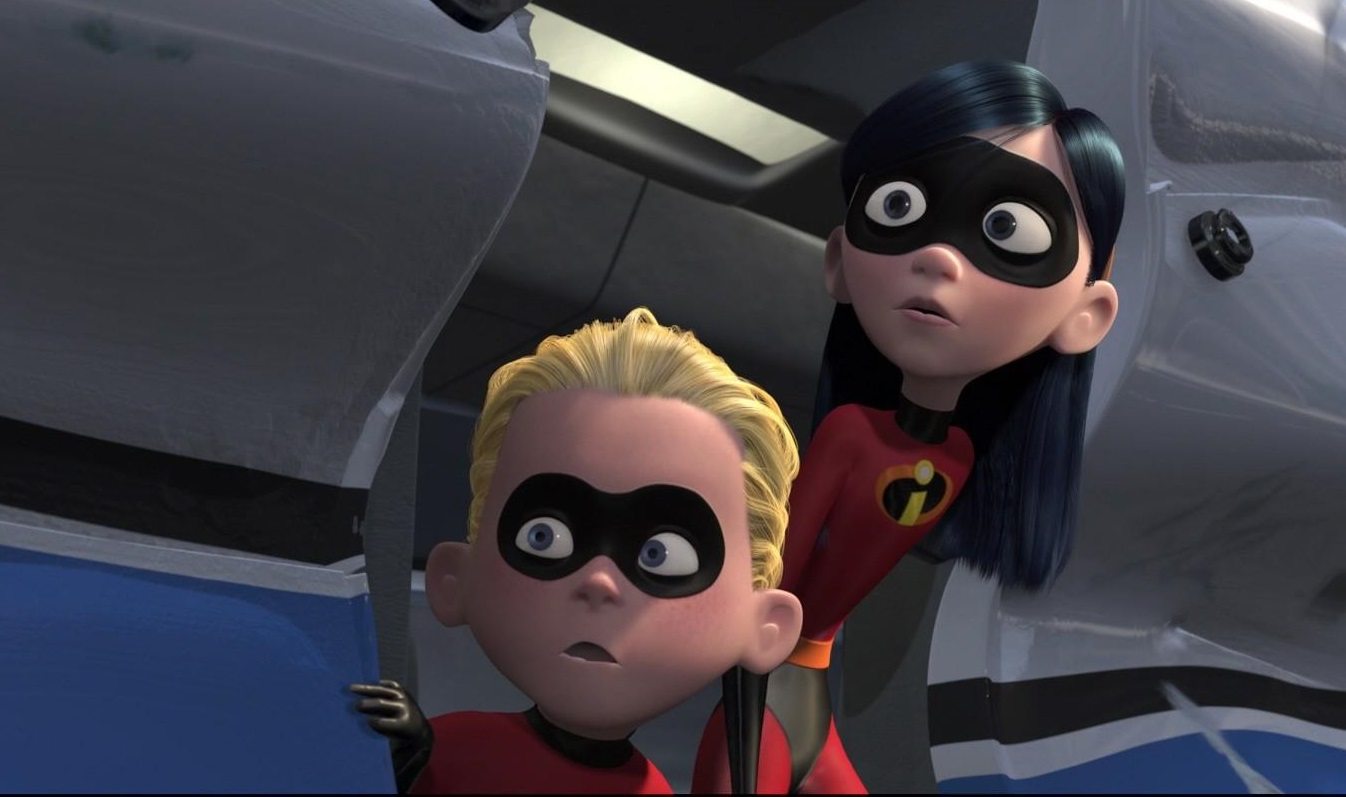 “Check out this Incredibles 2 fan theory.”

“Uh, OK. Is it a copy-paste job of some random Reddit posting that is now on Buzzfeed?”

This Incredibles 2 Fan Theory Suggests a Beloved Character Could Actually Be a Villain.

Now, I don’t have any problem with speculating future movie plots and suggesting potential villains for sequels. Just as long as you give good reasons for why you think the story will turn out the way you play it out in your head. I’ve done this in the past for saying that a revived Tadashi-turned-Sunfire would make for an excellent villain in Big Hero 7, but in that case, I backed it up with reasonable evidence for why it would make sense for the story that is begun in Big Hero 6.

What you’re about to read isn’t really a case for why Dash is going to be the villain in Incredibles 2. It’s barely more than a wild guess.

The Incredibles 2 won’t be in theaters for another three years, but the fan theories are already starting to emerge with Dashiell speed.

The most recent one comes from Reddit user Professor_Wonder.

Inspired after rewatching The Incredibles, this fan theory says who the villain will be for the animated sequel. (It definitely won’t be Syndrome, thanks to that whole cape/jet turbine fiasco.)

Oh, Stacey, you slay me.

According to Professor_Wonder, the villain isn’t going to be some brand new character, but instead be someone from the first film, someone we know and love: Dashiell “Dash” Parr.

This is a weird interpretation of the Redditor’s original post. He wasn’t saying it as if he’s some insider trying to crack the code while trying to pay attention during his meeting with the Illuminati.

He was just exercising a neat idea he had, certainly not to get attention or have people take his speculation seriously beyond “Oh, that’s cool, maybe.”

FOR STARTERS, DASH IS SUPER POWERFUL, WHICH IS ALSO HIS DOWNFALL.

Says who? Pretty sure having a cape is the only downfall we see much of in these movies so far.

Professor_Wonder points out how the Parr family’s oldest son “is always going to be told to [rein] in his superpower.”

Remember at the end of The Incredibles when Bob and Helen Parr had to keep reminding their son to slow down and get his super speed under control?

Yeah, it was right before the part where he listened to them without making a big deal out of it because he knows he could win the race easily.

Where’s the emojii that makes a “shocked” face?!

and teenagers are definitely no better on that front.

Tell us more about teenagers, MTV.

Growing up, how many times did you do the complete opposite of what your parents wanted you to do?

Which means Dash could be a compelling character, but a villain? You’re going to need more than a Green Acres diatribe about growing up to reverse the typical coming of age trope we know Brad Bird is a fan of.

MOREOVER, HE RECEIVED POSITIVE REINFORCEMENT WHEN HE ACTED OUT IN SCHOOL.

But you just said that the problem would be that he does the opposite of what his parents want him to do. If you’re concerned about his parents being enablers, then that’s a totally different issue.

After using his powers to put a tack on the teacher’s chair without being noticed (well, almost), his normally melancholy dad perked up and actually smiled and laughed.

What a terrible…father? If anything, this is a positive sign that he gets different types of support from his parents.

True, his mom wasn’t having it, but Dash paid more attention to his dad’s reaction than to his mom’s.

OK, that’s fine and all, but these are just normal behaviors of young kids, not future villains of superhero movies (not that you can’t craft a good origin story out of something mundane, it’s just that you need more to go off of than “look at this imperfect character with imperfect surroundings”).

Professor_Wonder stated, “Dash is able to garner some positive attention by doing something negative.”

Is there anything inherently “negative” or dastardly about a harmless school prank? His father is reinforcing a positive thing, which is Dash feeling free to use his powers from time to time and embracing who he really is. This is seen in the end of the film as you referenced earlier when they allow him to go out for sports.

It’s not like Mr. Incredible got excited about Dash robbing a grocery store or doing anything else illegal. He was glad that his son was just being a kid and having fun with his abilities.

BASICALLY, MIXING DASH’S TEENAGE IMPULSES WITH HIS DESIRE TO BE NOTICED IS A RECIPE FOR DISASTER.

Dash isn’t Kylo Ren. Plenty of superheroes are impulsive teenagers who want to be noticed. But they’re still ingrained with decency that makes them heroes. Dash is already that type of character, so assuming his hormones are going to turn him to some dark side is random, not something to be expected.

It’s the same with normal teenagers. How many tough acting kids do you know who would never harm a fly? If anything, Dash’s arc would make more sense if it positioned him as a hothead superhero who does good things for the wrong reasons, causing unintended consequences. Think Speedball from Marvel’s Civil War comics.

Why did Buddy Pine become supervillain Syndrome? The main reason was because he desperately wanted to be Mr. Incredible’s sidekick, and the superhero promptly shut him down.

OK…but this is a totally different—

Buddy was a teen who impulsively felt like he needed to defeat bad guys like Bomb Voyage, but he didn’t give himself a chance to stop and think about the best way to handle the situation.

OK, but it was also about his feeling inferior to the real superheroes because he lacked powers. That’s kind of irrelevant to—

Instead, he dove in and took action, which ultimately backfired.

His plan of impressing Mr. Incredible and getting his attention failed.

Sure, but that’s probably because it was based on an inherently unhealthy relationship.

Buddy tried to force himself into Mr. Incredible’s life as his ward, but you can’t just transfer that dynamic onto Dash, who’s his real son.

TBH, it’s not totally out there to think the same kind of thing could easily happen to Dash as well.

OMG, well, yeah, it kind of is for two big reasons. 1) Buddy and Dash are completely different characters with completely different motivations, abilities, and connections to the main plot. 2) Brad Bird is pretty good at making movies, so it would be very odd for him to replicate the Syndrome origin story for someone like Dash, who is already a character with an established personality.

I don’t want to harp on the Redditor at all, as I said earlier. His full post (which Stacey omits over half of) has interesting ideas in it that are worth a read if you’re interested. It involves a way to present Dash as a character who carries on the subplot from the first film involving Edna’s super suits, and even though it’s probably just wild speculation, it’s ten times more interesting than boiling it all down to those darn teenage kids pulling an Anakin.

3 thoughts on “Snarcasm: The Villain of ‘Incredibles 2’ Is Going to Be Dash, I Guess”