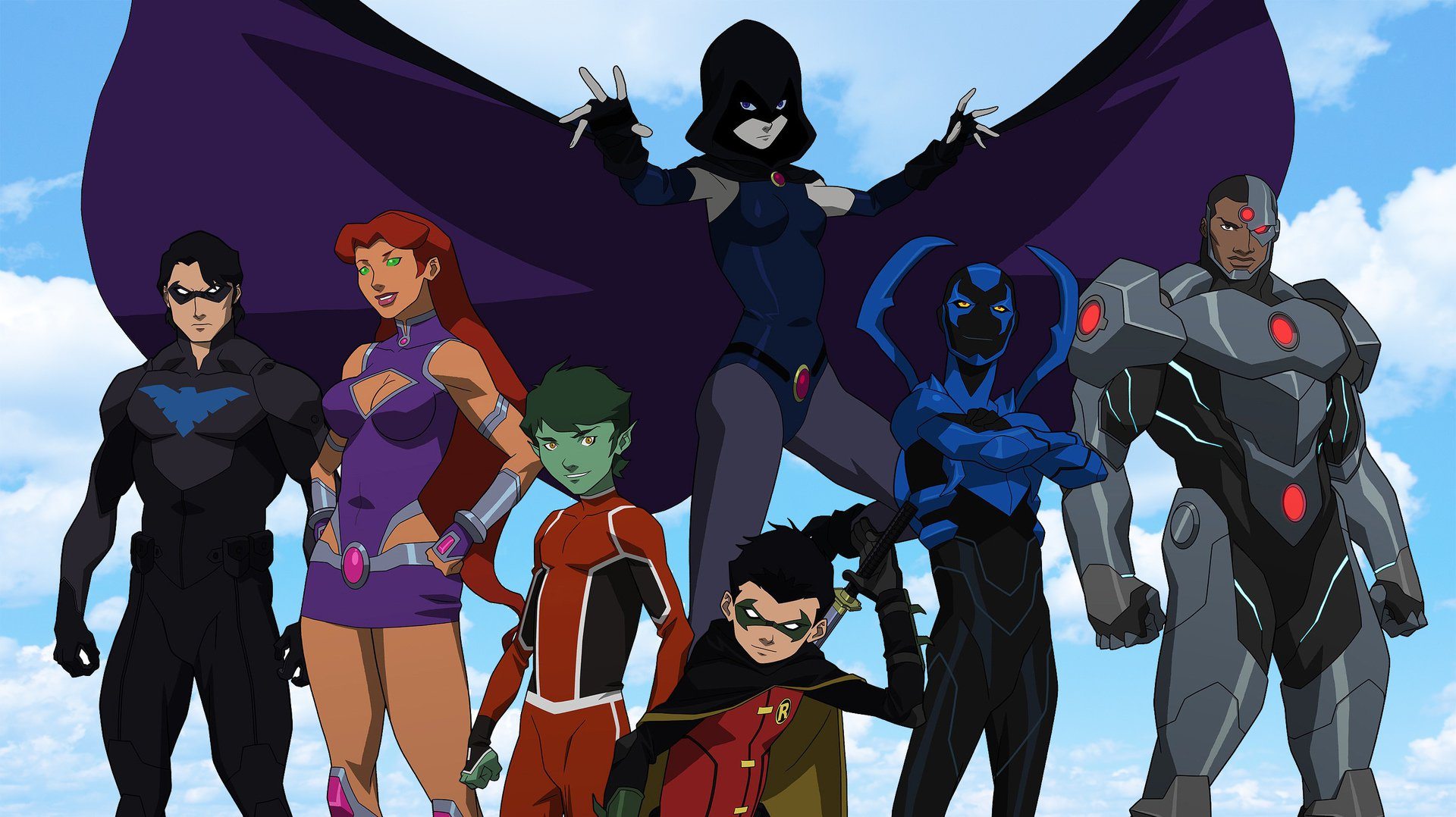 In 2014, WB Animation kicked off a more cohesive series of DVD/On-Demand DC Comics movies, starting with Justice League: War and Son of Batman. Most of the follow up movies since have been quite solid, sporting new takes on the characters that derive from a mix of New 52 and more classic comic book stories.

The Batman features have probably been the best out of all of them, which is why it’s so interesting to watch Justice League vs. Teen Titans, which almost acts as a referendum on how much more compelling these younger, less established characters are compared to the “major leagues” as Cyborg puts it.

It’s not exactly a problem with the movie, but the title itself is actually quite misleading. This is a Teen Titans movie where the Justice League is more of an afterthought and in the background. True, there is some brief action between the two factions, but it’s of little consequence and certainly not the focus of the plot.

The story is really about two characters, starting with Damian Wayne (the new Robin and son of Batman) joining the Teen Titans in order to curb his rebellious ways. As he meets his new teammates, the story shifts to the viewpoint of Raven, the daughter of Trigon (Satan, basically, according to Raven herself). From there, it becomes her movie, with Robin’s story thankfully becoming a side plot. 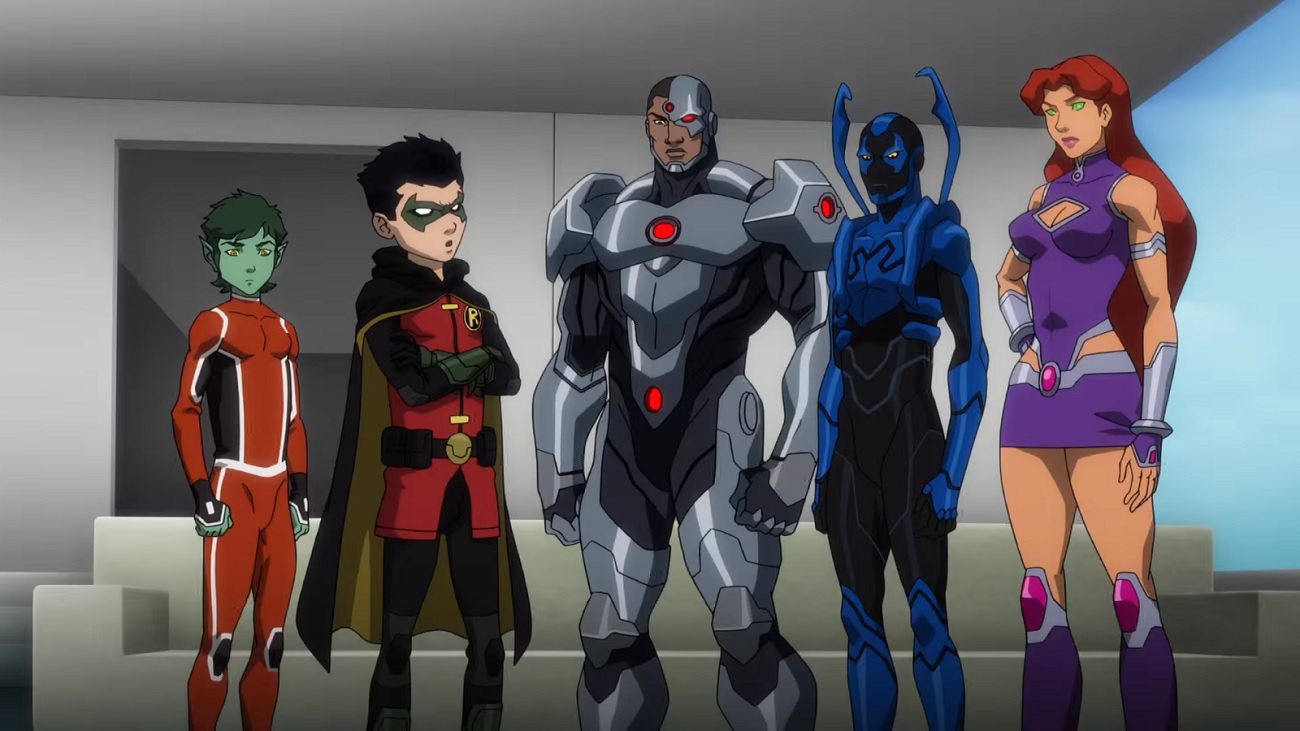 What makes Teen Titans bold here is how freely it celebrates all corners of the lore that inspired it. This will certainly be a nostalgic adventure for fans of the early 2000s Teen Titans cartoon, but it also works for fans of the New Teen Titans comics, Young Justice, and Teen Titans Go (unfortunately, as clearly shown by the inclusion of an overlong dance sequence and a costume montage reminiscent of Sailor Moon).

This eclectic mix of characters, themes, and visual elements helps make Teen Titans feel almost new again, thanks to its willingness to embrace the edgier tones and storytelling consistent with the Justice League and Batman movies from recent years. The Titans curse, talk about sex, and frankly, act like teenagers. It’s somewhat surprising, at first, but it makes perfect sense when the Justice League does show up to remind everyone that in this universe, characters actually bleed.

The story itself is a big improvement over the more clumsy Throne of Atlantis last year, which tried to juggle Aquaman’s origins with a world-saving plot. Teen Titans goes for the same origin story with Raven, but it’s more effective here because the somewhat less exciting aspect of her origin is out of the way. The movie starts with characters who have a history together, giving viewers a chance to meet them for the first time alongside Damian.

Speaking of the son of Batman, he’s a little less insufferable this time around, though if you already find him annoying, this movie won’t change your mind much. But there is a satisfying story arc here that finally grows his character in a meaningful way, which we haven’t seen done well since Batman vs. Robin. And most importantly, I’m more excited than ever to see what comes next for his character. 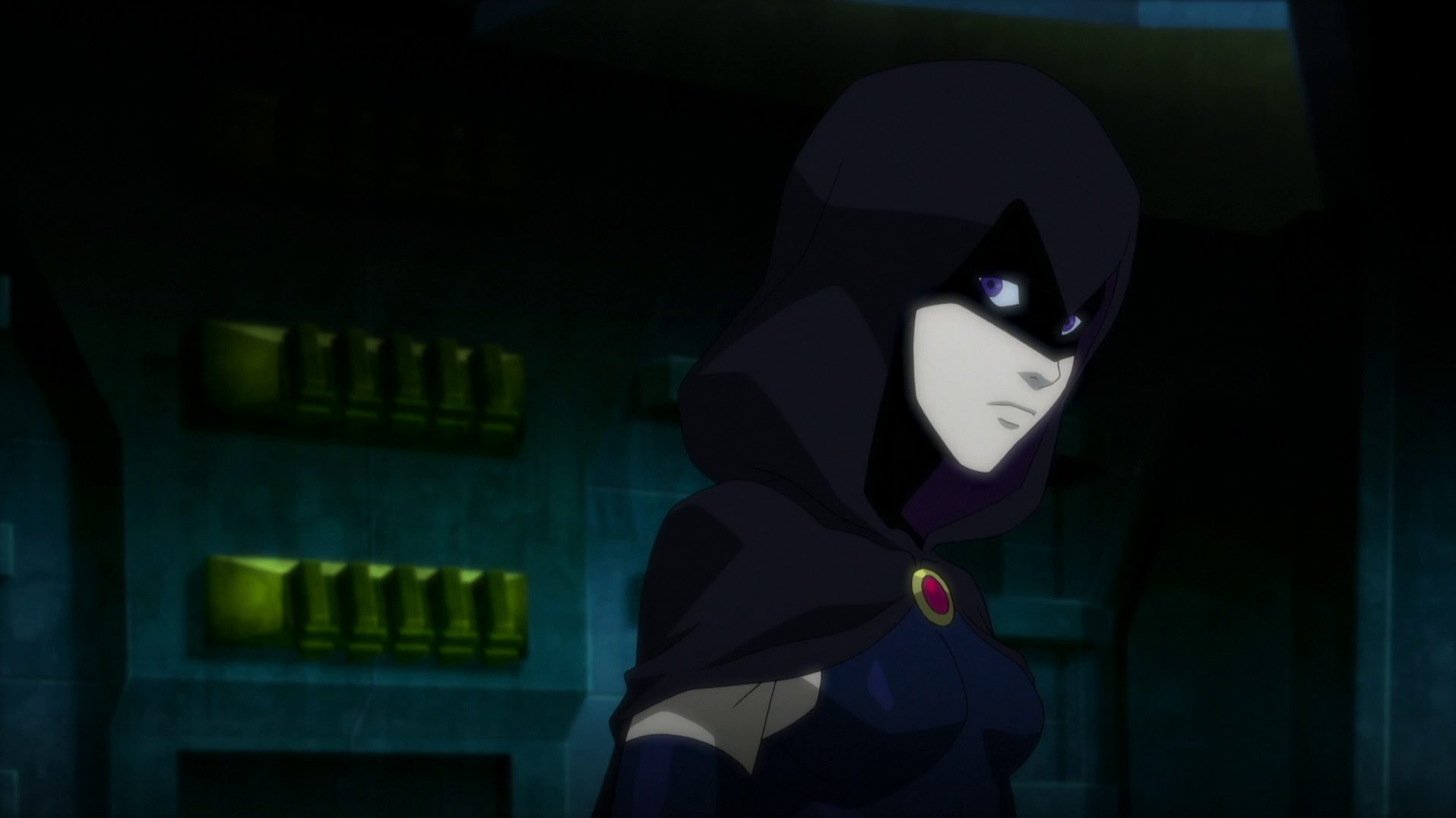 The classic characters are all here — Starfire is older and serves as the leader (as well as Dick Grayson’s implied sweetheart), Beast Boy fits the same role as the cartoon, Raven is an interesting foil to Damian’s self-loathing, Blue Beetle carries straight over from Young Justice as the Cyborg surrogate, and even Cyborg himself gets a chance to split time between the Titans and the league.

You can perhaps extract more meaning, then, from the title Justice League vs. Teen Titans, in that it’s less about the actual battle between the two factions and more about Damian’s struggle to find identity with either group. Should he follow his mentor or find teamwork with people his age? It’s not  the movie’s main theme, but it’s a useful way to unpack what is mostly a harmless story that feels updated for both old and new fans of these characters.

5 thoughts on “Review: ‘Justice League vs. Teen Titans’ Is An Exciting Step Forward For Titan Fans”