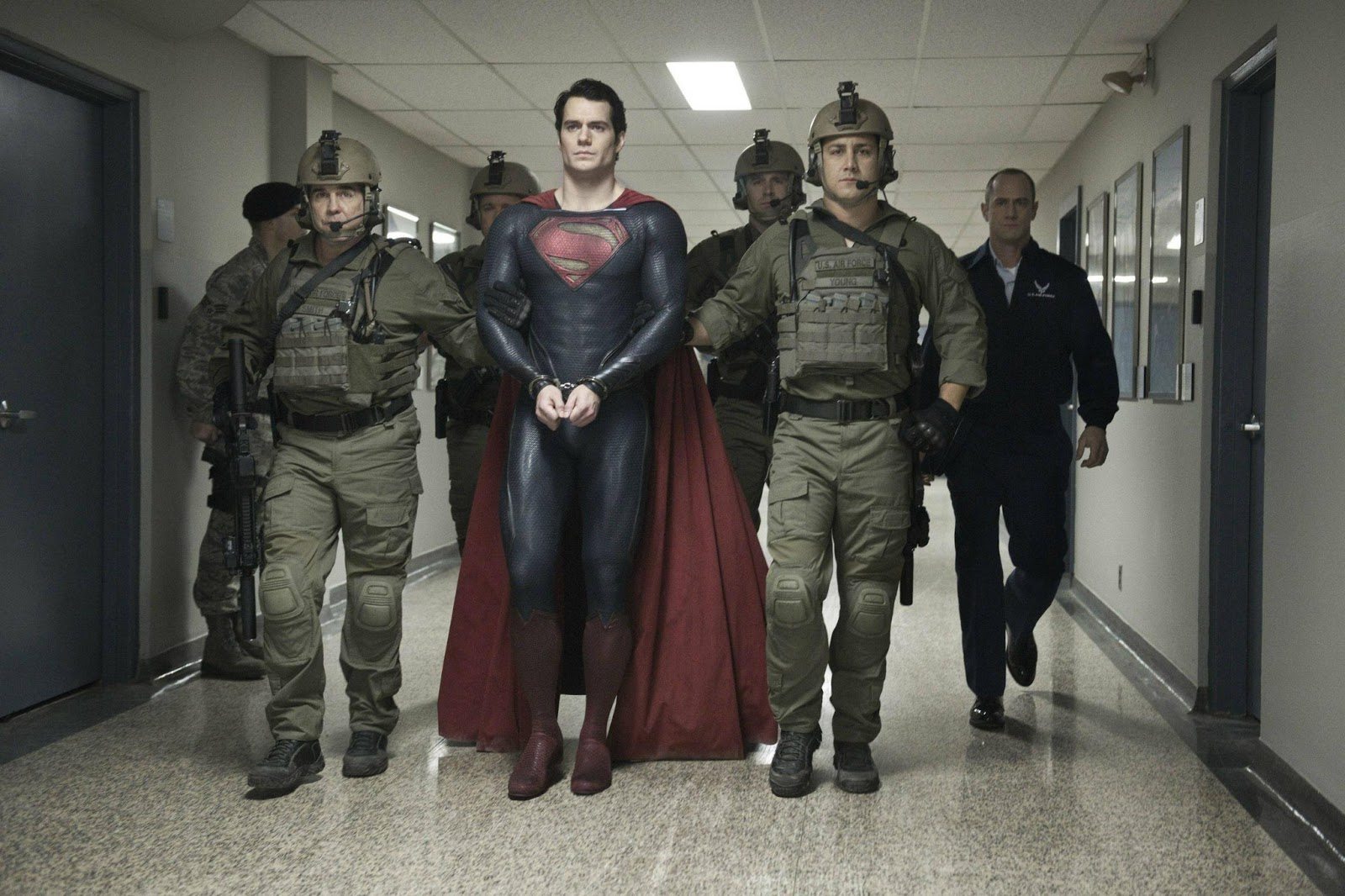 From my inbox: “Man of Steel is a lot better than people give it credit for. In fact, it’s pretty much flawless.” – Shadan

The first “can’t put my finger on it” issue with Man of Steel is its identity crisis. Is it a space opera or a superhero movie? While some of the best superhero movies attempt to mix genres (the spy thriller undertones of Captain America: The Winter Soldier are a fine example), Man of Steel fails to commit fully to its aesthetic, bouncing themes and ideas around without any sort of thread that connects them.

Make a better world than ours, Kal. – Lara Lor-Van

This is partly because Man of Steel spends most of its long running time explaining what Kryptonians are, rather than who they are. And this of course carries over to Superman himself, who is so embedded in mainstream culture at this point that any sort of follow up has to sell him in a unique way in order to be effective.

The structure is overtly reminiscent of Batman Begins, and for good reason. Nolan’s 2005 rebirth of the Batman film franchise led to WB’s critical and financial smash hit, The Dark Knight, oft cited as the best superhero movie of all time. It makes sense that the studio would want to retell Superman’s origins with the same kind of flashback-focused narrative that combines backstory with the drama of the hero’s first journey.

In Batman Begins, however, there’s a clear vision that unites these flashbacks with present day, mostly because Christopher Nolan had creative authority. In Man of Steel, which was helmed by Zack Snyder, it’s clear that some parts of the film had separate influences. To put it bluntly, it’s jarring to jump from a Zack Snyder sci-fi movie to a Christopher Nolan origin story (with some vague Dragonball Z aesthetics thrown in during the final act). 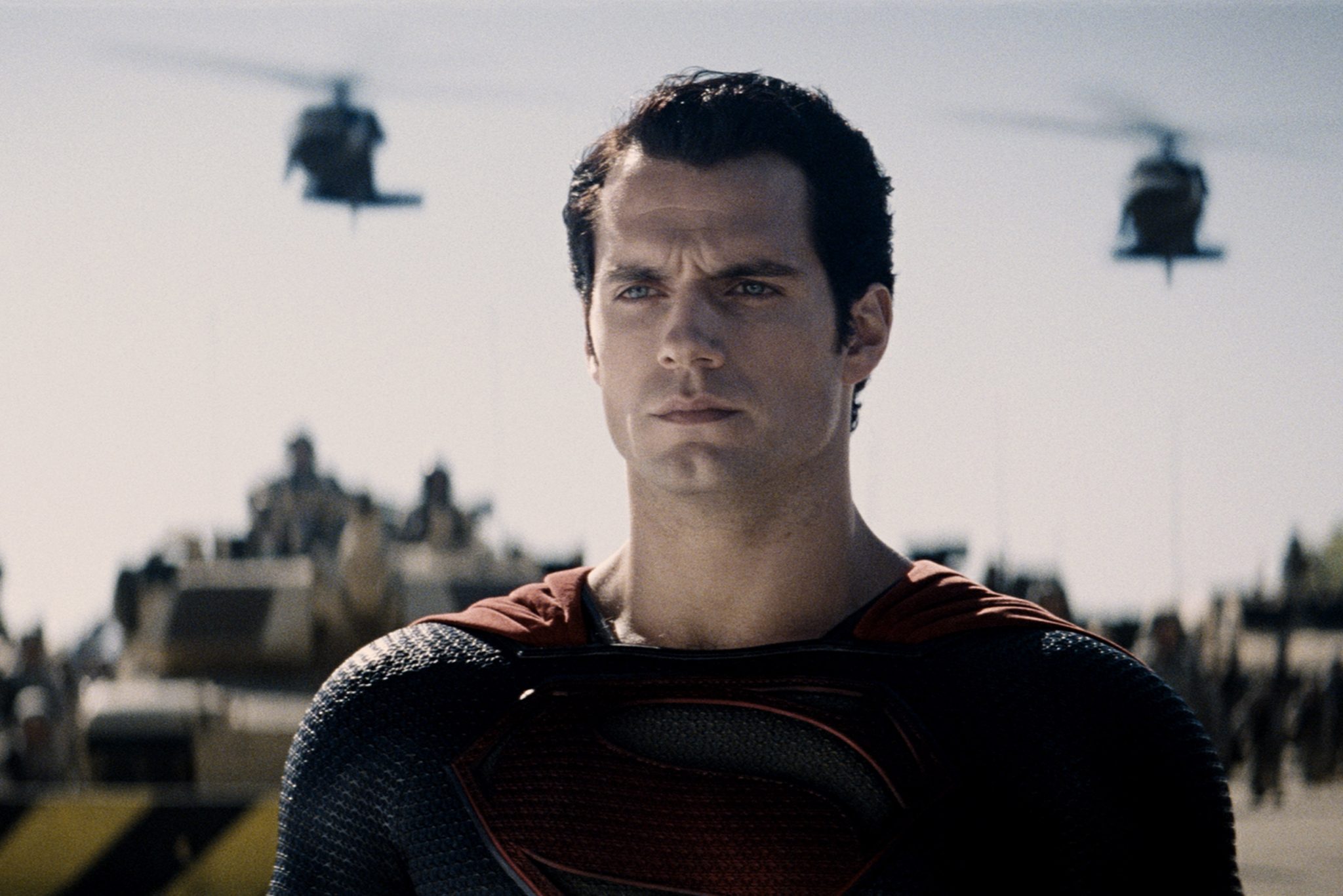 Henry Cavill as Clark Kent is a double-edged sword of satisfaction. He absolutely looks the part, and his early wanderings in the movie are a highlight. Watching him show restraint in the face of overwhelming opposition (only to sacrifice the mystery in order to be a hero) is both a clever and unique way to make sense out of why he wants to be Superman in the first place.

Aside from this, Clark Kent is a character with very little to do, and even fewer critical decisions to make (which is why it feels bizarre when he does finally do something surprising). Instead, he merely reacts to everything around him as he scrambles from plot point to plot point. True, the script tries to add depth to his character with carefully worded interactions between him and the supporting cast, but they’re offset by impossibly moronic character decisions, notably with Jonathan Kent’s guidance and ultimate sacrifice that makes very little sense constructively.

People are afraid of what they don’t understand. – Jonathan Kent

Clark Kent is presented as a blank character who has more symbolism thrust upon him than any of the humanity (or Kryptonianity) that would make such symbolism feel substantial. Before the movie has a chance to actually go somewhere with Clark’s future and motivations, an all-out brawl erupts that monopolizes the final act, undercutting most of the thought-provoking ideas that would have justified the movie’s exposition. By the time the end credits start rolling, the audience is left with a titular character who is actually quite boring. 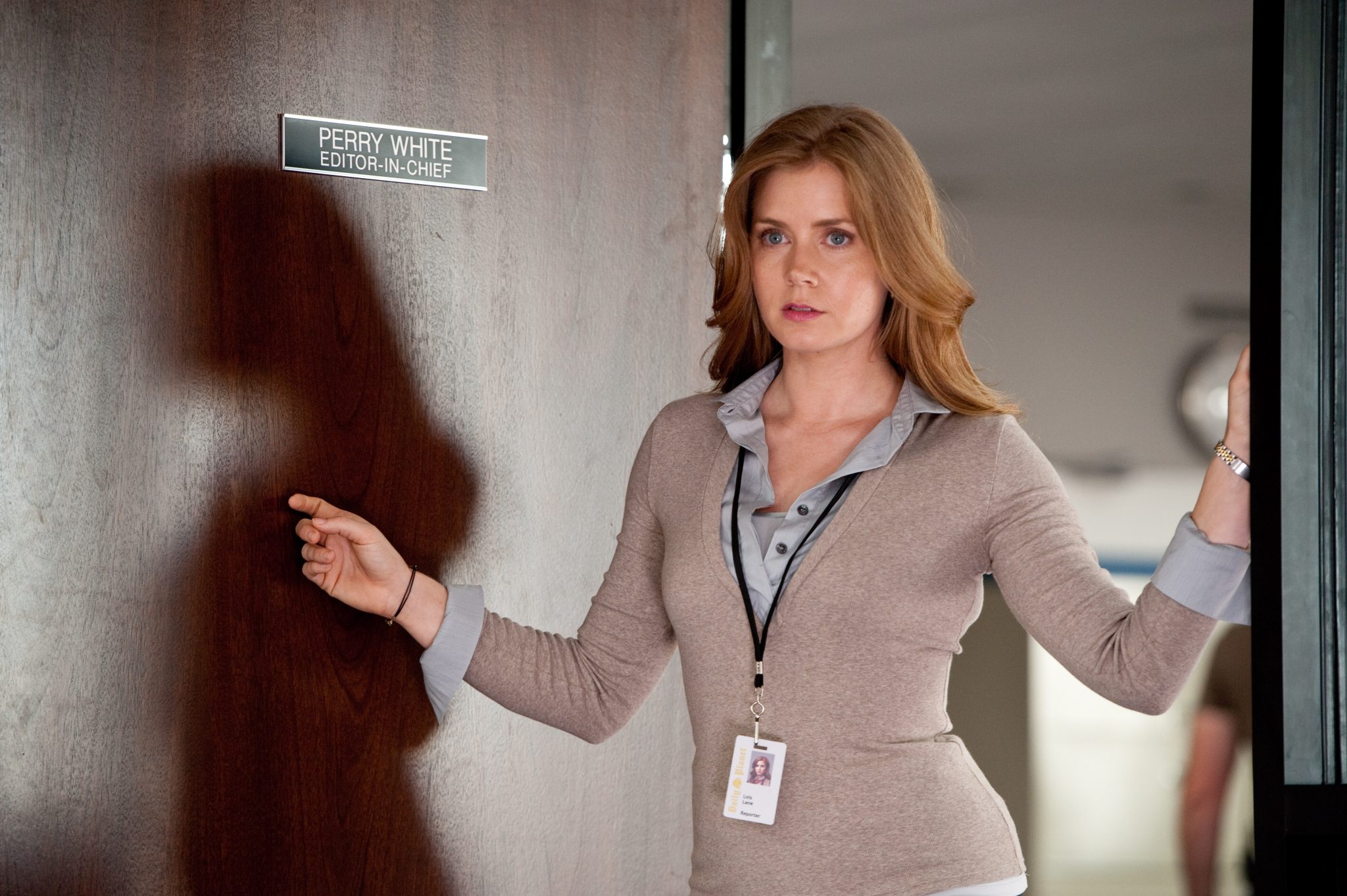 Some of this could have been forgivable if Man of Steel had better handled its Lois Lane, which is likely the levity-filled saving grace of the first few Superman films. Unfortunately, the chemistry between Amy Adams’ Lois and Cavill’s Superman stumbles around in order to feel a little less forced than it deserves. The characters exchange few lines before major reveals (and out-of-context romance) take place, which could have been a novel idea if the film had offered more weight to these crucial moments.

Despite all of this, Man of Steel is not a terrible movie. In fact, it succeeds in many ways that its predecessors fell short. It gracefully omits typical Superman lore (Lex Luthor, kryptonite, etc.) in order to put attention on a unique narrative, complete with an awe-inspiring reimagining of Krypton. The action scenes are certainly eye-catching, discounting the egregious IHOP product placement and overly extended set pieces.

But overall, much of what Man of Steel offers in terms of themes, characters, and plot simply doesn’t mix with the established mythos of Superman. This wouldn’t be a problem, of course, if the movie wasn’t trying to tackle the most recognizable superhero of all time.

A gritty, more realistic take on Batman made sense because the character himself is already  somewhat grounded, making his internal struggle as endearing as it is believable. To replicate this, Snyder doubled down on how Superman is essentially Earth’s “messiah,” an enduring (and obvious) interpretation of the source material. The problem is that this isn’t what people actually love about the character, despite how fundamental the Jesus story is to Clark Kent. What people love about Superman lies elsewhere, far removed from a 33-year old Superman posing on a figurative cross in outer space. That kind of Superman is, for lack of a word already mentioned in this review, boring.

Simply put, Snyder’s Superman is a messiah, a son, a hero, and a wanderer. But strangely enough, he’s never a character. Not an interesting one, at least. And that’s all anyone was asking for.

4 thoughts on “Unopinionated: ‘Man of Steel’ Isn’t the Superman Movie We Asked For”