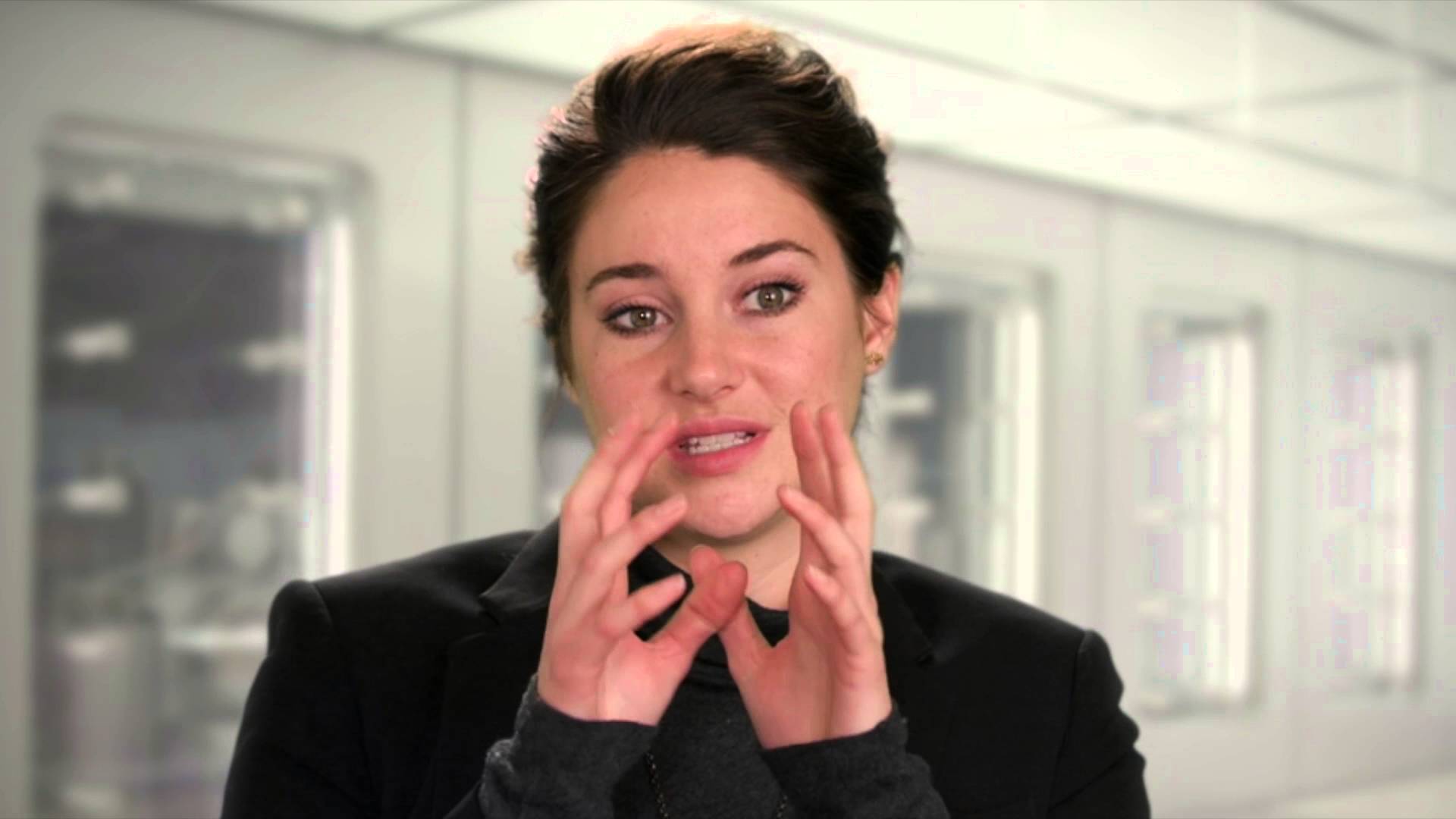 I think we can all agree that an interview with Miles Teller would’ve been unpleasant and boring, so I disguised myself as Molly Ringwald’s agent and stood next to a Starbucks community board in Beverly Hills until Shailene Woodley just had to talk to me.

We sat down and discussed her new movie The Divergent Series: Allegiant based on the novel “Hunger Games” by Sapphire, as well as some other things you actually care about.

JN: I have to admit something Shia LaWoodley.

JN: I’ve never done a No More Questions interview with someone younger than me. I hope I don’t break the law here…

SW: We’re both adults, so there’s nothing to worry about.

JN: Hey, whoa, Shia. Are you hitting on me? Because—

SW: Do I know why people can’t explain why they don’t like me? That’s what you’re asking?

JN: Apparently, both of us are.

SW: …are we going to talk about the movie at some point?

JN: So Shaileancuisine, how has being the star of a young adult book franchise that most people hate changed your life?

SW: I don’t feel like my life has changed at all.

JN: Not at all? Because your haircut begs to differ.

SW: I’ve changed a lot because I’ve grown in the last four years. But my values, my morals, what I stand for, hasn’t changed because of this movie. I feel blessed because I have more opportunities artistically.

JN: Are you saying Divergent is…art?

SW: (laughs) No, of course not. I just have the name recognition to do better work now.

JN: Now you can make those dollas!

(we high five, but Shailene is clearly more into it than I am)

JN: It’s clear that no one takes Divergent seriously at this point. So why do you think celebrated actors like Naomi Watts, Octavia Spencer, Kate Winslet, and even Jeff Daniels keep showing up in these things?

SW: I have a few theories on this because it baffles me, too. Like first day on set, I said to Kate Winslet, “Why are you even here? It’s not like you started out as an extra on Degrassi.”

But then I looked over and saw Jai Courtney by craft services, and Miles Teller and I sort of looked at each other and in unison went, “Ohhhhhhhh.”

JN: But Jailene Woodley—er—Jai Courtney isn’t in this next movie…

JN: Let’s just be honest Shirelene, you’re quite attractive. But not obviously attractive. Would you say that this has hurt or helped your career, disregarding The Spectacular Now?

SW: I’m glad you brought that up, because ever since The Secret Life of the American Teenager, I’ve had trouble looking at myself in the mirror. But for whatever reason, my boyfriends from other movies keep showing up in the same movie with me.

JN: You don’t seem weirded out by it. You…seem to like it.

JN: (I look down at my shoes for some reason) What would you say is your worst movie?

SW: I get this question a lot, but the answer always changes. Recently, I said Fault in Our Stars because I was having a conversation with Willem Dafoe and needed him to stop crashing on my couch. Before that, I told everyone The Descendents so Willem Dafoe would get jealous.

JN: Yes, I’ve read on Reddit that it’s a great couch. What was your first thought of me?

JN: I wanted you to think I was unpredictable.

JN: What gives you the right to judge me?

SW: I make more money than you, for one thing.

JN: True, but I’ve been on fewer garbage TV shows.

JN: What? Is that Miles Teller I see?

JN: Shaimean-to-Jon was just talking about how her career has been mostly terrible.

SW: He’s not going to let you use his shower again. It’s been two years.

JN: I’m sensing a lot of tension here, guys. Sparks between your characters in Allegiant? Might as well go full Hunger Games at this point.

SW: No love triangles, or I walk. That’s in the contract.

(Miles shakes his head at this obvious bluff).

JN: Speaking of better franchises, a lot of people — mostly me — like to compare movies to famous soda brands. Between Divergent and Hunger Games, which of you is Coke and which is Diet Coke?

(Miles and I start laughing uncontrollably)

(Miles and I stop laughing and just stare at her)

SW: OK, um. You guys should know. I’ve never watched a movie before. Not even a TV show.

(Miles and I look at each other)

In Unison: Ohhhhhhhhhh. /MT: that explains it.

2 thoughts on “No More Questions: Shailene Woodley from ‘The Divergent Series: Allegiant’”