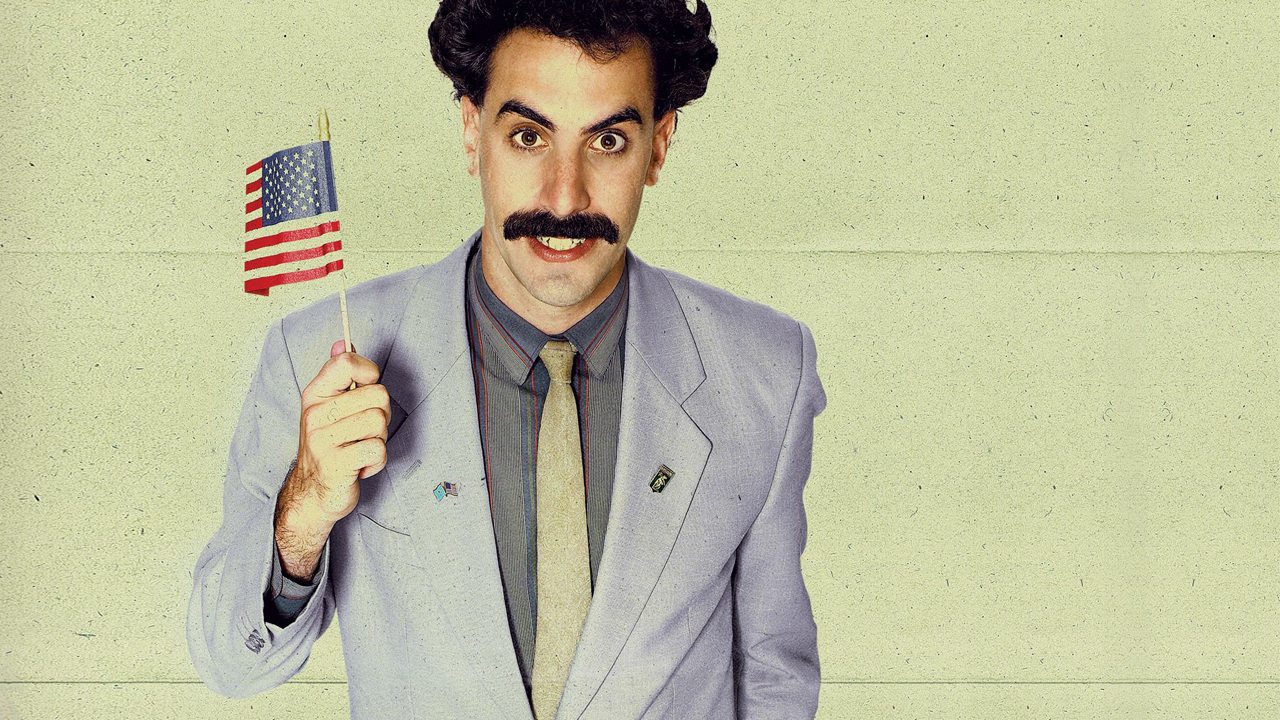 At first glance, it’s easy to dismiss Borat: Cultural Learnings of America for Make Benefit Glorious Nation of Kazakhstan as an important movie because of its popularity (as well as the length of that subtitle). Not that anything is wrong with being popular, it’s just tempting in hindsight to attribute the movie’s success more to controversy, rather than the movie being as funny as it is.

What originated as an afterthought to Cohen’s more popular character at the time, Ali G, “Borat” as a character found huge success on the big screen as an eccentric reporter who acts in character around real people. Most of what makes Borat funny is the give and take between Cohen and his real-time American costars, who think he really is an offensive man from Kazakhstan (much to that country’s disdain).

In 2006, it was still unpopular to satire perceived greatness of America (Newsroom wouldn’t upend this accepted belief for several years). Yet Borat struck a chord with audiences on both sides of the political spectrum for how accessible its jokes were without polarizing one side. Then again, you don’t have to be either conservative or liberal to think stuffing Pamela Anderson in a wedding sack is funny.

And that’s perhaps because the embarrassment of Americans on the street aspect of the film is joined by some more neutral observations of blue-collar folk. The fact that these people are sometimes polite to a fault when dealing with foreigners says just as much about America as what they get offended by. 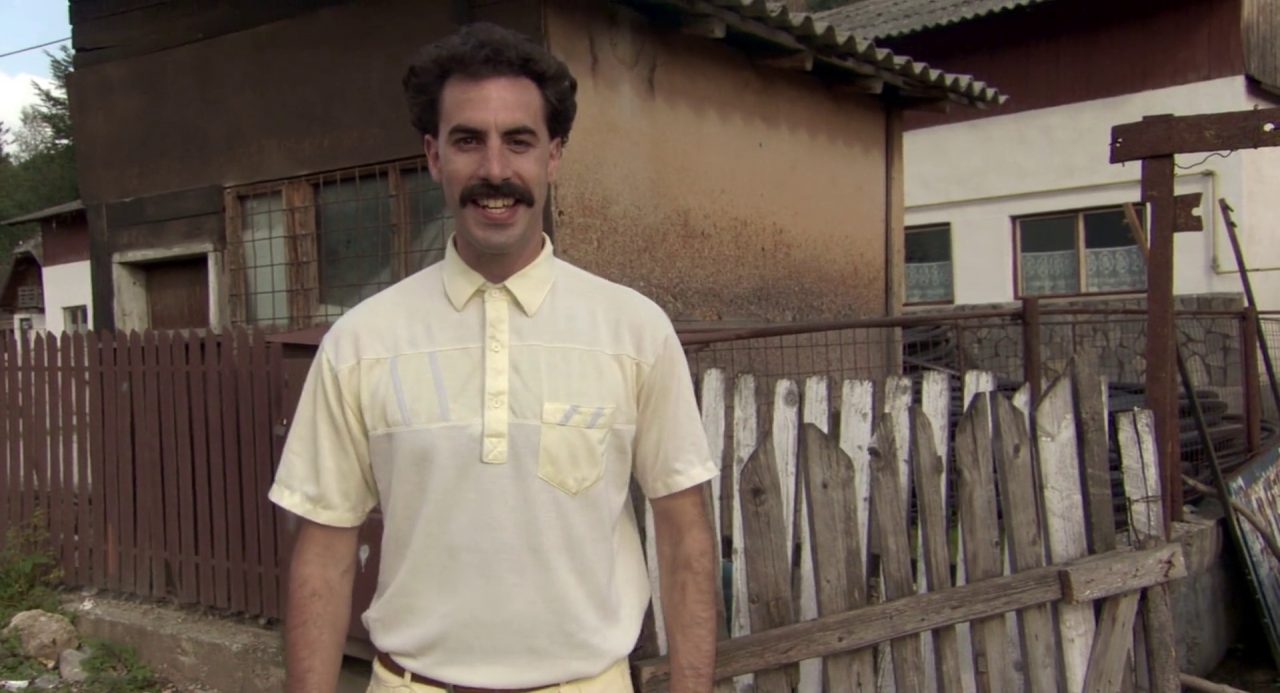 Cohen himself does some of his best work here, and just off the success of his character in one of Will Farrell’s best films, Talladega Nights. His performance and commitment to his persona is obviously impressive, but that’s not even mentioning the rapid-fire wit he brings to the movie, even during some of the staged scenes.

Because of this, I find it nearly impossible to peg the movie’s genius on any one thing. The jokes are hilarious, but in the least impressive way. Cohen is a smarter actor here than I think he gets credit for, but that might only be a result of how dumb everything is around him.

Without much of a plot to bring into the discussion, that just leaves the concept itself to decide whether or not Borat truly is one of the most essential comedies of the new millennium. Based on that criteria, I hesitate to make that assumption, especially considering how lackluster Cohen’s followups have been since. While it’s unfair to judge Borat on any of his other films, it’s still helpful to hold them up as proof that Borat isn’t quite the masterpiece we thought it would be ten years ago.

I won’t be catching Brothers Grimsby (or just Grimsby) this weekend, but we’ll no doubt cover the movie in this week’s podcast. Since The Dictator, I’ve all but given up on Cohen’s comedy, despite the fact that the man is one of the smartest comedians out there if you’re not judging this by his work alone.

8 thoughts on “Retronalysis: Sacha Baron Cohen is the Only Great Thing About ‘Borat’”