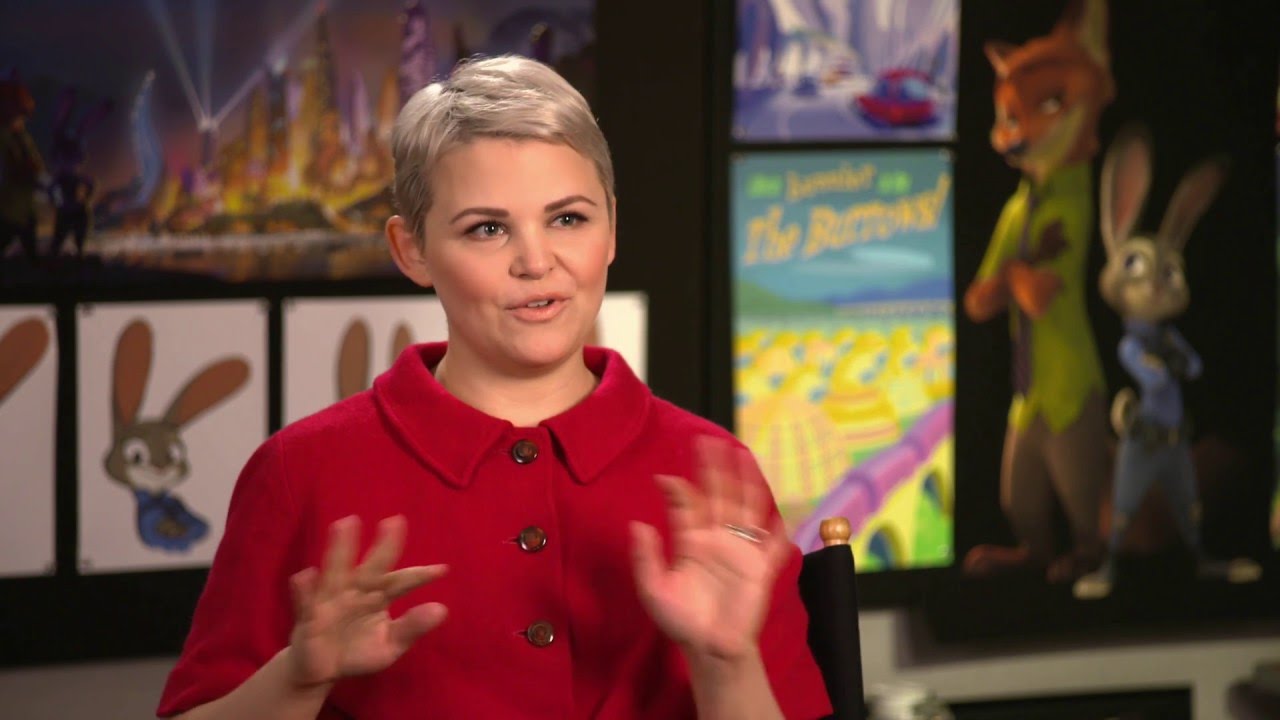 This week, Ginnifer Goodwin was kind enough to forget to fire her publicist for letting me get her personal phone number in order to mass text her enough times to land this interview.

Lending her vocal talents to the upcoming Disney animated movie, Zootopia, Ginnifer spills the beans on bunnies, rabbits, hares, and the differences between them that shape our existential moralities.

Just kidding! We talk about Josh Dallas a lot.

*Note: No More Questions is satire. It does not reflect the actual views of Ginnifer Goodwin, Jon Negroni, or anyone else mentioned in this interview. Some of the content in this interview comes from actual quotes by Ginnifer in other interviews. Seriously.

JN: Hi Ginevra. How do you react when people confuse you with Bonnie Wright, the actress who played Ginny Weasly in the Harry Potter films?

GG: Well, I don’t go by Ginny, so that’s an odd question. And her name is Ginevra, but mine’s Ginnifer (laughs, sort of). What’s going on right now?

JN: I can’t speak for readers at home, but we’re all sort of wondering why you changed your name from “Jennifer.”

GG: (squints) It’s not a secret. I changed it to match the dialect of “Ginnifer.” Anyway, I’d love to talk about my character in Zootopia—

GG: Is…is that the theme song from that reality show, Utopia?

JN: You play a bunny police officer with hundreds of brothers and sisters. Yet you’re the center of your parents’ attention to the point where they leave them unattended during the entirety of your school play. Do you feel guilty for this level of narcissism?

GG: Who, me? Or the character?

GG: Judy’s parents love all their children equally, first of all. And it’s funny you bring up Judy being the main character, because not many people realize that originally, Nick the fox was the protagonist while I played more of a sidekick.

JN: Until you pushed him aside so you could wax your ego.

GG: No! Disney realized that this version of the movie was too bleak, so they repurposed the story.

JN: OK, but what did you do to Jason Bateman that nearly got him fired from the gig?

JN: You can just whisper it to me, and I won’t put it in.

JN: How do you respond to the people who think Zootopia is the worst movie of all time?

GG: Well, I haven’t heard anyone say that. What’s great about the movie is how it has so many themes. And some of these themes contradict each other in amazing ways.

JN: Sort of how you’ve been contradicting yourself during this entire interview.

GG: Just like that! (Laughs and tries to get me to laugh as well, but I don’t) And I can’t wait for a sequel.

JN: Sure, lots of people are engaging in sequel talk, only for a different Ginnifer Goodwin movie.

JN: Sure, yeah. The He’s Just Not That Into You follow up where you’re the one the dude just isn’t that into. Well, I guess that means it’s about the same as the last one.

GG: (glances at publicist) You didn’t tell him to avoid a bringing that up?!

JN: Do you think people like you more now that you have blonde hair?

GG: (Eyes bulge and roll around) I think Judy is like a half-glass-full kind of bunny. Sort of like me.

JN: But the dye you used wasn’t half-full, for sure.

GG: It’s all about teamwork. Judy learns this lesson throughout Zootopia.

JN: You’re ignoring me more than your daughter in Once Upon a Time.

GG: Look, it’s not my fault that the evil queen forced Emma away from me and—

JN: It’s how we refer to your personality on social media platforms. When you start going off on fictional tangents, we say you’re ginsplaining. It used to be called jensplaining, but…

GG: Anyway, Zootopia is great because it’s as much of an adventure film as it is a comedy, and at the same time I cried when I read the script.

JN: So Zootopia has no focus? Why would you say something negative about the movie you’re promoting?

JN: Why don’t we see any reptiles or birds in Zootopia, a movie about diversity?

JN: You’ll kick the can down the road Oscars-style, huh?

GG: There’s a lot of opportunity in how—

JN: And what about bugs?

JN: What will these animals eat if they can’t eat each other? Or bugs?

GG: I think A Bug’s Life paints a good picture of how—

JN: What’s it like dating a co-star on set?

JN: Before you changed your name…

GG: No, I was Ginnifer at this point.

GG: Well, it’s not that important.

JN: How would you feel if you found out he was Josh Peck this entire time?

JN: Look, as an extra on Full House, I know something about dating your co-star.

GG: You dated one of the Olsen twins?

JN: Well, not one of them. Who’s conducting this interview?

GG: This isn’t an interview.

JN: That’s the most honest thing you’ve said all day. Well, that’s all the time we have with Jennifer Goodwin. Thank you so much for being on the show, and don’t forget to watch Zootopia at some point!

GG: Who are you talking to?

9 thoughts on “No More Questions: Ginnifer Goodwin from ‘Zootopia’”