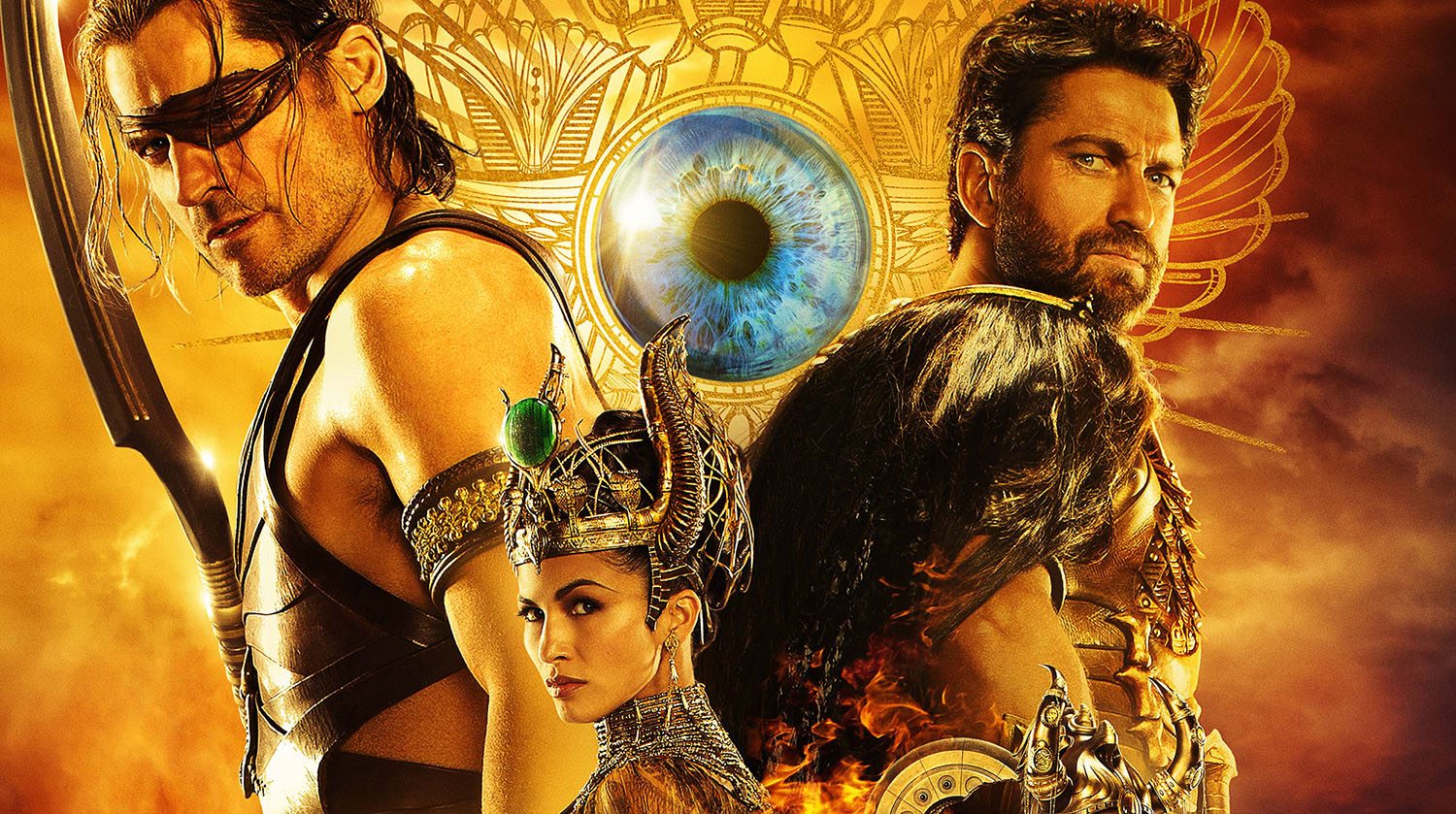 Directed by Alex Proyas, Gods of Egypt is a summer blockbuster conspicuously vying for your attention at the tail end of winter. Had this film been released in July, its long running time and frenetic fantasy set pieces may have been found a larger audience, and deservedly so.

Gods of Egypt is a reimagining of the Egyptian mythology as if it was reality (though the true mythology is hardly represented here), where the aforementioned state is the center of a flat earth guarded by Ra, the God of light, who must fight off an otherworldly demon “night after night.” One of the charms of Egypt is watching some of these outlandish concepts come to life in bold, albeit cheaply looking, ways.

The gods of this mythology live alongside the humans, and a hostile takeover by the king’s jealous brother (Set, played by Gerard Butler) throws the entire land into chaos. With the help of a plucky mortal thief, the king’s son (Horus, played by Nicolaj Coster-Waldau) must regain his godly powers stolen by Set and take his rightful throne.

Strangely, the plot is a clumsy patchwork of familiar 90s Disney movies, including The Lion King’s plot surrounding a banished prince losing the throne to his uncle, Aladdin as an Egyptian street rat, and some shades of Hercules, with one of the love interests being tied to the underworld.

In fact, the only character who feels unique and somewhat authentic for the African setting is played by Chadwick Boseman, a superb actor who delivers a sadly atrocious performance here.

Much of Gods of Egypt feels like a video game ripped out of a PlayStation 2, with frequent puzzles, fetch quests, and high-concept battles interspersing a world that feels massive and mysterious. But also like a video game, Gods of Egypt is filled with shoddy and even jittery cut scenes that are inexplicable for a movie that cost $140 million to make.

Alex Proyas is probably best known for Dark City, and though he wasn’t one of the writers for Gods of Egypt, his unique vision is still apparent in the script. The movie itself is rarely plain, and when it swings wide, it sometimes hits big. But many other times, the film misses greatly, and your odds of finding charm in its brazenness is about 50/50.

Perhaps if the Gods of Egypt embraced its clunky nature and dated visual style, it would be easier to recommend as a low-budget fantasy inspired by Immortals or Clash of the Titans. Though while it’s certainly more watchable than Wrath of the Titans, this is a fantasy epic you’re probably better off streaming at home.

8 thoughts on “Review: ‘Gods of Egypt’ Is a Lot Better Than It Should Be”