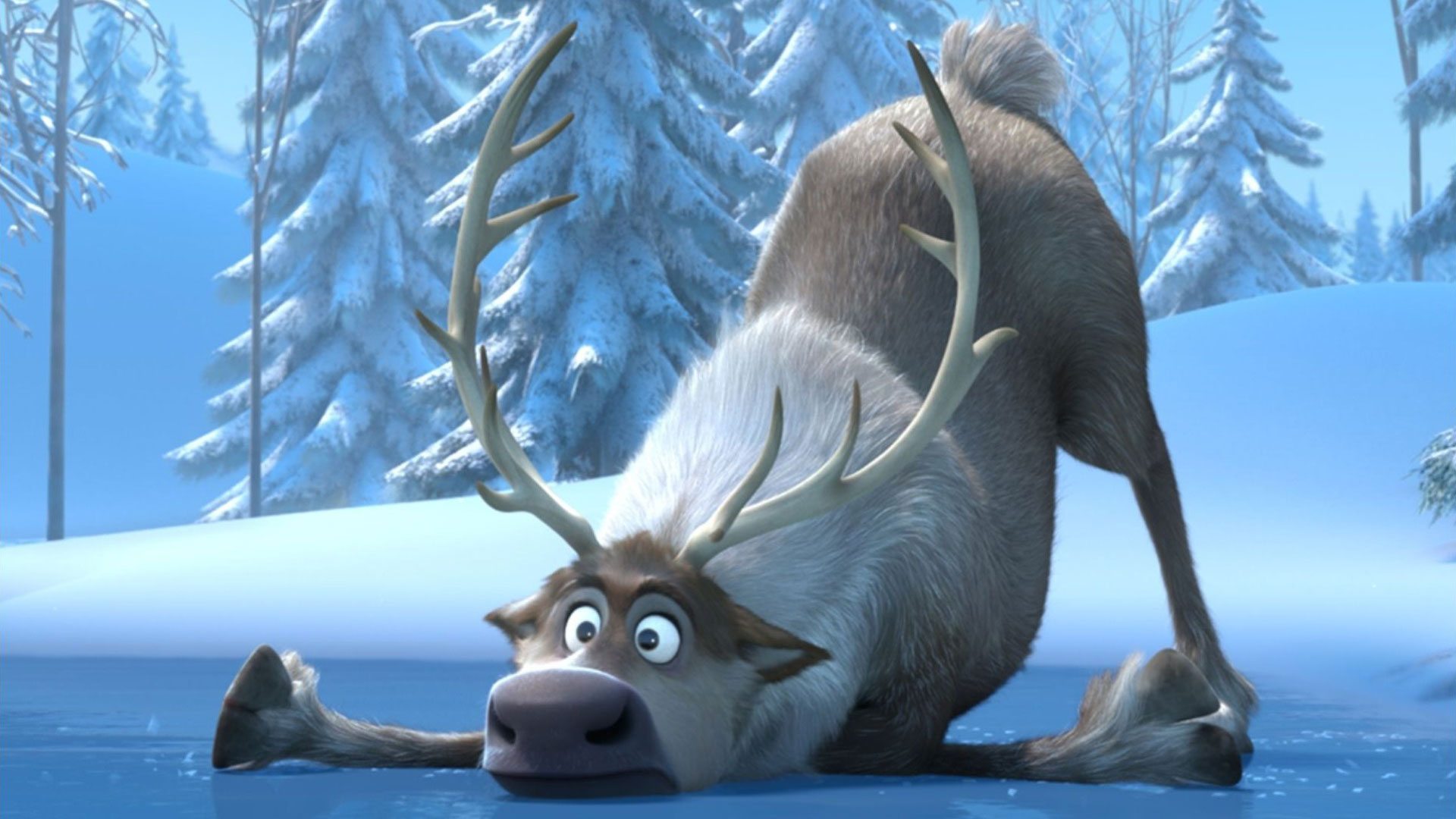 This week’s Snarcasm will be a tad different and (dare I say it) a little more serious than usual. Rather than take down one of the worst articles on the Internet (which have been nothing but fan theories lately), I’m addressing some fear, uncertainty, and doubt crisscrossing the world of animation.

And it really needs to stop.

See, I’m all for criticizing Pixar when they deserve it (see Cars 2 and the third act of Brave). They’re not perfect, and we can all agree that mistakes were made in how they executed their latest feature, The Good Dinosaur.

But the groupthink has been reaching a bizarre consensus lately that ignores the triumph of Inside Out and yes, the underrated value offered by The Good Dinosaur. It seems that some people want  Pixar to be taken down a notch in the public eye because Disney Animation has been killing it lately with computer animated hits like Tangled, Frozen, and Big Hero 6. 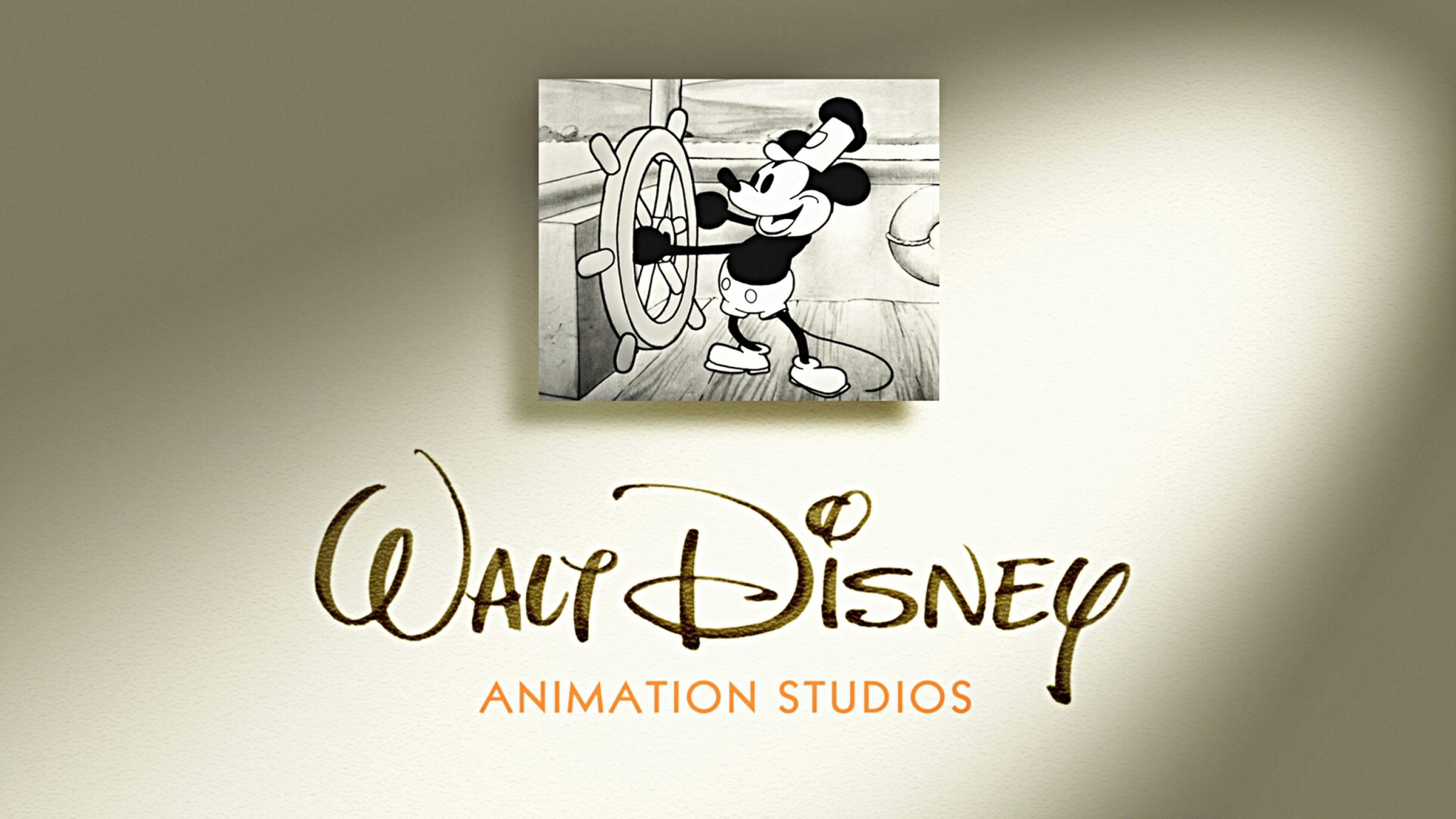 Is that fair? Let’s dig in.

Walt Disney Animation is Officially as Good as Pixar Now

Look, I know that the tagline for io9 is “Welcome to the Future,” but that doesn’t mean we can just skip ahead to a time period that doesn’t exist.

And I know that the last few movies made by Disney’s own animation studio have been big hits, but has anyone actually considered Big Hero 6 or Frozen to be better than Inside Out? Let’s read what Lussier has to say.

Lussier goes on to explain how most people don’t even realize that Pixar and Disney are separate entities. But a key thing he points out is that Pixar has long made their own movies outside of Disney’s control (even after Disney bought them).

just as Disney was releasing all those Pixar hits, Disney Animation—a branch of the company with one of the most amazing resumes in film history—was still releasing its own films. Films that usually, and unfortunately, were much less memorable.

These movies include decent but forgettable flicks, such as Meet the Robinsons, Bolt, The Princess and the Frog, and other “nice tries.” 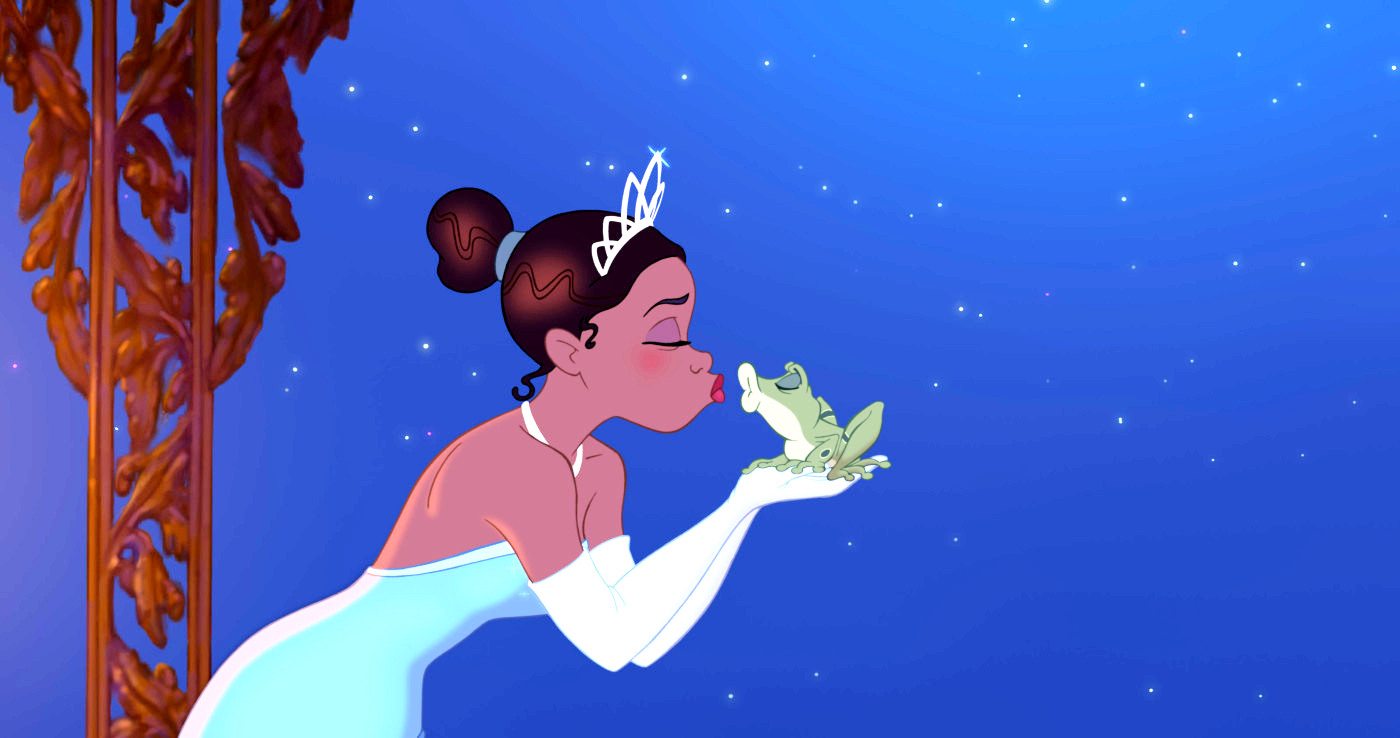 It took lots of time, effort, blood, sweat and tears—but with films like Frozen, Big Hero 6 and next month’s new film Zootopia, Walt Disney Animation Studios has finally done the impossible: It’s regained its former glory and can easily share the animation throne with Pixar.

First off, Zootopia hasn’t even come out yet. Lussier caught a screening and gave it high praise later in this article, but we have to just assume that his opinion will match everyone else’s. We’ll revisit this later.

But fine, let’s “welcome the future” and assume that Zootopia will be as good as the trailers make it look. Are Frozen, Big Hero 6, and Zootopia enough to take this “animation throne?” And “easily” as he claims?

Lussier is at least half correct from a box office standpoint. Obviously, Frozen made tons of money well out of the reach of Pixar movies. But I hesitate to consider cold, hard cash other people have earned to be a reason for liking a movie.

And to be honest, I don’t even want to compare these movies because they’re so incredibly different. For one thing, Pixar movies are original, unique concept movies that make you fall in love with seemingly mundane yet lovable characters. Disney works to be more accessible with glossy characters and environments that are beautiful from the onset because they’re often derived from pre-existing stories. As a result they usually feel more like pretty art instead of affecting art.

I’m here to tell you things are just getting better. Last week, I was lucky enough to catch an early screening of Disney Animation’s latest film, Zootopia.It’s the best film Disney Animation has made in 20 years.

Don’t get me wrong, I absolutely hope that Lussier is right about this because that’s great news for everyone. But watch what happens next.

Not only is it a film worthy of Pixar, it’s light years ahead of Pixar’s most recent movie, The Good Dinosaur.

Frequent readers know that I completely, absolutely disagree, considering The Good Dinosaur was my second favorite film of 2015 and one of the few films I gave an A+ last year. And while plenty of people agree with Lussier’s sentiment, many also find The Good Dinosaur to be an underrated gem like I do. 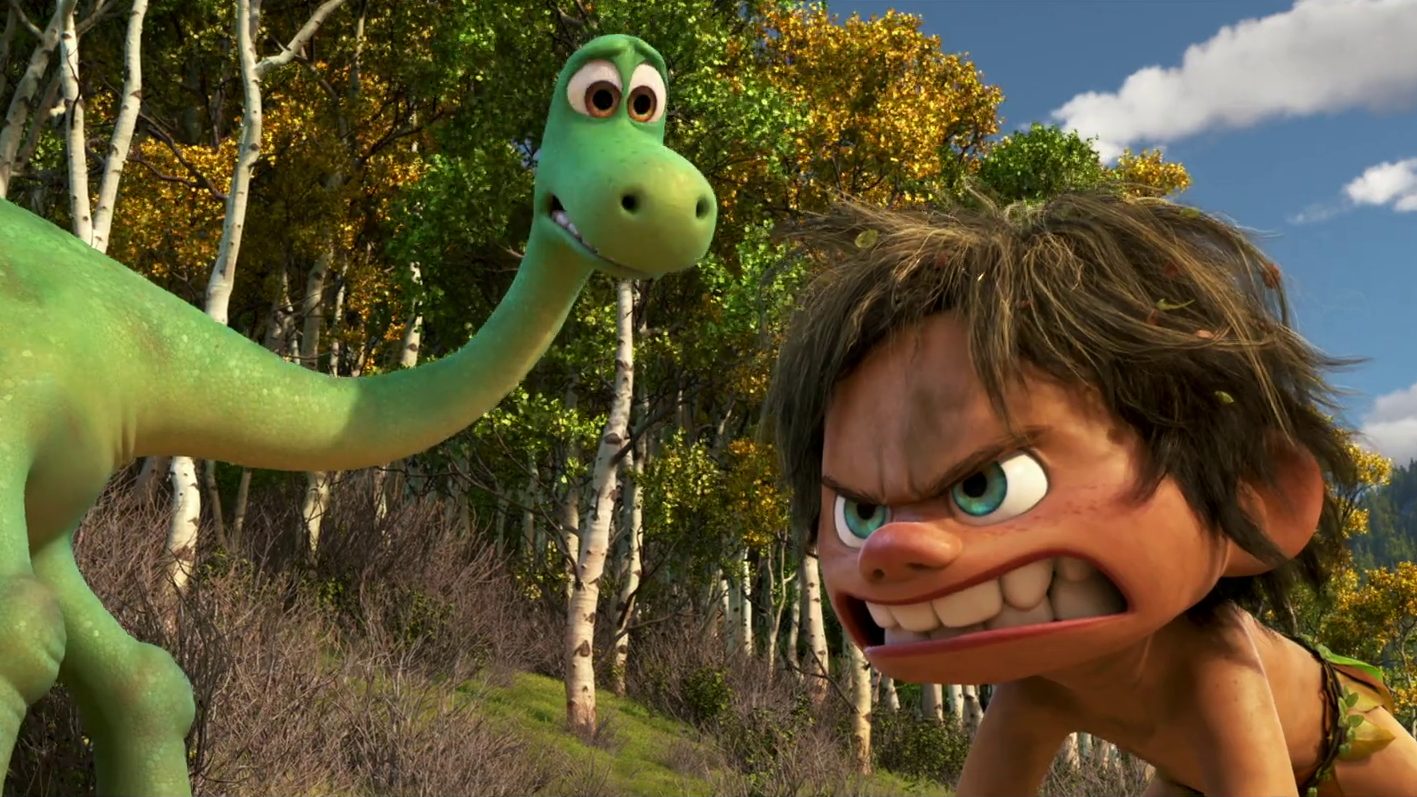 And then he says this about Zootopia:

Now, is it as good as Pixar at its best? Inside Out or Toy Story good? No, probably not.

Wait, let me get this straight. Disney Animation’s best film in 20 years isn’t as good as one of Pixar’s most recent movies?

Do you see why I chose this article for Snarcasm? It’s obviously well written, and Lussier is a very smart person. But for whatever reason, people are making grand conclusions about the quality of Pixar based on very slim arguments. If the best Disney animation movie isn’t even better than Inside Out, then how can you even argue that the studio itself is “just as good?”

Lussier seems to be basing his argument on the fact that he thinks The Good Dinosaur sucks, but that’s just one movie. And he’s also saying that the pinnacle of Disney isn’t as good as the best of the Pixar movies. So why say they are easily just as good?

I guess it frustrates me because Inside Out proved so well that Pixar hasn’t slipped the way so many people claimed they would over the last few years. And now we’re already hearing the narrative that Disney Animation is getting better while they’re getting worse, and it’s just bonkers.

And yet even with all that, there are other factors in play here too. Disney Animation and Pixar now create films in the same way, and share creative resources, so the two balancing out makes sense.

Pixar movies and Disney Animation movies aren’t even remotely similar. Can you honestly say that Frozen and Tangled are legitimately made like Pixar movies? These are fairy tales that are built up on source material. Wreck-It Ralph comes closer, but it also relies on a huge list of existing entities to make its video game world come to life. And Big Hero 6 is based on a Marvel Comic of all things. 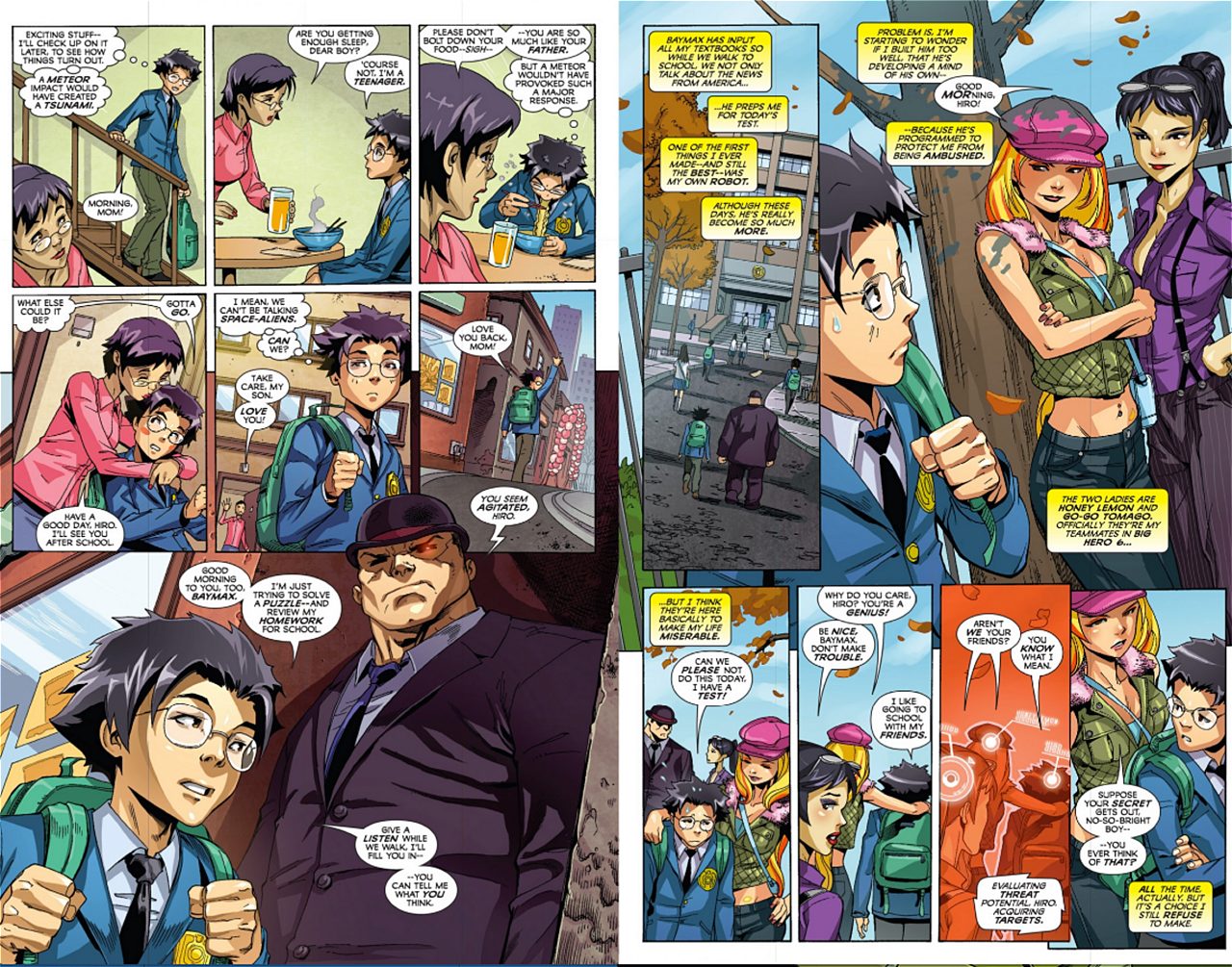 Meanwhile, Pixar creates entire worlds. They make you feel for rats, monsters, and even the very idea of emotions. Their creativity is absolutely unmatched when they’re at their best. Even The Good Dinosaur pushes animation itself in ways Disney has barely touched (aside from Big Hero 6) with effects shots and photorealistic landscapes that actually contribute to the narrative.

They may be in the same sport, but Disney and Pixar are in two very different ballparks.

Plus Pixar’s films were so successful in the past, Pixar’s begun to make more and more sequels (Monsters University recently, plus Finding Dory, Cars 3, Toy Story 4 and Incredibles 2 coming soon)

Just keep in mind that Pixar has only made one lackluster sequel. We still don’t know if they can pull off another Toy Story 2, but I’d bet money that Incredibles and Finding Nemo are worthy of the challenge. Lussier sort of points this out as well and even makes the case that Disney is also making sequels for its popular movies with Frozen 2.

But none of that changes this basic fact: From a time when Pixar was ruling everything and Disney Animation Studios was making Treasure Planet and Home on the Range, things have once again aligned. Disney has not only gotten back to the high bar of quality set by Pixar, but that of its namesake, too.

I agree that Disney is back on track when it comes to recapturing its former glory, and Pixar’s own John Lasseter is a key reason why this is happening (Lussier also points this out). But the idea that Disney is somehow on the same level because they’ve made a few good movies in a row is a gut reaction, not a careful analysis. Pixar consistently makes superb, excellent movies, while Disney Animation makes good, sometimes great movies. 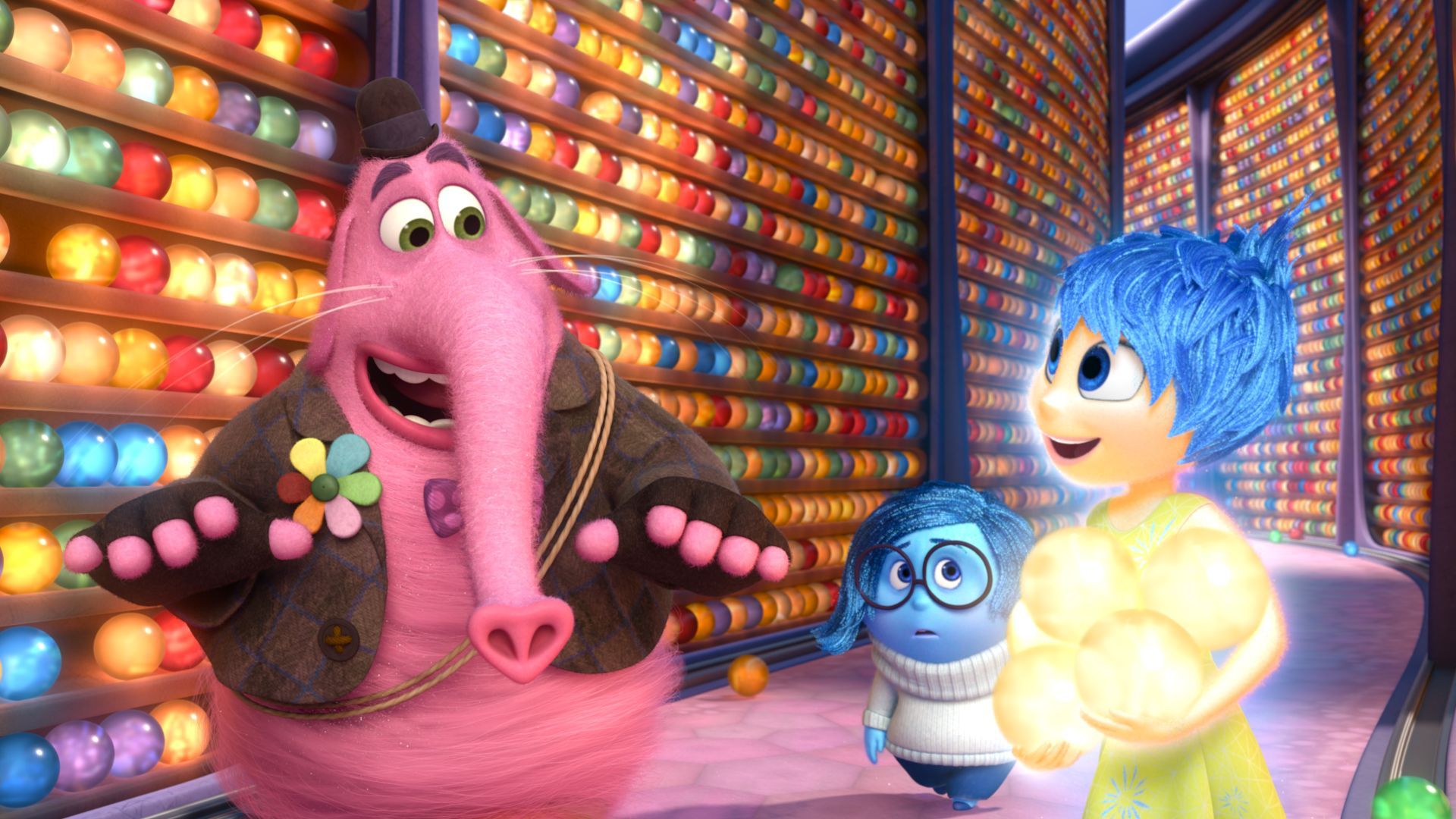 And if you don’t agree, then just try to tell me which current Disney movie even comes close to matching Toy Story, Incredibles, Finding Nemo, Up, and now Inside Out. Because not even Lussier could seem to do that.

One of these days I need to put together a full analysis on The Good Dinosaur and why I consider it to be vastly better than it gets credit for. While I’m not worried about Pixar’s foreseeable future because of the box office failure of that movie, it hurts to know that a movie with so much effort put into it is being considered worse than movies that are, at their core, deceptively generic.

At any rate, I’ll be seeing Zootopia for myself at a screening next week, and despite everything we just talked about, I couldn’t be more excited. Isn’t it great to know that both Disney and Pixar are putting their best efforts into animation right now?