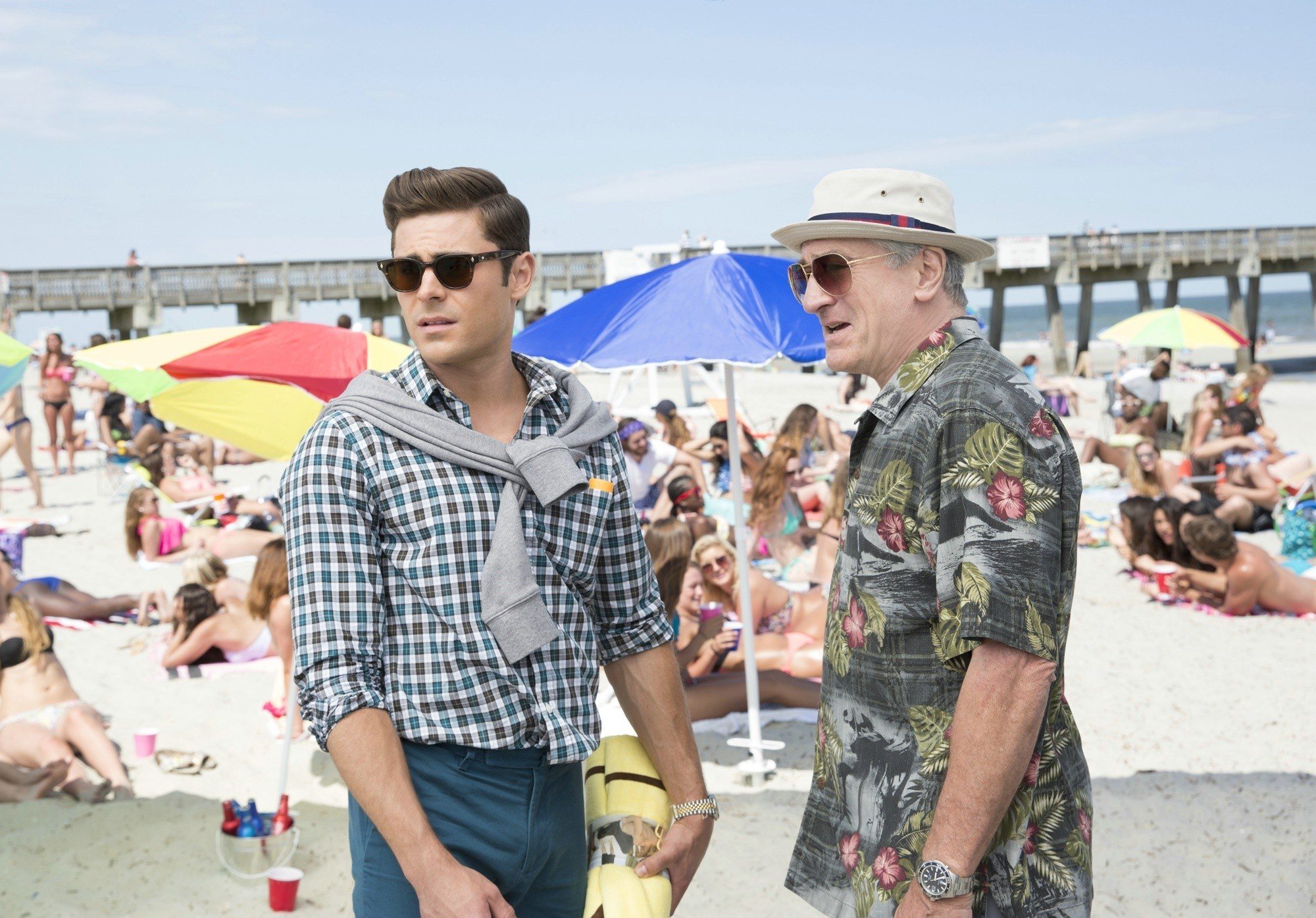 It’s clear that director Dan Mazer has essentially given up on breaking new ground with his comedies, of which he’s normally been a cowriter. I Give it a Year and Borat were the two relevates that, despite their flaws, gave mass audiences a reason to laugh at its seasoned actors.

I had hoped that Dirty Grandpa would do the same trick with Robert De Niro and Zac Efron, two genuinely funny actors that seem perfect for each other. But aside from a pair of somewhat amusing gags, Dirty Grandpa is sadly a raunchy disaster on par with Bruno and The Dictator.

Dick (played by De Niro) pressures his uptight grandson, Jason (Efron) into driving him to Florida after his wife’s funeral. Feeling free from the burdens of his marriage, Dick acts out in every sick way possible to make up for lost time, hoping that Jason loosens up as his wedding approaches.

As you can imagine, everyone in Jason’s life  back home (including his cartoonishly evil and neurotic fiancé played by Julianne Hough) is a bizarre caricature of modern white culture. Dick serves to be his foil, featuring a loud and obnoxious De Niro who says whatever he wants, which is supposed to be funny for some reason.

While this type of brainless comedy is watchable for some potty-humor audiences, it’s painful for attentive eyes looking for a coherent meaning. Throughout, the movie scolds white people, black people, gay people, and everyone else, in order to send the message that all people are repellant in one way or another. We just have to thoroughly insult and demean each other to feel enlightened (it doesn’t help that two different characters make the same Terminator joke in two separate scenes, assuring us that Mazer had little control over this script).

It makes little sense what’s deemed “permissible” or philosophically “good” in the world of Dirty Grandpa. So it’s impossible to understand or connect with any of the characters, including Dick. A key scene involves Dick taking Jason aside to tell him something disgusting, then he leaves it at that, saying “That’s it.”

Right. That’s this movie. Someone taking you aside and telling you something wildly inappropriate for the sake of shocking you into a laugh. If that’s not your thing, then stay as far away from Dirty Grandpa as possible.

I’m going to give Dirty Grandpa a D.

To be fair, it would take a lot of terrible movies to ruin De Niro’s legacy, but it’s hard for me to accept that for scores of new audiences, this could be their first time seeing the actor on the big screen. And that’s such a shame.

2 thoughts on “Review: ‘Dirty Grandpa’ Is a Meaningless Excursion”