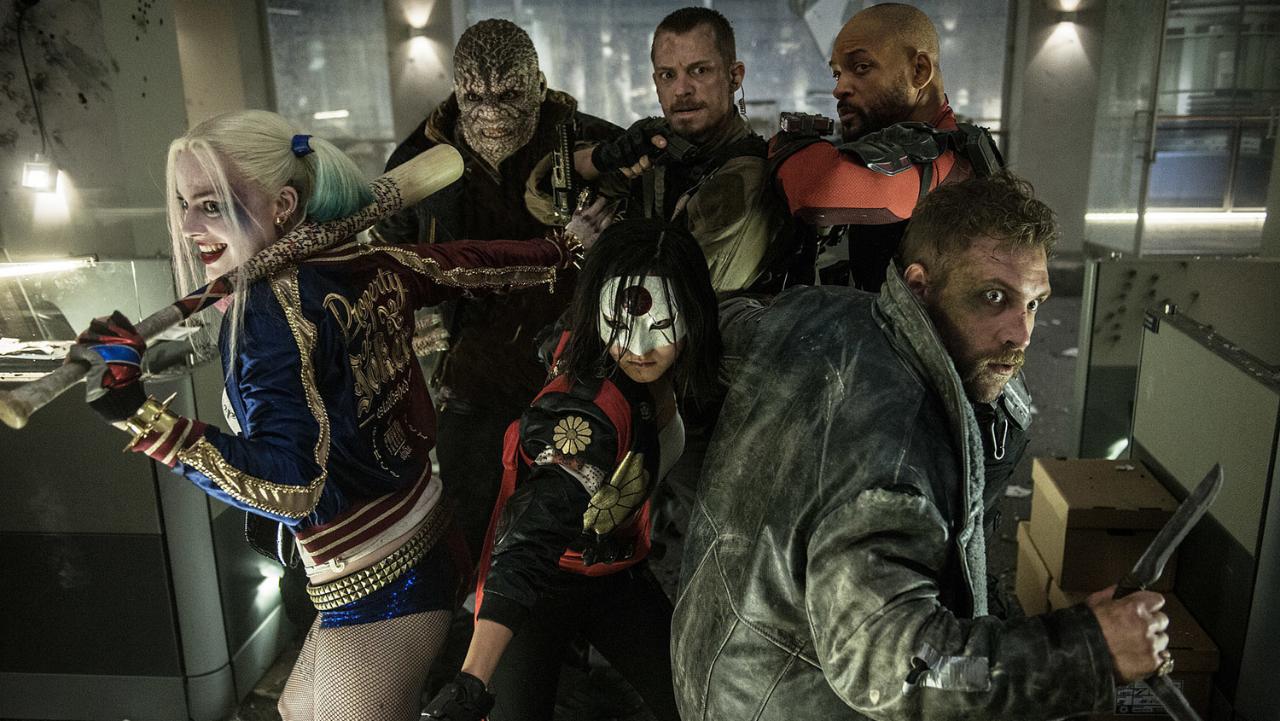 A new Suicide Squad trailer dropped this week, and pretty much everyone is in love with it. Everyone, that is, except for a few holdouts who are still complaining about Jared Leto for some reason.

I love Jay from IndieRevolver. For those of you who don’t know, he runs the site and posts frequently as himself.

He has a lot of personality, which makes his writing fun to read. And since his latest piece about Suicide Squad trailer called out fans to defend it, I decided to give him the Snarcasm treatment. Because as you all know, I only do that to people I either dislike tremendously or respect tremendously.

Sorry, Jay. You had to know this was coming. Just maybe not from me…

Even if you don’t like the way the movie looks so far, I think it’s easy to find it cool that an actual Suicide Squad featuring lesser-known DC Comics favorites is coming to theaters in August.

But if that’s not good enough…Sweet!

I don’t get this complaint. Both movies used it in their trailer, so they used the song the same way. Or is Jay just trying to make the argument that he likes a movie that’s been out for 23 years more than one he hasn’t seen yet? Either way, I think Wayne’s World is a weird rubric to judge our comic book movies by.

Maybe instead we should compare the music of Batman and Robin to this trailer, except everyone secretly hums Kiss From a Rose every time the light hits the gloom on the gray, so Jay’s point is actually strengthened.

Seriously, what the hell is this movie?

A movie we can’t peg yet. That means it’s different. Which means it’s exciting.

With each successive piece of this DC puzzle, I feel like we are front row for a slow motion train derailment.

From two trailers and a handful of marketing posters? I’m glad you don’t drive trains in real life, or you’d really start to freak out over nothing.

I like David Ayer and the cast he’s assembled, but nothing about this looks good at all.

“I like everything about it except for the part where things happen.”

OK, that’s unfair, but my point is that we’ve still seen very little of what the movie actually is, which Jay already pointed out above. How can you not get any value out of anything that’s being shown so far?

What would it take to please you, Jay? (Sofia Vergara voice) JAY?!

The Joker looks like a Hot Topic ad from 2000 had a baby with a Joel Schumacher directed Batman film.

Yeah! The Joker should look, um, normal instead.

Also, I’m pretty sure I’ve never met anyone who likes Hot Topic AND is hardcore enough to have tattoos. Green hair, maybe.

I can’t think of anything I want to see less than this Joker sharing the screen with the autotuned voice of Ben Affleck.

First off, even Cinemablend agrees with me that Batfleck’s voice is downright sexy. Also, how dare you?

There are at least billions of things I want to see less than Jared Leto and Ben Affleck sharing screen time in a comic book movie. Like Ben Affleck and Christian O’Donnell sharing a screen together at all, for example.

Margot Robbie’s Harley Quinn looks like the ONLY reason to watch this film.

This cracks me up. Mostly because the majority of the trailer is centered around Harley Quinn’s humor and insanity. Sure, other characters pop up, but she’s clearly the driving force. So, shouldn’t you love this trailer more?

Theoretically the DC films should be for me. Growing up I leaned toward the DC heroes more than Marvel, but these films all look terrible,

I think the problem (and I don’t say this lightly) is you, Jay. Because everything about this trailer screams the DNA of DC.

For one thing, it’s full of camp. And don’t tell me as a DC fan that Batman comics aren’t incredibly exaggerated on purpose. Also, you’re complaining about a trailer where a machine gun from a helicopter fires in sync with Bohemian Rhapsody. And it’s not good enough for you? JAY?!

We can argue about whether or not this new Joker walks the line between madness and camp. That’s a fair argument, and we haven’t seen enough to feel OK about it. But don’t tell me a movie where Harley Quinn rattles on about the voices in her head after we just watched Beard Smith fire rounds from his arms on top of a police car “doesn’t look good at all.”

which is sad because I want to love them so much.

But they lose me more as each new piece is revealed.

I think he’s also referencing the Dawn of Justice trailer, which I can agree seems a bit worrisome. Too much is revealed and Lex Luthor looks hit or miss. But come on, Jay, don’t tell me you didn’t hear the Justice League theme song when the Trinity walked in slow motion toward Doomsday. Don’t lie to me, Jay.

Who is actually excited for these DC films?

Pretty much everyone except for you and Donna Dickens. And bless her, but Dickens’ only real criticism is something we can’t even judge until the movie comes out.

Someone please explain it. Bring me back.

Jay. I want to talk to you about two little movies called Guardians of the Galaxy and Ant-Man. Now, I know these were made by a different studio, but let’s be honest. DC is clearly studying these guys like a test that’s in 15 minutes.

When the first trailer for Guardians of the Galaxy came out, people were in two camps:

“What? This is weird and has never really been done before. So it’ll be a disaster.”

Now, when every trailer for Ant-Man came out, people were in two camps:

“What? This is weird and has never really been done before. So it’ll be a disaster.”

What about Fantastic Four? What did people say about that movie?

“Give the rights back to Marvel.”

So fret not, Jay. Because even if Suicide Squad isn’t some sort of reincarnation of The Dark Knight, or worse, even if Dawn of Justice is somewhat disappointing, neither movie will be as bad as Fantastic Four.

Oh, and they’ll be (like I said earlier) different.

Not original, obviously, but different. And different is interesting. Maybe it’s a little unsettling. Maybe it’s not necessarily good. But it’ll probably be worth your time.

Besides, we all know you’re going to watch it.

4 thoughts on “Snarcasm: I Hate The New ‘Suicide Squad’ Movie Because It Exists”