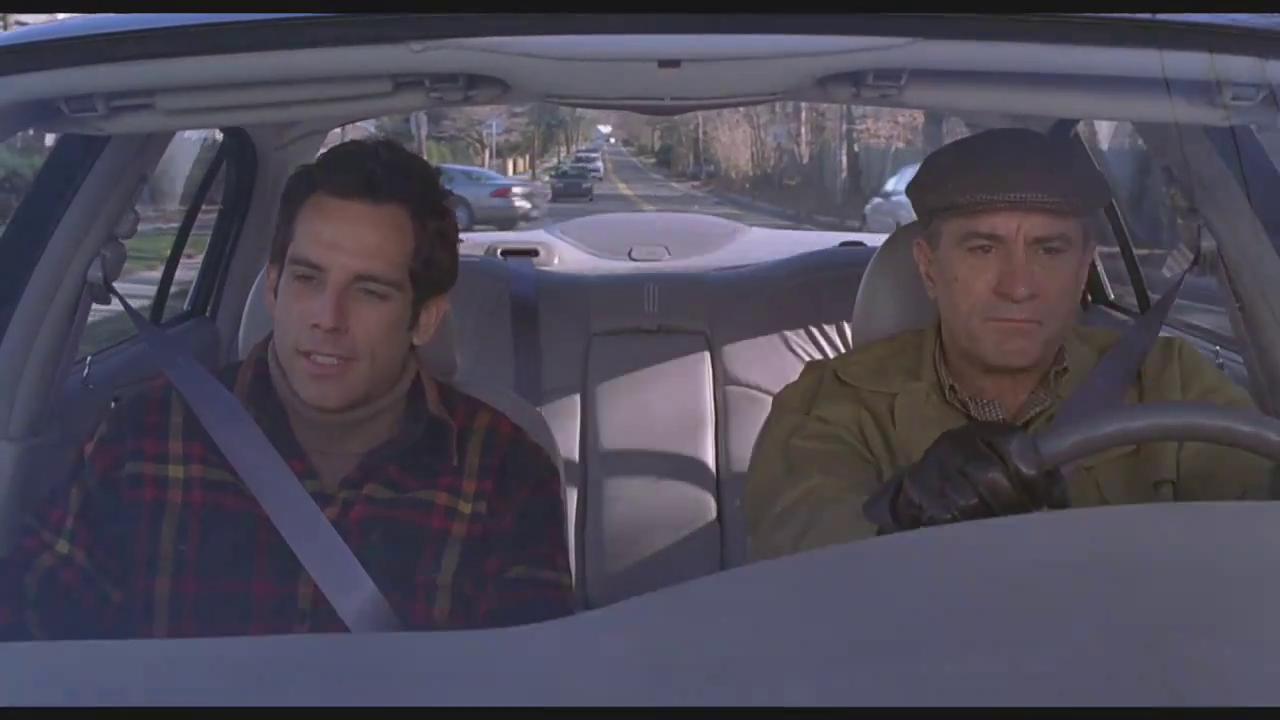 The success and talent of Robert De Niro will never be understated, thanks to his legendary performances in Raging Bull, The Godfather: Part 2, and many more (notice these are curiously dramatic roles).

But we’ve seen a curious trend arising in De Niro’s latest movie choices (aside from his David O. Russell projects), such as Grudge Match, Last Vegas, and now, Dirty Grandpa. In some of these movies, De Niro is paired with a younger, but talented actor, such as Anne Hathaway in Nancy Meyers’ The Intern.

And now, for better or (probably) worse, Dirty Grandpa sees him acting alongside Zac Efron.

This shouldn’t be too surprising. After all, Efron can be compared just as easily to Ben Stiller, who starred with De Niro in one of his best comedies, Meet the Parents, which is actually a remake of a 1992 film of the same name. Like Stiller, Efron has proven his comedic chops with films like Neighbors and…oh.

Unlike the dark comedies of De Niro’s early career (Brazil, The King of Comedy, etc.), Meet the Parents gave us a more lighthearted and absurd performance from the actor, in no small part thanks to his co-star credit, Ben Stiller.

When the film came out in 2000, it was an instant hit with both critics and audiences. But does it stand the test of time and two atrocious sequels? 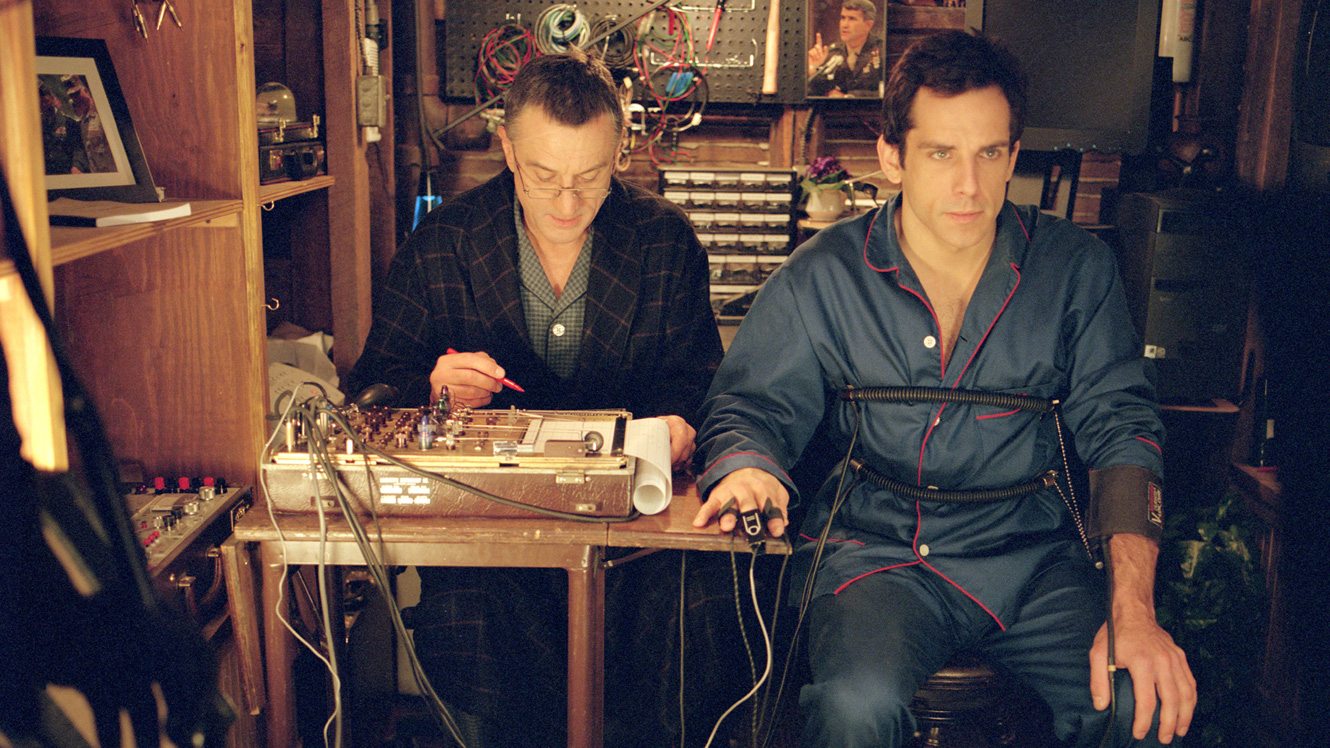 Directed by Jay Roach (Austin Powers and recently Sisters and Trumbo), Meet the Parents is about an unlucky guy named Greg (Stiller) who meets his girlfriend’s extended family during her sister’s wedding. He gets caught up in a web of small, social lies that put him in the crosshairs of his girlfriend’s disquieting father, Jack (De Niro), who puts the pressure on him as an increasing amount of unfortunate events get blamed on Greg’s hapless antics.

Aside from De Niro, Stiller is one of the best things about Meet the Parents, as it should be. For whatever reason, Stiller is able to make slapstick comedy seem genuine and earned, which is a trait he also pulled off in the equally funny movie, There’s Something About Mary.

Stiller’s character straddles the line of “everyman” and “deviant,” which is no easy task. His subtle, occasional slip into deviancy is mostly relatable, as you can understand why he’s so prone to telling Pam’s family a bunch of nonsense to make himself seem better in their eyes. He’s a nurse, but with no real prospects, especially compared to De Niro’s sordid, later-revealed past in the CIA (which serves as another great intimidation tactic that elevates the comedy).

As you can expect, De Niro also nails his performance, a trick not many other actors could match. He’s obviously the antagonist, but he has to be somewhat likable for us to root for Greg getting his approval. We end up loving Jack for all of his tender moments with Jinx and the family, the clear sign that retirement has made him feel less relevant in his kids’ lives, and all matter of other characterization that makes Jack sympathetic and believable. 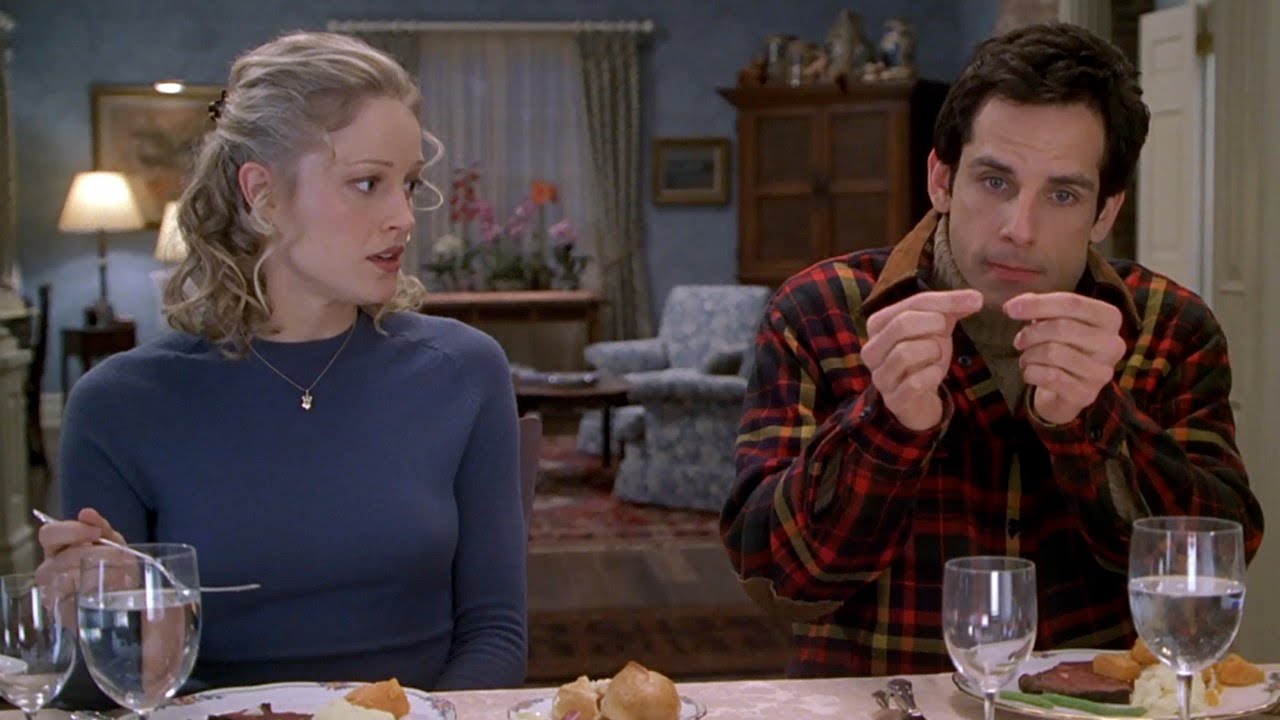 And the strangest thing about Meet the Parents is how much scope it lends to some extremely uncomfortable subject material, notably with the mixing of religions and class during the iconic dinner scene. Sitting at their table, Greg (a non-devout Jew) is socially compelled into praying for the food, a moment that adds unspeakable tension to an already unsettling scene. Of course, this only escalates further with some cat-milking anecdotes and the destruction of Jack’s mother, but the laughs don’t diminish the harsh realities gleaned from moments like that prayer.

This could have easily been a terrible movie, trying too hard to channel what made the Farrelly Brothers’ There’s Something About Mary work so well. But Meet the Parents never lets up with its unique brand of social and familial humor, even if it somewhat loses its creative stride by the ending.

Speaking of which, the only notable flaws in Meet the Parents are mostly forgettable. After a while, it’s easy to grow tired of the constant structure of Greg and Jack’s back and forth, which loses its variation by the third act. Audiences did get to the point where they just wanted Greg to dump Pam and just cut his losses.

Some of the jokes don’t work as well as the others, and some of the gags are too obvious for people not to see coming well in advance, including the vase scene mentioned earlier. But what does work in Meet the Parents works tremendously, and it has a fair share of memorable quotes and lines that people still love to quote 16 years later. 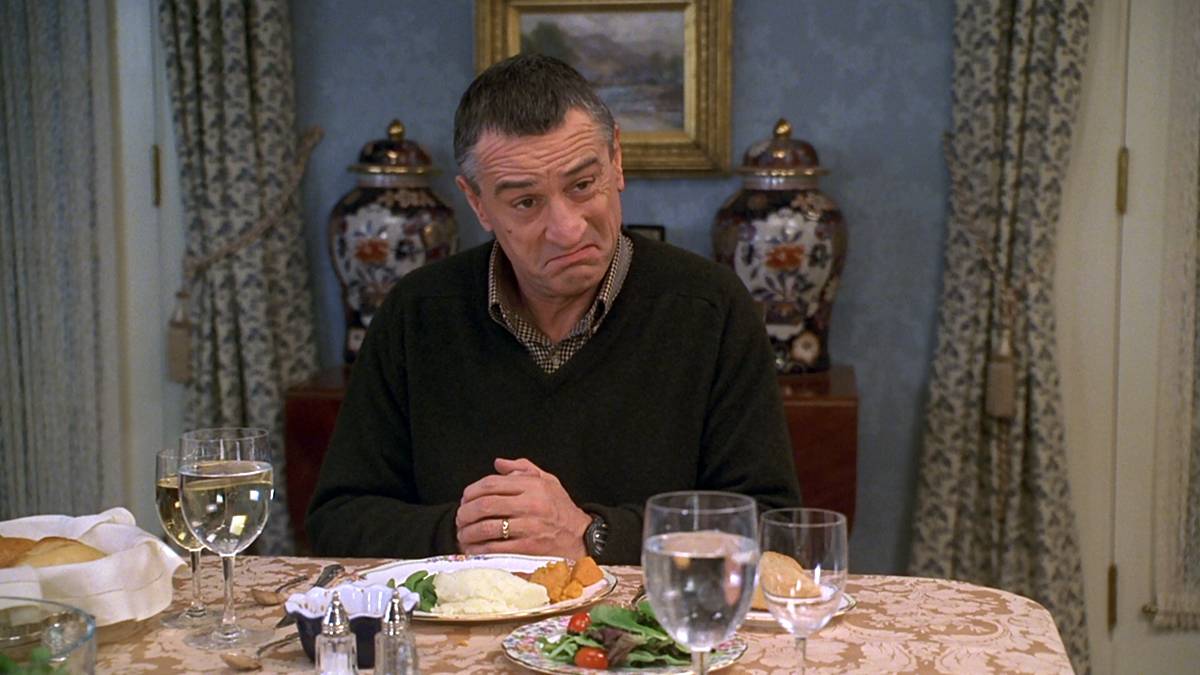 For that reason, Meet the Parents will be remembered as one of De Niro’s best comedies, and I consider it his best modern comedy by far.

I’m going to give Meet the Parents a B+

Next week, I’ll be exploring the Kung Fu Panda movies as they lead up to the new installment, Kung Fu Panda 3. Until then, be sure to subscribe for other editorial content, podcast episodes, and more.

4 thoughts on “Retronalysis: ‘Meet the Parents’ Features De Niro at His Most Humorous”