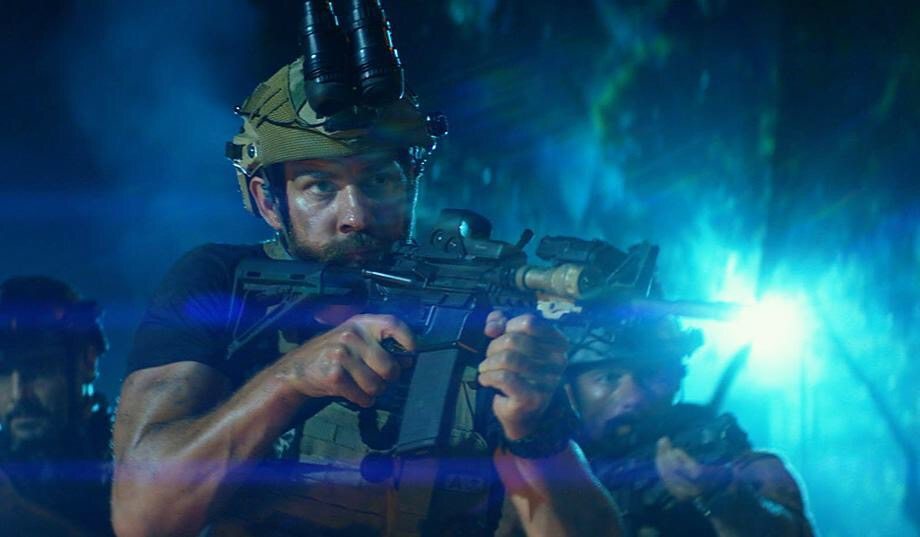 Michael Bay has a pretty extensive portfolio under his directorial belt, with 13 Hours: The Secret Soldiers of Benghazi being his third project based on real-life events.

Like last year’s American Sniper (which was helmed by Clint Eastwood), 13 Hours is a long action drama that puts recent military heroes at the forefront, documenting (sometimes literally) the events of combat in the Middle East.

While Eastwood positioned Sniper to be something closer to Bigelow’s Hurt Locker, Bay channels Michael Mann for 13 Hours, albeit with all-digital video, his signature action stylization, and some graphic content worthy of the R rating.

Unlike a typical action film by Mann, 13 Hours is a bit of a mess, both in writing and in editing.

The film centers around the GRS, a covert security team dispatched against Lybian rebels during the Benghazi attacks. This is the conflict that ensnared American Ambassador Chris Stevens, and 13 Hours goes to great lengths when it comes to capturing the pure chaos of this true event.

That’s probably the film’s biggest issue. Much of the filmmaking is inventive, and it has some of Bay’s creative set pieces. But it’s jumpier than some of the political conflicts consistently appearing onscreen, with its quick-editing feeling too cumbersome throughout the movie. 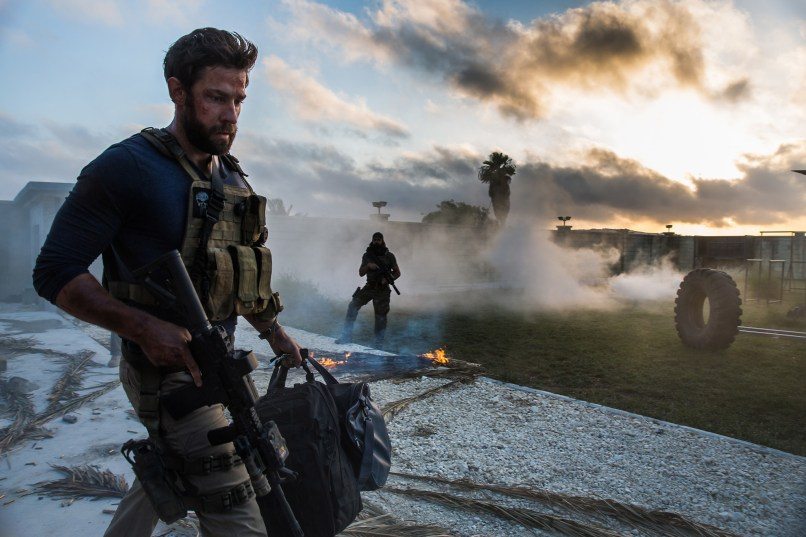 Despite the film’s high production value and sometimes startling cinematography, the camera hates to linger on any given moment, always cutting you to the next sequence or possible encounter. While this makes for a good study of what true warfare is like, techniques like this and the dreaded shaky cam make it hard for moviegoers to keep up with 13 Hours during its painfully long running time.

The performances in 13 Hours are about as generic as you’d expect, with Krasinski trying his darnedest to work with Bay’s direction. There are a handful of unique surprises, but the character arcs fail to evolve from the high pedestal these soldiers are put on from the beginning, a common side effect when filmmakers create a tribute of recent events.

You don’t second guess the skill or bravery of the GRS, forcing you to rely on some unbalanced comedic timing (yes, 13 Hours is crammed with quips) and some tell-don’t-show exposition to make you care about each of them. That said, the film will likely succeed overall at making you root for them, since you do want to see these super soldiers unleashing hell.

I’m going to give 13 Hours: The Secret Soldiers of Benghazi a C+

Too many technical issues hold 13 Hours back from being thoroughly entertaining, despite how hard it tries to deliver a touching tribute with some challenging politics and performances. If you’re not a fan of Michael Bay’s style of filmmaking, it’s best to skip this one.