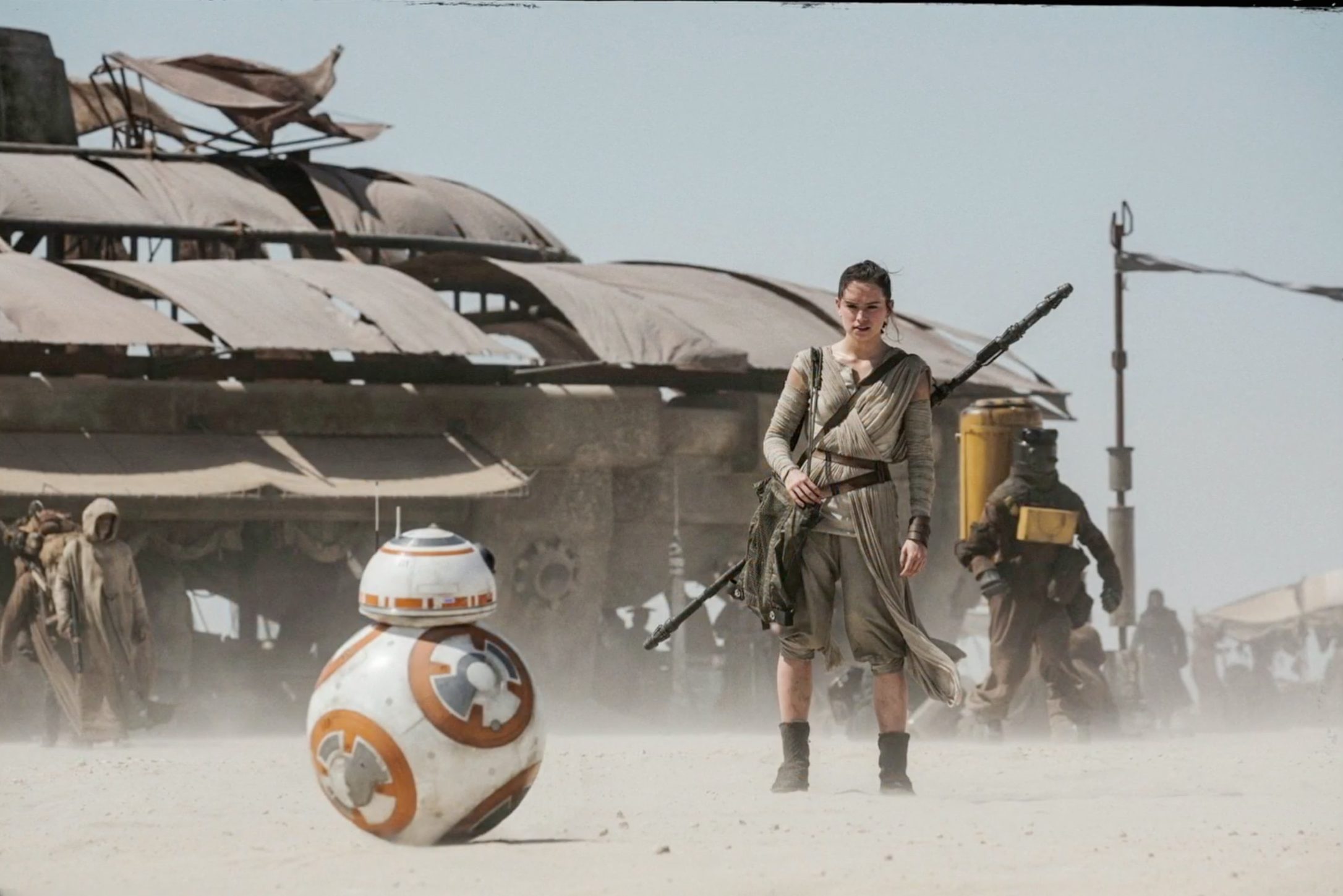 This is a spoiler-free review.

When Disney acquired the rights to make a new Star Wars film, there was a unified cheer that this new take on the beloved franchise would be reinvigorated, creatively. Finally, there was a new hope for Star Wars, one of the most groundbreaking and revolutionary trilogies of its time.

So it puzzles me to see The Force Awakens be the most derivative Star Wars movie yet.

George Lucas has always infused his films with what he calls “rhyme.” That is, he echoes moments from previous movies in order to manufacture a compelling moment. Limb-cutting, catchphrases, and even cinematic shots are repeated endlessly throughout the original trilogy and its prequels.

The Force Awakens restrains itself from “rhyme,” but settles instead for replication. Elements throughout the film are carbonite copies of plot structures in both A New Hope and Empire Strikes Back, remixed and polished for a new audience. 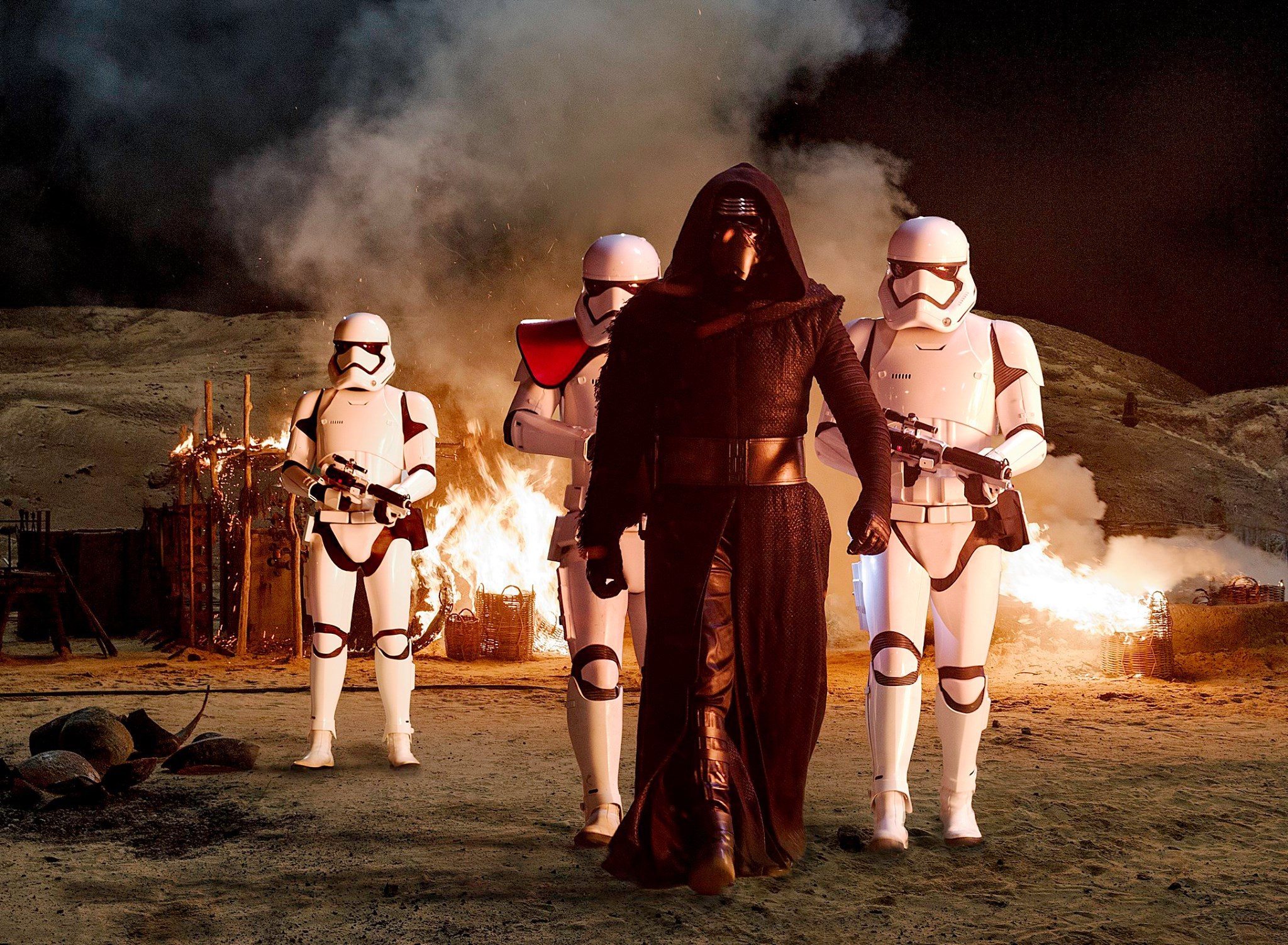 The doe-eyed Rey serves as the new Luke Skywalker, there’s a mysterious Sith villain tied to the past, a resistance versus an unstoppable military, and of course, there’s a destructive space station that must be stopped. There are few sparks of novelty in The Force Awakens when it comes to the ideas and struggles we’ve seen already.

This is likely intentional. Like the balance and cyclical nature of the Force, The Force Awakens almost advertises that its story must firmly echo the adventures of Luke Skywalker and his friends. And that caveat serves as an excuse for J.J. Abrams, the director, to evolve the lore for a brand new audience unwilling to sit through 30-year-old movies.

That said, Star Wars looks better than ever. The creatures, settings, and practical effects are a marvel. So much so, that any use of CGI is actually distracting. You’ll probably feel underwhelmed by one or two of these computer-generated characters who don’t hold their own against Abrams’ other creations. They’re inventive, to be sure, but stand out in the worst way possible.

The best thing that The Force Awakens has going for it is its new cast, with Rey (Daisy Ridley) at its center as one of the saga’s best characters yet. Kylo Ren (Adam Driver) also delivers an excellent performance as the villain you’ll love to hate, and I gushed over the antics of the “daring pilot,” Poe Dameron (Oscar Isaac). 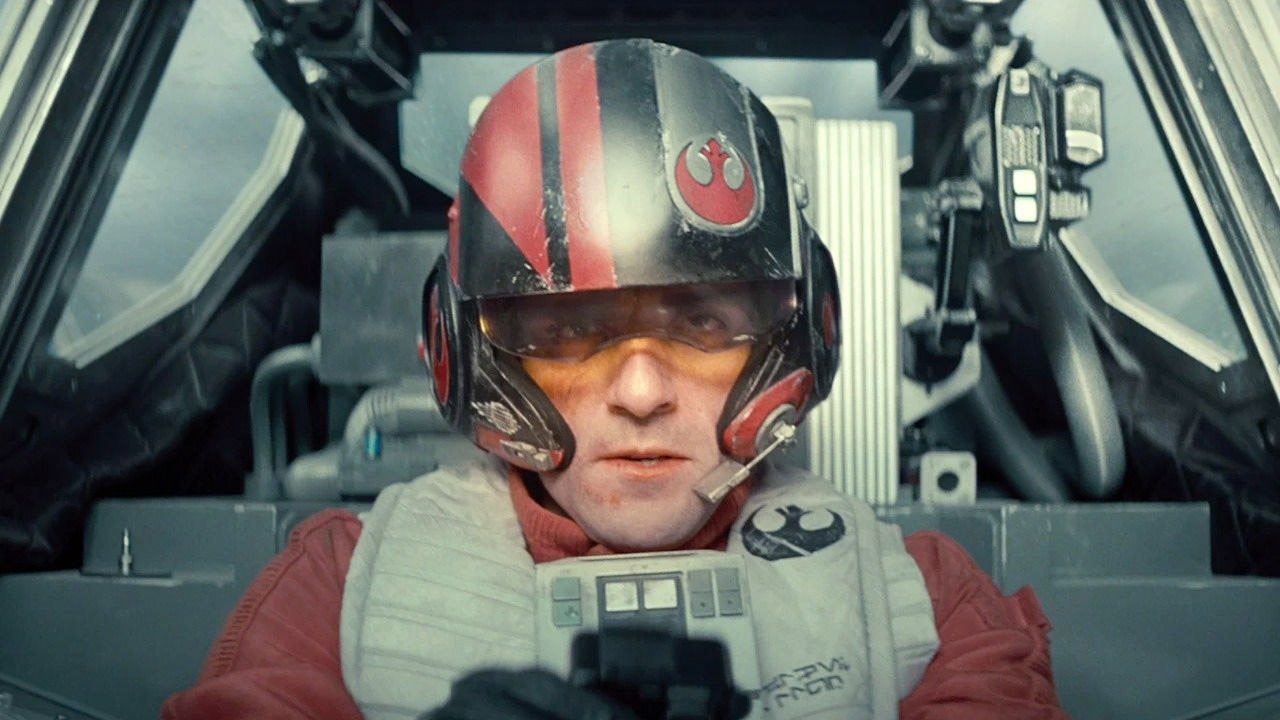 BB-8 is also a welcome addition to the new family of characters, truly deserving of the role left behind by R2-D2. And while I’m not yet won over by John Boyega’s character, Finn, the actor provided an energy to this role that his peers should certainly take note of. And like the other characters, I’m waiting intently to see what Finn can offer as the trilogy progresses.

The characters interact well with each other and the original cast. Taking a note from its Marvel Cinematic Universe, Disney allowed the screenplay to have plenty of humor and levity, which balances well against the dramatic stakes and galaxy-crushing battles taking place in the background. Its one of the film’s strongest, most unique offerings.

Because the characters are a delight to watch onscreen, the battles (both with lightsabers and blasters) are more electric than ever, and easily among the best of the saga. The ample space battles are among the most entertaining dog fights you can see at the movies, and a one-take shot in particular featuring Dameron will likely be replayed dozens of times when this gets to DVD.

There are only two noticeable things that hold The Force Awakens back from surpassing the best of Star Wars. As discussed, it fails to fully develop any of its newer ideas, in favor of plot retreads that somewhat break the line of being an homage. You can argue that they’re kicking the can down the road for the next two movies to gain their own identity, but for now, it comes off as manufactured. Disney knows the recipe for pleasing a crowd full of fans, and this is both a good and bad thing. 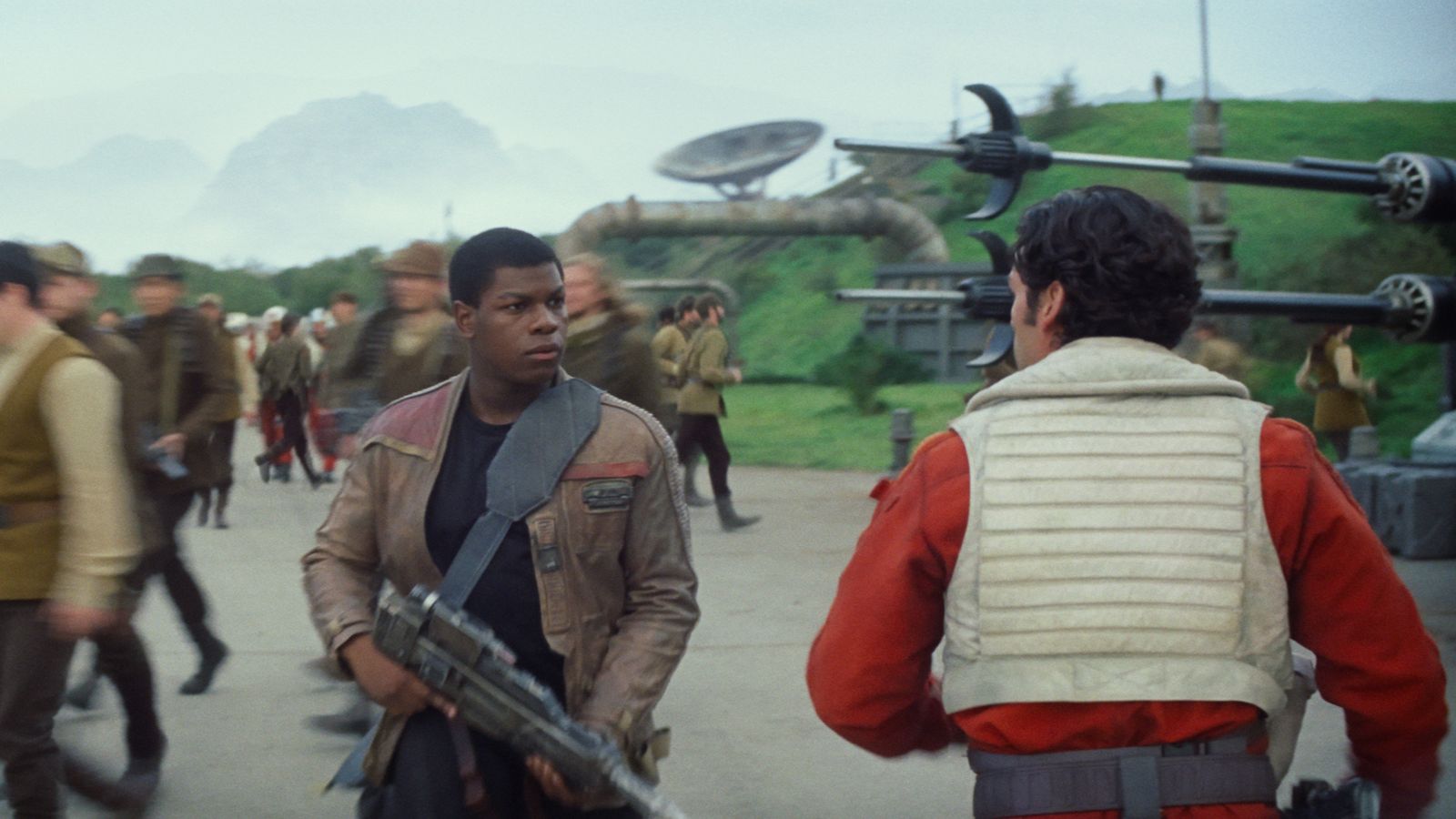 You’ll get most of what you want out of The Force Awakens, but you’ll also know that you’re getting it. If The Empire Strikes Back had let itself be crammed with this much fan service, it wouldn’t have become one of the greatest films of all time, by comparison.

The second thing that holds The Force Awakens back is some of its writing. Granted, it’s a tradition with these movies to have gaping plot holes. But that’s no excuse at this point, especially when you have a movie that is excelling at doing the same things as its predecessor. You’ll notice many odd and confusing plot inconsistencies that will take you out of the movie, and even if they can be explained in the next movie or two, they’ll still distract you until we get answers.

The script’s job is to make us feel like we can keep up with the film’s mythology, letting us peek into the development of the characters based on the moments we’re allowed to witness in the story. The previous trilogy did a poor job at this as well, and I’m disappointed that Abrams and company were unable to produce a tighter narrative. One or two more drafts would have served this film extremely well.

It’s one of the better B+ movies I’ve seen this year, to be sure, and a standout among 2015 sci-fi movies. But as a first offering by Disney, I’m not yet impressed by what they can do with Star Wars in terms of pushing the series forward and delivering something new and exciting to audiences. It’s a crowd-pleaser, by design, and that’s about all you’ll get out of it.

12 thoughts on “Review: Star Wars: The Force Awakens Will Please Everyone, But That’s About It”