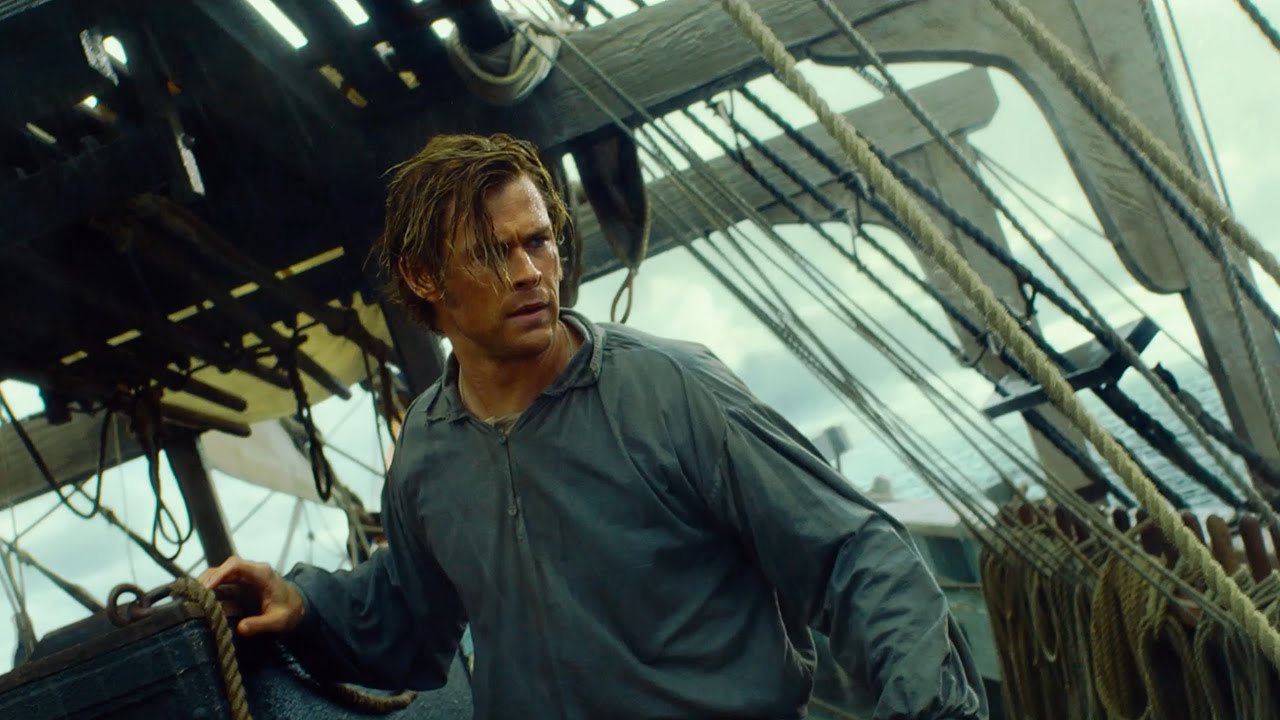 What is the true story that inspired the myth? This is the question In the Heart of the Sea tries its hardest to answer, at the expense of something perhaps deeper that could have been explored within the true men who sailed the ill-fated Essex.

Strangely, the film expects you to have some previous knowledge about this tale of survival, as it eliminates its own suspense by starting with the premise that at least one person made it out of this story alive. There’s a better story in here about whether or not the cabin boy is the one telling the truth by the end of it all, but the movie trades this intrigue for something as emotive and tragic as Titanic.

The problem is that actually being familiar with the Essex story makes In the Heart of the Sea difficult to swallow, considering how far off this retelling of the book of the same name is from what truly happened during this 19th Century disaster.

To make up for this, the movie presents much of its biggest moments as art, with matte painting backgrounds and an attention to sprawling ocean vistas that spell doom for the sailors. But hardly anything pictured onscreen is believable, especially compared to most modern CGI in 2015. You’ll quickly lose interest in which backgrounds are somewhat inspired and which are purely green screen.

Some of the best scenes involve the actual whaling, a practice that is hard to watch, which makes it that much more entertaining. I shuddered (but couldn’t stop watching) when the cabin boy had to slide down the stomach of a rotting whale in order to gather the valuable blubber that felt worthless, which serves as some excellent foreshadowing.

In the Heart of the Sea is certainly passable when demonstrating the mighty themes of man versus nature. Much of this is compelling and will cause pause for anyone reflecting on the fact that these events weren’t all that long ago, and the lengths men went to for the sake of short term wealth certainly didn’t pay off the way they expected. When honor trumps the grotesque bond formed in cannibalism, that’s how you know you’ve watched a movie that is missing a few crucial scenes that tell a more interesting story.

This week on the podcast, Kayla and I talk about In the Heart of the Sea at length. Spoilerish alert: she’s not a big fan either.

Since the release of Star Wars: The Force Awakens is less than a week away, we discussed and ranked all six movies. Plus, we made pizza bets over whether or not The Force Awakens will become the highest-grossing movie of all time.

Later on, we read your comments from last week’s show and get lost in a wilderness of tangents.

QUESTION OF THE WEEK: (Two this week!) Do you think The Force Awakens will topple Avatar as the biggest movie of all time? Also, what are some classic movies you’ve never seen before? Now’s the time to get this off your chest.

Our Song of the Week is “Overnight,” the latest single from The Wild Feathers. Their new album, Lonely Is a Lifetime, releases next March. Enjoy!