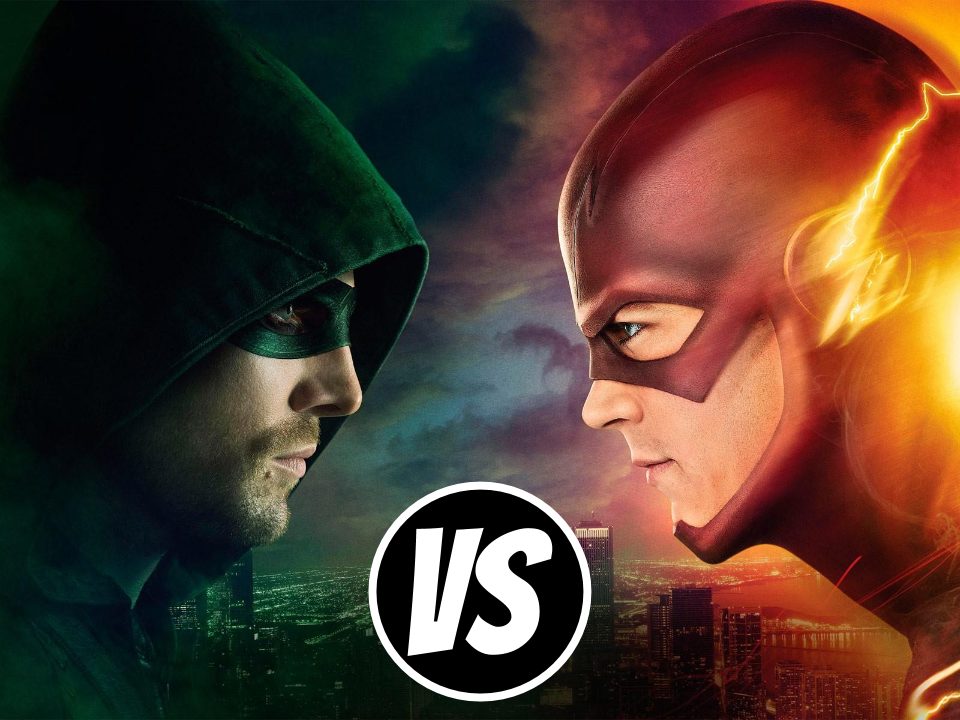 “Which is Better?” is a new editorial series that dares to compare the best of pretty much everything. In this rundown, I’ll break down everything from story to characters in an attempt to declare which of these superhero shows is truly better.

Back when it was still The WB Television Network, The CW aired a superhero origin series for Superman, which you probably remember as Smallville. It was a great show in its early seasons (its prime), but it faltered over the years due to its own popularity and unwillingness to end. Essentially, things got too complicated, important characters became throwaways…it was a forgettable mess by the time it finished.

But Smallville did set the standard for modern live-action DC Comics shows. It introduced an entire generation of non-comic readers to Green Arrow, prompting the CW to move forward with a new show/remake dedicated to just that character.

You can thank a lot of the creative vision and ambition behind Arrow and other DC shows to Greg Berlanti, who got his start working on Dawson’s Creek (the similarities between these two shows are unmistakable). Though Berlanti has helped produced some major duds, including the Green Lantern movie in 2011, the director/writer/producer has found great success crafting a DC Comics television universe that has branched off into The Flash and the upcoming Legends of Tomorrow. He’s even the executive producer of CBS’s own DC Comics show, Supergirl. 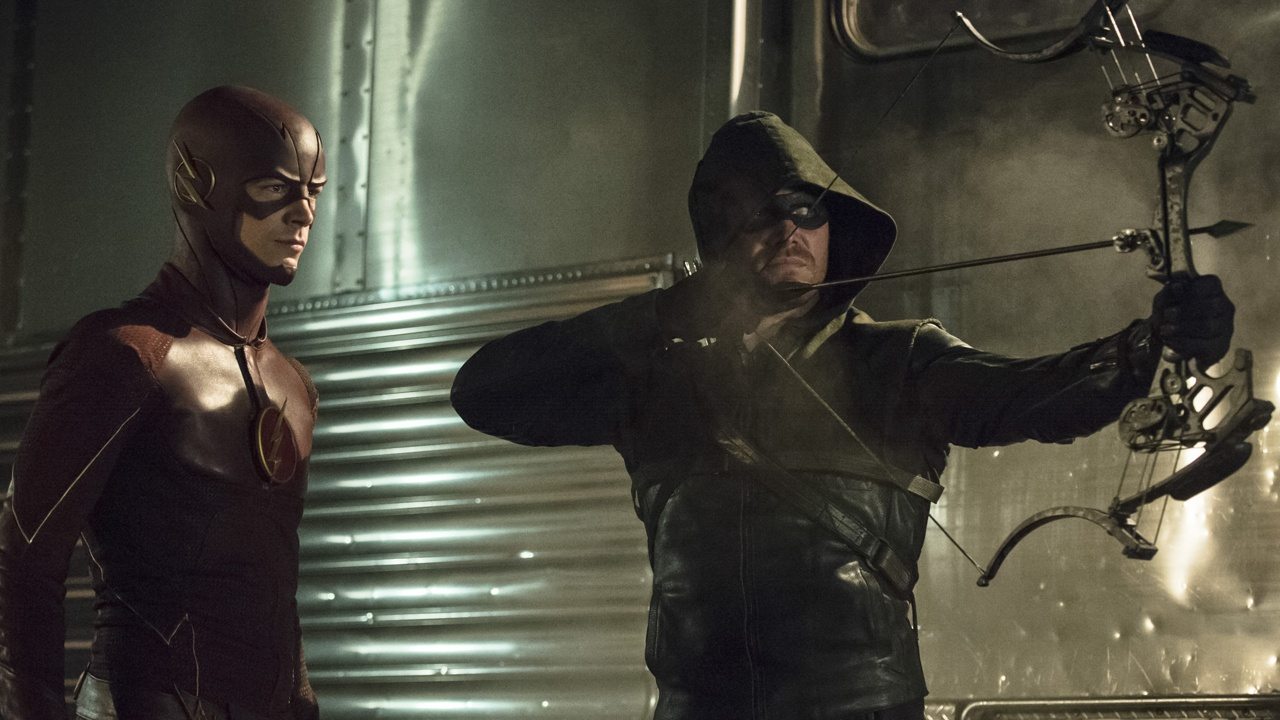 But the main shows we’re talking about today are truer rivals. They’ve crossed over many times, and The Flash was even introduced within an episode of Arrow. And although Arrow has been around since 2012, The Flash is already in its second season, giving us enough time to properly compare what stands out for each series.

So…which is better? (shoutout to user Tonio0064 for suggesting this entry).

It’s a hard question, and from what I’ve observed, The Flash has been considered by critics and audiences to be superior, despite how young it is. Another thing to consider is that a lot of what’s great about The Flash was pioneered by the teams who worked on Arrow, which suffered a bit from some clunky seasons trying to figure out what kind of show it had to be.

I’ve had a great time watching both shows, so I’ll be breaking down their merits in order to figure out which one really is better. But let’s be clear. Neither have failed this city. 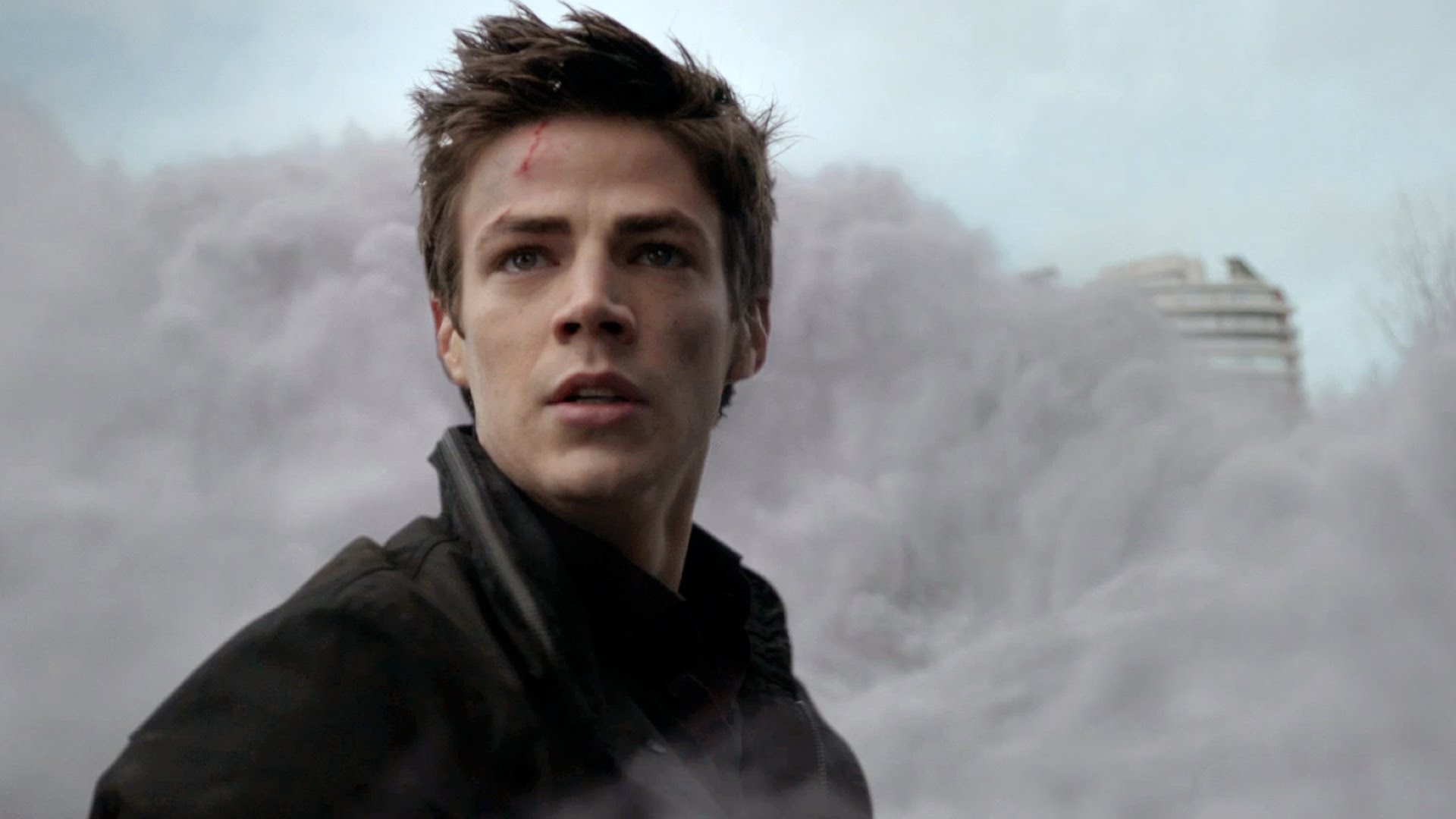 Both shows have titular main characters, so having a good lead has been critical to their success. Fortunately for Arrow and The Flash, Stephen Amell and Grant Gustin have done a fantastic job as Oliver Queen and Barry Allen, respectively.

They both walk a fine line between doing the comics justice, but also bringing something new to the character that non-comic fans can relate to. Oliver Queen is traditionally a hero known for being more of a left-wing robin hood type looking out for the little guy, but Amell’s take is more of a tortured warrior who fights for the greater good (at least for now).

Grant Gustin pulls off a Barry Allen with fewer wisecracks but more charm as a confident speedster with a heart of gold. And both of these characters work with larger teams instead of on their own, which is a more suitable format for television.

This is a close call, and I really like both characters. But if I had to choose one who goes just a little further with the character, then I have to pick Flash. Amell is a great actor, but he’s a bit more one-note and sullen compared to Gustin, who just seems to be having a lot more fun with his show.

Point goes to The Flash.

In other words, Cisco or Felicity?

One of the most fun aspects of Arrow is how well the show has evolved its side characters. Diggle, Felicity, Thea, and even Laurel have grown into interesting characters who add more to the show than they distract from.

At the same time, though, the show often struggles with what their roles are. Specifically, Thea, Laurel, Roy, Quentin, and Sarah of all people have been hit-or-miss over the years, with Roy even leaving the show Teen Wolf-style.

The Flash, on the other hand, does more with less. Even if you compare second seasons to second seasons, Team Flash just seems to have a better sense of identity. Caitlin looks out for Barry’s health, Cisco makes the cool gadgets and decides on bad guy names, Wells comes up with the plans, Joe keeps everyone in check, and Iris is the unattainable love interest (though her character is slowly getting better than that).

This is a result of The Flash learning and avoiding the mistakes of Arrow, which gives them almost an unfair advantage. But the show still manages to learn and apply what’s worked in the past, and that’s no easy feat in the world of network television.

Point goes to The Flash. 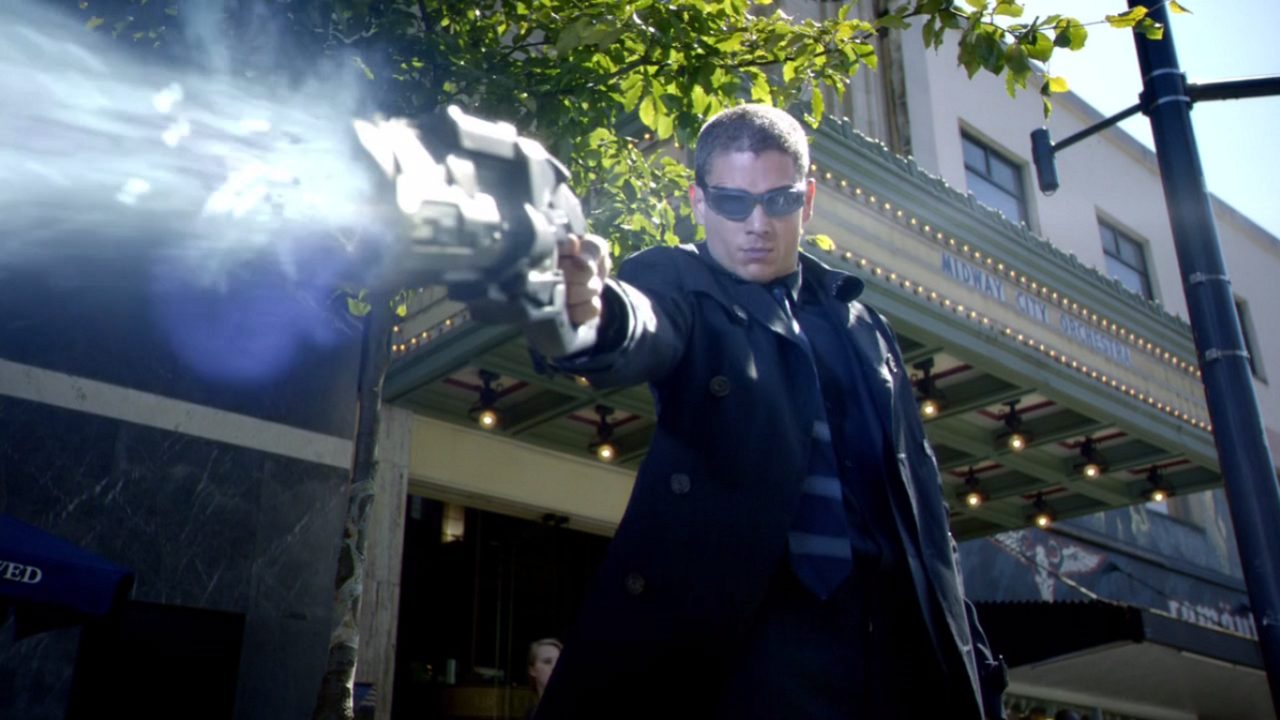 Arrow was lacking a compelling list of villains early in its first season. The enemies ranged from Nolan-verse archetypes to greedy businessmen, not the intriguing assassins and warlords that would populate future episodes. Even Merlyn was a bit underwhelming, despite his arch-villain clout.

The Flash found easy ways to introduce villains with one major event causing their arrival. The particle accelerator gave Barry and many of the villains their powers, making it Barry’s job to round them up (with the exception of foes like Captain Cold).

You’d think that would give The Flash an advantage, but this is something I don’t love about the series. For one thing, it’s a little too reminiscent of Static Shock, the animated series from the early 2000s that used very similar story elements to explain the sudden arrival of foes Static could contend with.

The major villains of The Flash have certainly been interesting in their own right, but not very unique or diverse. Sure, it’s still early, but Reverse Flash and Zoom are really just rival speedsters. Arrow did the same with Merlyn, a rival archer, but at least in its second season, it introduced two new villains who felt drastically more imposing. What made Deathstroke so great, for example, was how his story had been teased from the first season, and the “why” behind his villainy was more satisfying than Eobard Thawne’s mostly uncomplicated treachery.

I like the villains from The Flash, but I’m much more invested in the villains of Arrow, especially Floyd Lawton. Point goes to Arrow. 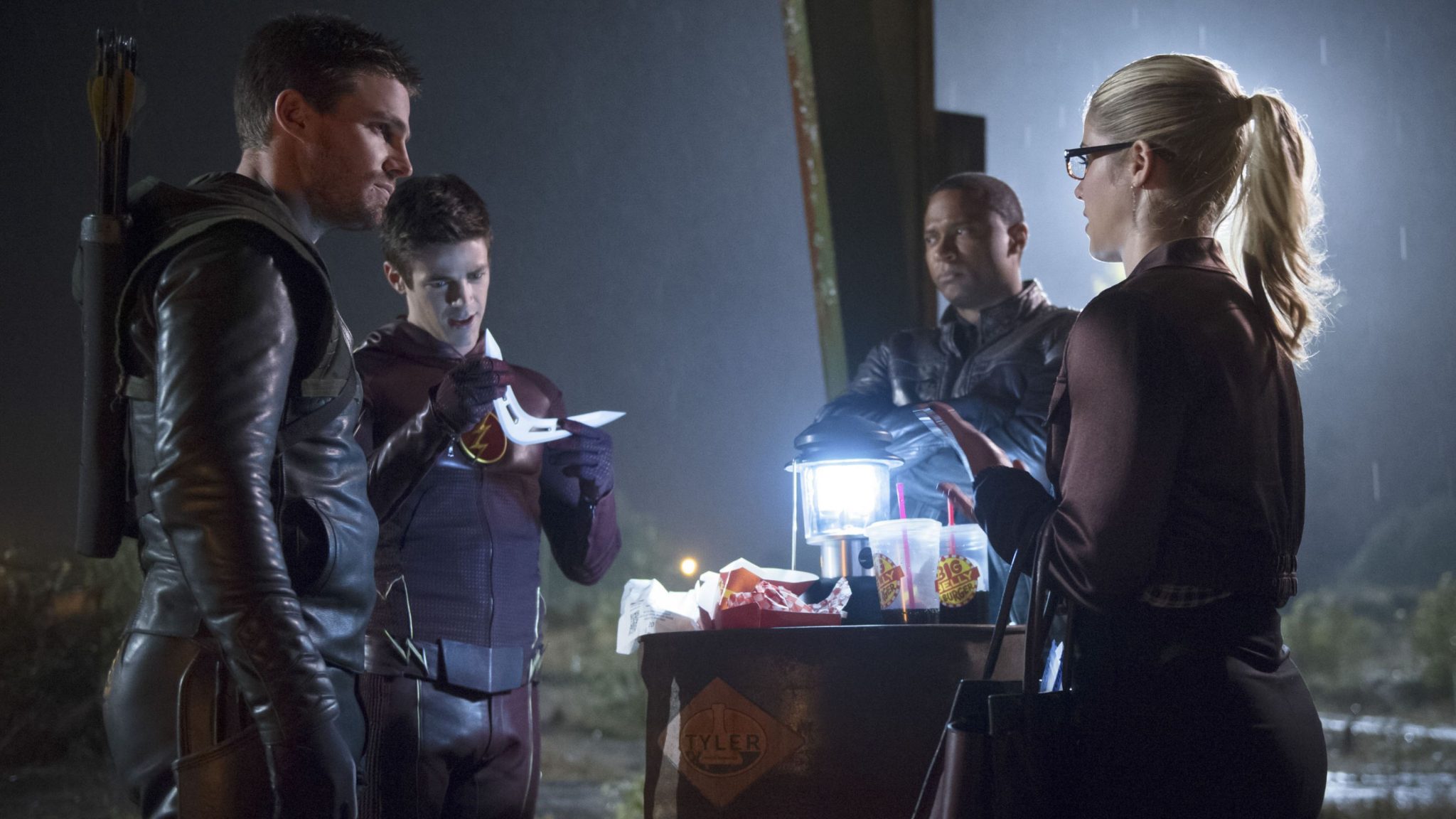 Included in this analysis is storytelling. Which show delivers the best experience in terms of drama and character development?

Arrow had a very promising premise in its first season that gave it the steam it needed to survive. Oliver Queen returned from presumed death after five years. While trying to readjust to his life and friends (including the ex-girlfriend he cheated on with her sister who died under his watch), Oliver took up a crusade as a vigilante, trying to redeem his city with the skills he learned while on a mysterious island.

This initial story worked well because we also saw flashbacks to the island that explained how Oliver survived and became “the vigilante.” By the time we reached the third season, however, the flashbacks quickly became pointless, feeling more like fodder for lackluster B plots. There’s a good one every now and again, but for me, these have been pretty skippable.

In contrast, The Flash utilizes “secret endings” at the end of each episode that shed light on a bigger mystery. Who is Harrison Wells, really? Who is the Reverse Flash? Who is Zoom? Strange I’m mentioning it again, but this is something Teen Wolf has excelled at in a grander sense, using mysteries you actually care about to keep you tuning in.

But does that really make the story better? No, and that’s a good thing. These mysteries are accessories to what make The Flash a fun watch, not the entire hook. I’m fine with waiting to find out which character is who because I enjoy Barry Allen’s journey as a superhero. It’s simpler than Arrow, for sure, and I like that because Flash is a less serious character, so when there’s drama, it feels more genuine when mixed with the comic relief.

This is another close call, but I have to give it to The Flash. While it may lack a narrative that hooks you in immediately, it provides a fleshed out universe that feels more fun to sink your teeth into. 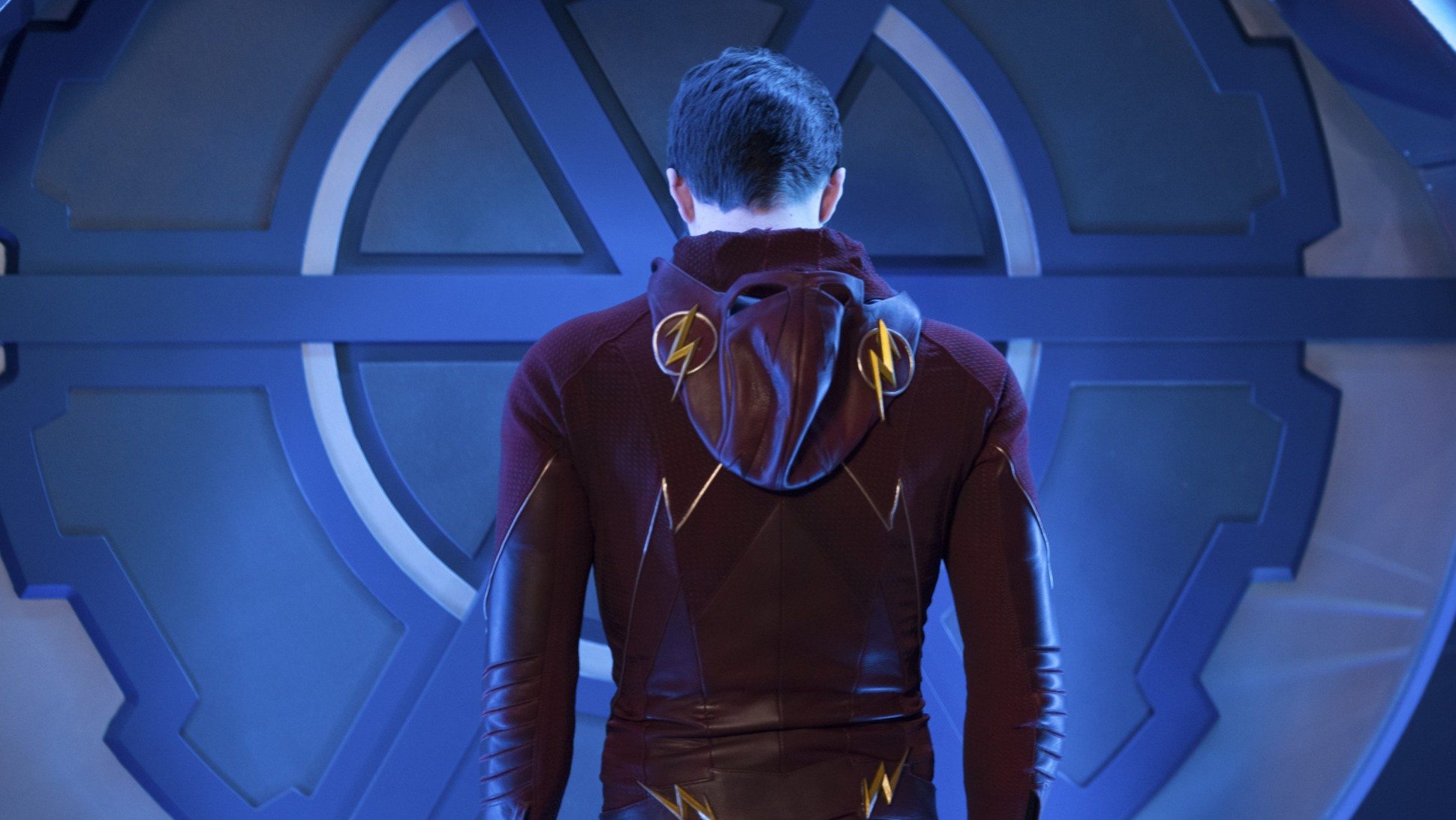 Well, I guess the critics are right. The Flash is better than Arrow, but it’s a closer match than I think some people realize. In everything we discussed, Arrow had many bright spots that elevate it above The Flash in some respects, especially when it comes to villains.

But overall, The Flash has benefitted from being more refined from the get-go, which is a testament to the work put in to make this show the best it could possibly be. We owe plenty of gratitude to Arrow for paving the way, but it’s honest to point out that it’s not the best, at least for now.

Agree? Disagree? Sound off in the comments.

12 thoughts on “Which Is Better? Arrow vs. The Flash”