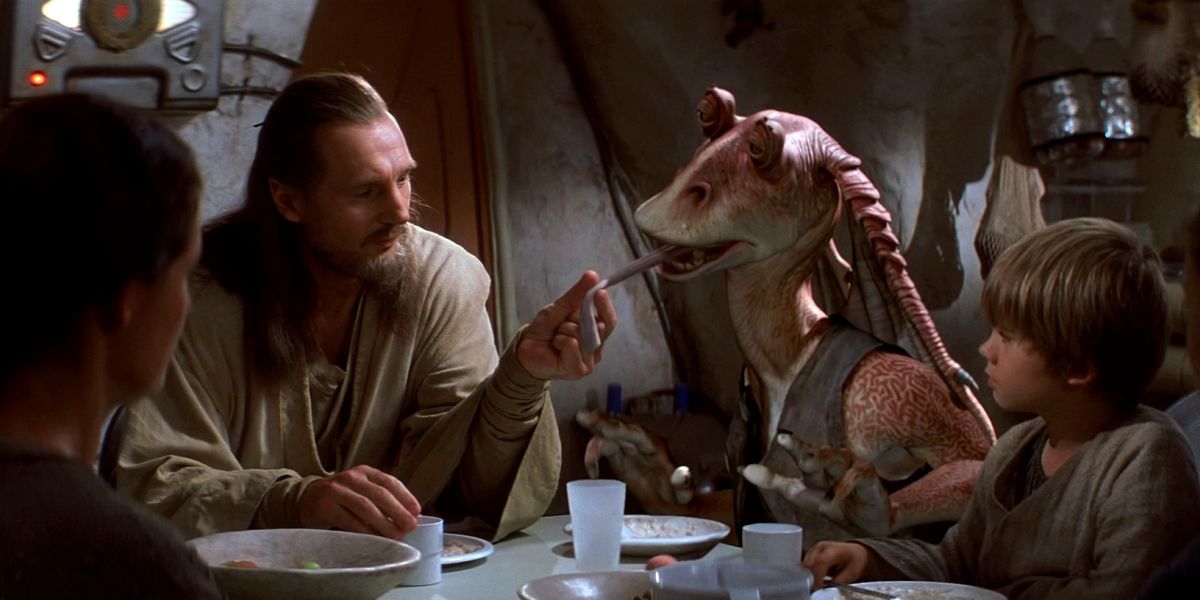 Snarcasm is a weekly series where I encounter and try to understand the worst articles on the Internet. This week, I take on my fellow millennials who’ll say anything for a click.

OK, we already talked about Star Wars a few weeks ago, but that was more about Piers Morgan and how irrelevant his film commentary is. That said, a similarly contentious article about the revered Star Wars saga was recently dropped on my doorstep with “It’s a trap!” scribbled across the label.

Writing for Toronto Star, Ian Gormely presents his case for why we may have been a little too harsh with the Star Wars prequels. Of course, that means his headline is…

Why the Star Wars prequels are better than the originals

And they say clickbait doesn’t write itself.

Now to be fair, the subhead is a little less sensational:

A generation of fans who grew up with the more recent trilogy make a compelling case that those are the superior films.

Alright, you have an element of an interesting think piece here because younger viewers like me gave the prequels a pass, which is arguably similar to how older fans forgave the original trilogy for its ample flaws. I don’t agree, but it’s a worthwhile argument.

Then the article starts.

The prequels never stood a chance.

Right. One of the most anticipated films of the last 20 years never stood a chance. And yet the hype surrounding The Phantom Menace was astronomical, more so than this year’s The Force Awakens (because hey, we’ve learned the hard way not to get our hopes up).

The prequels very much stood a chance. People over the age of 15 just didn’t like them.

Hampered by two decades’ worth of expectations and hype, George Lucas’s deep dive back into the Star Wars universe was destined to disappoint.

I’m sure Ian would have said the same thing about The Empire Strikes Back if it had been terrible.

Star Wars (awkwardly retitled Star Wars Episode IV: A New Hope when Lucas rereleased it in 1997) and its sequels were generation-defining movies.

Awkwardly? I grew up in this time period, too, and I don’t remember having an issue with the naming conventions. And if they had kept the name “Star Wars” for just the fourth movie, that would have been way more awkward.

Also, why even bring that up?

When Star Wars Episode I: The Phantom Menace arrived in May 1999 fans were met with a film that was visually (computer-generated effects) and tonally (it was aimed at kids) miles away from their beloved originals.

When he says aimed at kids, he’s implying that the movie was mostly aimed at kids. Which isn’t true at all if you remember any scene from The Phantom Menace about trade negotiations, political squabbling, and multiple Jedi blathering instead of fighting until the last ten minutes.

And just to be clear, I enjoyed The Phantom Menace as much as I did Revenge of the Sith. I think they’re decent, even average movies. Their mediocrity is all the more depressing, of course, when you compare them with the original trilogy. Attack of the Clones is the only Star Wars film (in my opinion) that gets a failing grade.

Subsequent prequels, Episode II: Attack of the Clones and Episode III: Revenge of the Sith, moved closer to Lucas’s originals, but many fans felt betrayed. This wasn’t their Star Wars.

He’s framing this argument as if Lucas was some sort of visionary trying to create something different, but those pesky fanboys were just too afraid of change. The problem, obviously, was that this change we got in the prequels was filled with annoying issues that even kids pretty much shrugged at.

Granted, we loved the prequels as kids. At the time, they were beautiful spectacles that forced us to wade through hackneyed plots to get to the stylized action. But not once did I ever consider them better than the original trilogy, solely because they were designed to be depressing departures, while the rest of the saga was filled with…well, hope.

Reportedly? Why did this blog spam suddenly remember it’s on a news publication?

But here’s the rub: a lot of people went to see The Phantom Menace — it made a billion dollars at the box office. Now in their 20s, this generation of Star Wars fan grew up not knowing a world without digital effects or Jar Jar Binks.

You know, unless we watched Quentin Tarantino movies instead.

To get a better sense of how they view the Star Wars universe we asked three deeply passionate fans to share their thoughts on the prequels.

Nice prank, Ian! For a second, I thought you were going to crowdsource your opinionated article with anecdotes instead of arguments—

Stuart (do you really want to know his last name? Isn’t privacy a thing in cases like this?)

I’m going to leave out the heaps of personal data Ian dishes out for this guy, including his inclusion of (and I’m not joking) working for Virgin Radio.

I loved Darth Maul. The final lightsaber battle, that was the best lightsaber fight I’d ever seen.

Really? Because even my 8-year-old self still preferred Luke’s freakout in Return of the Jedi. Different strokes, but perhaps you loved that lightsaber battle more because the rest of the movie was so forgettable? Maybe?

Fans of the old series were looking for that nostalgia that they could relive. When the Phantom Menace came out, that’s when I think I was getting the experience that my dad and his generation had when the originals came out.

The problem is you think you had the same experience, but you’ll never know. And that’s fine. It’s great that you enjoyed these movies, but how can you compare that with someone’s else’s experience with a different movie during a different era? It would be like me telling my grandmother that seeing Get Hard was the equivalent of her going to see Gone With The Wind on opening night.

Ian’s next conveniently positive anecdote comes from someone who was 6 when The Phantom Menace came out (I wonder why we aren’t talking about Attack of the Clones at all?)

At times, this happens, sure. Notably in Revenge of the Sith when we get some solid scenes of Anakin getting seduced by the dark side. But come on, that’s a fraction of the whole film, which was mostly nonsense dialogue, deadpan characters, needless explanations of things that were better left to our imaginations, and sand, everywhere.

The worlds, the designs and the sci-fi concepts they introduce (in Attack of the Clones) are the best in all of Star Wars.

No, they are not.

Scrap those rehashed locations and you’re left with the green screen that is Kamino and Geonosis, which was basically Tattooine with mountains and a CGI factory.

Simply put, saying Attack of The Clones has the best worlds and designs is like claiming Chappie is a better Neill Blomkamp movie than District 9.

Oh really? I wonder how many people can tell me (without looking it up) why Jango Fett was trying to assassinate Senator Amidala. Or how Palpatine specifically got his emergency powers. Or why the clones were working for Jango, but ended up in the hands of the Republic by the very end. Or why Dooku betrayed the Jedi. Or what Anakin’s deal is with SAND EVERYWHERE, HE’S FROM A SAND WORLD SO HE SHOULD BE USED TO IT.

Star Wars was an adventure story and now they give it scope. It’s more than a ragtag team trying to take on the whole world. It almost becomes a political thriller.

A ragtag team? Of a girl, her stalker, and two droids who offer nothing to the plot but are only there because we remember them from other movies? Or were you referring to Obi-Wan and…um…that fat alien from the diner? Oh, those dang misfits!

Ian provides more anecdotes, and what’s funny about them is that these guys completely admit the elements of the prequels are terrible. One guy notes “the crappy love story,” but justifies it by saying people were invested and had to see what’s next. You know, like clickbait.

And that’s it! Ian ends the article…there. No conclusion…hmmm…comments are closed, that’s interesting…

I guess I missed the part where Ian and his friends actually make a case for why the prequels are better than the original trilogy. Or bring up specific things about the original trilogy. All I read was a laundry list of subjective observations and straw grasping for the sake of getting attention. That’s the Snarcasm guarantee.

Guys, I’m not trying to hate on anyone who loves the prequels. I get it. They can be guilty pleasures because we saw them at an age when all we wanted to see on the big screen was a cacophony of lightsaber fights and epic space battles. And the prequels absolutely delivered on that.

But let’s not kid ourselves, pun intended. The prequels were fan service, but for the lowest common denominator. They were the Fast and Furious movies in space, except they were intended to be more compelling, which makes them all the more cringeworthy. I don’t mind re-watching them and appreciating decent moments throughout, but you’re never going to convince true fans of any age that they’re better than what we got with the original trilogy.

16 thoughts on “Snarcasm: The ‘Star Wars’ Prequels Were The Best Movies All Along”