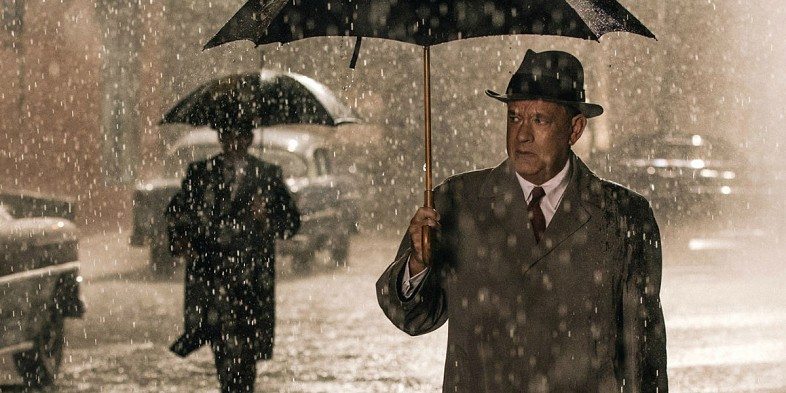 Based on true events, Tom Hanks is James B. Donovan, an insurance lawyer who is recruited by the CIA to represent and then help negotiate the terms of a Soviet spy (a surprisingly sharp performance from Rylance) who is in captivity. Meanwhile, a U.S. pilot has been captured by the Soviets after getting caught with spy equipment. It’s up to Donovan to make sure a peaceful resolution is reached, despite the overwhelming odds against his favor, especially when he’s forced to go on the other side of the Berlin Wall.

Though this is a beautifully shot film, you’ll notice that a bluish gray tone persists throughout every period setting you’re taken to. It’s unique at times, but it doesn’t quite measure up to the excellent performances and high quality writing (in no small thanks to the pen of the Coen brothers) that ultimately overshadows the decent visuals. Still, there’s much to be said about how well the environments are considered from Donovan’s home in America to the aforementioned scenes in Germany that provide some stunning commentary (mostly by train) about how the Cold War shaped prejudiced and fear mongering attitudes of that time period.

The movie is mostly theater that will set up Tom Hanks for a possible Oscar nomination. But apart from a few good speeches and another Oscar-Worthy performance by Rylance as a supporting actor, it’s not one of Spielberg’s best films. But for Spielberg, that’s still high praise, and Bridge of Spies is easily one of the most entertaining, and important, movies you’ll see this year. 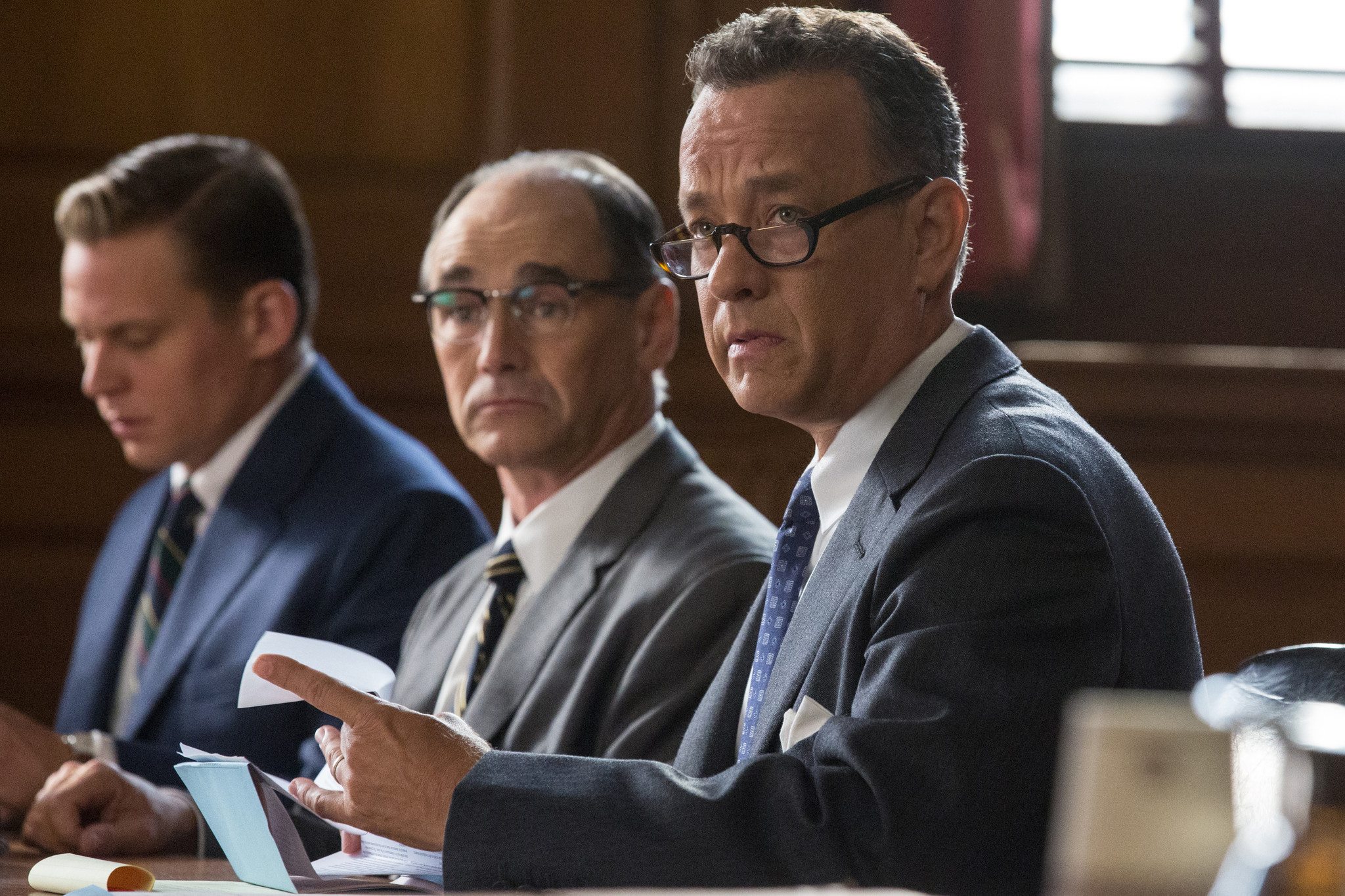 This film has its flaws, but it’s still excellence in genre filmmaking and a film I’d certainly watch again. If you love well-written and masterfully-directed movies, you shouldn’t miss it. But if it takes a lot to hold your attention for two hours, then you may want to wait and rent this one.

If you’ve seen Bridge of Spies, let me know your thoughts in the comments. And be sure to check out our podcast review coming this Sunday, where we’ll talk about the film in more detail.

1 thought on “Review: ‘Bridge of Spies’”