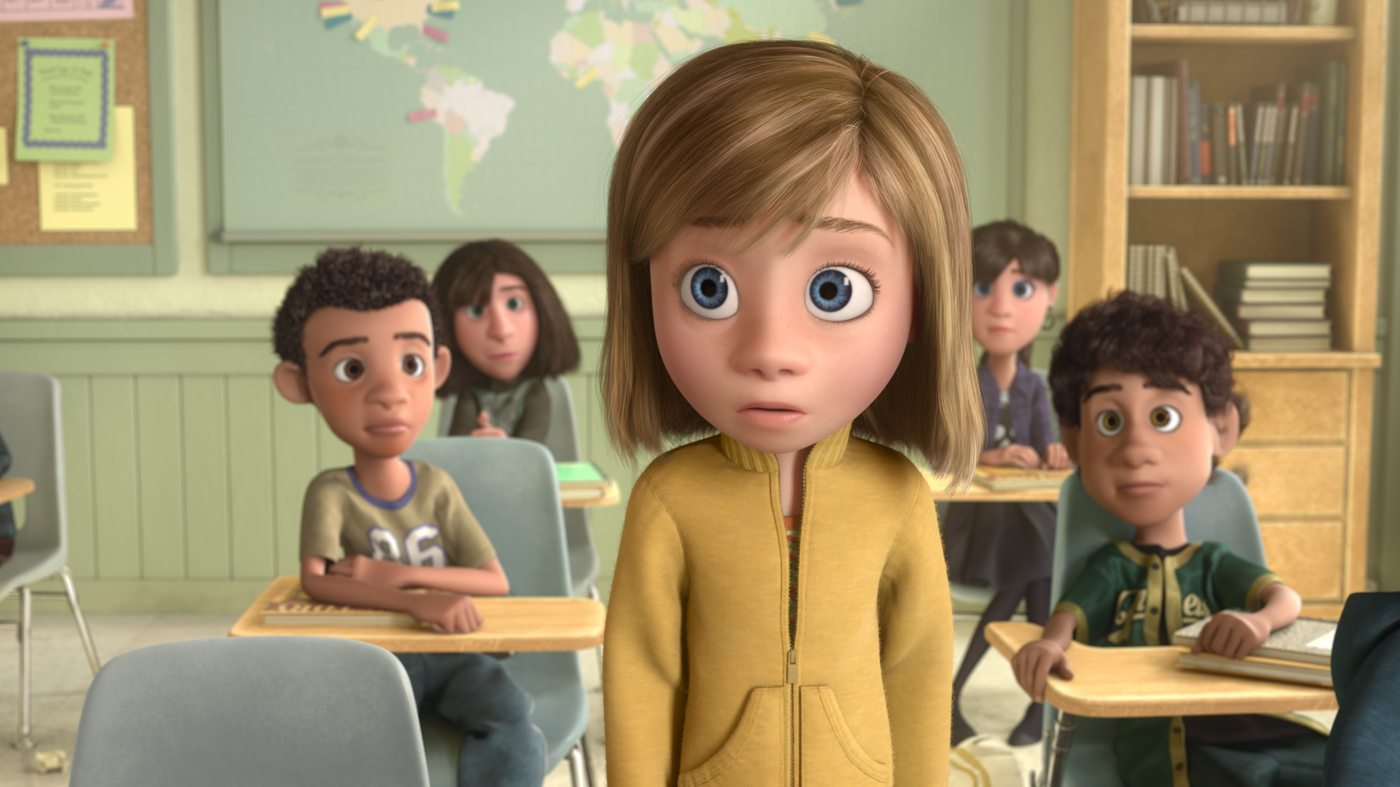 “Snarcasm” is a new editorial series about a mild-mannered film blogger who goes head-to-head with other silly bloggers. Snark + Sarcasm = what you’re about to read.

Sawin kicks off his review with the headline, “‘Inside Out’ is an underwhelming yet clever effort from Pixar.” I guess you could say it’s…cleverly underwhelming? Probably not.

But as Riley’s parents decide to move from Minnesota to San Francisco, Riley is taken from everything she once knew and thrown into a strange place with no friends.

Sawin gives a pretty exhaustive synopsis of the film at this point, then mentions “Lava” as the short that precedes the movie.

The short is a decent representation of what you should prepare yourself for when it comes to the appreciation and enjoyment factors of “Inside Out;”

Oh, so t’s beautifully animated and filled with rich characters you find easy to love thanks to a well-written script? 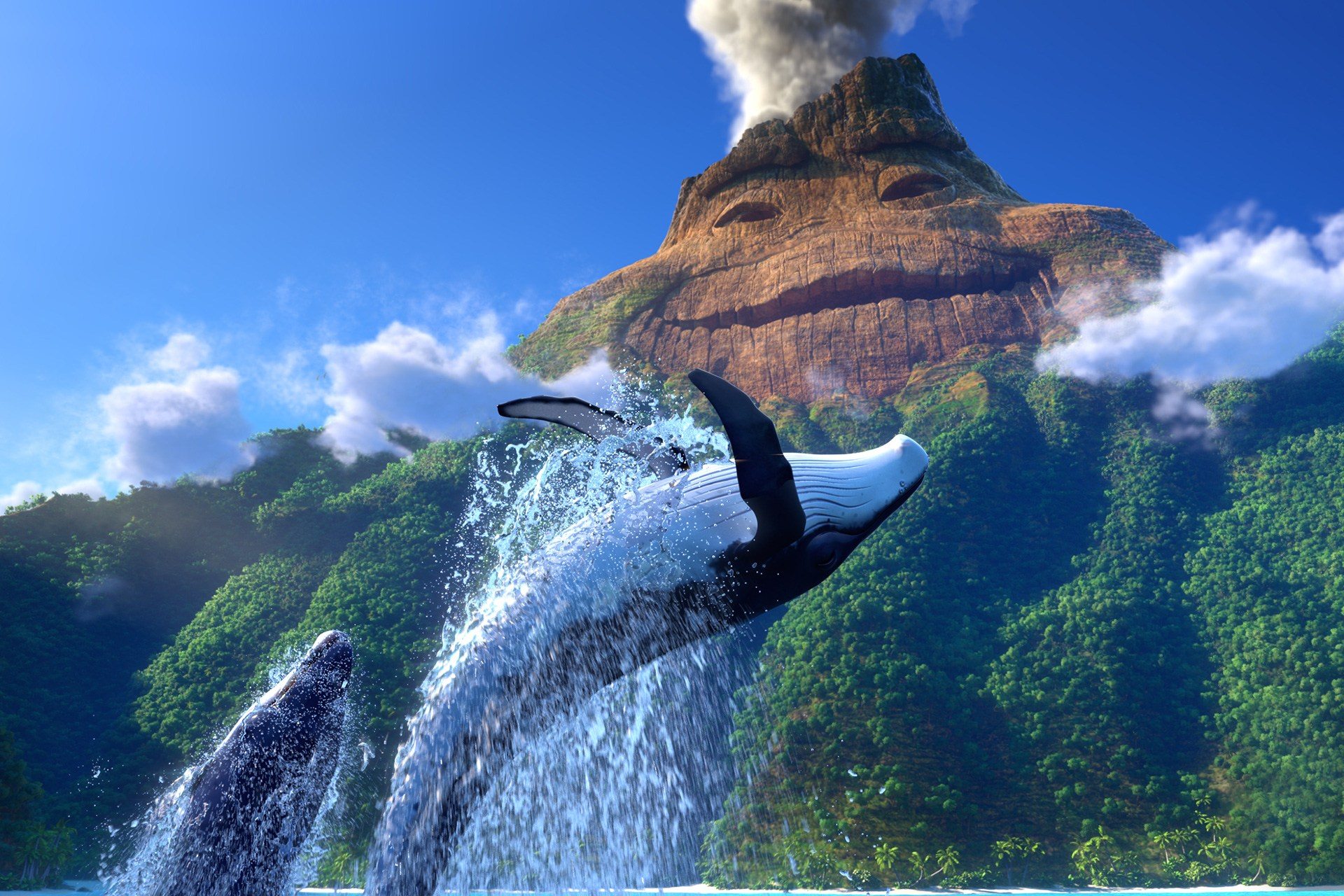 it’s mildly amusing and cute but nothing great.

The theme of Sawin’s review, by the way, is that no matter how good you are at something, it’s not “great” because Sawin says so. Let’s continue.

What the film fails to do is capitalize on the Pixar reputation of affecting a wide range of your emotions throughout its duration.

So, five emotions aren’t enough? I have a feeling that Sawin would have otherwise complained that there were too many emotions and not enough focus.

Also, since when do Pixar movies have to affect a lot of different emotions? They usually go for humor and drama. Am I supposed to be more angry and disgusted while watching Pixar movies?

but the bottom line is “Inside Out” is often lethargic to a frustrating extent.

I’m pretty sure calling Inside Out sluggish is akin to calling There Will Be Blood a romantic comedy. The film immediately cuts to the chase, with the main problem of the movie (Riley’s move) occurring as the title screen pops up. And this is in the first five minutes.

Honestly, I have no idea what Sawin is getting at when he calls the film lethargic. From my perspective, every scene moves at a brisk pace, especially the action, without forgetting it has a new world to build that won’t go over your head. There were very few moments of downtime.

Each Pixar film is usually distinctly different than the last.

“Inside Out” is the first film where the character designs of the humans in the film remind you of “Toy Story” or certain elements of the story or visuals are reminiscent of “Up.”

Well, yeah. How is that a bad thing? In order to easily distinguish between the human world and the mind world, the visual artists had to conceive of humans who felt familiar. What better way than to use techniques learned from the successful Toy Story franchise?

And to be fair, Monsters Inc., and its prequel also share human characters with similar visual styles. Same with Finding Nemo. I’d even argue that the humans of WALL-E look a lot like humans you’d see in Ratatouille or The Incredibles. There’s even an old lady in Ratatouille who looks just like Geri from Toy Story, but with a shotgun.

Maybe it has something to do with how these characters show up in different movies all the time? Nope! Sawin calls it lethargic.

Imagination Land, which is a personal favorite segment from “Inside Out,” has you remembering your favorite moments from “Wreck-It Ralph,” even though it wasn’t a Pixar film.

Right, with all of the video games and the…uh…oh, well I suppose it almost looks like “Sugar Rush Speedway” sometimes…barely…not at all, really.

But unlike Sawin, I’ll actually support my argument. Here’s an image of Sugar Rush Speedway:

Alright, now here’s an image of Imagination Land from Inside Out. 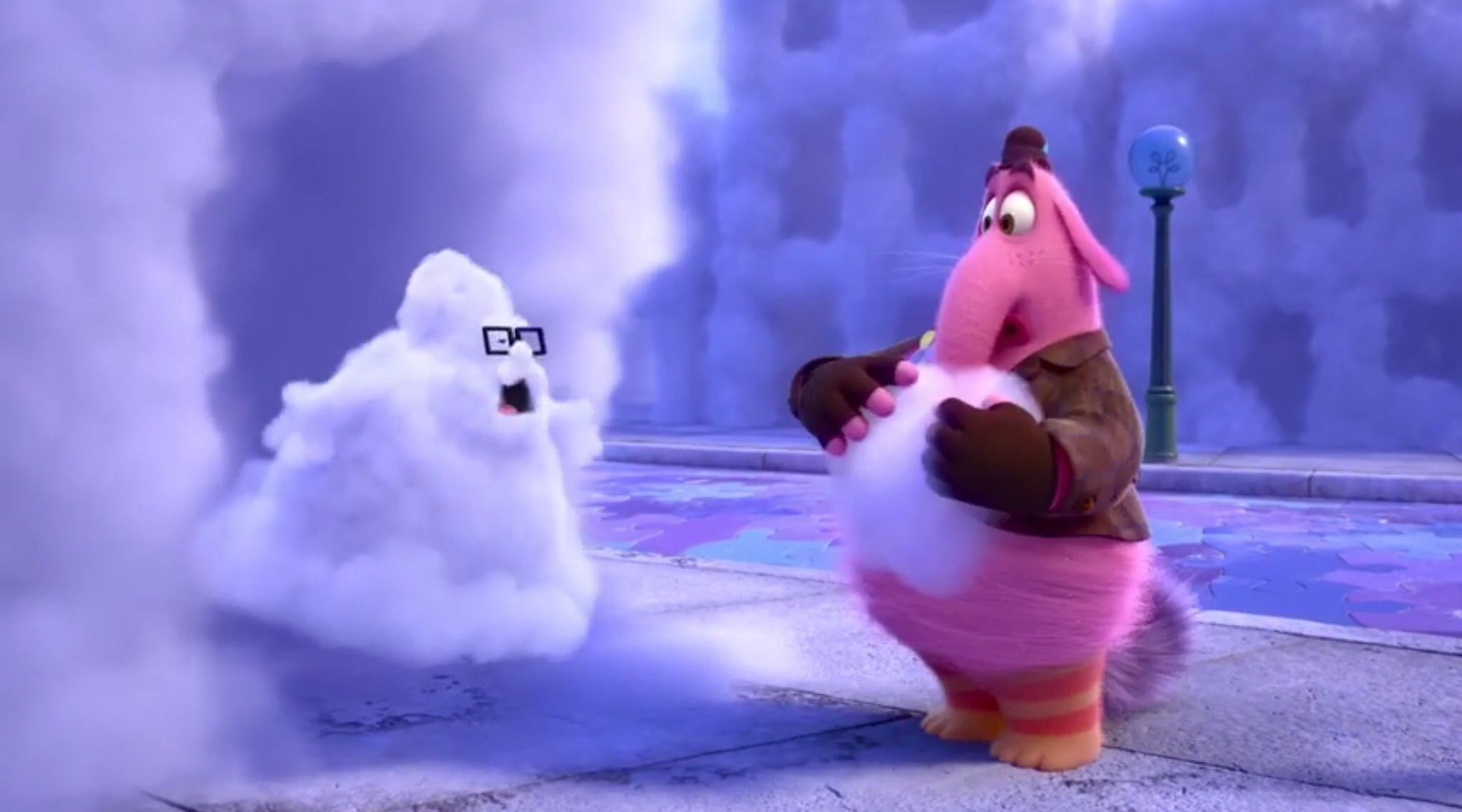 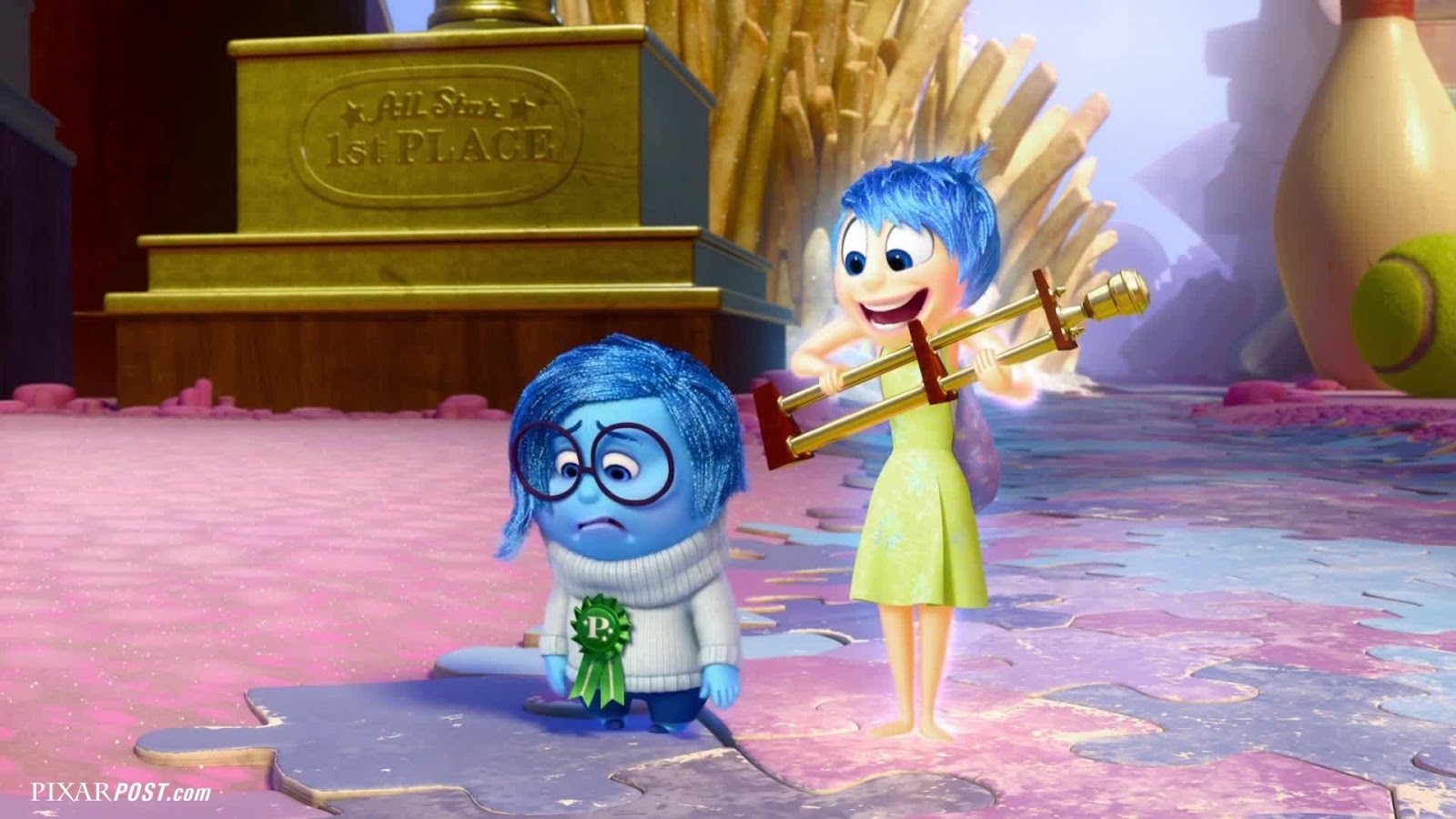 Hm, that doesn’t work either. There’s just a bunch of relevant objects related to things Riley imagines. Well, let’s try this one! 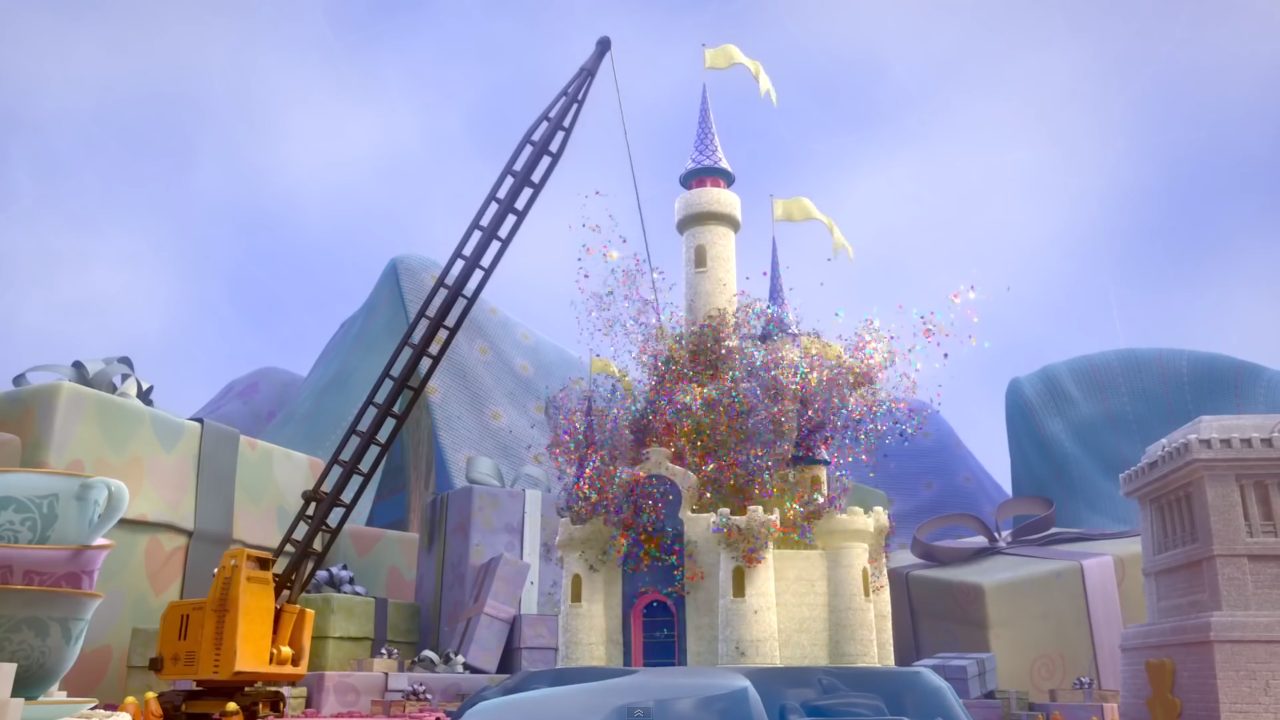 Ha! See, there’s a castle just like…oh, that doesn’t look like the Sugar Rush castle. Wait, wait, I’ve found it. Here it is! 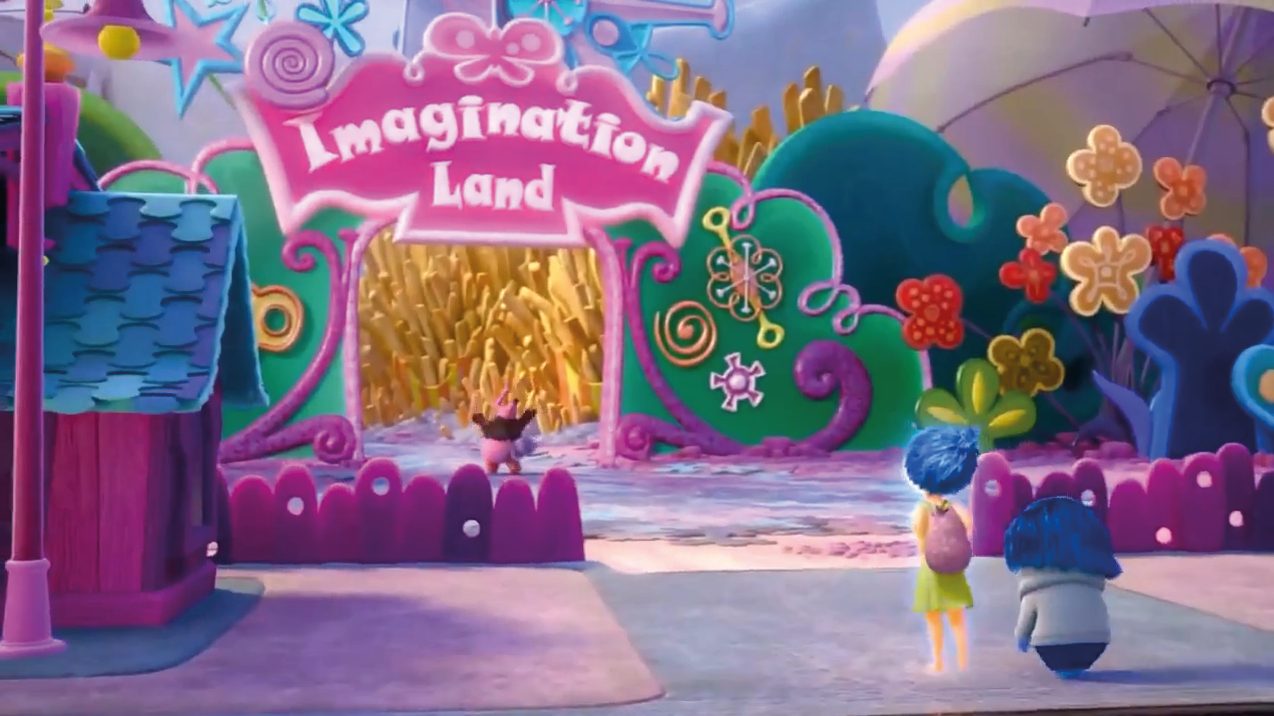 See! In this image, there are flowers. And in the Wreck-It Ralph image, there’s a lollipop with a flower pattern on it! Case closed!

“Inside Out” is innovative, but it’s not idiosyncratic enough to fully develop its own personality.

So it’s both innovative and more of the same. I’m pretty sure that’s a paradox.

Also, how idiosyncratic does it have to be in order to have its own personality that is fully developed? I’m guessing that by your standards, it has to be completely, 100% original. But how many other movies actually achieve this? Why is Inside Out being held to this impossible standard?

Sawin is clearly ignoring the scope of Inside Out, of course. This film covers a wide range of different sets, characters styles, and unique settings. Finding Nemo is the only other Pixar movie I can think of with this much diversity in its settings. So of course you can cherry pick a couple of locations that remind you of other Pixar films.

The animation seems to shine the brightest during the abstract stages sequence. It’s so much more quirky and eccentric than the rest of the film.

How is one sequence being “good” mean that the others are “bad?” Shouldn’t you be praising Inside Out for how good this scene is?

While the animation is as excellent as ever the character designs seem a step or two below what Pixar is known for.

All of the emotions appear to be designed for a film that was forced to go directly to DVD, which then made a B-line for the clearance rack.

Most characters in the film appear to be apathetic

In other words, “lethargic.”

OK, so Sawin doesn’t like the appearance of the emotions. He’s not “wrong” since this is an opinion based on his personal tastes. The problem, obviously, is that he has nothing objective to compare them to. 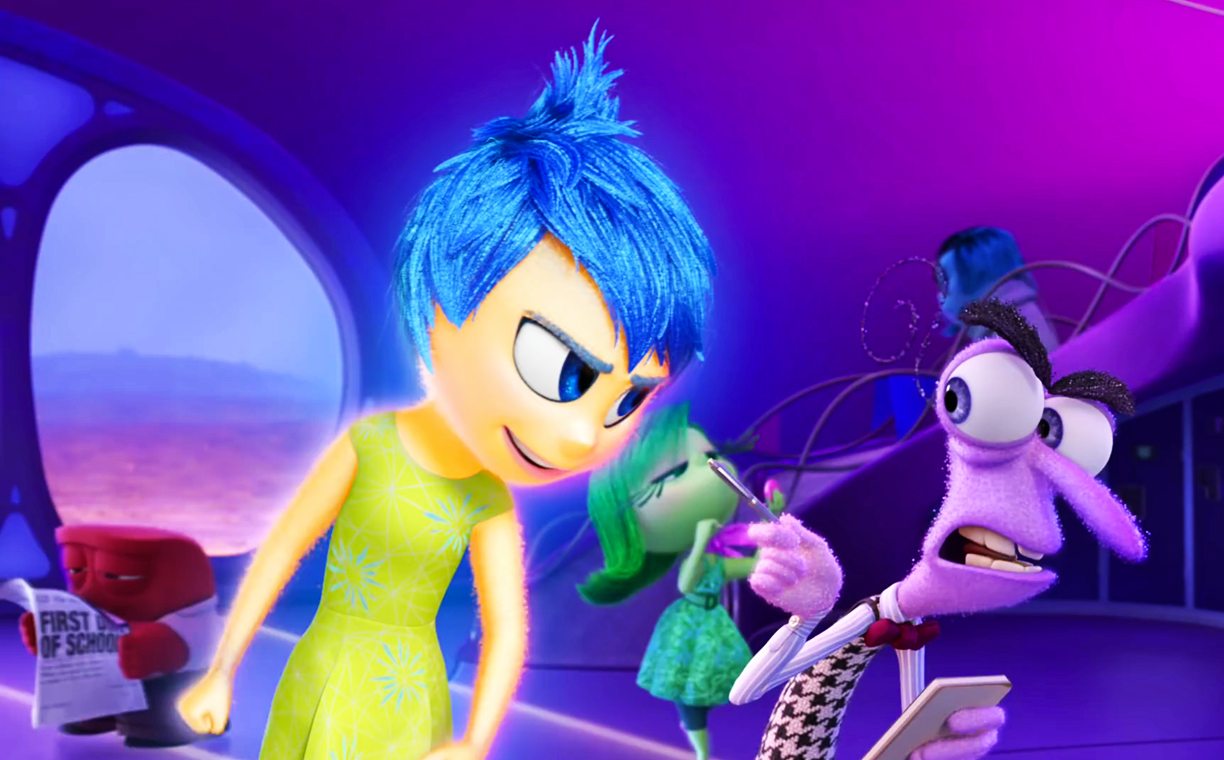 Personally, I find their designs genius. Like Up, they have their own shape language (Joy represents a star, Sadness is a teardrop, etc.) Additionally, they used color language to drive home the impact of the emotions with their prescribed color palette. And they’re designs were deliberately given an abstract shape so that they could move within their world by a set of different rules and physics because they’re inside of the mind. It’s subtle, but effective.

Even if you don’t find their designs very pleasing to the eye, it’s unfair to ignore how aggressively original they are. But in the same review where Sawin complains about the characters not being unique enough, they’re too unique.

and are therefore already not interesting before they even open their mouths.

You heard it here first. A character who embodies anger and is voiced by Lewis Black is “uninteresting.”

Dull character designs aren’t usually something you throw into the same sentence as “Pixar.”

That’s probably because no one else is.

The humor is also below any sort of standard comedies in general should have.

Standard comedies? Can you at least give an example of what you consider to be a—

Most of it will barely force a chuckle out of you

Most gags like the Tripledent Gum jingle are humorous at first, but are run into the ground early on.

OK, so the joke about an annoying, recurring jingle eventually gets annoying because it’s recurring. Got it.

Correct me if I’m wrong, but I’m pretty sure that joke is only referenced two or three times.

Other times it feels like the film is simply trying too hard to cater to the humor of an eight year old or the kid in all of us that it completely overlooks aiming for adult humor.

Can I say that bad word, now?

One might make the argument that Anger’s constant jabs at possibly using curse words is rather adult, but it seems too easy and too juvenile for Pixar.

Right, because we celebrate the humor of Toy Story and Finding Nemo because they had so many adult jokes. Just keep swimming, Sawin. 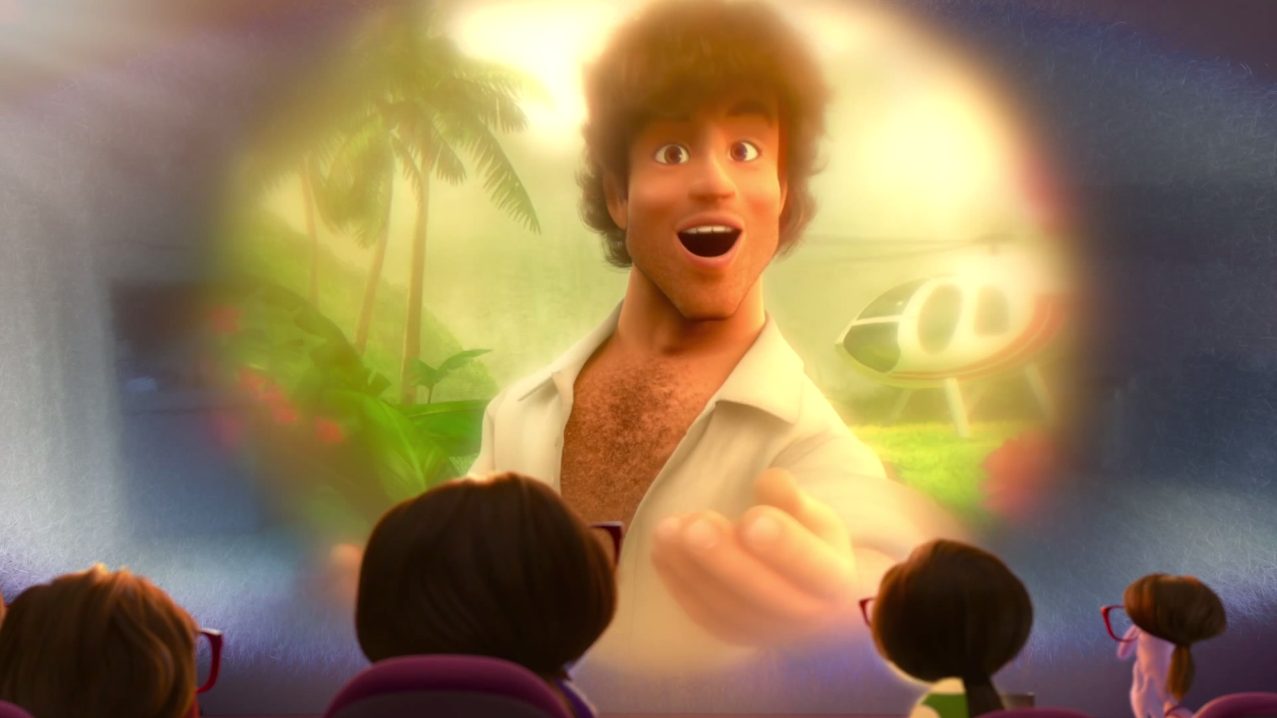 Of course, Inside Out has a good amount of jokes that go over the heads of an eight-year-old. A standout is Bing Bong nonchalantly mixing a box of “facts” with a box of “opinions.” And Riley’s mom fantasizing about an affair…ah, never mind.

While none of us enjoy being sad, “Inside Out” utilizes how important sadness is to our daily lives. You need a steady emotional balance to take on growing up and the rest of your life and “Inside Out” approaches handles those elements extremely well.

Keep in mind that this is one of the many instances throughout the review where Sawin gives the film high praise. Yet it’s still a 5/10.

The animated comedy is imaginative, but it lacks laugh out loud humor and its lazy animation is disheartening.

Lazy animation? Earlier, you wrote that it was excellent.

Pixar films are known to pack an emotional punch and “Inside Out” doesn’t have any of that.

All it has to offer is a misguided beating heart that is visually displeasing.

The problem with this review, however, is that he offers no basis or reasoning for his critique. It’s just one opinionated assertion after another, and he doesn’t offer the film any credit for the very things he praises (then eventually derides).

In other words, the only lazy thing about Inside Out that I’ve come across is this review.

16 thoughts on “Snarcasm: ‘Inside Out’ Was Just So Disappointing”