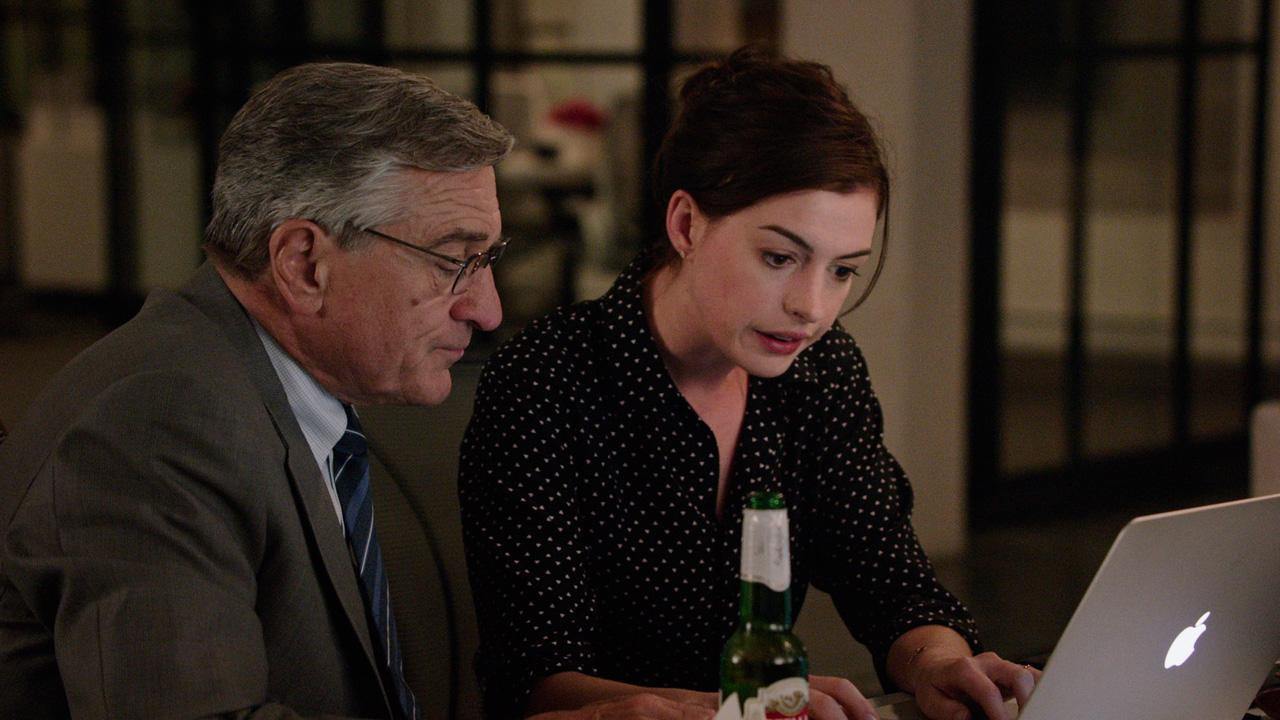 The Intern was directed and written by Nancy Meyers, and it stars Robert De Niro, Anne Hathaway, Rene Russo, and a host of other actors you’ll probably recognize. De Niro plays Ben Whittaker, a 70-year-old man in retirement who applies to become a “senior” intern at an online fashion company in New York. He’s assigned to the young and perpetually busy CEO, Jules Ostin, who is played by Anne Hathaway.

Watching the trailers for this, I had low expectations for The Intern. From the outset, it looks like another phoned in De Niro movie devoid of a good story and interesting characters. And to be fair, I’ve never gravitated toward the work of Nancy Meyers, who wrote and directed Something’s Gotta Give and It’s Complicated.

They aren’t terrible movies (well, besides It’s Complicated), but I had a hard time connecting with the older characters in these movies. Jack Nicholson was fine in Something’s Gotta Give, but he didn’t strike me as someone I actually knew in real life going through what he goes through.

In other words, these movies just aren’t that relatable. 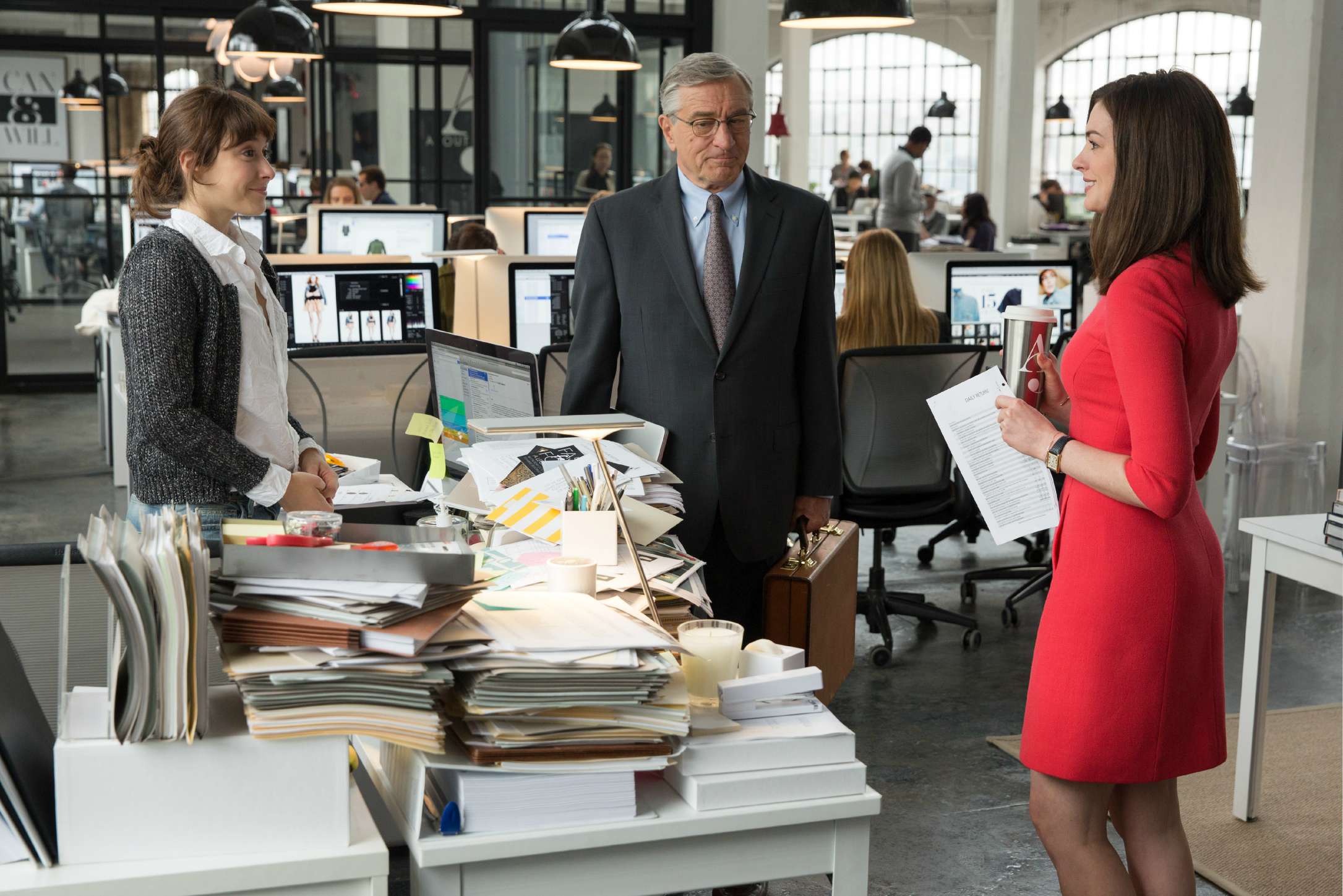 With The Intern, Meyers has finally delivered a film that gives the audience something endearing to grab onto, no matter your age. This movie is downright charming and pleasant to watch. It’s funny, even though it doesn’t really need to be.

And best of all, the characters in this film have something a lot of 2015 movies have been severely lacking in my opinion: effortless chemistry.

Like this year’s Paddington, these characters come to life best when they’re interacting with each other. Hathaway and De Niro, in particular, fire on all cylinders as two unlikely friends who prove that a movie about platonic relationships can be incredibly interesting.

At one point in the movie, Jules refers to the effect that Ben has on her, citing that she feels calm around him. That’s pretty much how I felt about this movie. It really is the first feel-good film of 2015 that  over-delivers on that description. 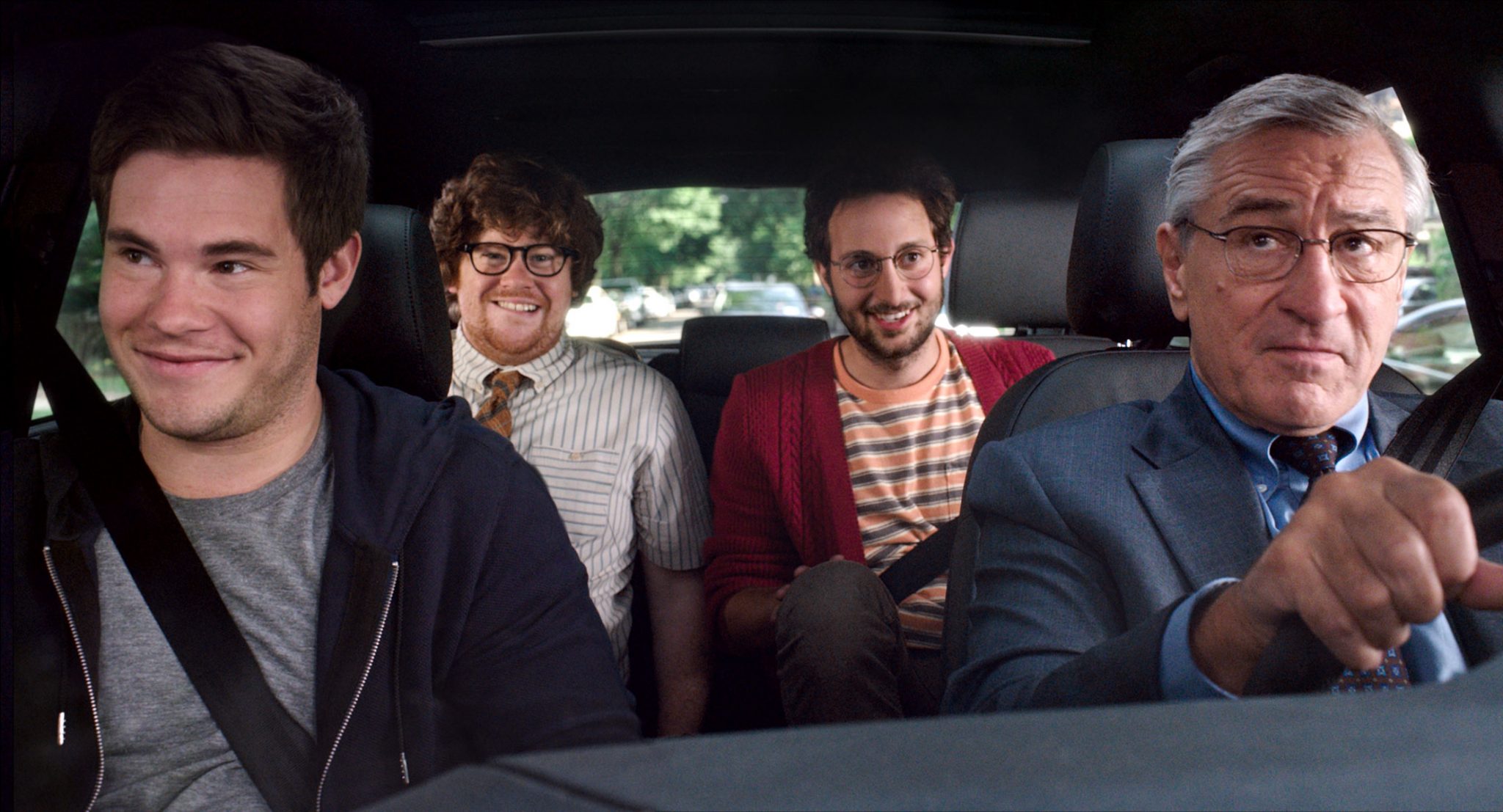 The Intern isn’t perfect, of course. Some of the laughs are a little screwball, and it suffers almost too much from its sunny vibe and lack of compelling drama (though there’s still plenty in the third act). But this otherwise ho-hum source material is elevated by the believable chemistry of these characters and Meyers’ knack for building memorable atmosphere (she almost makes Brooklyn feel like a small town).

My favorite scene, which I won’t spoil, happens near the end of the movie and involves both of these characters in a very vulnerable state. It’s drawn out on purpose because at the end of it, you see the true emotions coming from one of these characters in a way that hits you in the gut. It’s excellent storytelling that is owed in part to Meyers’ ability to extract honest performances from these seasoned actors.

Some critics will bemoan the lack of diversity or insertion of more relevant social issues. Personally, I think it was for the best that The Intern shied away from these topics because we’re already getting droves of more serious films this fall that address racial politics, transgender rights, and so on. The Intern is a self-contained commentary on what it means to work hard and collect worthwhile experience, even if it is a little fantastical at times. That’s all The Intern needed to be in order to make my day after watching it. 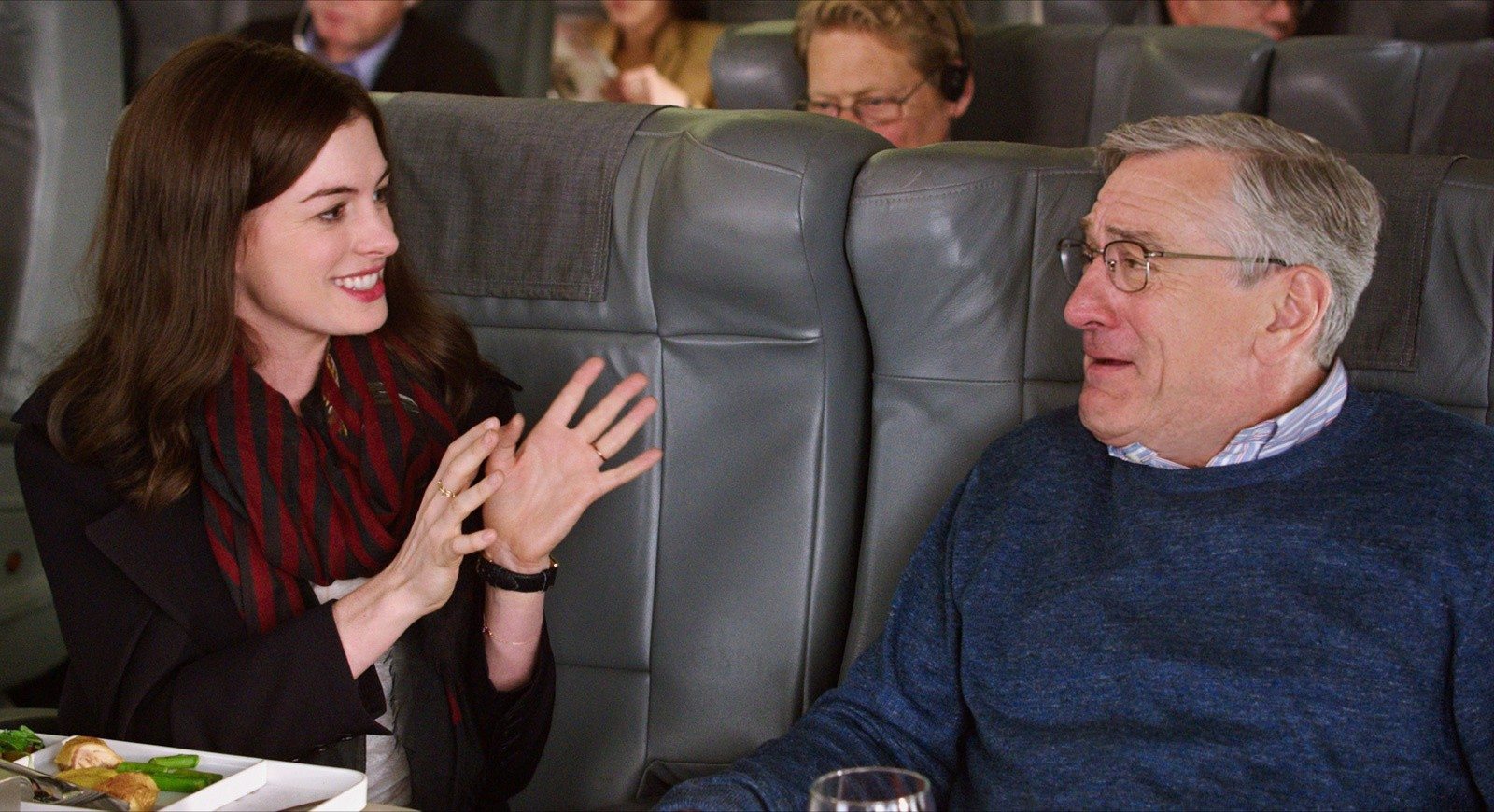 It’s one of my favorite films of the year so far, not because it has a lot to say, but because it does an excellent job saying it. If you’re looking for a movie that will offer a quick escape that will stick with you after watching it, then I can’t recommend this one enough.

If you’ve seen The Intern, let me know what you think in the comments, and be sure to listen to this Sunday’s podcast, where we’ll talk about the movie in more detail.

7 thoughts on “Review: How ‘The Intern’ Became One of My Favorite Movies of the Year”