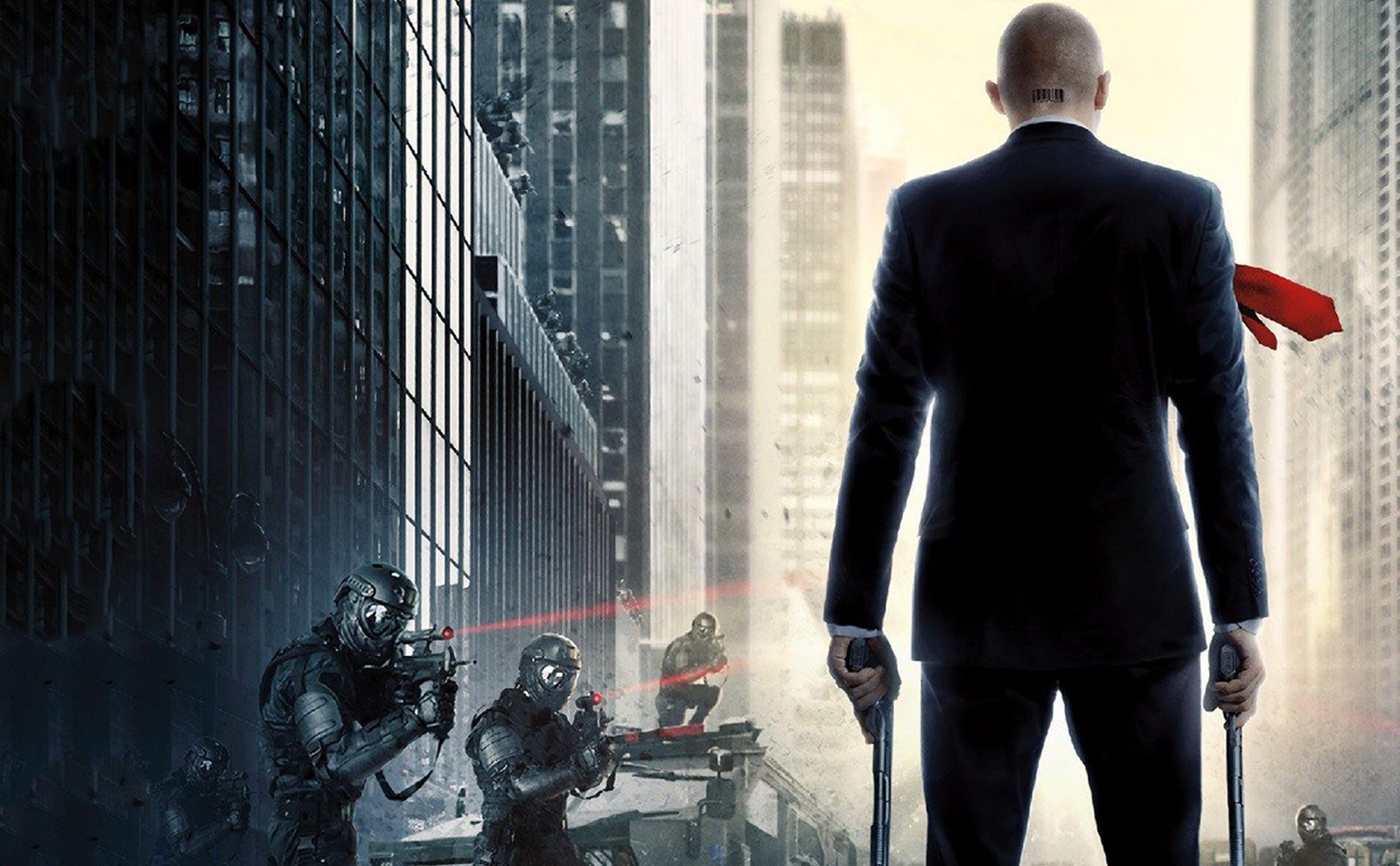 Hitman: Agent 47 was directed by Aleksander Bach and written by Michael Finch and Skip Woods. It stars Rupert Friend as Agent 47, Hannah Ware as Katia van Dees, and Zachary Quinto as John Smith—er—Brian.

It’s based on the video game of half the same name, Hitman, which is a popular franchise about an elite assassin with no emotions or empathy coming up with creative ways to kill his high profile targets.

He’s traditionally shown wearing his iconic red tie and nice suit. He has a shaved head, a bar code at the base of his neck from when he was “engineered” into an agent, and his trusty silver ballers, which are basically just Lara Croft’s dual pistols with silencers. 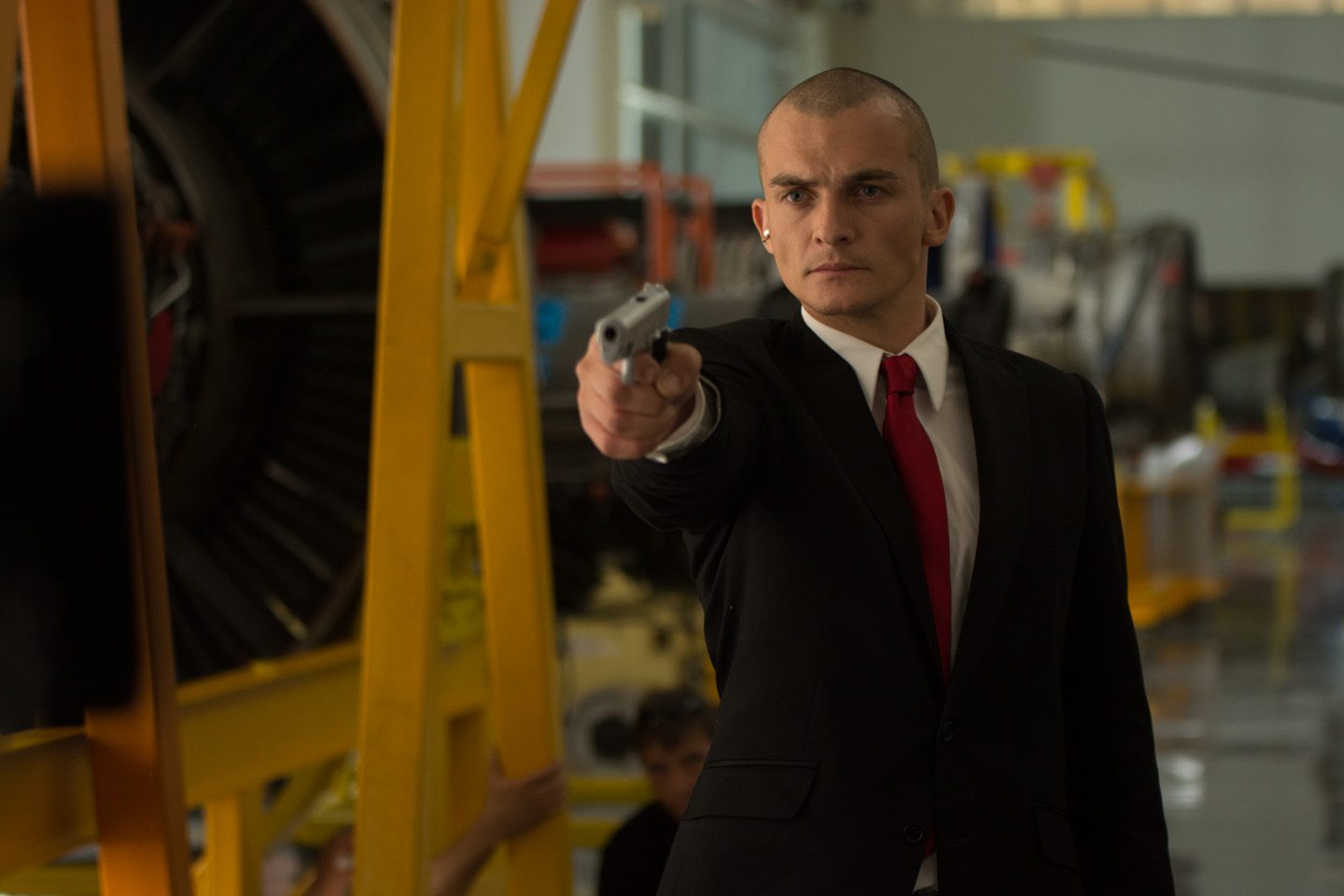 I’ve been a big fan of these video games since Hitman: Codename 47 came out in 2000. I still remember the brilliance of Blood Money from 2006, and I even liked Absolution, the somewhat poorly received game from 2012.

Even the 2007 movie starring Timothy Olyphant was a passable diversion for me. It had its problems, but it at least fell within B-movie territory. It had neat ideas, the characters were OK, and even memorable action scenes I still remember almost a decade later.

I saw Hitman: Agent 47 just a few hours ago, and I barely remember any of the action scenes in that movie. I don’t even know if I can explain the plot to someone without giving up halfway through.

So what’s this new Hitman movie about? The plot centers around a young girl who is looking for someone she’s never met who apparently holds the secrets to creating an army of super-powered assassins. She’s hunted by one of these assassins, who turns out to be Agent 47. She comes across a CIA agent who tries to protect her, but it’s revealed that he’s…the bad guy? And then Agent 47 is sort of the good guy. But they’re all looking for the same thing for different reasons…and…I think the bad guys want to…well, it’s never explained. 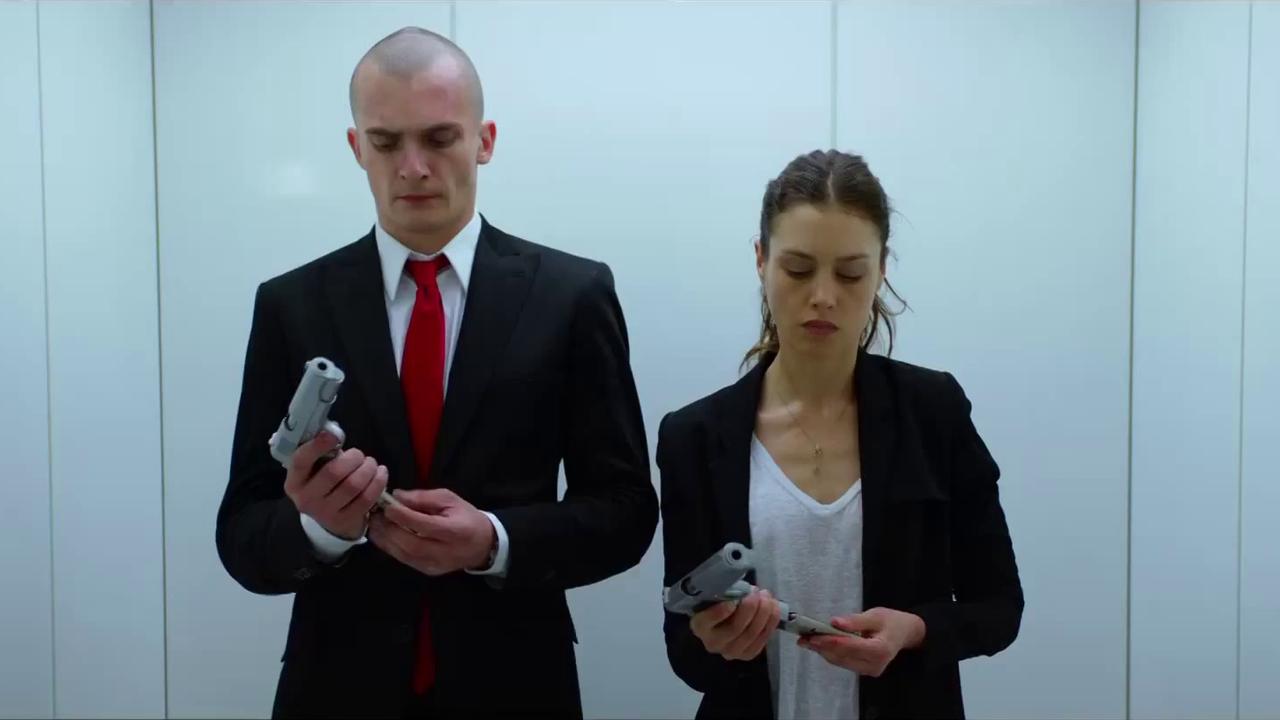 I think Jurassic World‘s militarized raptor subplot made more sense than this.

This shouldn’t come as a surprise if you recognize the talent of the writer I mentioned, Skip Woods. You may remember him as the guy who wrote X-Men Origins: Wolverine, Credentials, and…Hitman (2007)?

No, seriously, they brought back the guy who worked on the Hitman movie that completely bombed on top of the worst X-Men movie. People who make money doing this for a living made that decision. 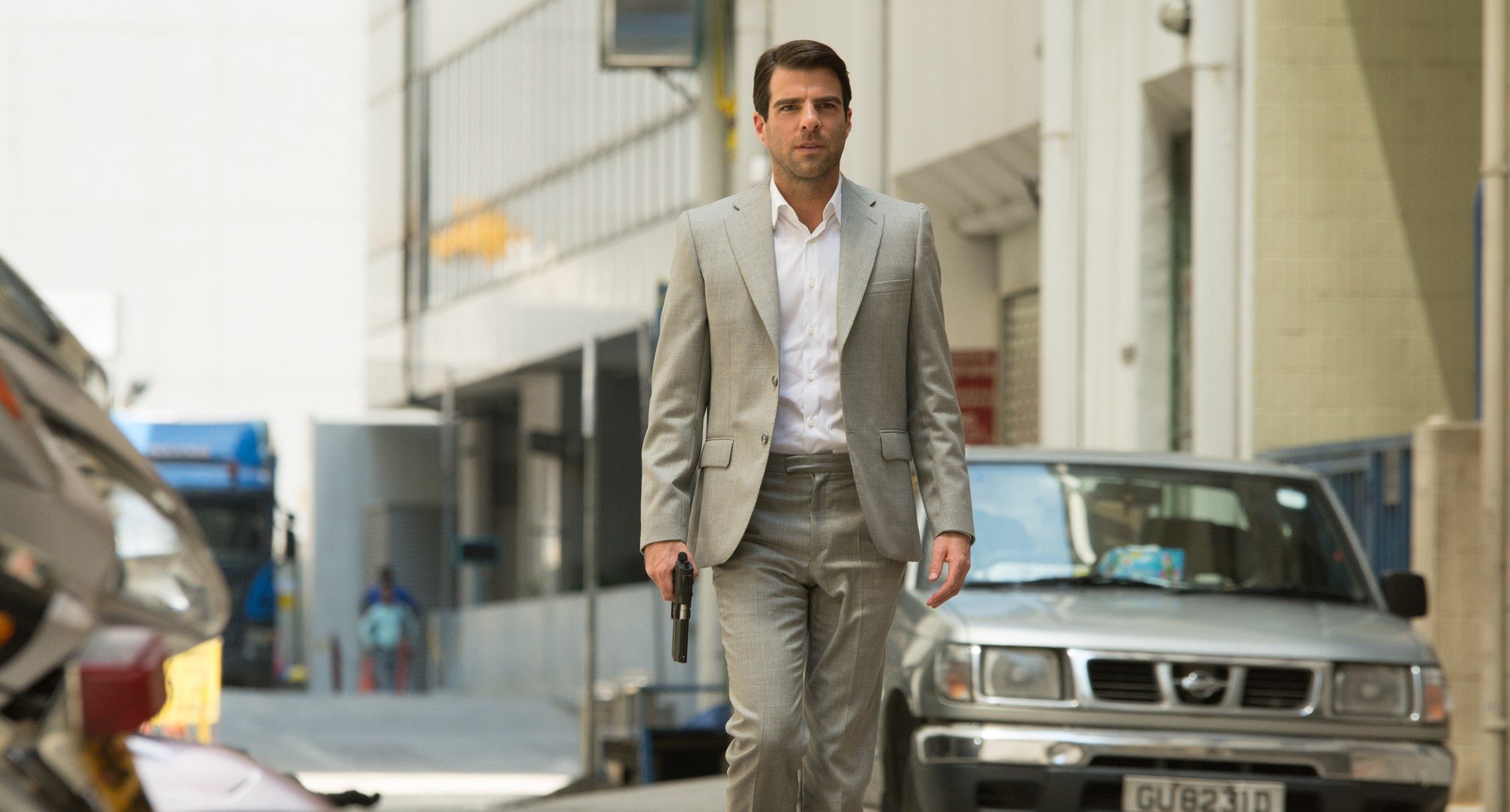 Not even the director seemed to know what he was doing here. This is Bach’s directorial debut, and even though the movie has some style to it, you can tell that it lacks good direction. The action scenes and editing are put together alright, and there are even some interesting ideas here and there (though nothing truly inspiring).

But there’s a complete lack of connectivity going on between both the characters and the set pieces.

There are multiple instances of Agent 47 and Katia having what appear to be “visions” that let them know what’s going on in other parts of the building. This doesn’t work at all because most of the visions are triggered when they touch someone or something or each other, making you think they’re psychic or just having hallucinations.

Also, it makes no sense WHATSOEVER that they can see through walls. Maybe the script does a better job painting this picture, but I found myself completely distracted by the lack of logic in how everything moved and related with each other in almost every scene. Even the ones in confined quarters. 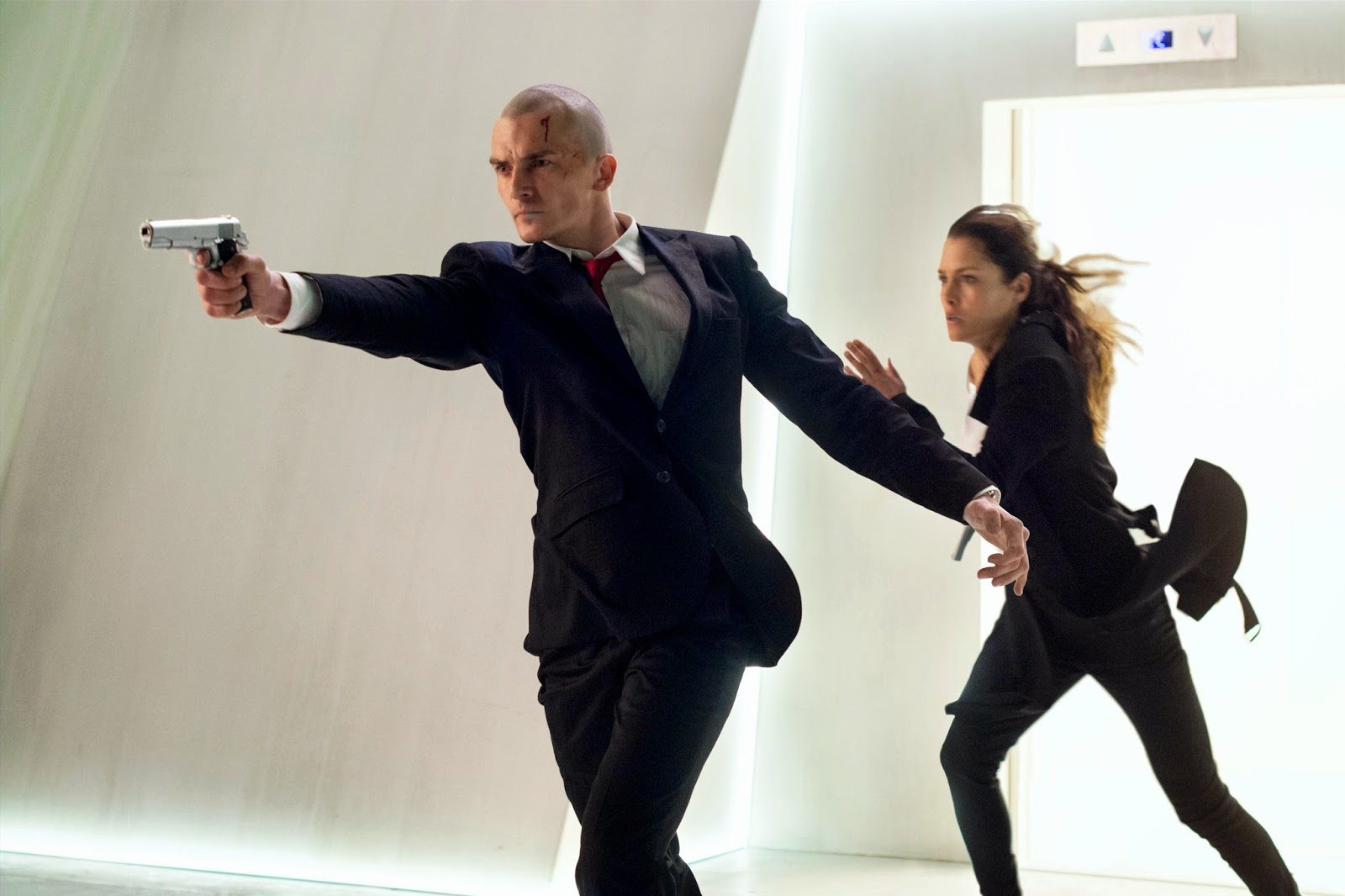 What about the actors? Individually, they’re fine, but once they start interacting with each other, the movie becomes a chore to sit through. The first issue is how the endless exposition seems to do more harm than good because it introduces a new plot hole every 47 seconds. There’s enough plot holes going on visually, but when the writing gets involved…

I had a headache after watching this movie. Not because it was loud and dumb, but because there were so many plot holes, I couldn’t sit still. I was constantly engaged with how poor and ill-conceived this movie was. It caused me physical pain.

The second issue with the characters is their complete lack of apparent interest in anything that’s going on. Watching Agent 47 and Katia interact is like watching two coworkers talk about work. Just look at this image: 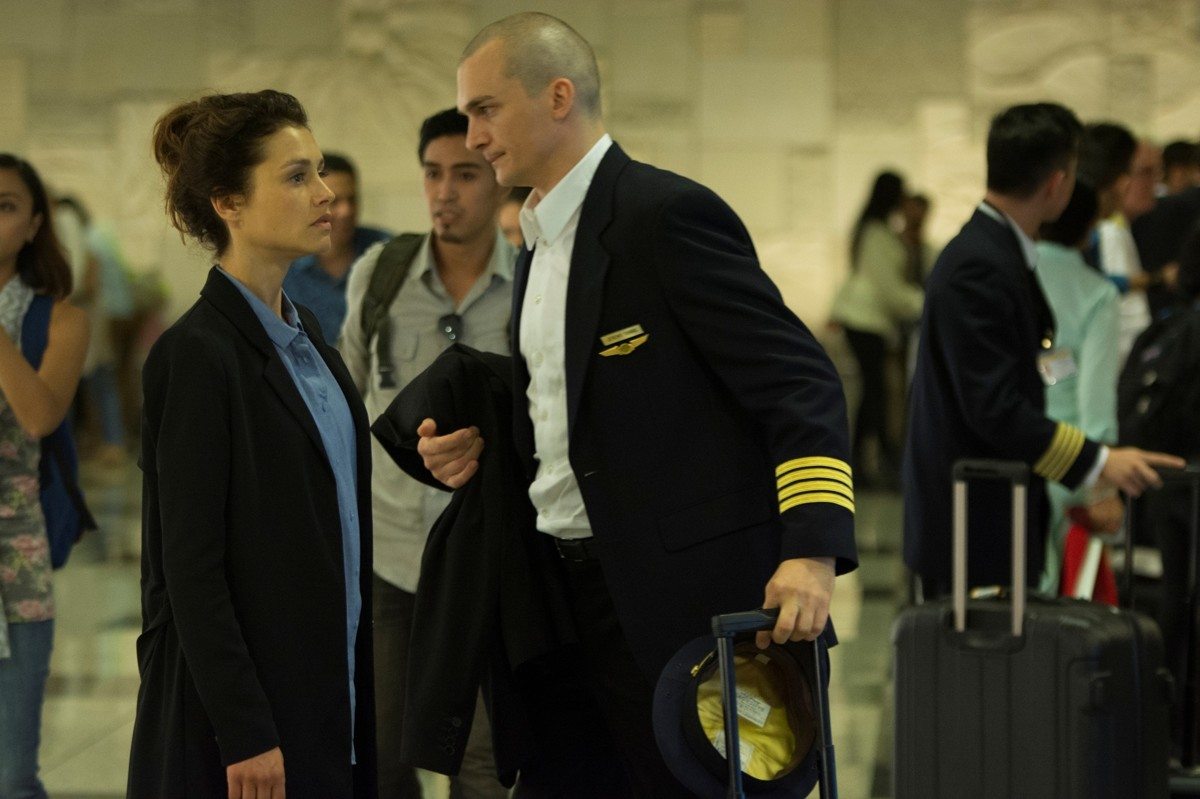 And I’m not cherry picking. That’s the extent of their expressions throughout the entire film. No passion. No hint of a motivation written for them. To be fair, this is expected from Agent 47 because that’s his character (even though the games make 47 look like the Joker compared to this guy).

But Katia is supposed to be our gateway into the lore of this movie, and she’s just as bland as everyone else. It was actually a smart idea to present Hitman through a person learning how to be one from the legend himself. So it would have worked if there were genuine reactions and important dialogue coming from this character, but they’re nonexistent.

What about the action scenes? They could have been good, as some of the setups are clearly inspired from the game and play homage here and there. Unfortunately, the CGI is pretty terrible and noticeable. And the few decent scenes were always ruined halfway through. 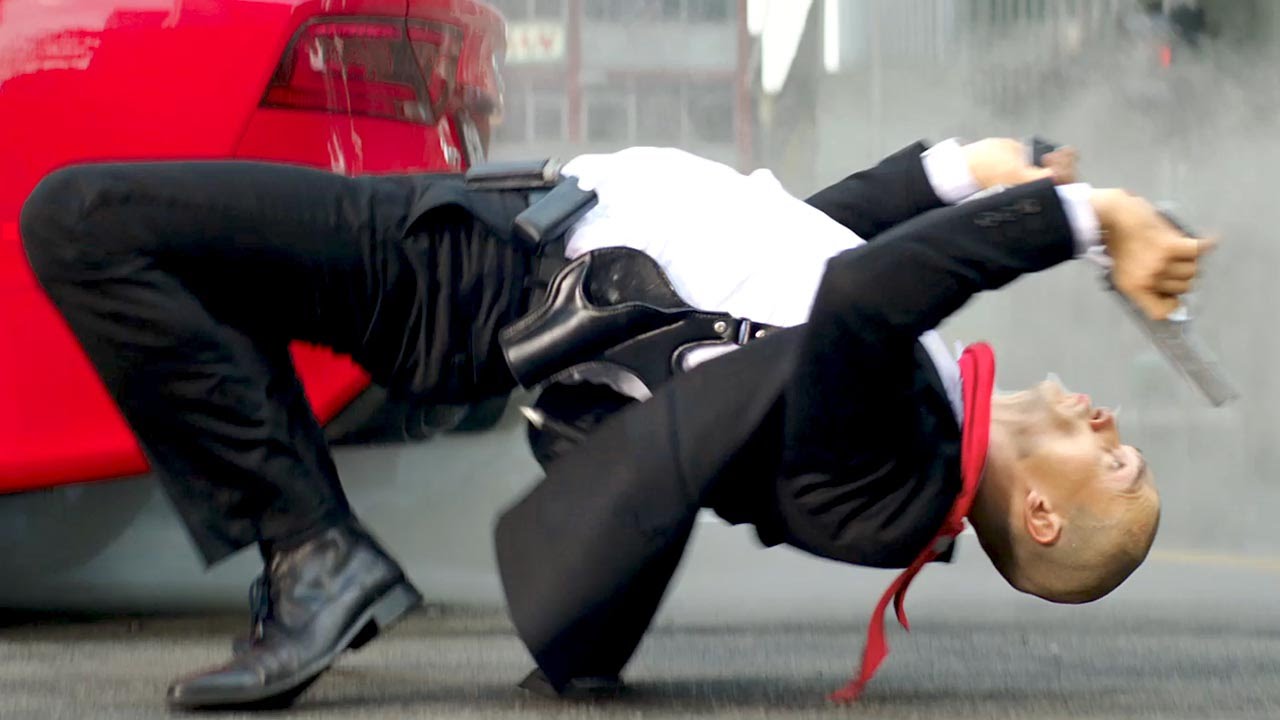 There’s a great sequence where Agent 47 uses stealth to take out a few guards. It would have been great if they left it at that, but then you see him walking casually down a staircase just shooting everyone and walking away unharmed. It completely undercut any tension that started to build when the scene started.

Another scene has 47 steal the clothes from a guard he’s taken out, which is a fun throwback to the games. But then he’s encountered by another guard in what is at that point a race against time, but then he takes the time to take out that guard too and change his clothes again for no conceivable reason.

One of the most frustrating scenes is when Agent 47 has multiple opportunities to finish off the main villain, but he just walks away every time he brings the guy down. Then the villain gets back up and tackles him. Agent 47 knocks him down again and walks away. Then the villain gets up and tackles him again. This cycle happens about four times WHILE AGENT 47 STILL HAS A GUN IN HIS HAND.

Then there’s the matter of Agent 47 being surrounded by armored guards with machine guns, but he’s able to defeat all of them in the middle of broad daylight without moving. And he doesn’t get shot once. 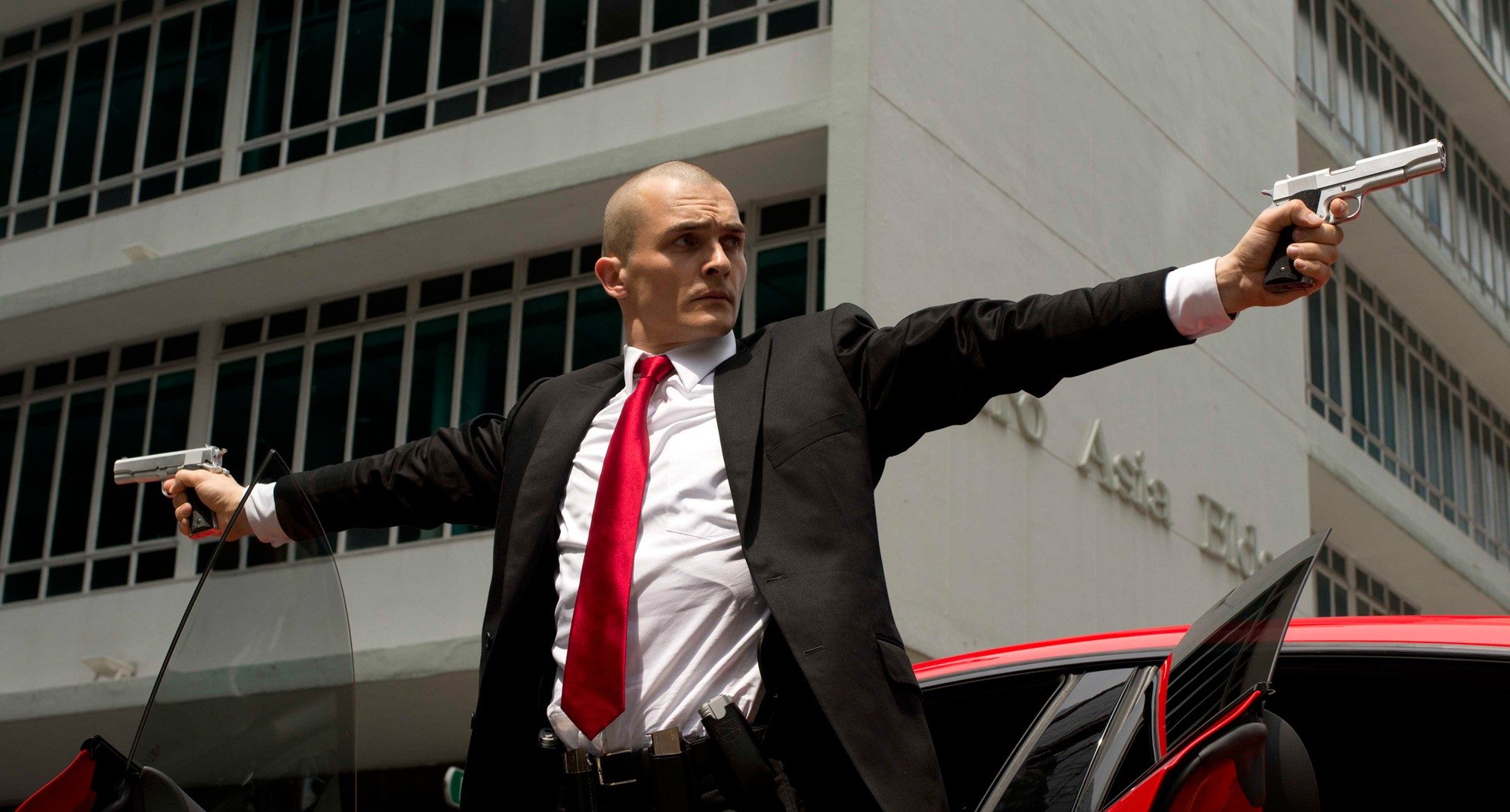 And the soundtrack? They couldn’t even get that right. One of the prime attractions of this character is how beautiful classical music contrasts with the bloodshed that’s taking place. There’s not one moment where this happens. Instead, the scarce music that does take place is a boring mix of electric guitars and…I can’t remember what else.

This is easily one of the worst action movies of the year, and probably the summer. While I didn’t have high expectations for it, I honestly thought we could at least get something interesting to salvage from a movie paying tribute to a fantastic game series. Now I’m more jaded than ever that they can’t get a Hitman movie done right.

Strangely, the only good Hitman movie is last year’s John Wick. Like the games, it features an overpowered assassin working within the confines of an underground organization. In fact, just watch John Wick this weekend instead of Agent 47 and you’ll get your fill.

And that’s all I have left to say about it. I wouldn’t even recommend it to someone who wants to “turn their brain off” and watch a good action movie. Go watch Mission: Impossible again or any of the legions of other superior action movies that are out there and avoid this mess at all costs.