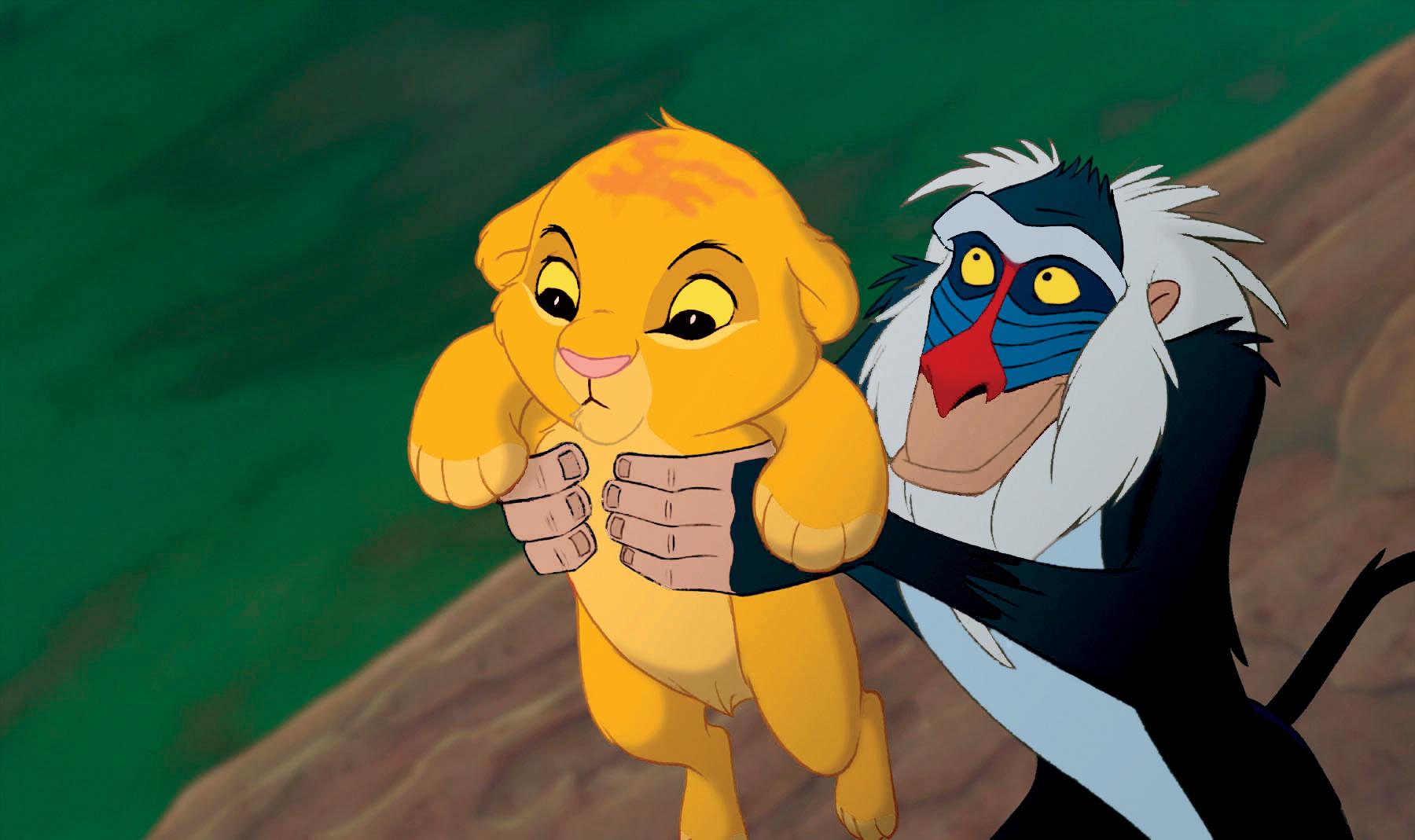 “Summing Up” is a fun exercise I used to take part in during public speaking courses in high school. The premise is simple: you’re tasked with sharing five things about yourself to someone else so that they can properly sum you up.

We would do this with books, sports, TV shows, and of course, movies.

I’m sure you can all relate with how frightening it is to tell someone your favorite movie, even if you’re reasonably confident and have good self-esteem. For whatever reason, many of us can have this lingering doubt that the movie we pick is somehow embarrassing or, worse, wrong (whatever that means).

Choosing a “favorite movie” says a lot about who you are, whether you like it or not. You immediately put that movie on a pedestal above legions of others movies that are probably better, and this creates a slight conflict between you and the person who’s listening.

For this reason, I used to play “Summing Up” when I was still figuring out my movie tastes. Instead of telling people that my favorite movie of all time was this or that, I gave them a few movies that illustrated my love for movies.

And you know what? That’s way more fun than just boldly implying that “your” favorite movie is something special, even if you really think it is.

If you’re thinking of movies right now that fit this exercise, please share in the comments at the end of the post so we can get to know you in a non-creepy way. For now, here are the 5 movies that sum up my love for movies, starting with #5. 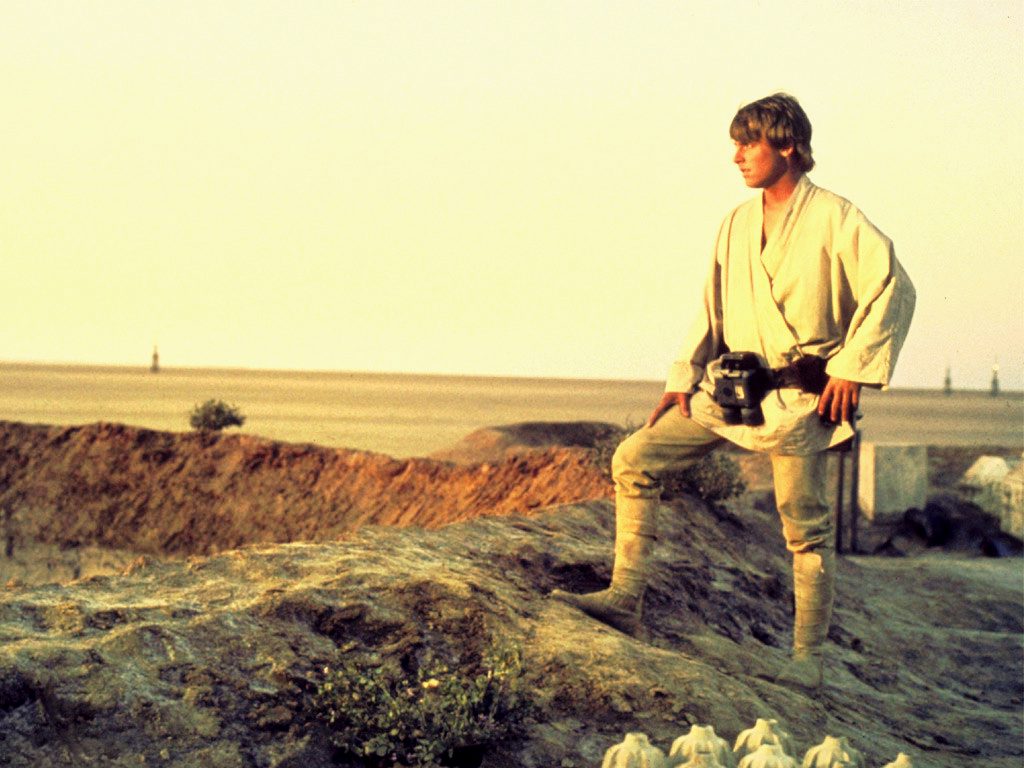 OK, let’s just get this one out of the way. While A New Hope isn’t necessarily the best “Star Wars” film, it’s certainly the most iconic, at least for me. No, Yoda isn’t in it, and Vader’s big twist isn’t until the next one, but I’m talking about story, not set pieces.

The story arc of A New Hope is my personal favorite version of the Hero’s Journey (or monomyth), made famous by Joseph Campbell. You have a central hero, impossible circumstances, a ragtag team of allies gathered along the way, and beautiful locations to watch them complete their journey.

You have a progression from zero to hero, a damsel in distress, and a main character who returns triumphant and transformed. A New Hope is my favorite movie that has this admittedly common storytelling, and it’s one of the first movies I ever watched that captured my imagination for heroes and adventures.

For that reason, most of the adventure movies I watch now end up getting compared to this one, rather than Empire Strikes Back or the Indiana Jones films. 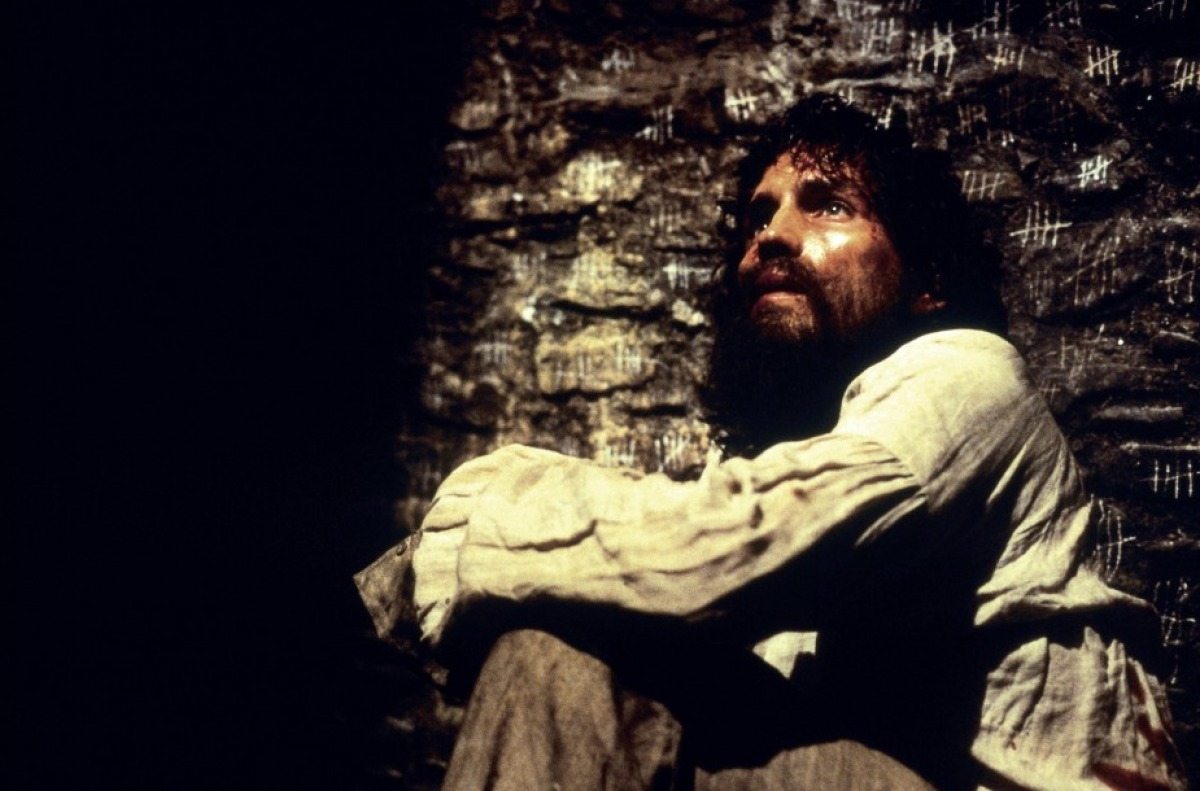 Based on an adventure novel by Alexandre Dumas, this retelling of The Count of Monte Cristo is one of the most satisfying story arcs I think I’ve ever watched on the big screen.

In case you’re unfamiliar with the basic set up, this movie is about a lovable adventurer named Edmond who is betrayed by his best friend for a crime he didn’t commit and is sentenced to life imprisonment. Meanwhile, his best friend steals his fiancé without batting an eye while Edmond plots his revenge in jail.

I won’t spoil the rest, but you can probably tell what’s coming. This movie is such a well-crafted revenge story that manages to be decently faithful to the source material. As someone who loves a great revenge movie starring Guy Pearce, this movie doesn’t disappoint in the slightest.

Every scene is pivotal, the relationships between the characters are unforgettable, and the actual message of the whole thing is timeless. 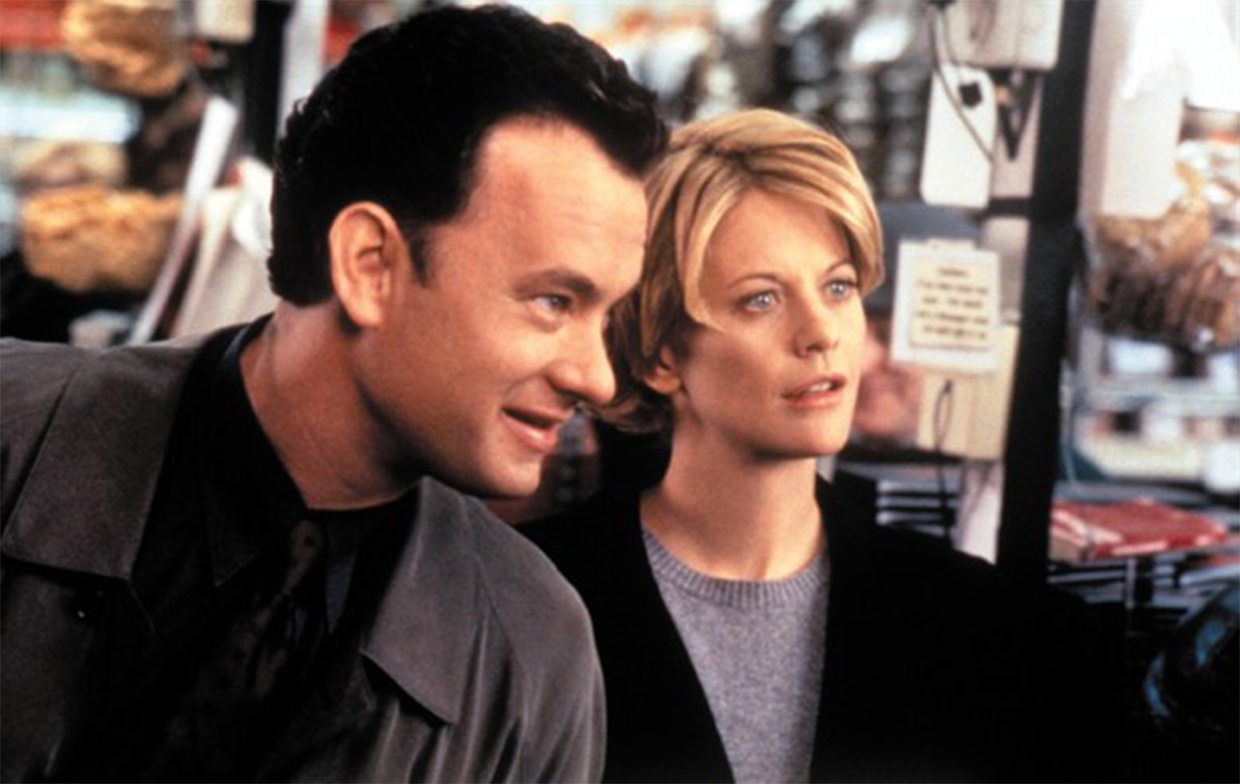 Yes, I realize this movie is a bit of a ham, but I’ll never stop loving You’ve Got Mail. Even though the movie was considered underwhelming during its time, I’ve found it better and better the more I’ve watched it. I honestly can’t say that for a lot of movies that came out in the 90s, especially comedies.

Choosing this movie as the “romantic comedy” of the list was a hard decision because it had to win over Crazy, Stupid, Love. But really, the big difference between these movies is that You’ve Got Mail is more than just an archetype for what Crazy was trying to poke fun at.

Mail does much more with its subject material in that it contrasts relationships within the context of technology and even touchy subjects like capitalism, all set in the “center of the world,” New York City. The story works on a lot of levels, even if you’re not that entertained by the budding romance between Tom Hanks and Meg Ryan, so every time I rewatch this movie, I find more things to like about it.

While that doesn’t put this movie in the league of superior rom coms, of which I’d actually include Crazy, Stupid, Love, it’s still a movie that perfectly sums up what I look for in a movie about people falling in love. 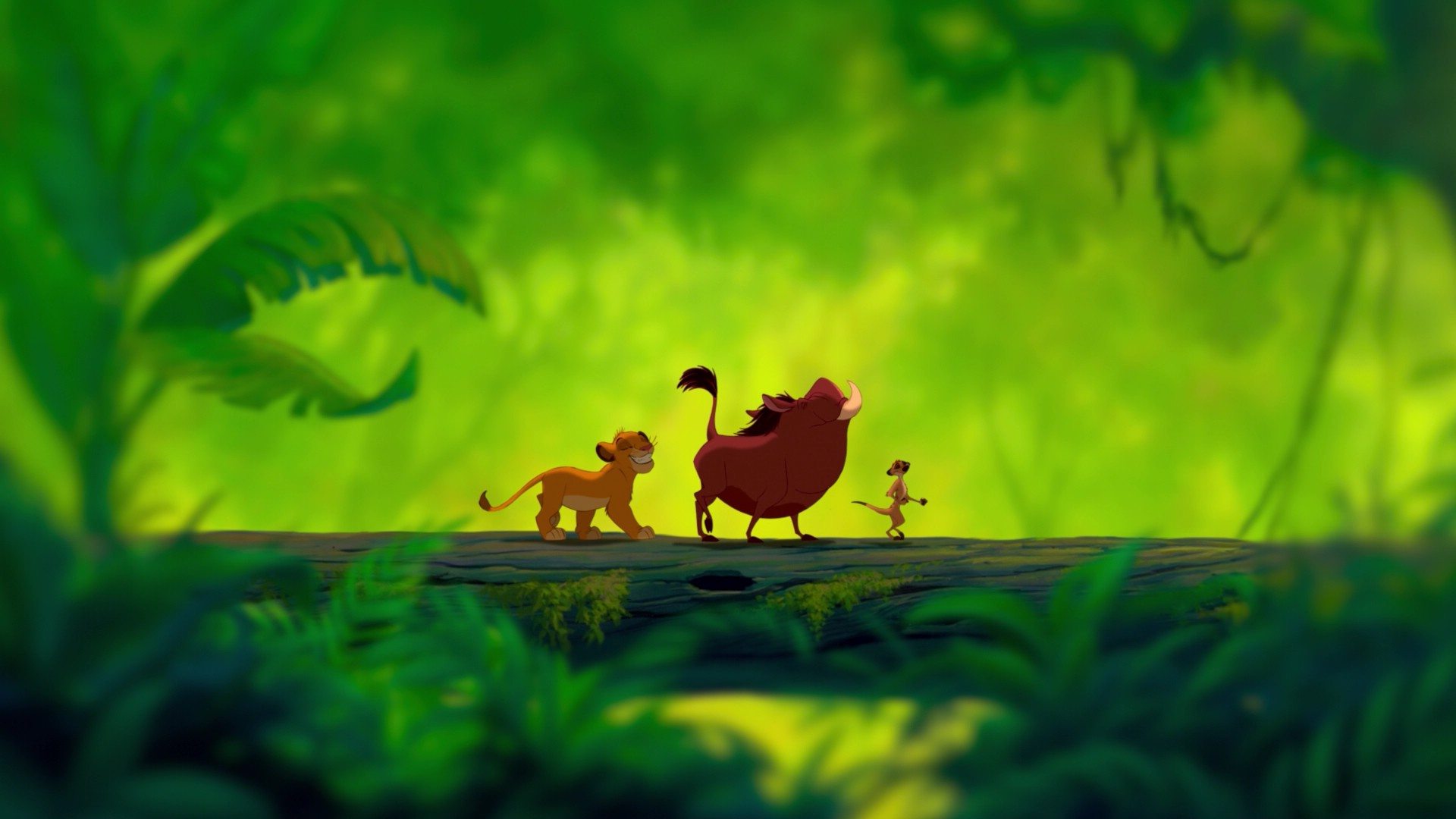 This may surprise a lot of you who were expecting to see Toy Story be my animation pick, but as some of you know, The Lion King is the first film I ever saw in theaters, so it had a much bigger impact on me. Though to be fair, both movies cover a compelling story about redemption, which is where I’m really going with this pick.

Granted, The Lion King is basically Disney doing Hamlet with lions, but if we can give Robin Hood a free pass, then why not this? Watching both stories, I certainly enjoy The Lion King the most because it does a much better job of getting me to invest in its characters, while Hamlet suffers from being bound to an older story that was made for a different audience.

So for that reason, The Lion King is an animated movie that I compare to almost every movie I watch that tells a story about someone finding redemption after a major tragedy and achieving their destiny.

This is actually why I enjoyed the recent Jake Gyllenhaal movie, Southpaw, which tells a similar tale with a boxer who realizes he isn’t as great as he thought it was. Even though the movie isn’t a classic, I gravitated toward Southpaw‘s story because it reminded me so much of other great redemption arcs like The Lion King and even Rocky III.

True, I could include a host of other great animated flicks that would fit well here, like Finding Nemo, The Prince of Egypt, and Aladdin. But I can’t help but hold Lion King to a much higher standard all these years later.

#1 The Mask of Zorro 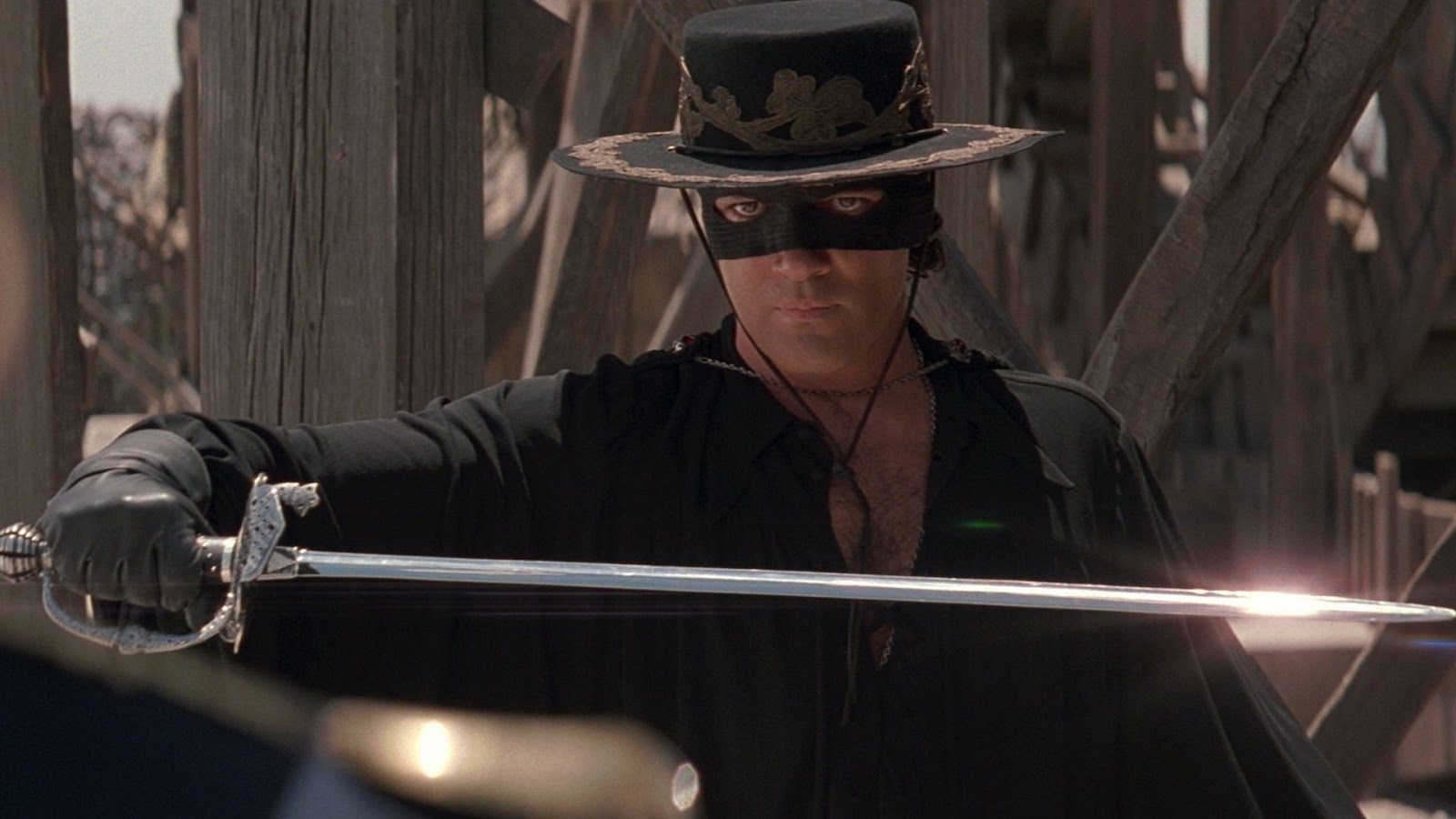 This is my favorite movie of all time. Not because it’s objectively the best movie ever, but because in my eyes, it’s the perfect superhero movie.

Yes, this is my superhero pick, and it’s based on one of the first superheroes ever fictionalized (unless you count Greek mythology).

The Mask of Zorro has everything you could possibly want in a superhero film. It establishes its credibility with an original Zorro who has a compelling backstory. We watch the new Zorro train, fight, and fail under motivations that get you excited to see his transformation pull through. Even the romance plays an integral part in the story and doesn’t feel forced like some other superhero movies.

The first Pirates of the Caribbean does a good job of capturing this too, which is why I also hold that movie up to a pretty high standard for adventure films. But unlike Pirates, Zorro doesn’t rely on one interesting character to make its story intriguing. And at its heart, it’s still a superhero movie that fully delivers on everything you expect to see in one.

So there you have it! These are the five movies that sum up my love for movies. Adventure, revenge, romance, redemption, and superheroes. All of these movies are my first thoughts when said tropes are brought up, and they’ll probably stay that way for a long time.

What are your picks? Let everyone know in the COMMENTS.