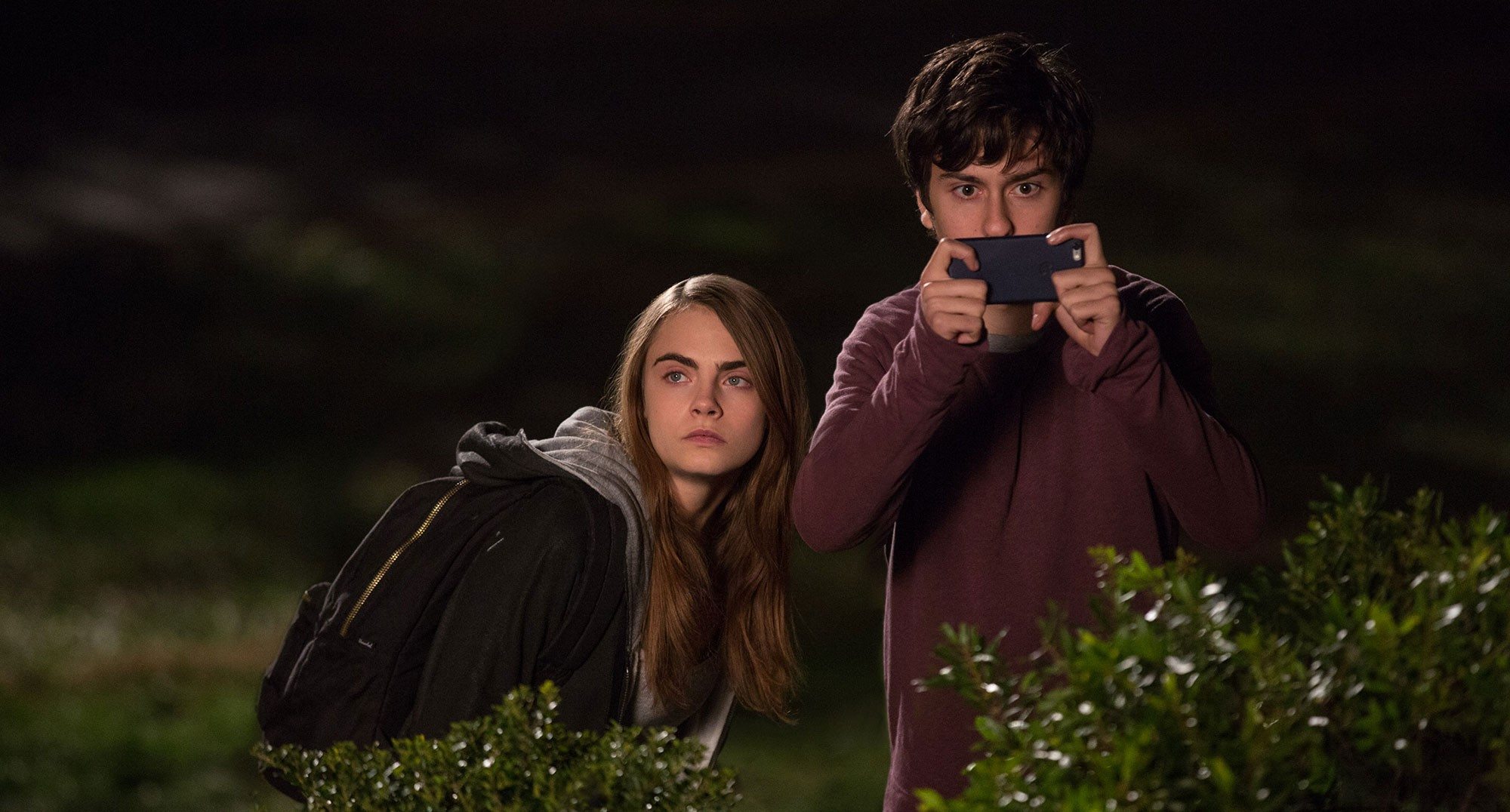 Paper Towns is the latest book-to-movie adaptation from author John Green, who also wrote last summer’s book movie, The Fault In Our Stars. I’ve read Paper Towns and have now seen the movie.

It’s strange. I’ll say that in most ways, the movie does the book justice. It captures the coming-of-age tale that made the 2008 book so relevant and relatable for the YA audience that read it. My favorite moments from the book make it to the screen, thankfully, and you can tell that Green had some input in the bigger story changes.

For the most part, however, Paper Towns is a mixed bag.

The story is about a high school senior, Quentin, who is hopelessly in love with Margo Roth Spiegelman, the girl next door he’s drifted apart from since they were kids. After years of ignoring him, she arrives at his window one night out of nowhere and takes him on a fun, unforgettable adventure. Only to disappear the next day. The rest of the movie focuses on Quentin’s burning desire to find her based on the clues she left behind. 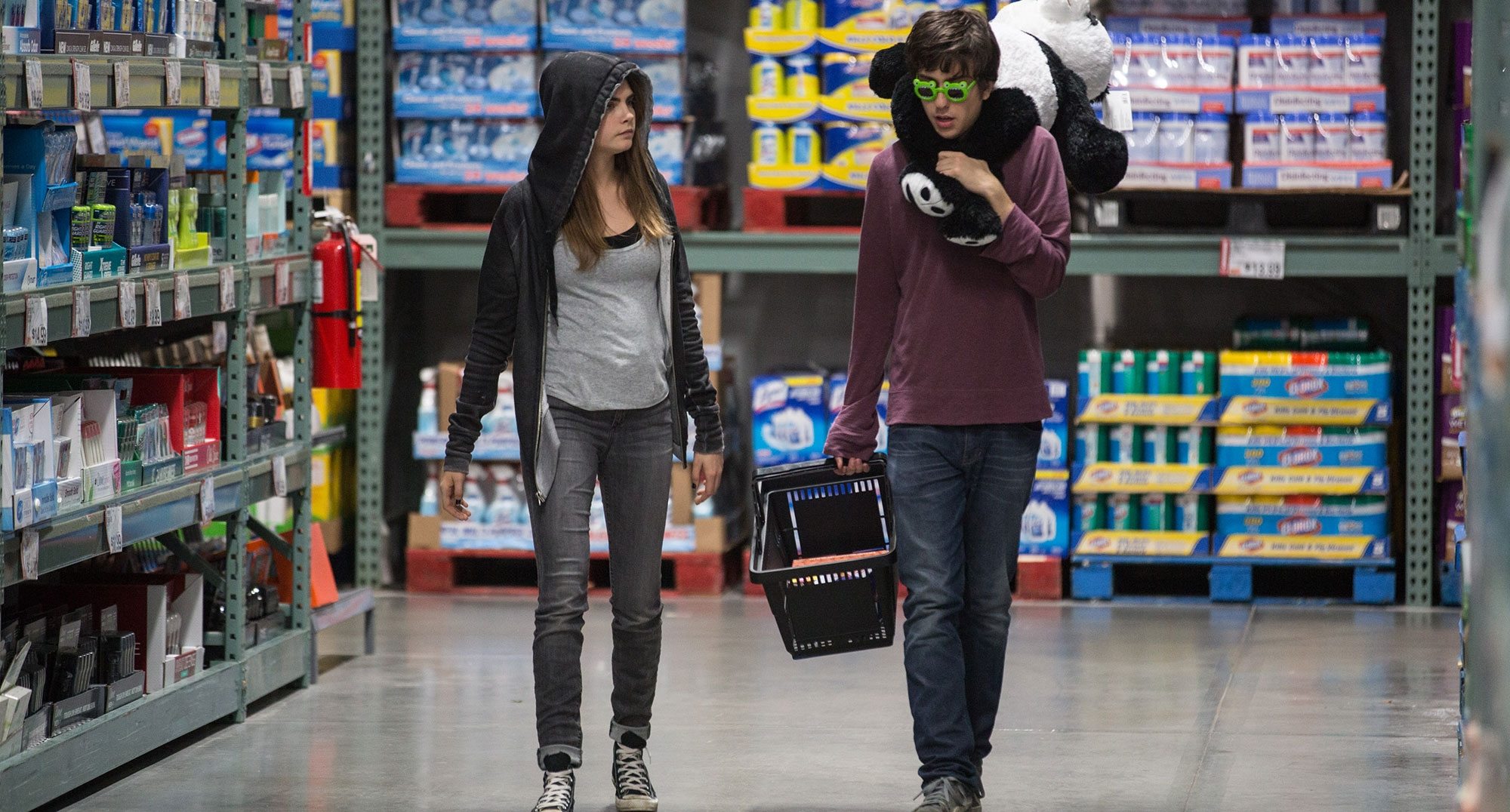 If this was the only thrust of the movie, I’d give it a low grade. As a character, Quentin isn’t really that interesting, despite the efforts of Nat Wolff, an actor I certainly like. And Margo, played by Cara Delevingne, is mostly absent during the movie for obvious reasons. I hate to say it, but even when she was onscreen, I didn’t fall for her the way I did for the Margo in the books.

This is mostly because the Margo in the books is a flawed, depressed character who doesn’t have to say she is “mysterious.” The Margo of this film is a little too “manic pixie dream girl,” despite the novel actually being about the deconstruction of that trope. It’s too early to tell if Cara Delevingne is as good an actress as Hollywood wants us to think (especially with Suicide Squad releasing next year), but I wasn’t impressed with her performance here, honestly, as she was just a little — again, I hate to say this — boring.

That said, the film is saved by Quentin’s group of friends, who are also the best aspects of the book. You’ll probably enjoy watching their stories and seeing how things turn out for them independent of the film’s main plot. In fact, my favorite parts of this movie were when the script veered away from the Margo mystery.

The ending isn’t as good or original, but I think fresh eyes would disagree. Even with its flaws, Paper Towns is a fun teen flick that might actually make you think. Just be sure to pick up the book if you want a story that’s a little more energetic and compelling.

I liked most of the performances in this movie, and John Green’s original material is salvaged enough for you to enjoy its quirky characters and memorable moments.

Paper Towns was directed by Jake Schreier and written by Scott Neustadter and Michael H. Weber. It stars Nat Wolff as Quentin, Cara Delevingne as Margo, Austin Abrams as Ben, Justice Smith as Radar, Halston Sage as Lacey, and Jaz Sinclair as Angela.