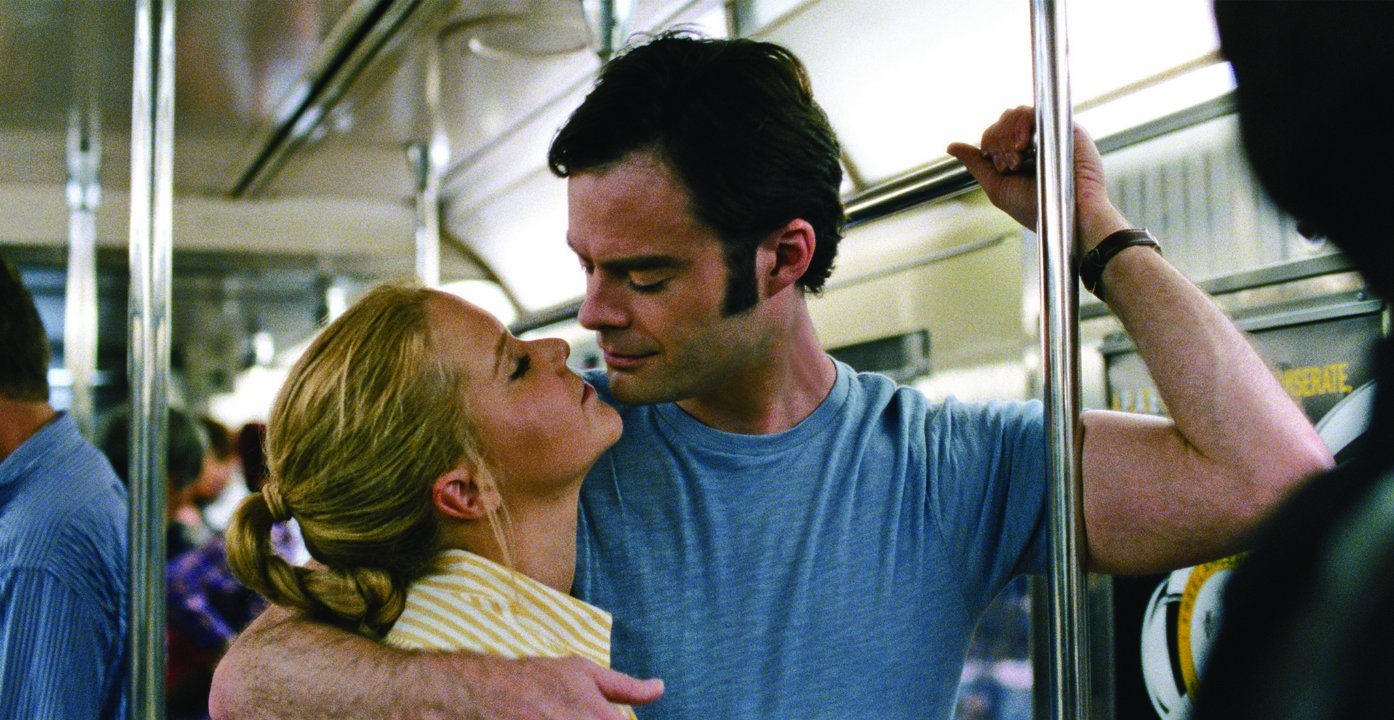 Trainwreck could just as easily be titled, “The Amy Schumer Movie.” It encompasses the comedy, writing, and tone of her projects in a way that not even Judd Apatow (Knocked Up, Funny People) could overshadow. I doubt I would have guessed Apatow was even a part of this film if I had not known that going in.

Before we dive in and discuss the movie, keep in mind that I also didn’t like Spy, the other summer comedy that everyone else seems to believe is a laugh riot. I don’t look down on anyone who likes a comedy that I didn’t enjoy, but I also don’t hold back from announcing the huge problems I have with these movies, so you’ve been warned. 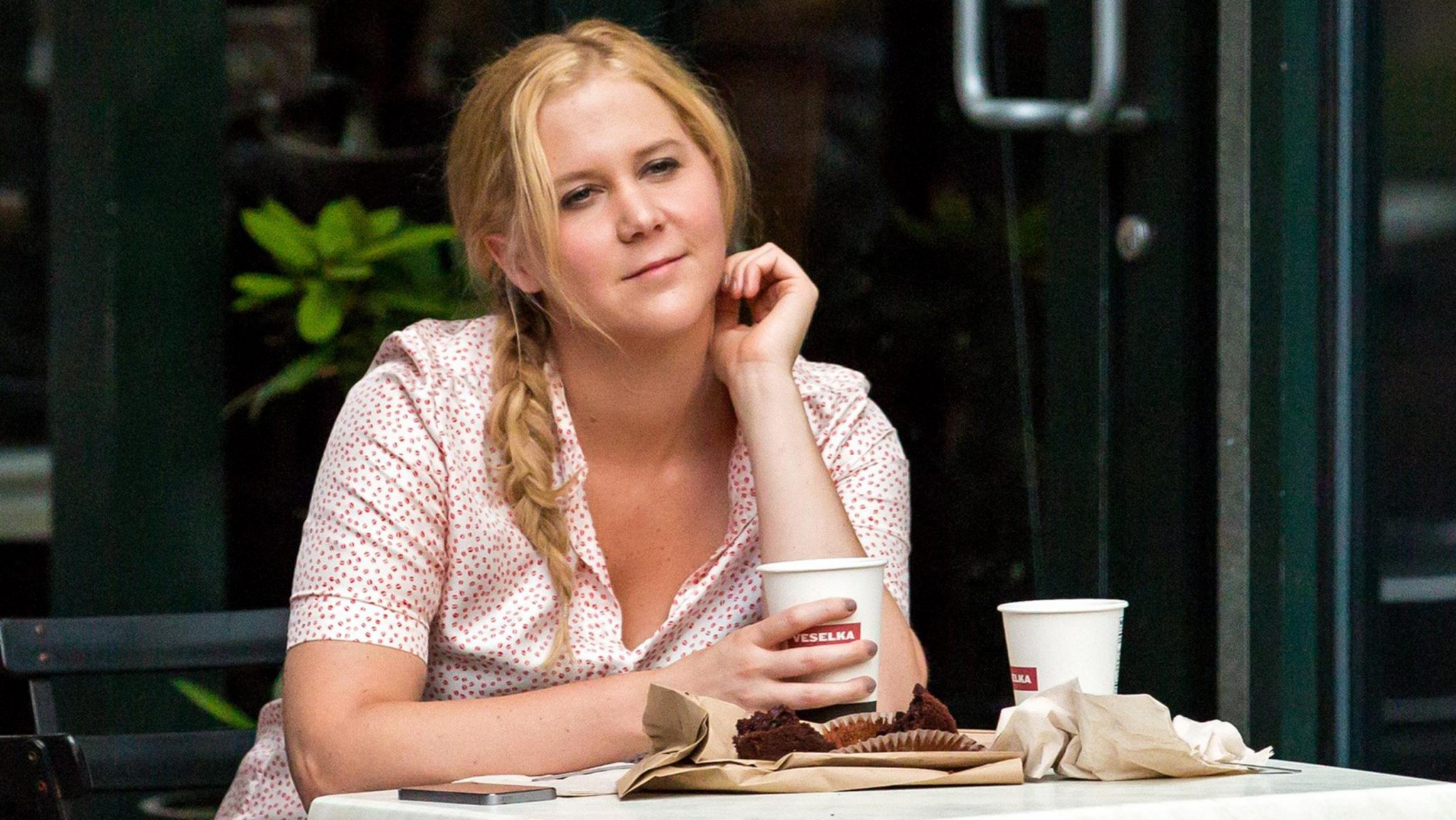 Trainwreck stars Amy Schumer as Amy, a free-spirited magazine writer who finds romantic commitment boring to the point of mocking it. She sleeps around without remorse until falling for the subject of an article she’s writing. Aaron Conners (played by Bill Hader) is a sports doctor that tries to woo Amy and hopefully help change her life for the better.

It was directed by Judd Apatow and written by Amy Schumer. As Apatow puts it, Trainwreck is based on a smattering of personal stories she shared with him, and the director liked them enough to turn Amy’s story into a movie.

That’s sort of the problem with Trainwreck. The film is essentially a series of raunchy comedy sketches that mostly feature Amy Schumer reacting negatively to things that we find normal, expect inserting gross-out gags to make them seem out-of-place.

To make them all connect, the film has to drag its plot points in admittedly familiar Apatow style to keep things coherent. And even then, multitudes of dialogue and character choices end up making zero sense within the context of the story Amy is trying to tell with this script.

A prime example is Amy’s reaction to Aaron’s advances early in the film. She and her coworker best friend panic at the idea of a guy asking to hang out after having sex. This flies in the face of the first 15 minutes of the movie, which show Amy with a consistent boyfriend she cheats on (John Cena in a role that is just as confusing as the rest of the movie. The script can’t decide if he’s a softy who truly loves Amy or a closeted gay man). 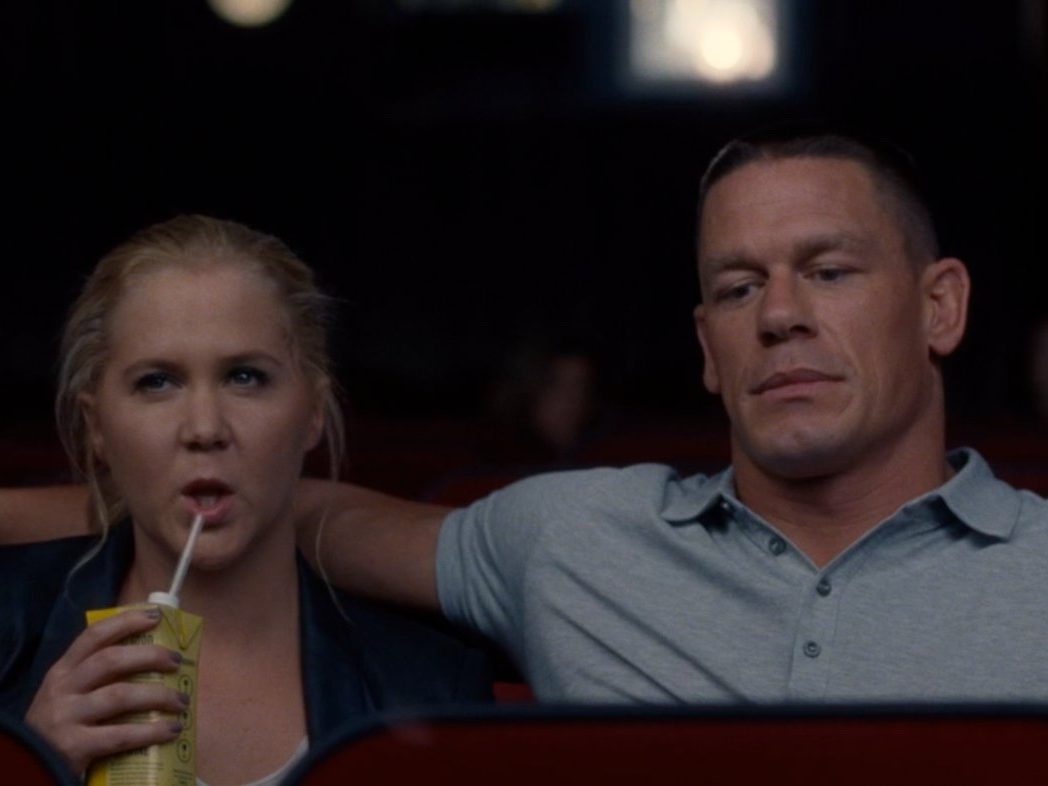 The killing blow to a comedy is when its protagonist is unlikable. If you can’t get onboard with Amy Schumer’s character, then you’re going to feel the length of this movie.

The only funny moments I could salvage were from scenes featuring Bill Hader and Lebron James alone together (the gag involving “Gold Digger” is the only funny moment I can recall from this movie). But even these scenes ended up dragging because they revolved around a central plot I wasn’t invested in.

Now, many people seem to like Trainwreck, which leads me to believe that many people like Amy Schumer’s character in this movie. I find that pretty alarming considering everything about her that’s revealed over the course of two hours. In the first act alone, we see Amy as this condescending, self-centered drag who thinks everyone around her is less intelligent. Or cool, I suppose. 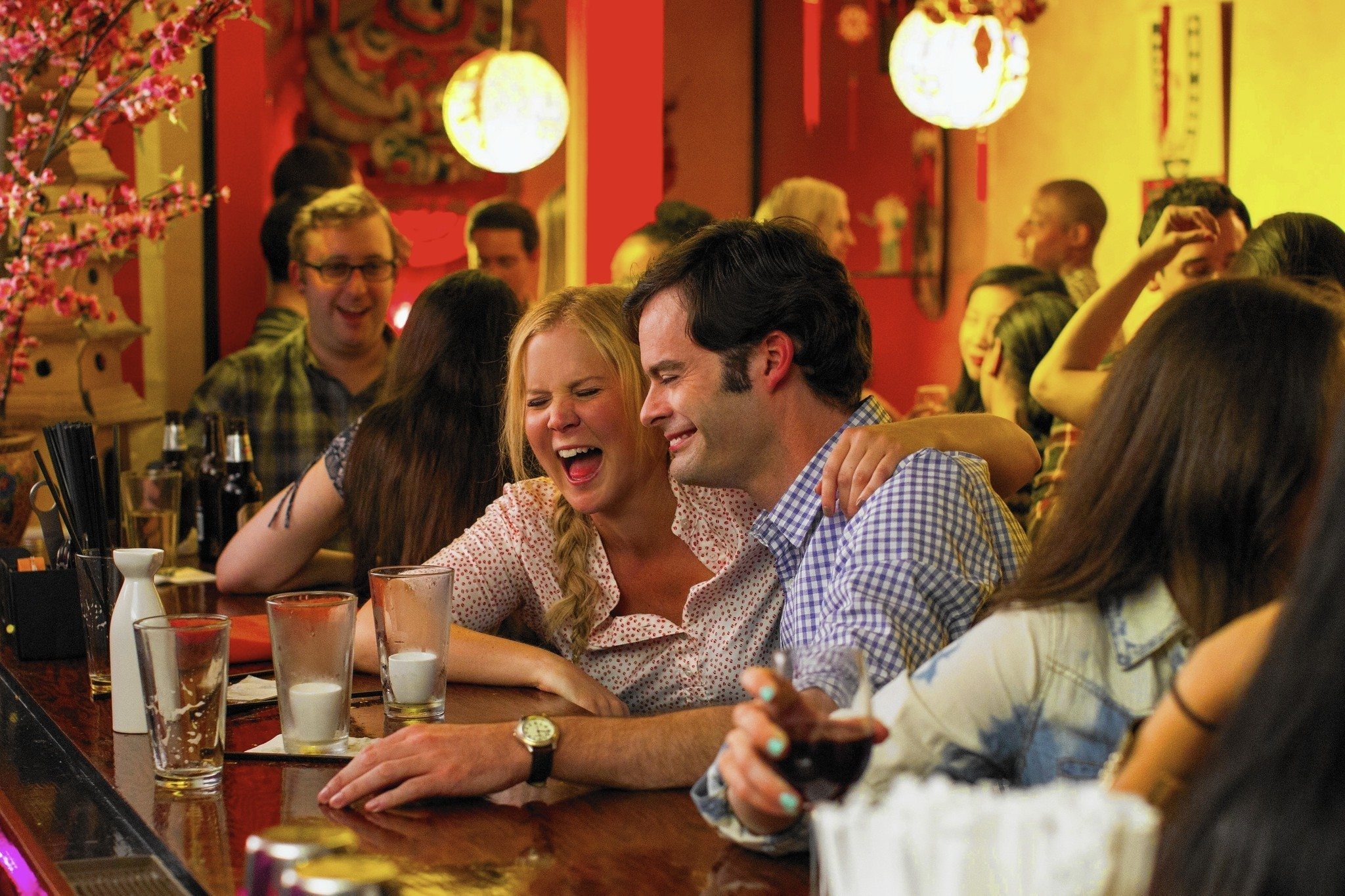 A movie can present its main character as a “train wreck.” It’s not Amy’s self-destructive behavior and constant partying that keeps me from sympathizing with her.

and how she essentially makes zero decisions for herself despite presenting herself as this woman who is happy with her choices…until she’s not.

Why in the world should I care about a character who doesn’t even seem to want to be in the story that’s being told? That’s not comedy. That’s drama.

I blame poor writing for these problems, because even though I wanted to laugh and have a good time, I found myself feeling depressed just by watching this. Amy Schumer has good comedic timing, and the supporting cast is great. But when your central premise is a tribute to nihilism disguised as a generic romantic comedy, then people who don’t want either of these things (namely, me) won’t enjoy it. 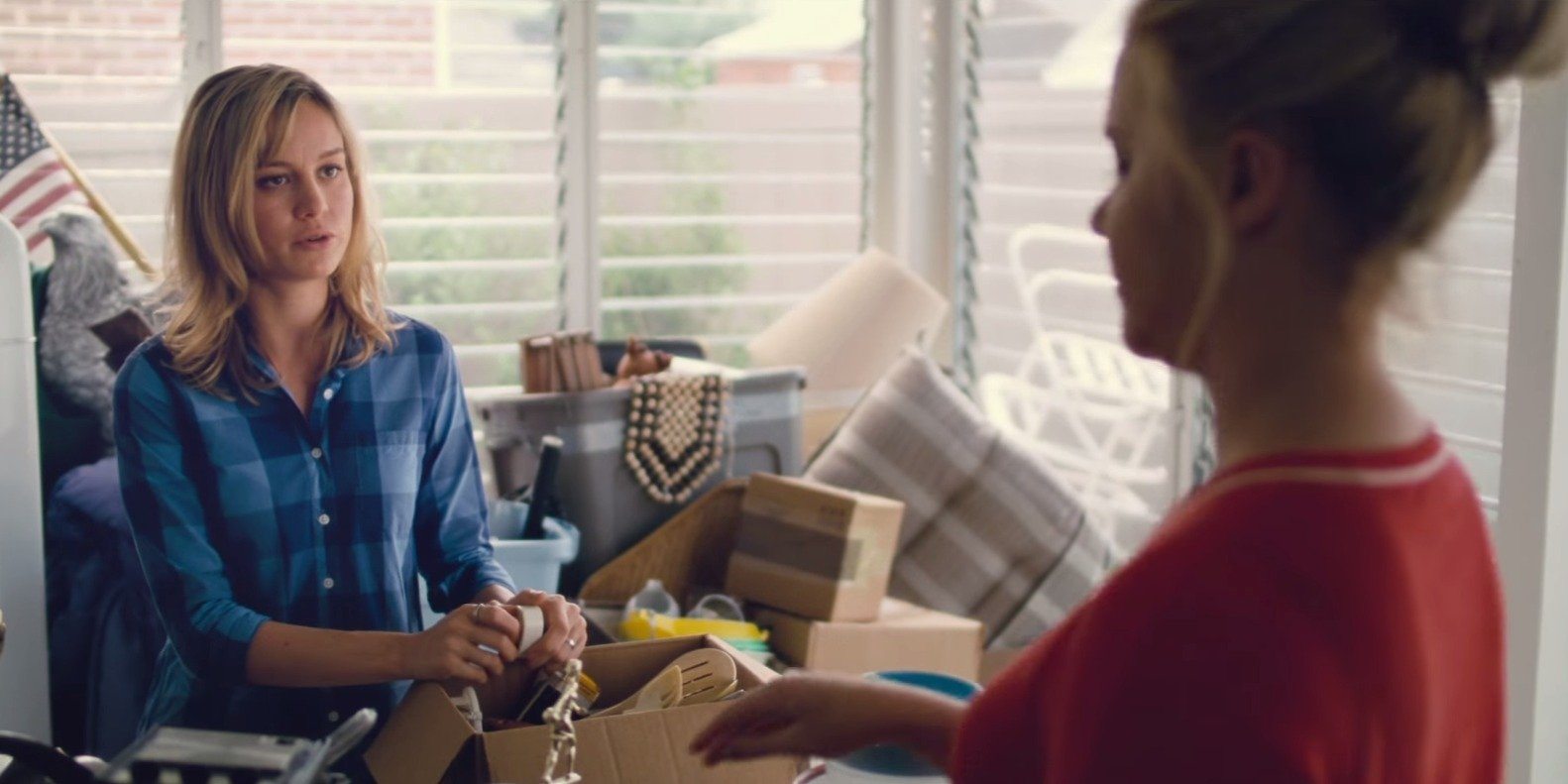 But Trainwreck has been a critical success and a hit among audiences, probably because the generic romantic comedy elements are enough for casual moviegoers to have a good time with this film. Even if the movie isn’t especially profitable, it will and probably already has cemented Amy Schumer as the next comedic powerhouse. Maybe even in the same way people saw Sarah Silverman during the 2000s.

And while I don’t want to write off Schumer as a talent after just one movie, I can’t help but predict that I’ll be skipping the next comedy grab she’s part of. Especially if she wrote it.

While I somewhat enjoyed the performances from Bill Hader, Lebron James, and Brie Larson, I honestly couldn’t forgive this movie for its consistent narrative flaws and hackneyed premise fueled by its absurd lead actor. 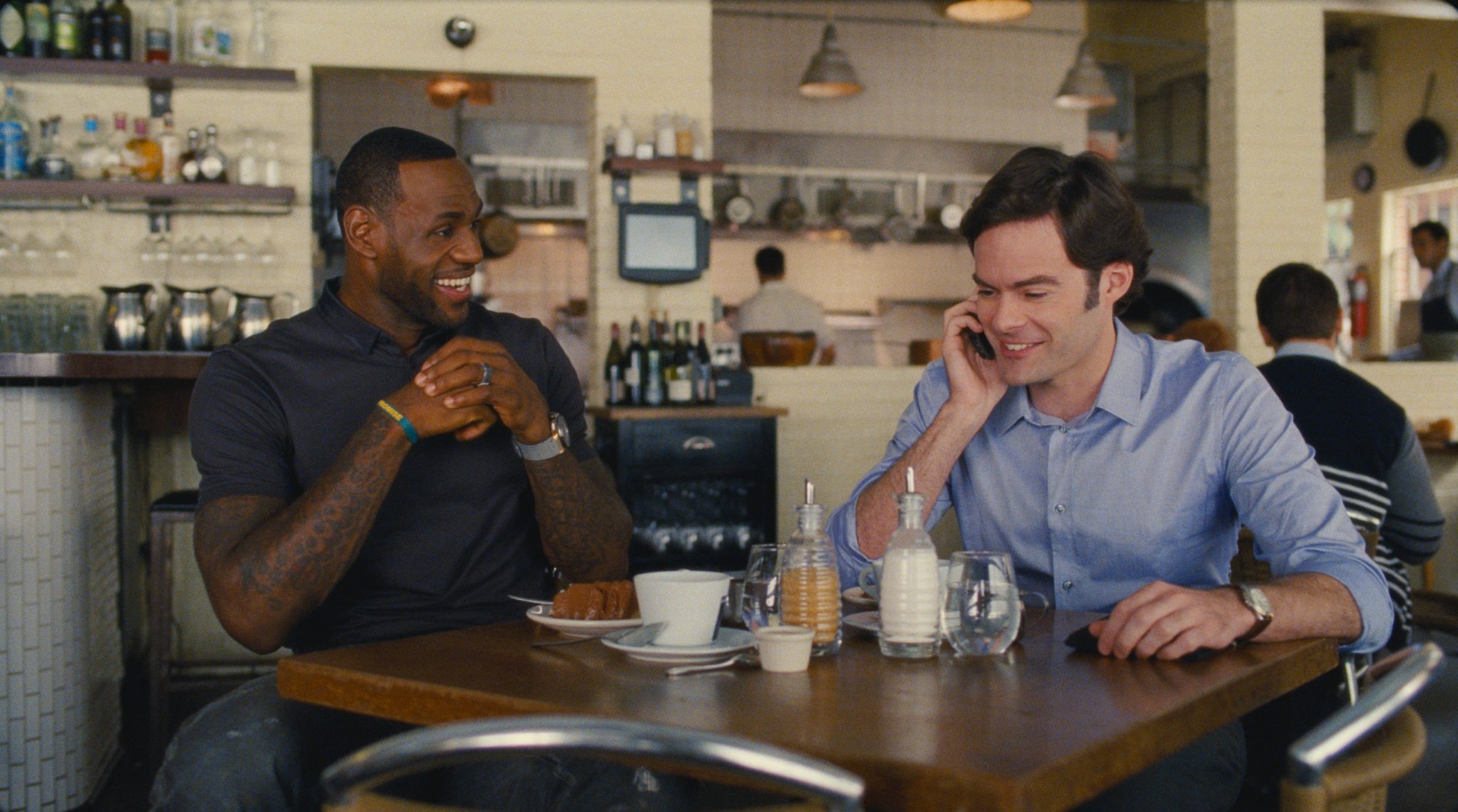 For those of you who’ve seen the movie and agree/disagree, let me know your thoughts about Trainwreck in the comments. Did you like it or did you dislike it? Why?

If you want a different take on the film, check out our most recent podcast, where Maria Garcia gives a more favorable review that you might find interesting.

9 thoughts on “Review: ‘Trainwreck’ Was Impossible For Me to Like”