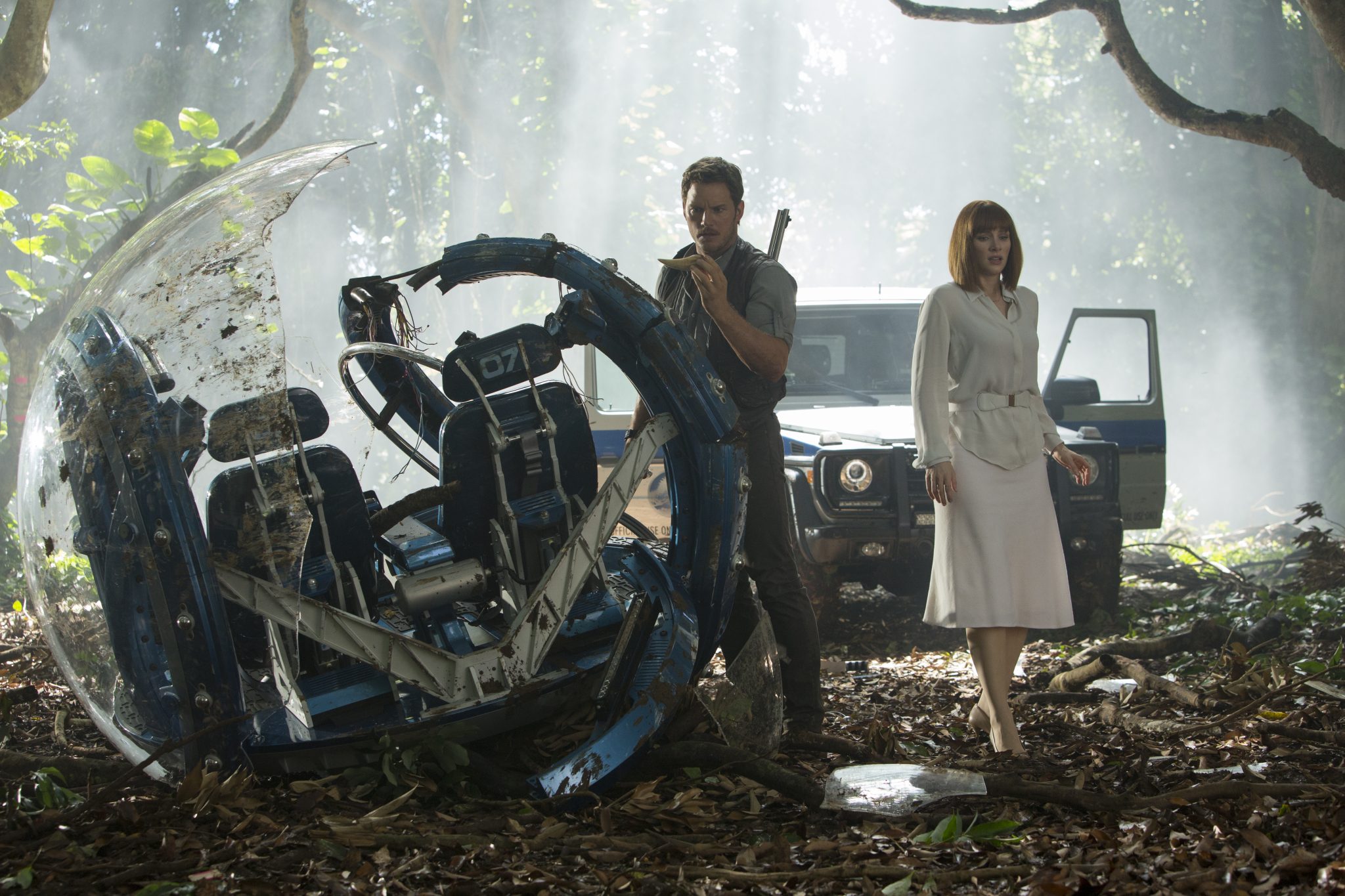 Jurassic World is the fourth movie in the overall Jurassic Park franchise that kicked off 22 years ago. We’ve been waiting 14 years for a new movie, but does this return to Isla Nubar satisfy?

Turns out, it really does. Jurassic World is a ton of a fun, and I had a blast watching it. The enjoyment I gained from the movie even rivals the original Jurassic Park, which was a staple of my childhood (and yours, probably). But it’s a different movie with a different tone, and even some different things to say.

The movie takes place 22 years after the events that shut down the original Jurassic Park. Now called “Jurassic World,” Isla Nubar is home to a Disneyland for dinosaurs. It’s the biological preserve/theme park that John Hammond always wanted, but that means people are unfortunately sick of dinosaurs.

To raise the stakes, the team behind Jurassic World decide to create a hybrid dinosaur that is bigger, meaner, scarier, and has more teeth. When said dinosaur proves too intelligent and deadly to handle, chaos on the island ensues. It’s up to the park manager, Claire Dearing (Bryce Dallas Howard), and her “raptor-whisperer” frenemy, Owen Grady (Chris Pratt), to rescue her nephews and prevent a major catastrophe.

For that reason, I appreciated the story in Jurassic World, nonsense and all. Unlike the last two movies, this new installment isn’t just a long chase scene between dinosaurs and humans. There’s a plot that changes on the fly, and characters have way more agency.

Speaking of the characters, there are a lot of them, and because the park is open, there are over 20,000 lives at stake if our heroes fail. The writers did a fantastic job maintaining that tension while still keeping the story fixated on its core cast, and there are ample action scenes that will make you grin and grimace at the same time. I was truly impressed with how the movie managed to keep me entertained for over two hours with these characters, even if the kids were a little, well, boring.

There’s a lot to love in this B movie, and it ends with a pretty satisfying third act. Its various flaws are there and noticeable, but they shouldn’t ruin your enjoyment of the film if you’re already a fan of the franchise and want to see some great dinosaurs.

Jurassic World was written and directed by Colin Trevorrow, and it was also written by Rick Jaffa, Amanda Silver and Derek Connolly. It stars Chris Pratt as Owen Grady, Bryce Dallas Howard as Claire Dearing, and Vincent D’Onofrio as Vic Hoskins. For a more detailed review, listen this Sunday for the Now Conspiring podcast, where I’ll chat about this movie more in depth with other people who saw it.