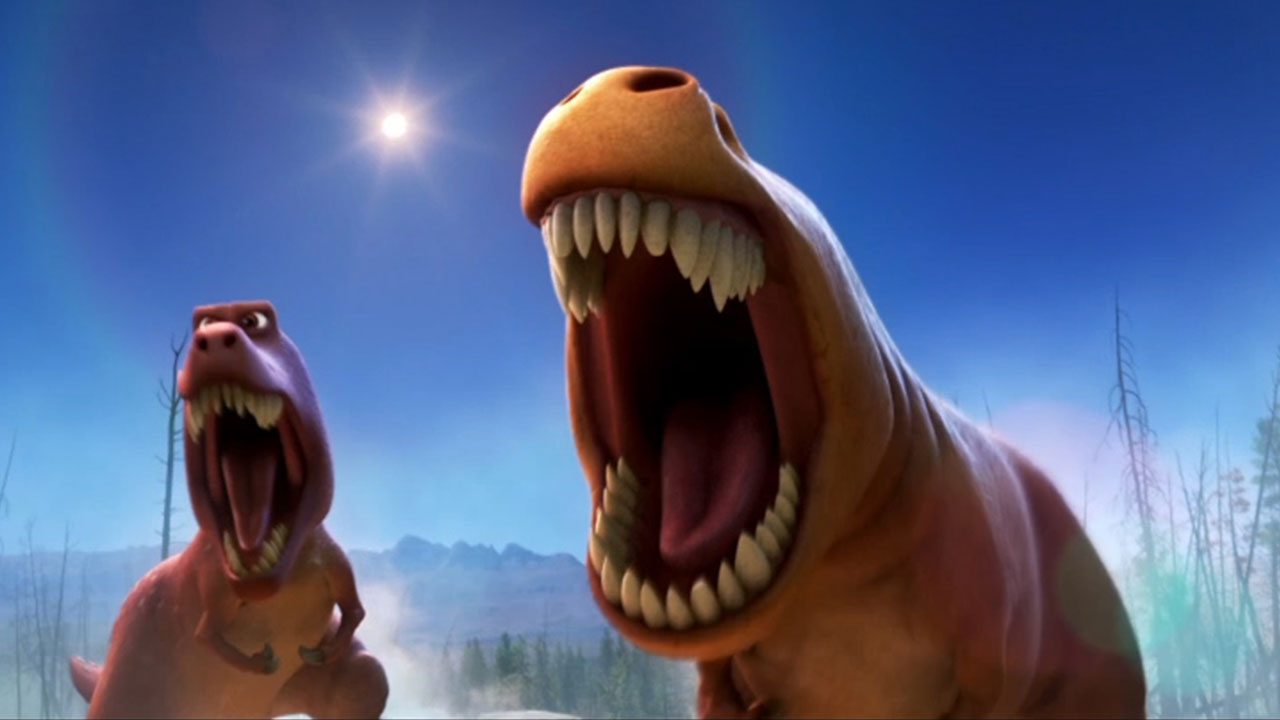 It’s been a busy week, so I’m just now getting a chance to share my thoughts on The Good Dinosaur teaser that came out this week. And I have a lot to say for a teaser barely a minute long.
This is a tough movie to talk about due to the unusual air of mystery around it. But we finally have something to talk about, now that the movie is just several months away. But I’m sure you’re all wondering the same thing: Does it look good?

I’m more impressed by the visuals than some other people seem to be. Though the dinosaurs themselves are a little cartoonish (that T-rex looks a lot like the one in Meet the Robinsons), the scenery looks well-polished. That first scene with the asteroids shows off some impressive textures, for example. 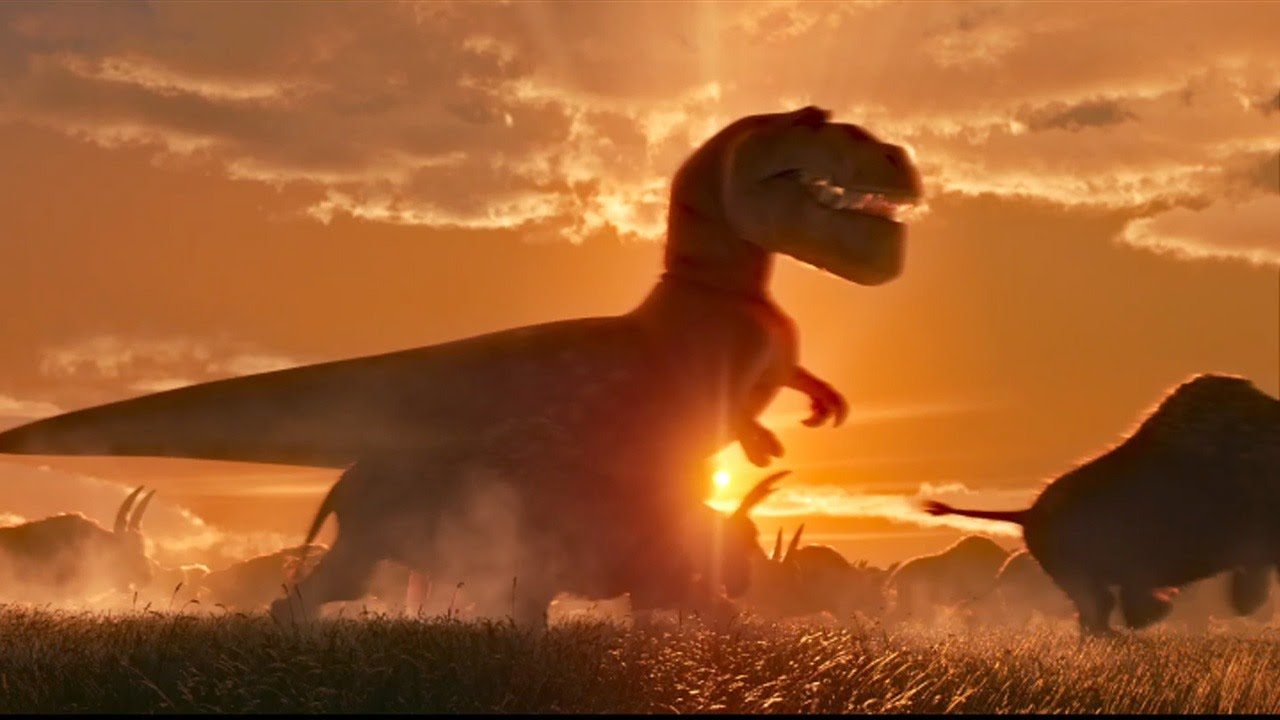 This is a teaser, so we got more concept than story. The Good Dinosaur is based on the premise: What if dinosaurs were never wiped out by a planet-shattering asteroid?

Pixar’s response is that this would have led to an age of intelligent dinosaurs living alongside humans, though for reasons I’m sure we’ll learn about later. The basic implications of this definitely interest me so far.

As many of you know, my general Pixar theory states that animals are intentionally smart creatures, so it would make sense (in the Pixarverse) that millions of years of life would lead to the most powerful creatures on Earth being as intelligent, if not more intelligent, than humans. Also, we can probably expect to see the origins of the Dinoco logo, though that may be wishful thinking.

The comedic timing in this teaser is dead on, which is a good sign. But I’m a little disappointed that they messed up the way Earth would look millions of years ago. Before the asteroid hit, the continents as we know them were not split and shaped like that. Seeing Pangea would have been a nice touch, and Pixar usually excels in this area.

I’m cautiously optimistic about this movie. The fact that we’ve seen so little for it compared to Inside Out combined with this getting pushed to this year from 2014 make me anxious. It’s no secret the film has had production issues, and this is Peter Sohn’s directorial debut for a feature film. The film could honestly go the way of Brave: Excellent concept, but messy delivery. 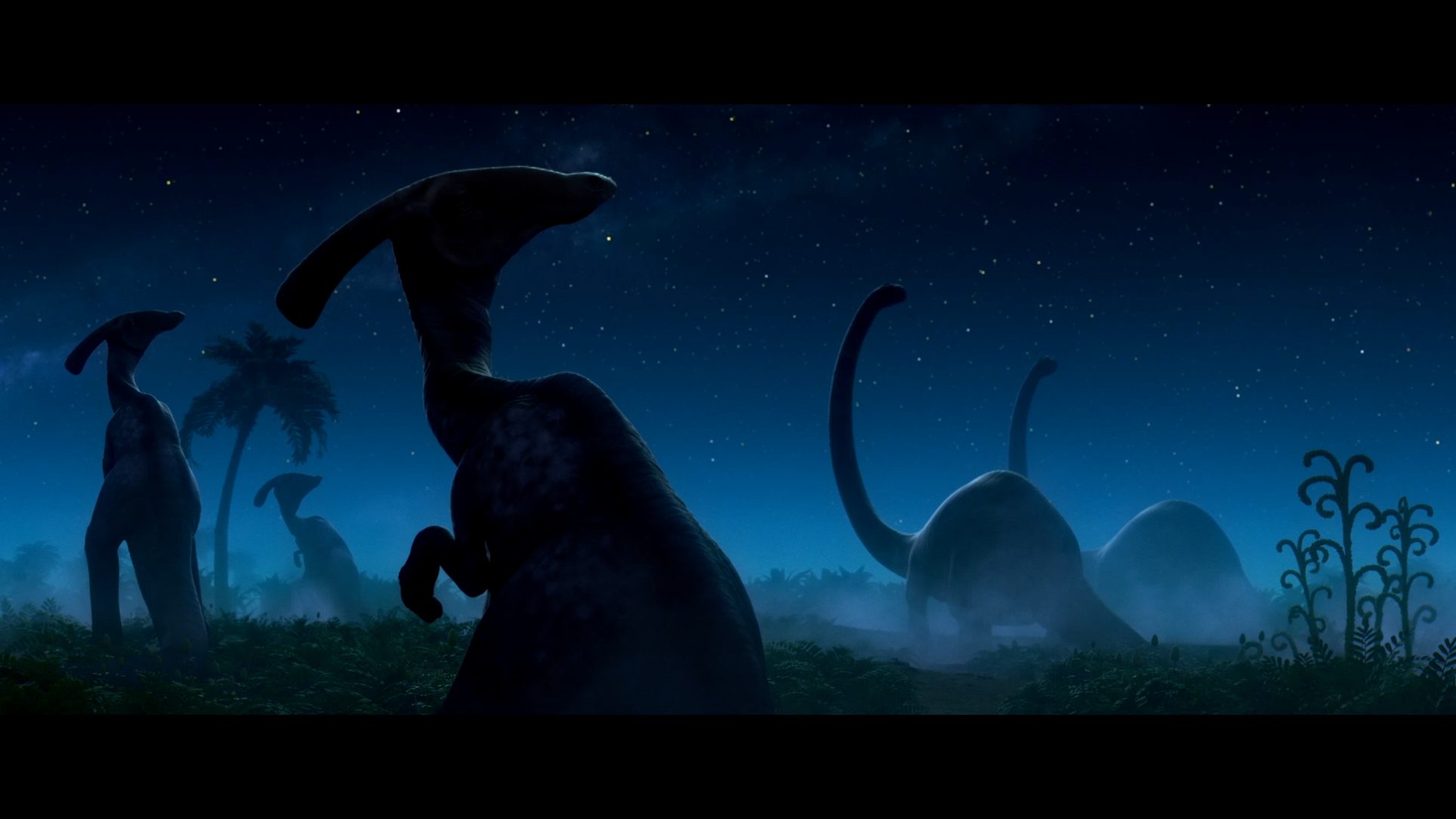 Don’t get me wrong. I have faith in Pixar’s creative teams (Bob Peterson had a hand in writing the story), and production troubles haven’t always led to poor movies (think Ratatouille).

I honestly think the film was moved to November and in the same year as Inside Out because it can serve as Disney’s “other” animated film of the year. They’ve led the holiday season with animated movies like Frozen and last year’s Big Hero 6 for several years in a row, but they don’t have a big budget animated feature planned this year. Except for The Good Dinosaur. Knowing John Lasseter, that’s not unintentional.

Let’s just hope that Jurassic World is good enough to reignite interest in dinosaur movies, but not so good that people go into The Good Dinosaur with the wrong expectations.

“The Good Dinosaur” asks the question: What if the asteroid that forever changed life on Earth missed the planet completely and giant dinosaurs never became extinct? Pixar Animation Studios takes you on an epic journey into the world of dinosaurs where an Apatosaurus named Arlo makes an unlikely human friend. While traveling through a harsh and mysterious landscape, Arlo learns the power of confronting his fears and discovers what he is truly capable of.