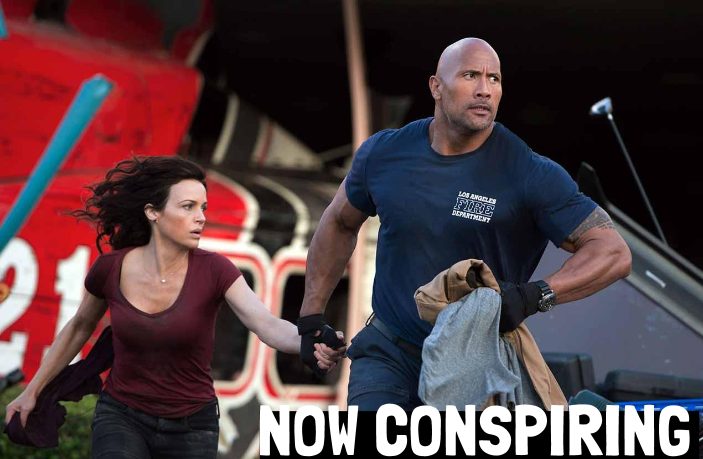 This week on the podcast, we talk about San Andreas (if 2012 was just in California basically) and Aloha (if Jerry Maguire  was just in Hawaii basically). But really, we spent most of our time trying to figure out which Beach Boys song is the best.

We cover a ton of the latest movie news and speculation in this episode, and we read your feedback from last week’s show. Oh, and John Mulaney references.

QUESTION OF THE WEEK: What’s your favorite movie of 2015 (so far)? Let us know in the comments, and you may have your answer read and discussed on next week’s show.

Or just hit us up on Twitter! We’re @NowConspiring. And don’t forget to rate/subscribe us on iTunes or the Stitcher app if you feel like it.

Our Song of the Week playing at the top of the show is “Too Much Time Together” by San Cisco, from their new album Gracetown.

Other music you heard in this week’s episode:

“Wouldn’t it Be Nice” — The Beach Boys