Have you ever seen Pixar’s WALL-E? No? Then go watch that, come back, and let’s discuss something somewhat troubling about this film.

There are a lot of movies that you can point to and say that the protagonists (i.e. heroes of the film) actually do more harm than good. There are some movies with tragic endings that would have been just fine if the protagonist had done nothing at all.

And I think WALL-E accidentally does the same thing, and not for the reason you may be thinking.

Let’s recap the story. WALL-E is set 800 years in the future. In this universe, Earth becomes incredibly overpopulated by the year 2105, with 200 billion humans contributing to an environmental disaster for obvious reasons.

In response, a world-dominating organization called Buy n Large (BnL) pledges to clean up the mess, though it’s heavily implied it’s mostly their fault, and they send all humans to space on executive cruise ships called “starliners.” But after only five years, BnL decides to abandon the planet completely because the air has become toxic.

Side note: Soon, my book on The Pixar Theory will be coming out, and it’s packed with theories that concern this movie and BnL in general. What you’re about to read is something that didn’t make it into the final draft, so BONUS! 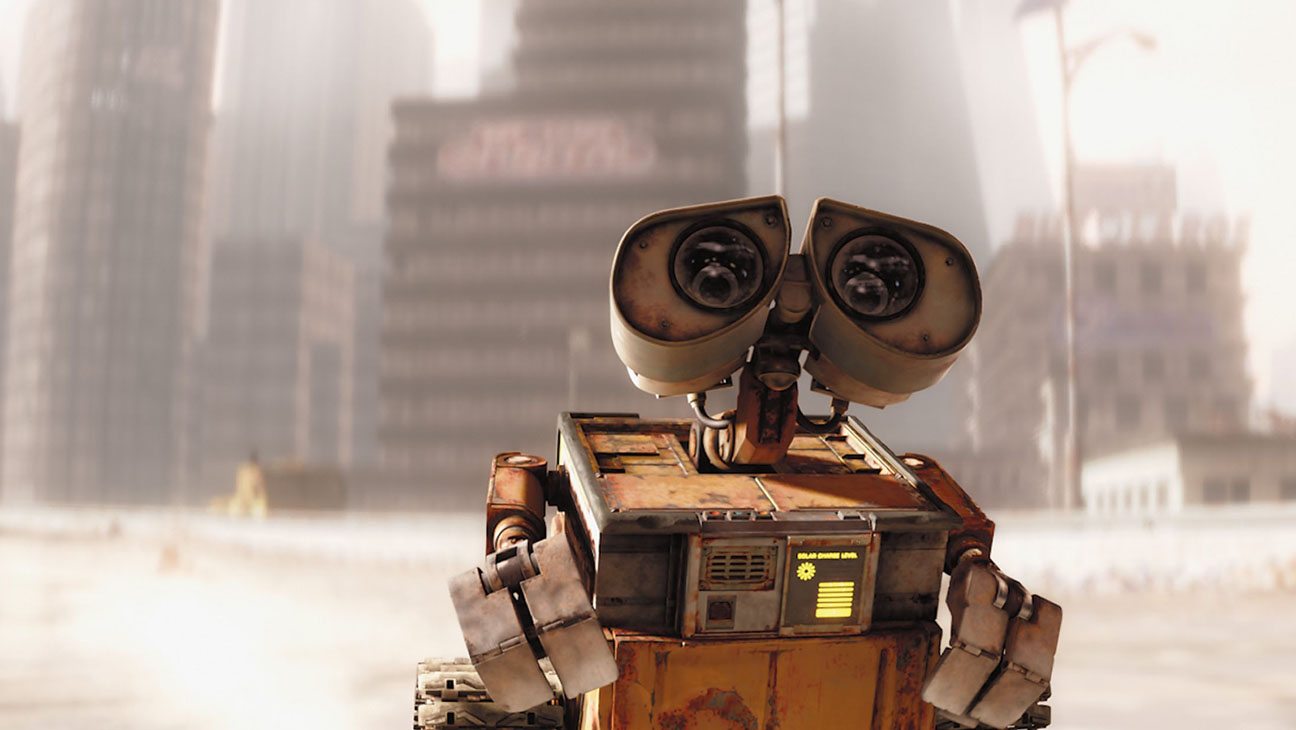 Anyway, humans remain in space unbothered for 700 years, which is when the movie’s plot begins with WALL-E. When a probe named EVE arrives to find hospitable life, WALL-E falls in adorable robot love with her, and when she returns to deliver the plant-life she found, WALL-E frantically follows her.

WALL-E ends up on Axiom, one of many starliners running in a lifestyle “loop.” The humans there have been raised from birth to support and trust BnL and it’s routines for their entire lives. The robots satisfy all of their needs, and life is pretty much perfect in their minds, even though they do nothing for themselves.

It’s a strange setup because you’d think the people on Axiom would grow bored and feel stifled, but in contrast, they seem completely intent, until WALL-E arrives and causes a chain of events that leads to their return to Earth.

This brings me to the main point: The people of Axiom are incredibly nice, well-functioning people.

Not once do you see a human on Axiom acting spoiled or rude. Instead, they’re incredibly polite, especially when they meet WALL-E for the first time. John and Mary are two great examples. They’re not used to robots having a personality, and when they meet WALL-E, they are very positive and nice to him. You’d think they’d treat him terribly, but instead they befriend him and get eerily excited when they see him again.

The humans we see have friends, romantic relationships, and excellent living accommodations. The screens they view everything through are translucent, so they have no shame in letting other people see what they’re working on.

Even life expectancy isn’t a problem. When we see the panel of past Axiom captains, you can see that all of them live well over 100 years.

When the current captain of the ship becomes enamored with Earth, he appears to have the joy of a child. He’s incredibly optimistic, and in many ways, one of the central heroes of the film when it comes down to it.

In some of the final scenes, we see the humans showing a lot of empathy for WALL-E and EVE, even though most have them have no idea what’s going on. They cheer for the captain when he’s fighting Auto, and John and Mary don’t hesitate to risk their lives for the babies falling down the platform.

What caused humans to be this nice?

Well, BnL apparently did. The society created by this “loop” of never-ending pleasure created a culture of interestingly polite humans, contrary to the spoiled rich kid syndrome you’d expect to see.

So was what WALL-E did for them…for the best?

If he had never followed EVE, the humans would sill be on the Axiom, but when the movie closes, the humans have returned to Earth. It’s depressing, but history repeats itself. Though we see shots of life rebuilding itself peacefully, won’t humans just make the same mistakes again and damage Earth completely this time?

It’s tricky because the movie is clever about how it makes you hate BnL, despite it being the invention of the very humans we sympathize with. Pixar overtly makes the conditions of the Axiom both horrific and enticing at the same time, but few people walk away from it thinking the humans made a mistake.

From a storytelling perspective, it’s genius on Pixar’s part. They present the humans in a way that makes us want the best for them. If they had made the humans spoiled and insufferable, we wouldn’t care about them as much as we do by the end.

So, here’s the question: Were the humans better off living in a society that made them the best they could be personally and socially? Or is living on Earth too important to ignore? I’m not convinced either way, to be honest.

Sure, the effects of gravity make you a blob dependent on a chair, but then again, it’s an awesome chair.

In Axiom’s society, there’s no crime from what we see. Everyone has their needs met. There’s likely no poverty, racial injustice, or food shortages. It’s utopia, but we think it sucks because the people aren’t skinny. Isn’t that a little messed up when you think about it?

Still, the captain makes a good point when he says, “I don’t want to survive, I want to live!”

But does everyone on Axiom want that, or is it just the result of one man who wants to impulse buy something he read about on the Internet? It’s hard to say.

Of course, I’m not saying Axiom would be the best for me or you. We’re accustomed to bike rides, trampolines, and Taylor Swift concerts. But if you told me there was a way to solve all of Earth’s problems in exchange for a few extra pounds, I’d have a hard time saying no.