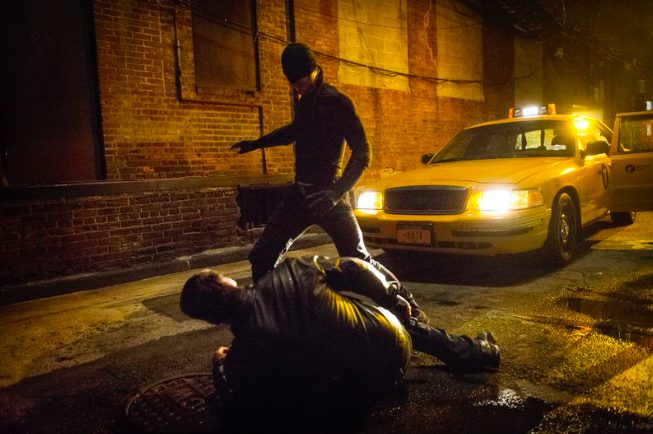 Daredevil is the best (and bloodiest) show Marvel has made yet.

With so many new superhero shows on television, Daredevil successfully raises the bar. As Marvel’s crop of TV projects have evolved from decent (Agents of SHIELD) to excellent (Agent Carter), Daredevil pushes the envelope by going down dark paths the Marvel Cinematic Universe hasn’t gone down before.

This review confirms that Daredevil takes place in a New York City torn apart (metaphorically) by the damage we saw in The Avengers, three years ago. I wasn’t expecting such a direct tie-in, but man if I can’t wait any longer to check this show out.

The premise is what hooks me the most. A world where the Avengers have failed New York, and your only hero is a blind vigilante. Just perfect.

Deadline also reviewed the show, saying “Marvel’s Daredevil is the TV offering from the superhero giant that we’ve been waiting for.” The Washington Post aptly named it a “creative bullseye” for Marvel.

If you have a Netflix account, you can start streaming the series in its entirety on Friday.

8 thoughts on “Early Reviews For ‘Daredevil’ Are In, And They’re Great”