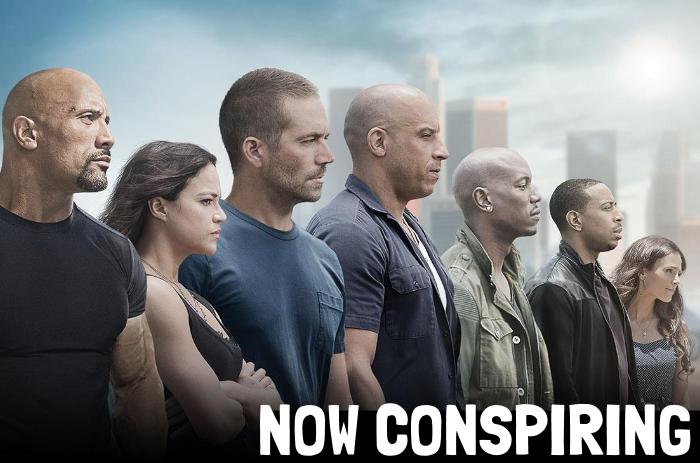 Hey listeners, we have a podcast episode this week unlike any we’ve ever done before. It’s a little longer, but that’s because in addition to our chat about Furious 7 and the Fast/Furious franchise in general, we had a bit of a Pop Culture State of the Union.

What’s that? Oh, well really it’s us just catching up on everything that’s been piling up in the news surrounding new shows and movies coming out soon, along with updates on shows and movies we never saw coming. Enjoy!

Thanks for listening, and don’t forget to rate and subscribe Now Conspiring on iTunes!

Question of the Week: What’s your favorite The Fast and the Furious movie?

Song of the Week: “Mile High” by Brooklynn

Other music you heard during this episode:

“I’ll Be There For You” — The Rembrandts

“Nine in the Afternoon” — Panic! At the Disco

10 thoughts on “Furious 7, Pop Culture State of the Union”