Over the last few weeks, you may have noticed I haven’t come out with any feature posts, and the reason is simple. I’ve been spending all of my time trying to understand the purpose of The Fairly Oddparents, aside from it being a funny show back in its heyday.

During my research, if that’s what you want to call it, I realized that the show taught me way more about life than I ever gave it credit for. While it’s no “Boy Meets World,” this show was far more relevant than I ever realized. 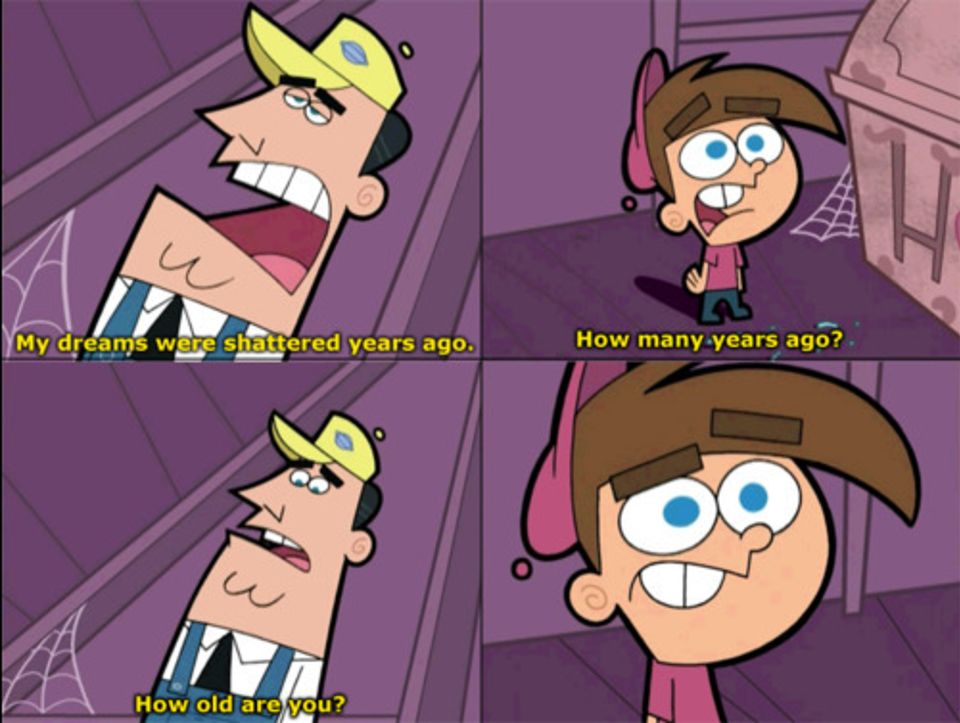 So I wrote an article, which came out today, about just that. You can read “20 Lessons We Didn’t Know We Learned From ‘The Fairly Oddparents'” on Moviepilot, where I cover some funny teaching moments from the show. But the fun doesn’t stop there.

See, I came across something pretty subtle while combing through the TFO narrative, and it’s this: You don’t really grow up until you figure out how to properly deal with your problems.

One thing that bothers me about TFO (and it probably bothers you, too) is that Timmy Turner learns the same lesson every single week. This lesson is that you can’t just wish your problems away. Every time you do, you end up creating more problems. And even in a world where you get everything you want, there are still rules, terms and conditions that will hold you back. 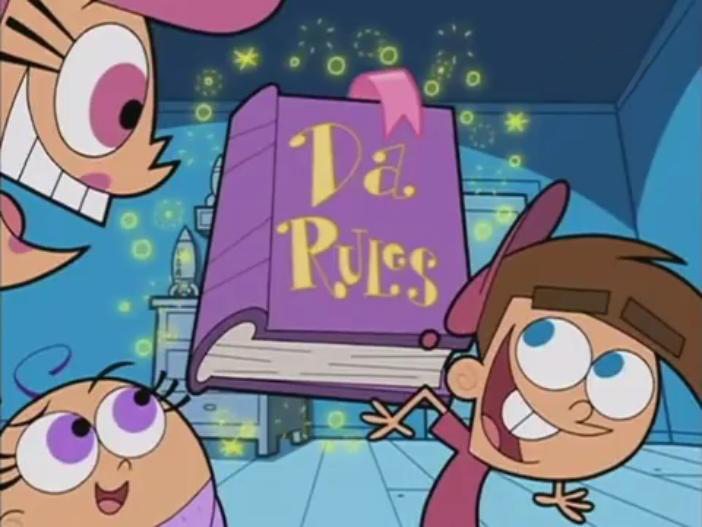 Which brings me to the true purpose of The Fairly Oddparents. It’s not simply to give us a show where we can laugh at the misfortunes of a ten-year-old boy who has the world at his fingertips. It’s to show us that the fairy godparents aren’t really there to just give Timmy whatever he wants.

Instead, the whole point of giving Timmy fairy godparents is to teach him that he doesn’t need them. In fact, the very first episode of the main show is about Timmy wishing that he was grown up, instead of just…well growing up the normal way.

In the pilot, Cosmo and Wanda say they want to help Timmy by granting him wishes, and I still think it’s true. But the point is clearly to help Timmy understand that he doesn’t really need magic to solve his problems. After all, in that same pilot episode, Timmy uses his wishes to abuse and torture Vicky, making him just as bad as her.

As the series progresses, we watch Timmy consistently use magic to make his life better, but it never turns out quite as he expected. And the show won’t end (for real) until Timmy decides to figure life out on his own, rather than rely on magical godparents to preserve his childhood.

To some of you, this may seem obvious. Of course, that’s the point of the show, right? The fairies are just temporary companions meant to help Timmy with frankly temporary problems. It’s no wonder, then, that the show doesn’t occur when Timmy is going through puberty. It really has to take place during the last years of true childhood, because after that, Timmy won’t need them anymore. 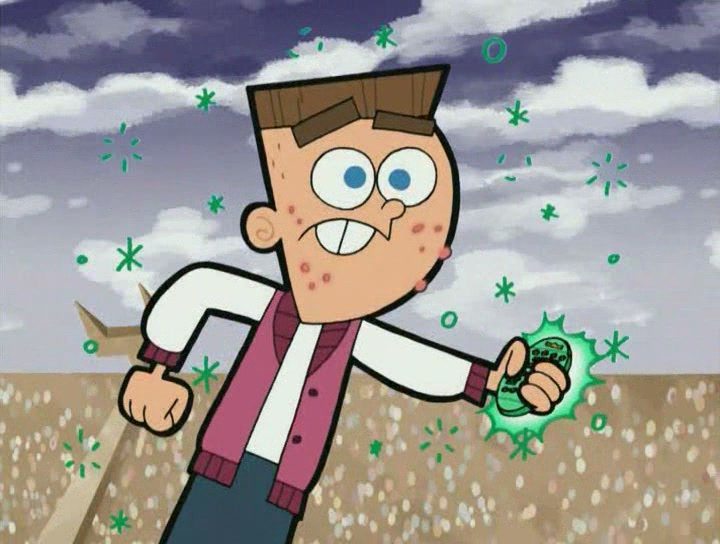 We even see this play out to some extent during “Channel Chasers,” when Timmy starts to age quickly at the very end. We see him as a teenager for the first time, and as the years progress, he forgets all about Cosmo and Wanda. By default, we think that’s just because adults can’t fathom fairy godparents, but it’s the opposite. The fairies are there to make sure Timmy stops needing them, so he can get to a place where he’s ready to face life’s challenges on his own.

For these reasons, I’ll always look back fondly on the 2001-2006 run of the show, which is certainly when it was at its prime. These days, there’s a baby and a dog, or something. I’m not really sure and don’t care to find out.

Before I go, here’s one thing about the show you may not know. The truth of Dinkleberg’s name and why Timmy’s dad hates him so much.

The Dinkleberg family name is a reference to D.I.N.K., which is an acronym for “Dual Income No Kids.” Hence, the Dinklebergs have an enormous amount of wealth that makes Timmy’s dad so envious. 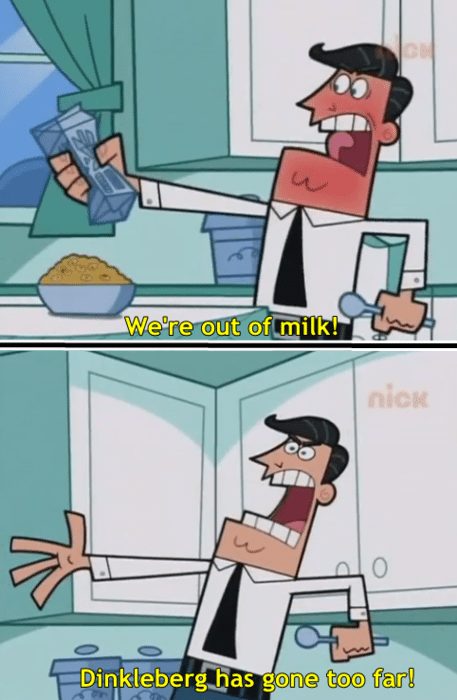