Not caught up yet to this chapter? Check out our Table of Contents to get your fill.

You guys ready for Part 3?

That’s right, The Pixar Detective is BACK everyone! It’s been a while, but Kayla and I couldn’t be more excited to get started on the final ten chapters, starting with what you’re about to read below. 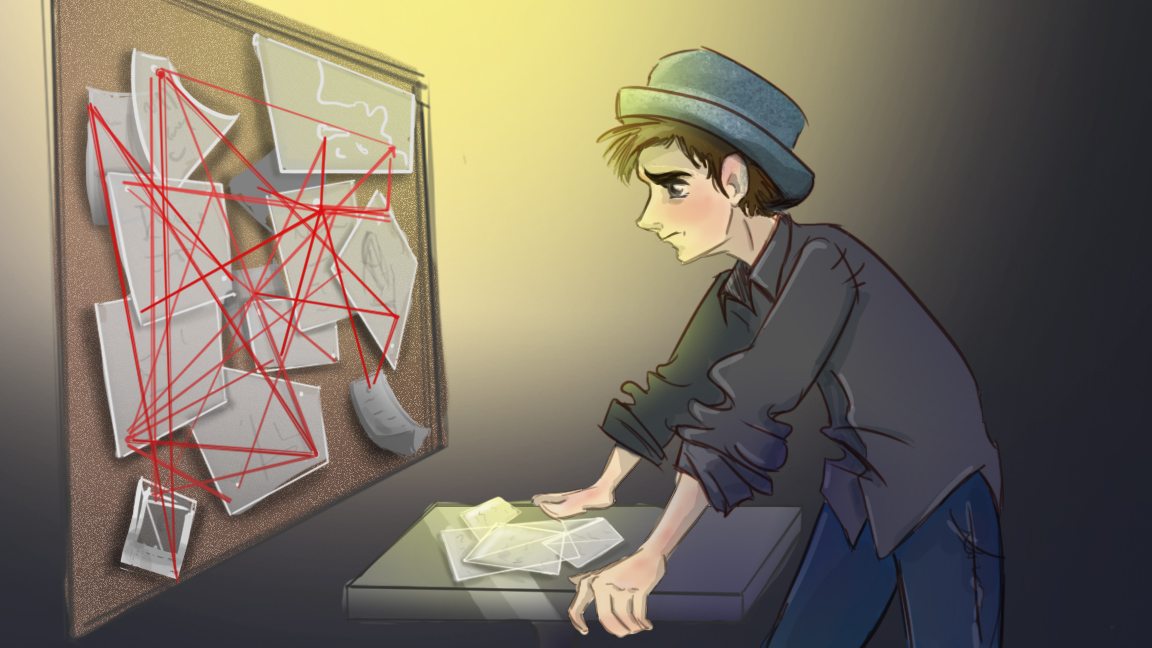 This week’s chapter is called “Hidden Wonders,” and it’s definitely a departure from the usual format. As the story winds down, you’ll notice that it will feature a little less time travel thanks to the inclusion of a brand new character. Guesses on who this character is or is related to are certainly welcome (I can’t wait to hear what you guys think).

I’ll just come out and say there’s a bit of a time skip, so the beginning may be a bit jarring. You’ll have to read carefully to make sure you don’t miss what’s going on. I’ll provide some writer notes at the bottom to explain some of the context for what’s going on, in case you’re confused.

Enjoy the chapter! And as always, I’ll be scouring your comments to find out how you’re dealing with the return of our favorite characters.

Previously, on the Pixar Detective!

Thousands of years in the future, our heroes Stevin Parker, Wallaby Jones, Sadie the first super, and Mr. Sumner the exiled monster, finally escaped the clutches of Shelby Forthright, the tyrannical CEO of BnL who uses his mastery of time to alter events in history. 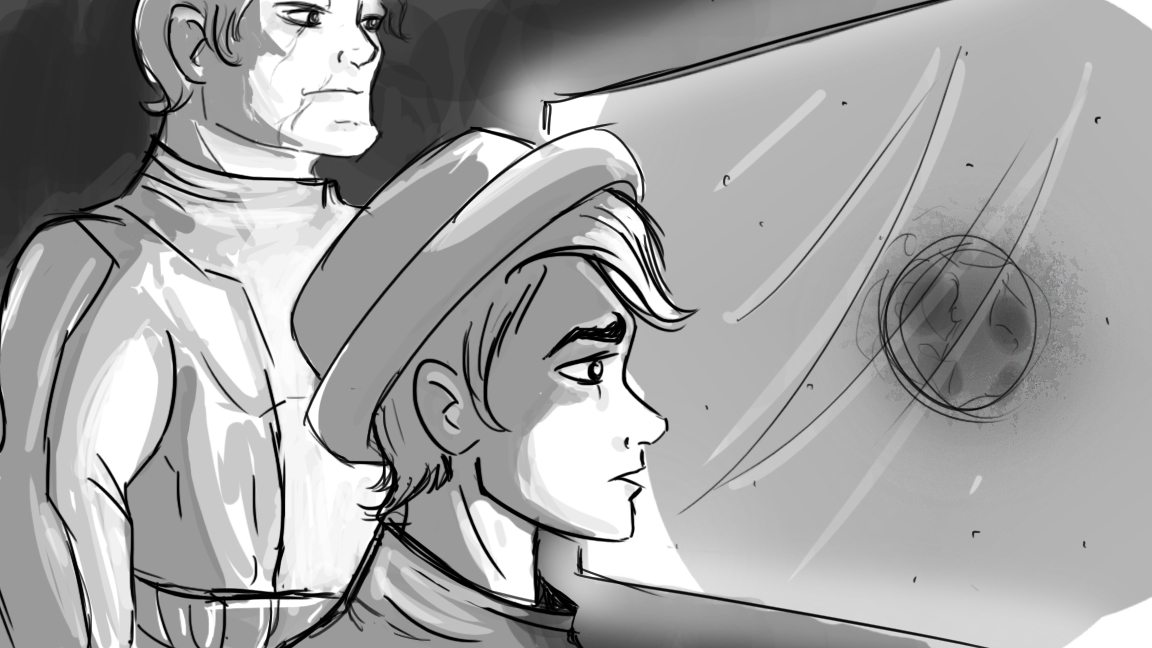 Their escape was partly thanks to the efforts of their new allies, Cara and Logan, who are the descendants of some incredible superheroes, as well as Agents Willem, Peaches, and Flo.

They also came upon a tinkerer named Al, who gave them a cowgirl doll that witnessed the events of Mary’s disappearance.  According to this doll, Mary was snatched away by someone who could make items fly in the air, similar to what our heroes experienced in the cottage during their trip to Scotland. 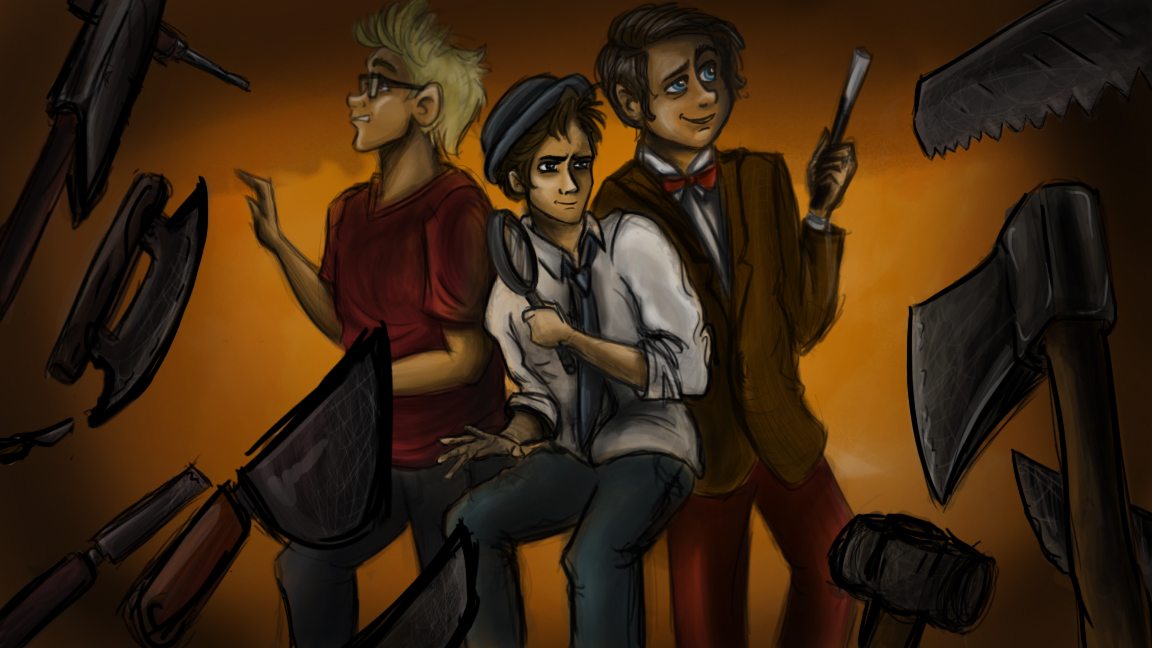 Stevin and the others must now return to put their clues together in an attempt to wrap up this investigation. But will that even be possible? What’s next for the Pixar Detective? You’re about to find out!

I’ve also provided a prelude to Part 3. This explains some of the events leading up to Chapter 21, but it also contains spoilers you would otherwise figure out in the chapter. Read this if you’re confused or just want something extra to catch up on!

It was agreed. Stevin, Wallaby, Sadie, and of course, Mr. Sumner would return to San Francisco to regroup. Stevin considered it wise to return the day they left, so no one would wonder why they had been missing for so long. Of course, Wallaby brought up the strange fact that they must have aged during their months of time travel, but Stevin guessed that aging would be impossible since they didn’t exist within their own timeline while away.

“That would explain why Shelby doesn’t seem to age,” Stevin tried to argue, though he was actually unsure.

They returned to San Francisco, but they quickly realized they had several problems to sort out. In order to continue his investigation, Stevin would need a place to compile all of his work and clues. So he took Mr. Sumner and Sadie to the old warehouse filled with doors. For weeks, they toiled to make it a livable space that Mr. Sumner would be able to call home and look after.

“You’ll be here when I can’t,” Stevin explained to Sumner. “And you can stay as long as you like. The place belonged to Mr. Azam, after all.”

But Stevin wanted Sadie to stay with his family, at least for a while. That way, she could find work and find purpose for herself outside of what she was built for.

“Stay with us,” he told her. “You’ll be able to make your own choices, rather than be confined to the wharf.”

She reluctantly agreed. Stevin’s family was curious about the arrangement, but Stevin had a secret conversation with his father regarding the letter he found in Sydney. Apparently, he used it as leverage, reminding his father that he knew about his secret affiliation with Pixar University. He promised to stay out of the university and its dangers if his father let Sadie stay with them.

Weeks turned into months. Stevin had trouble making sense of all of the information gathered during their investigation through time. He took a leave of absence from school, claiming he needed time to cope with the loss of his friend. But really, he was going to the warehouse daily to work on his myriad theories.

Soon, Wallaby accepted that they would likely never find Mary. He visited the warehouse, and Stevin, less and less, instead choosing to forge a friendship with Sadie. He even managed to secure a job for her at a local pet store, thinking it would be the perfect fit.

But Stevin wouldn’t give up. Once we find Mary, he thought, we can focus on helping Cara and Logan take down BnL. Once that’s finished, we can roam time freely, without fear of Shelby finding us. We can stop Willem from turning Mr. Azam into a rabbit back in 1935. We can bring our professor back home. Mary will be safe, Sadie and Mr. Sumner will have a home, and we can put all of this behind us.

Meanwhile, Shelby has secretly known all along where Stevin and his friends have been, but he has chosen to let Stevin handle the search for Mary. Al was always secretly working for him, and he sent his “dark” Sadie and Logan (who are still bound by mind-control chips and are actually the “true” versions of Sadie and Logan) to stay with Al as they anticipate Stevin’s every movement until he finds Mary and they can swoop in.

It’s been five months. Five long months. Time will only tell if they’ll ever find Mary, until one fateful day when Wallaby decided to catch up with his old friend.

Ready for more? Visit the Table of Contents to read Chapter 22.

Thanks for reading! What did you think of Chapter 21?

15 thoughts on “The Pixar Detective: Chapter 21”