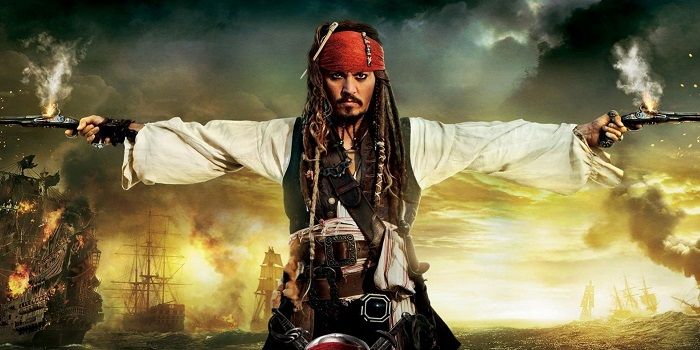 Thrust into an all-new adventure, a down-on-his-luck Captain Jack Sparrow finds the winds of ill-fortune blowing even more strongly when deadly ghost pirates led by his old nemesis, the terrifying Captain Salazar (Bardem), escape from the Devil’s Triangle, determined to kill every pirate at sea…including him. Captain Jack’s only hope of survival lies in seeking out the legendary Trident of Poseidon, a powerful artifact that bestows upon its possessor total control over the seas.

The movie just started production today, and this is apparently the direction it’s headed in. Honestly, I find the story vastly more intriguing since it focuses on lesser-known pirate lore (unlike the Blackbeard-infested blockbuster from 2011). I’m actually intrigued to see how Disney handles the film as Johnny Depp becomes increasingly more stagnant as a box office draw.

Also, the film is pulling in some great names, including Skyfall‘s Javier Bardem and “Skins” star Kaya Scodelario, who you saw (sort of) in The Maze Runner. That’s not even mentioning that Geoffrey Rush (Barbossa), Kevin R. McNally (Gibbs), and Stephen Graham (Scrum) will be reprising their roles.