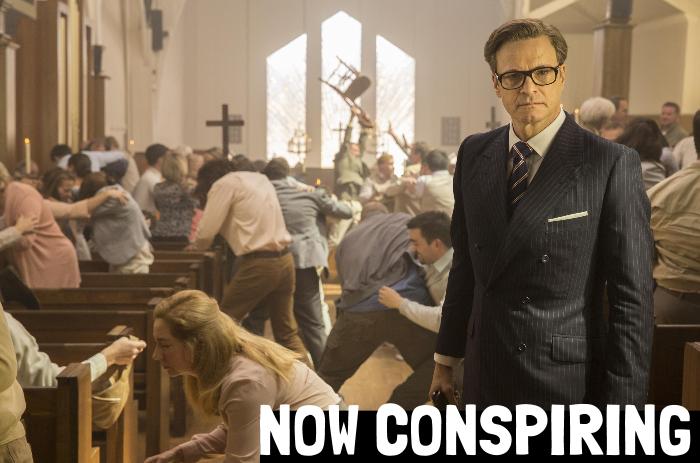 This week on Now Conspiring, we review Kingsman: The Secret Service and explore the hard-to-believe secrets behind the epic film. For example, did you even know the movie is based on a comic book? OK, maybe that’s not one of the more “mind-blowing” facts we explore, but that’s why I’m saying it here.

That opening song you heard in the show is “I’m Good” by The Mowgli’s. Their new album, “Kids in Love,” is set to release April 14.

We also talk about the critical and box office reception for Fifty Shades of Grey. If you were expecting a review, well, sorry. Stick around for News this Week, where we delve into the massive news craze surrounding Spider-Man joining the Marvel Cinematic Universe. Of course, Adonis and I used this episode to market our latest campaign, #Maguire2018.

Later in the show, we have our Netflix Recommendation of the Week, so you can fill your list with less risk. And as always, we finish the show with Movie Releases, where we delve into the new movies you should check out this weekend.

Don’t forget to rate us and subscribe on iTunes! We appreciate it with all of our conspiring hearts.

Question of the Week: Besides Samuel L. Jackson, which of these actors would you have preferred as the villain in ‘Kingsman?’

Seriously, though. These guys almost got the role instead of Jackson.

Vote Now For Who You Want As Spider-Man!

6 thoughts on “10 Facts About ‘Kingsman: The Secret Service’ That Make The Movie Even Better (PODCAST)”