Regular readers know that I’m a massive fan of the SpongeBob series pre-2005. That, of course, includes the first big screen adaptation of the cartoon ten years ago.

I’ve hated how the series has changed since then, but I was hoping to enjoy the first movie’s sequel, The SpongeBob Movie: Sponge Out of Water. 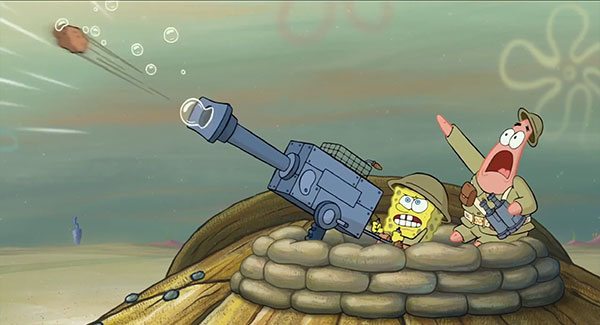 First, let’s focus on the positives. Sponge Out of Water is visually amazing. Yes, there’s still a lot of hand-drawn animation, and it looks really good, especially in 3D. The textures are expertly done, and it’s one of the few 3D experiences I’ve actually preferred over the traditional viewing. And yes, the live-action CGI is beautiful.

But that’s where the positives end.

Sadly, I hated it. I laughed…maybe twice? I can’t really remember. It suffered from a lot of the issues I’ve noticed with the cartoon since Stephen Hillenburg left the show creatively after the first movie. The comedic timing was very poor, excellent characters like Squidward didn’t get enough screen time, and the story, while interesting, just wasn’t told well. 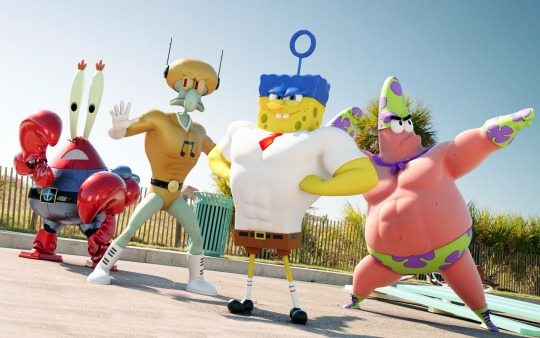 The writing and dialogue were insufferable to me. And the moments that did work for me (like Mr. Krabs hearing the word “refund” through his headphones) were drowned out by other gags that felt incredibly forced.

Obviously, this means the movie will work for fans of the show as it currently is. Have at it. But as a longtime fan of the classic era of the show, I can’t get behind it.

And I should point out that the trailer is incredibly misleading. The majority of the movie does not take place on the surface, as it seems to suggest. 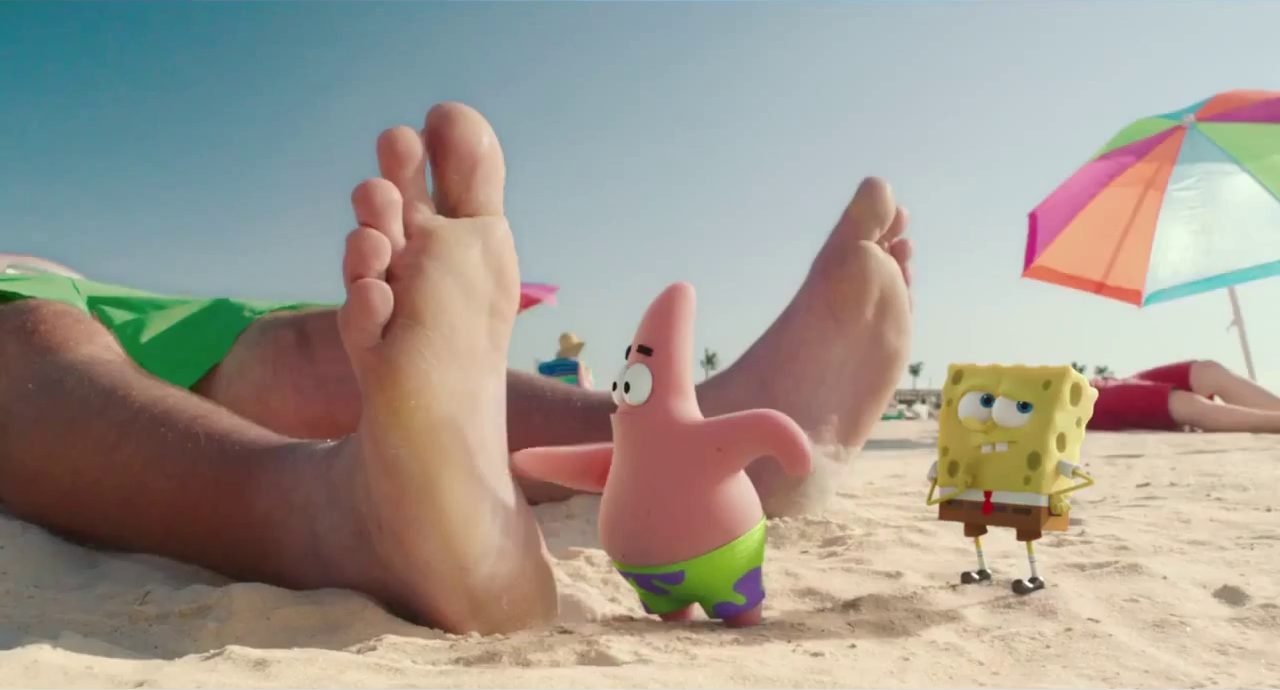 In fact, you’ll notice that almost every single gag in the trailer is repeated in the live-action scenes, to the point where I knew exactly what was going to happen next with nearly zero surprises or new dialogue.

To break the movie down further, I’ll have to provide more spoiler-ish comments, which are below. You’ve been warned.

One of the most surprising errors they made with this movie had to have been with how they did the storyboards, because the sequence of events in Sponge Out of Water is almost completely incoherent. 45 minutes of the movie in the middle contribute nearly nothing to the plot. You’re just watching a dragged out sequence of SpongeBob and Plankton trying to figure out how to do this in order to that.

There’s a time-traveling sequence that provides some of the better visuals for the movie, but they just come off as flat. I appreciate the show when it gets weird, but there has to be some meat or humor to it. These sequences were just thin moments that didn’t connect.

And yes, SpongeBob and Plankton spend a good chunk of the movie as a team. In theory, I loved it. In execution? I was bored. It dragged the story and completely undercut the final act on the surface, to the point where it felt like the first half of the movie could have been cut 75%. 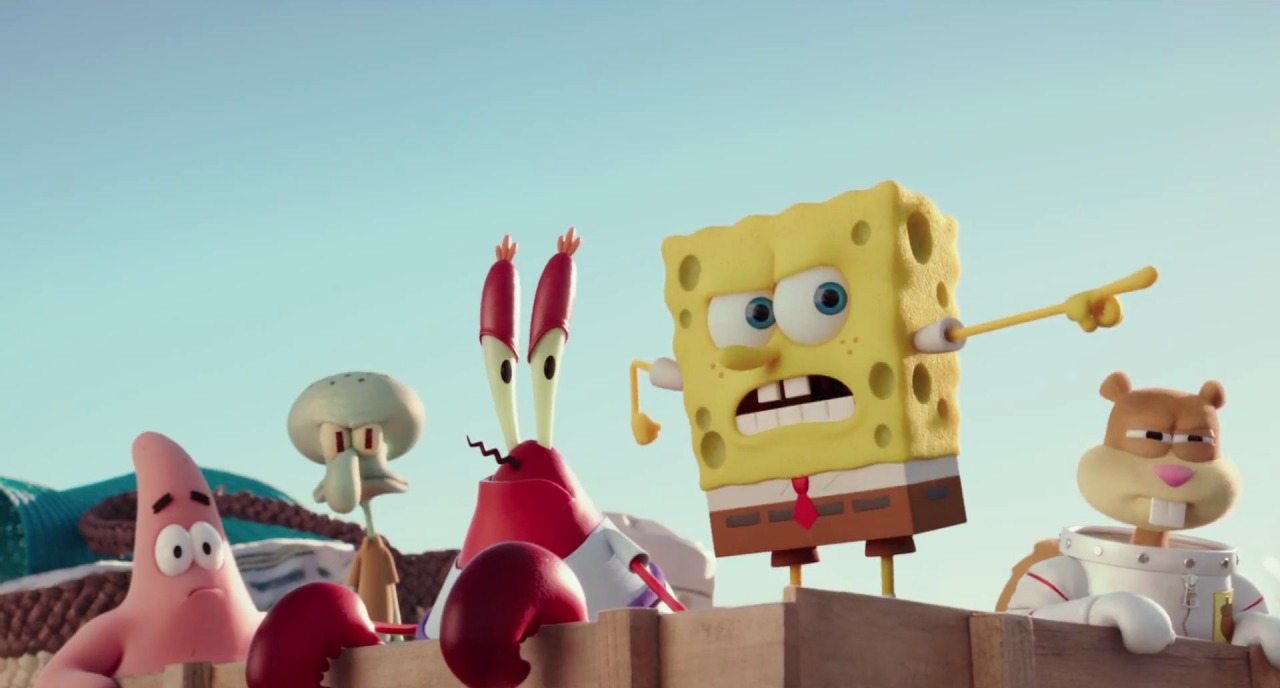 As for Antonio Banderas, he did fine. Though to be honest, I just wanted him to transform into Zorro every time he started talking.

So there you have it. If you’ve seen the trailer as many times as I have, then I recommend you skip this. You’ve already seen the best jokes (and the final 20 minutes of the movie at that). I don’t doubt that some people will enjoy the movie anyway, but I can’t find a reason why.

But hey, at least it was better than Strange Magic. Or you could just re-watch this episode like I did: 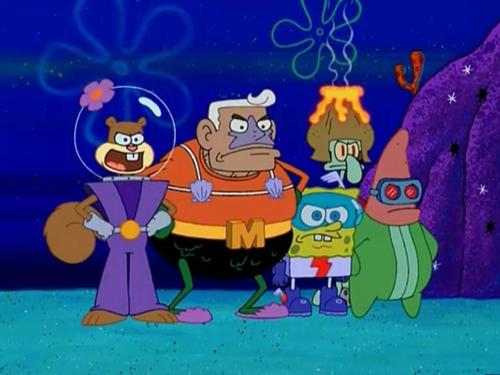 19 thoughts on “Review: ‘The SpongeBob Movie: Sponge Out of Water’”