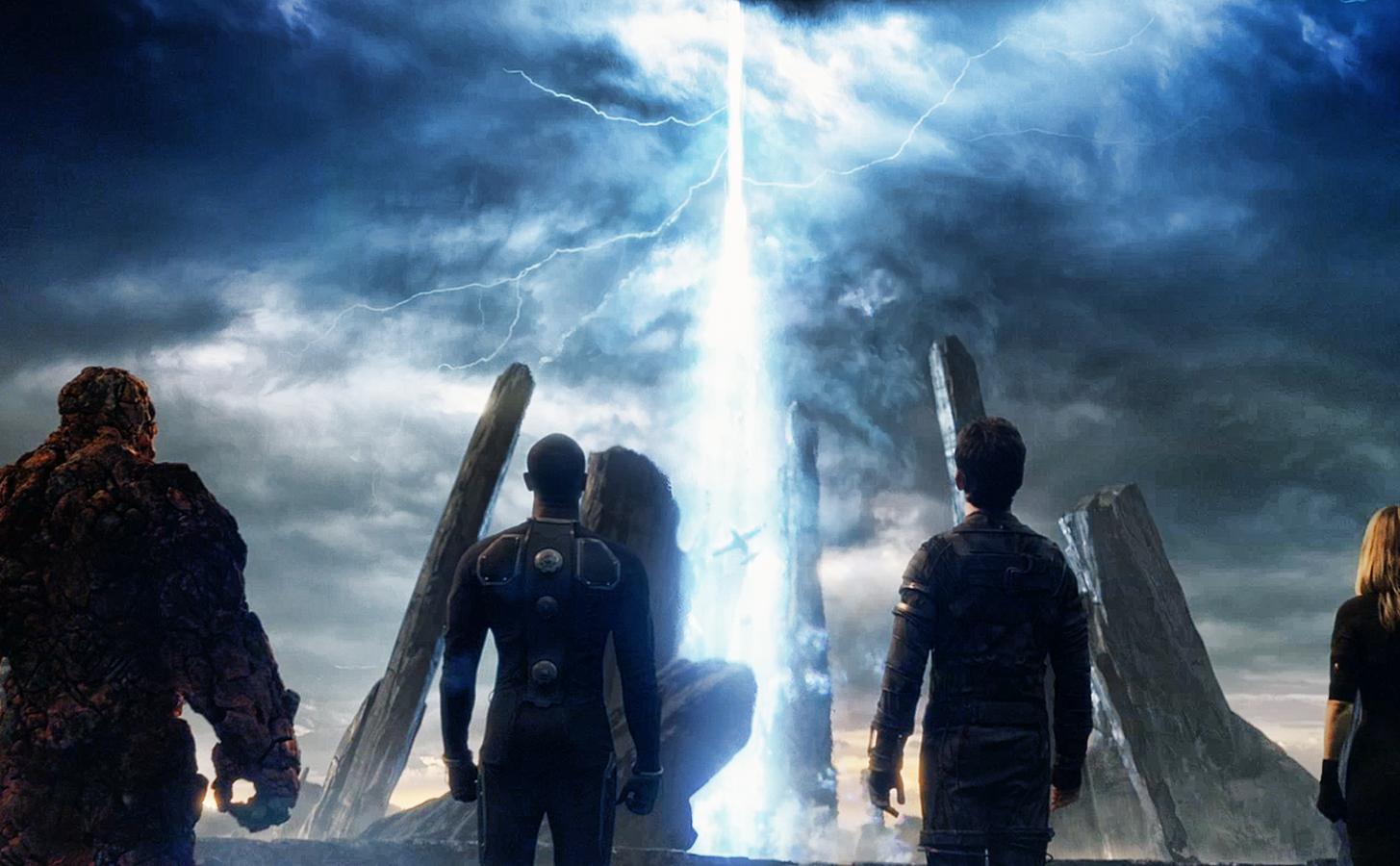 Simply put, The Fantastic Four is a superhero science fiction movie. And I think it might be the first one…

In the same way I fell in love with the lore behind Panem and Katniss Everdeen, I’m starting to really enjoy this new take on a familiar, but entirely different universe.

Seriously, the parallels are there. A group of young adventurers with one-in-a-million powers rising above obstacles? Got it.

This is an excerpt from my teaser breakdown of The Fantastic Four, which was released alongside the teaser on Moviepilot. I was the first fan in the world to watch it, or so I was told by 20th Century Fox.

On Monday, I flew to Los Angeles to visit the 20th Century Fox lot. At my side was Aaron Kelly, the Director of Community at MP, along with Andrew Marco, Josh Weinstock, and Britt Frizzell (all MP staff and good friends of mine).

It was a fun time. I met a few of the people in charge of Fox’s marketing, including George Dewey. They invited us to a private screening room (remember, this is Monday afternoon) where we could sit down and watch the teaser a few times.

They didn’t tell me what to say, or lead me into making nice comments about the teaser. The representatives there simply wanted to gauge my reaction. I can’t blame them considering the amount of vitriol surrounding this movie’s sheer existence. They must have been quite curious.

I wrote the breakdown that evening, which was a surprisingly short process. I’m not used to being harshly edited when I write about movies, so what you’re reading above is quite close to the first draft. My breakdown was released in the morning, shortly after the trailer dropped, and to my chagrin, it was retweeted by a few of Fox’s Twitter accounts.

This was definitely a memorable experience, and it makes me excited about this new trend in fan empowerment. Movie studios can only benefit from allowing fans a chance to see how the shawarma is made.

I’ll be sharing more of this experience (and other thoughts on the teaser) on Monday’s episode of Now Conspiring. Also on the show, fellow MP writers, Maria Garcia and Adonis Gonzalez will share their own experiences this week at Sundance and the world premiere of Project Almanac. It’s going to be a great episode.

And yeah, we’ll talk about how you can get the opportunity to do cool things like this, as well.

6 thoughts on “Being the First Fan In The World To See The ‘Fantastic Four’ Teaser.”