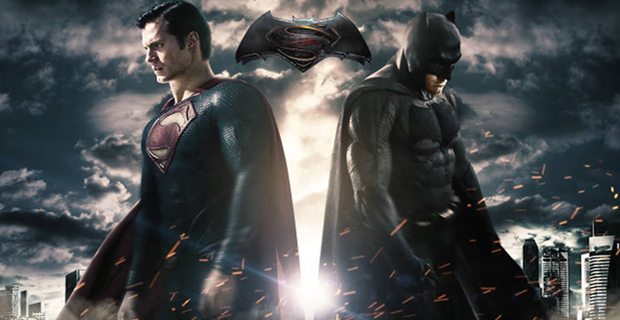 Director Zack Snyder wrapped production on the film Batman V Superman: Dawn of Justice late last year, partly completing the next brick in the wall for DC’s Shared Film Universe (after Snyder’s Superman reboot, Man of Steel) in the process. A teaser clip for the superhero movie debuted at the San Diego Comic-Con in 2014, but since principal photography was completed, the wait was been for a theatrical teaser trailer to be unveiled.

We’re now hearing that will happen when Warner Bros. launches it first major tentpole of the new year, in the Wachowskis’ big-budget sci-fi Jupiter Ascending…

It’s easy to assume that Warner Bros. just wants people to watch Jupiter Ascending, and this teaser will create a bit of hype. But how many people out there are actually willing to pay to see a movie just to watch a teaser a day before its free on the Internet?

Unless you’re already psyched to see Jupiter Ascending for some reason.

9 thoughts on “The First Teaser For ‘Batman V Superman: Dawn of Justice’ Will Be a Trailer For ‘Jupiter Ascending’”