I don’t usually do “top lists” for movies because, well, who cares what I think? So, instead I made a list of the “best” highlights of 2014.

As usual, I watched plenty of movies this year, but I didn’t see all of them. If there’s a movie missing from this list (or just something about movies in 2014 that you loved), don’t hesitate to share in the comments! 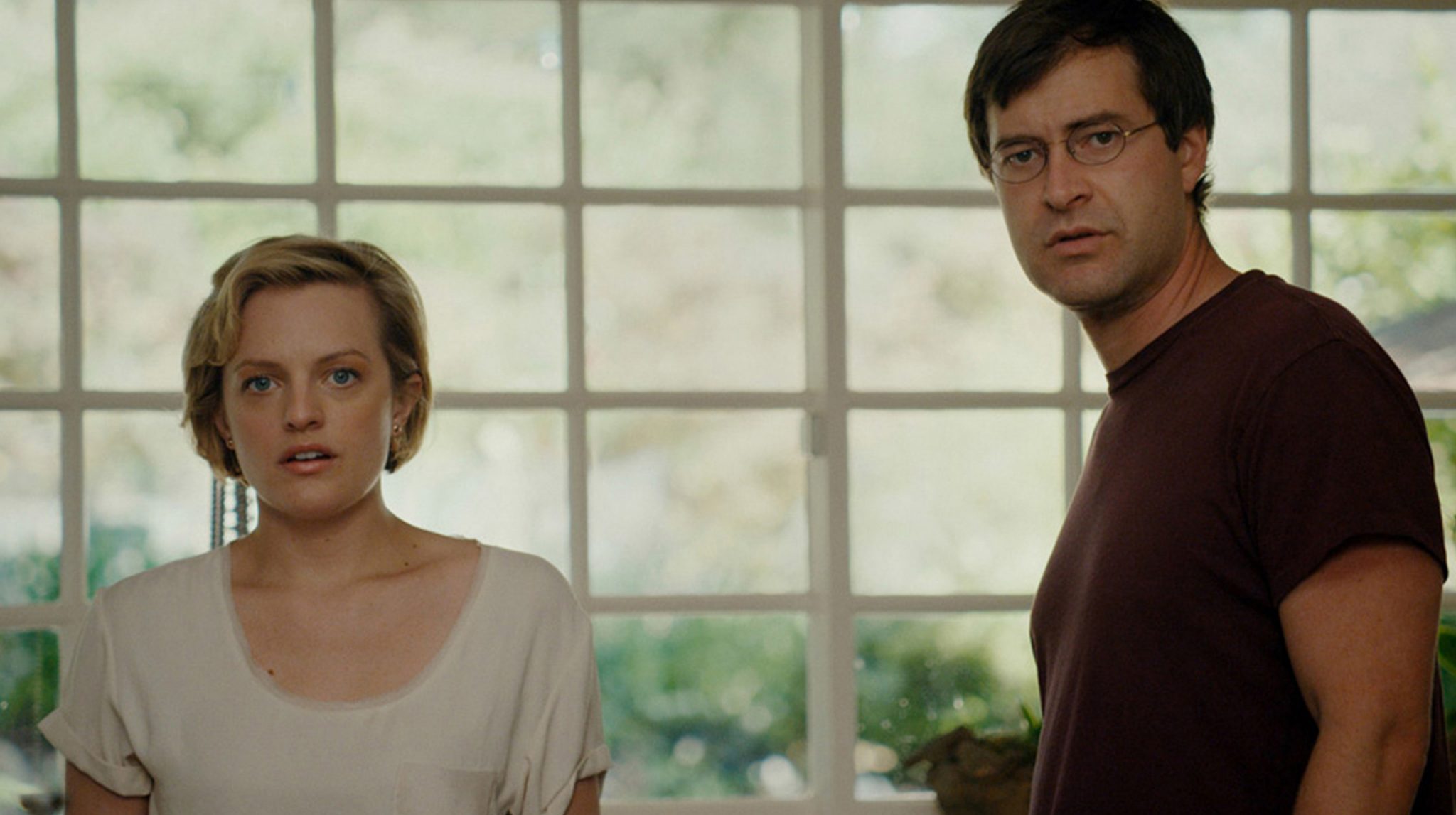 Mad Men‘s Elizabeth Moss was in a movie with The League’s Mark Duplass this year. But unless you regularly scroll through your Netflix queue (like I do), you probably missed The One I Love, which was one of 2014’s most inventive, and unsettling, films.

It’s hard to describe the movie without spoiling it, but I will say that it’s a dark romantic science fiction comedy (sorry for being so vague) centering around a couple trying to make their marriage work during a weekend getaway.

The movie wins this spot on my list (from Reese Witherspoon’s incredible performance in Wild) simply for being one of the few movies in recent memory to actually make me think critically about relationships and love. In a way that I probably never would have.

This one was 2014’s BEST romantic anything.

TWS wasn’t just an excellent sequel, it was one of Marvel’s strongest films period, even compared to The Avengers.

It was the perfect film to kick off what turned out to be a fun summer for movies, and it was the first case study of how Marvel can nail just about any genre with their capes. 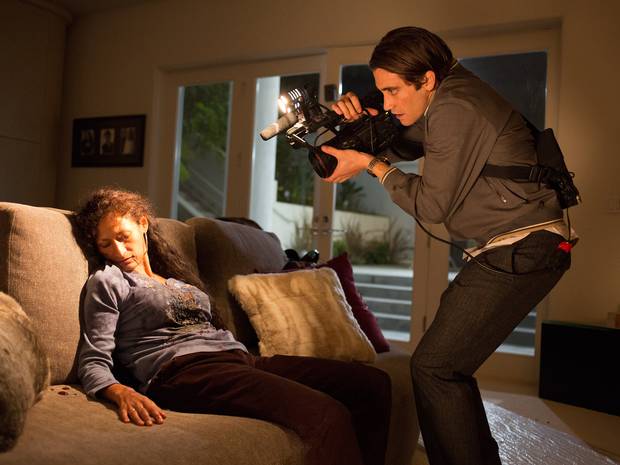 Imagine my surprise when this low-profile Jake Gyllenhaal movie about filming crime scenes in LA turned out to be one of the best films in Gyllenhaal’s already incredible career.

I still hold Lou Bloom as Gyllenhaal’s best role yet, and it was easily one of 2014’s most memorable characters. 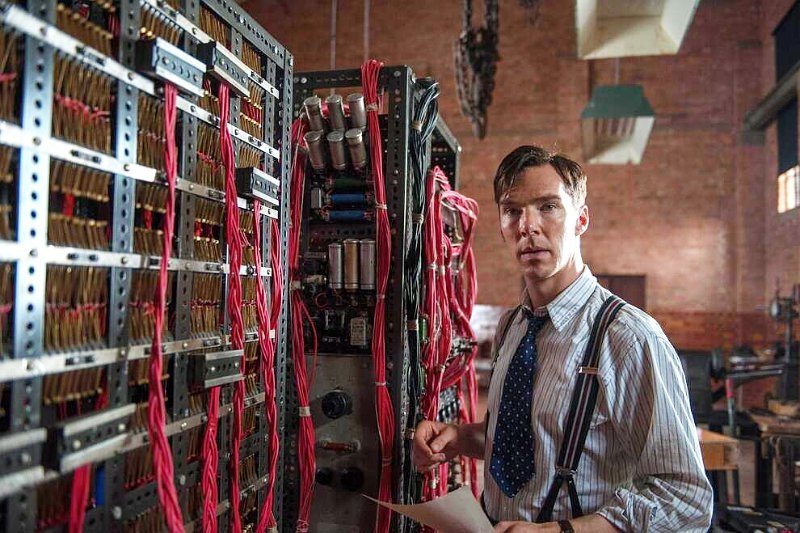 This isn’t a perfect movie by any means. I think Keira Knightley was miscasted (her final, excellent scene notwithstanding), and parts of the script dragged on. When the credits rolled, I didn’t feel like I knew enough about Alan Turing, though I think that’s the point.

Still, Benedict Cumberbatch did a fantastic job as the genius who invented the first computer, only to be shunned for his private life. The Imitation Game had the most teary ending of any of the movies on this list, and the end still gives me chills when I start to think about it.

Sorry Fury, this was the BEST WWII movie of the year (that I saw, anyway).

A post-apocalyptic science fiction movie about trains? Sheldon Cooper would be proud.

Easily the best sic-fi movie of the year (and there were tons of other great sci-fi movies this year), and I’m really shocked that Chris Evans managed to be in two movies on this list. Never thought I’d see the day circa 2007.

Snowpiercer brings back the overused post-apocalyptic premise that audiences declared “stale” back in, I don’t know, 2012, I guess. It also recycles the familiar rich vs. poor/revolution message that sci-fi has been throwing at us since before my parents watched movies.

Despite this, Snowpiercer was almost impossible not to like. The action, cinematography, and overall tension of watching abused survivors fight their way up the last train on Earth is one of the best ways you can spend a weekend.

#5 Guardians of the Galaxy 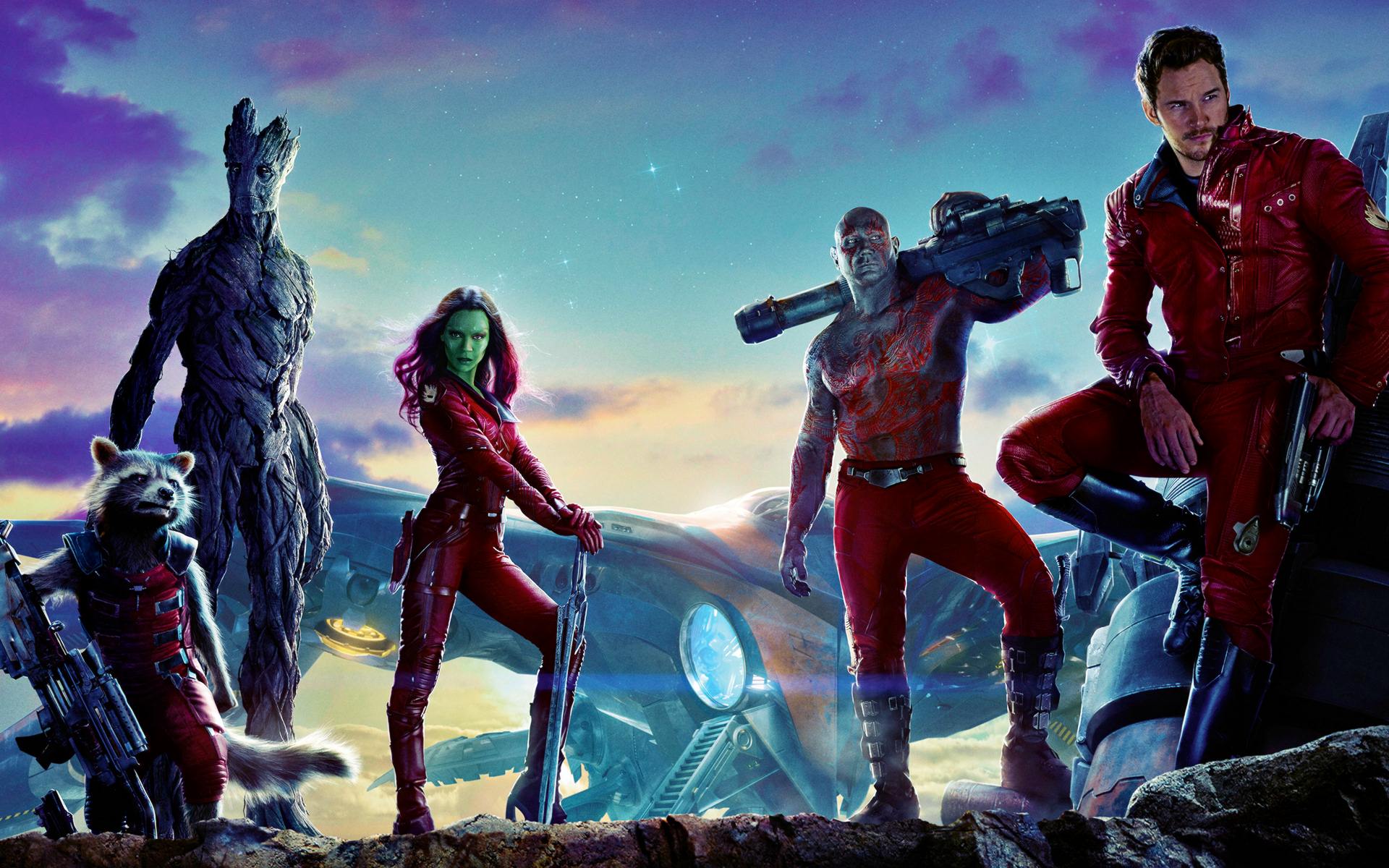 If Captain America made superhero movies cool again, then Guardians of the Galaxy is the movie that made space operas cool again. And I can’t think of a better way for Disney to tell us a year early that they can handle Star Wars.

This was one of the biggest movies of the year (the biggest in the U.S. for sure), and for good reason. It was funny, the characters were lovable, and the action was on-point.

BEST soundtrack, by the way. 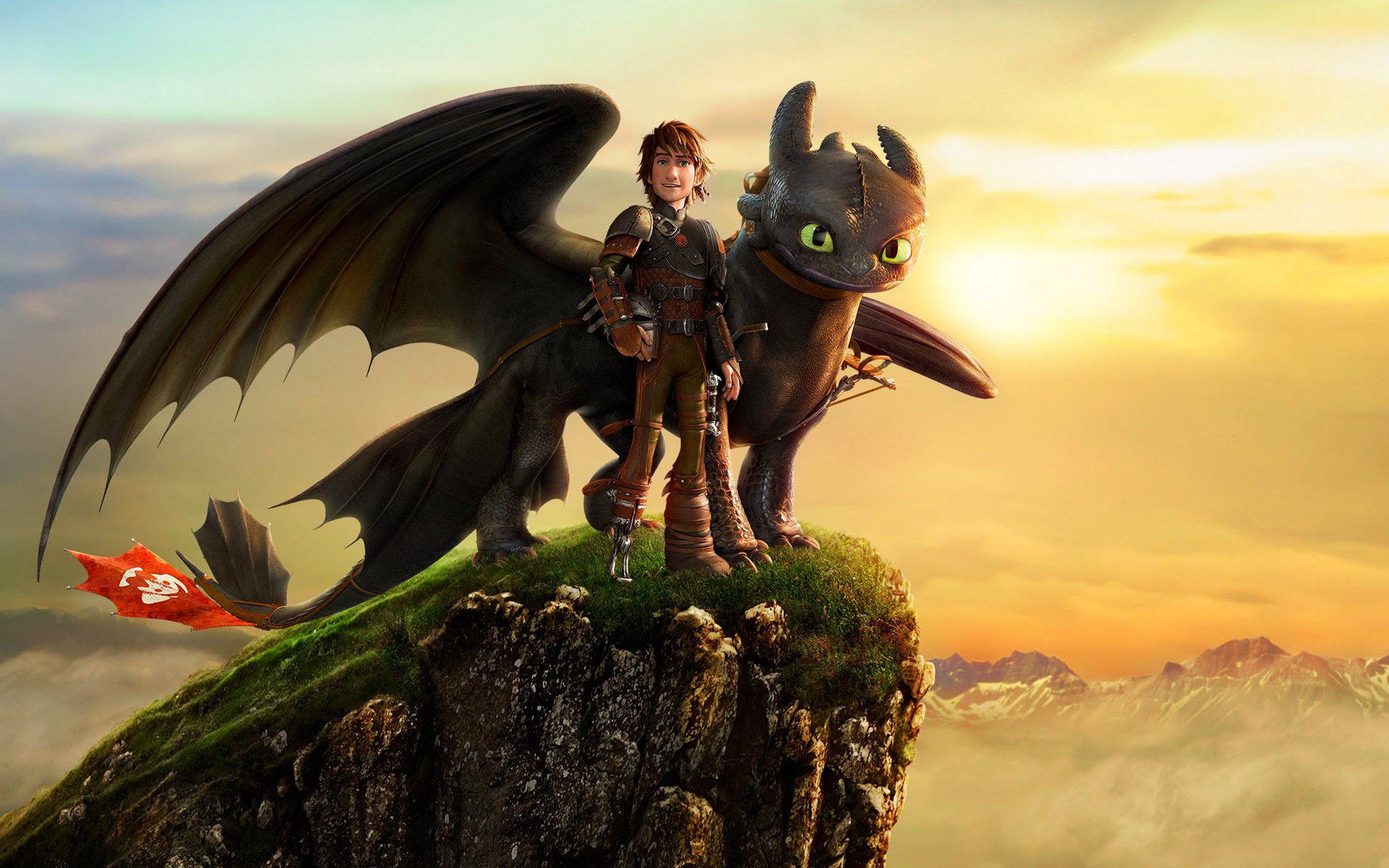 The subtitle for this movie should really be: Don’t worry Pixar fans! We’ll make a great animated movie for you while you wait for the next Pixar movie in 2015!

This was my favorite animated movie of the year (sorry Big Hero 6. You were a lot of fun, but DRAGONS), and I would even say it’s neck and neck with Captain America for the year’s best sequel. 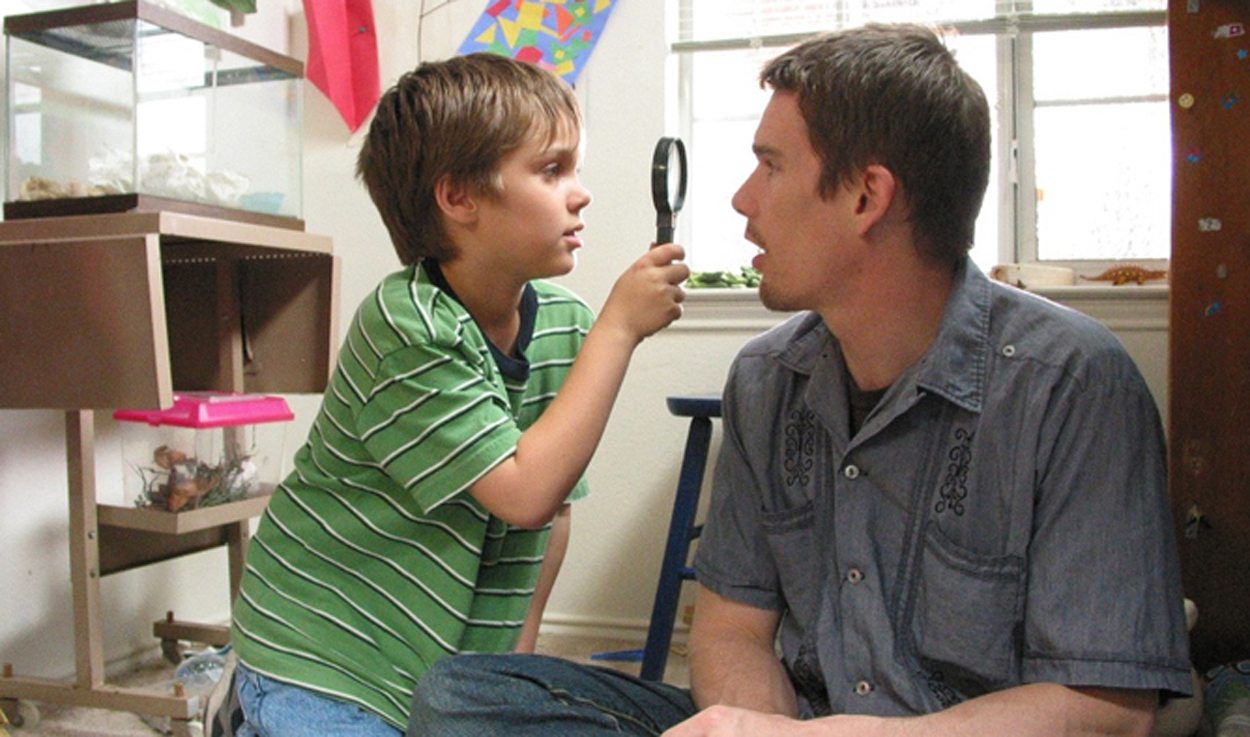 I watched Boyhood on a plane to Florida recently, and I noticed two important things about the movie: it’s my childhood, but in movie format — I couldn’t stop watching.

A lot of people give Boyhood flack for being a bit of a “gimmick” movie. Its main selling point is that it’s one of the most ambitious films of all time, in that it filmed the same boy (and other actors) for over 12 years. We literally watch him grow up onscreen.

But honestly, that’s not what makes the movie great. Strangely, the movie’s lack of narrative worked for me, and I normally hate mosaics (think Tree of Life or anything else by Terrence Malick). In a way, the boy’s life is the story, which made me connect with Boyhood in a way I don’t think I’ve ever connected with a fictional character.

Like Boyhood, I couldn’t tear my eyes away from the screen as I watched the movie where even the twists have twists.

Gone Girl is filet mignon. It’s a movie that just gets everything right and cooks it perfectly. The pacing, acting, story, dialogue, and even Ben Affleck are executed brilliantly in this creepy thriller about a man whose wife goes missing. 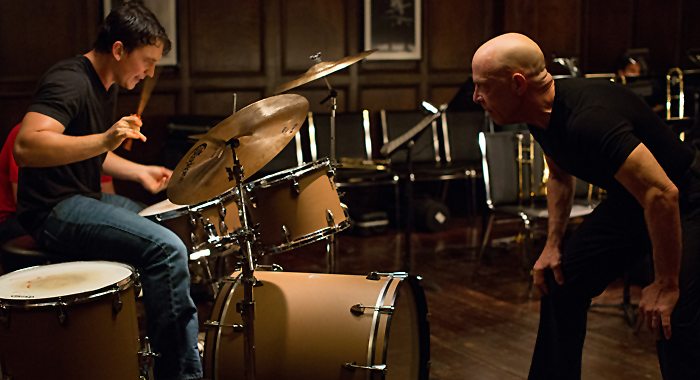 It’s tragic that this movie hasn’t reached a broader audience yet, but I’m really hoping it will as we enter the new year. Featuring Miles Teller (the future Mr. Fantastic) and J.K. Simmons (J. Jonah Jameson and TENZIN), Whiplash is the chaotic tale of how obsession separates ordinary people from legends.

But the real draw of the movie was watching Simmons play the brutal Jazz instructor, Fletcher. His character was the most memorable villain of 2014, I think, and his terrorizing teaching tactics were a real thrill to watch.

And of course, if you’ve seen the movie already, you know that it has the BEST ending of 2014.

But these aren’t the only movies that made 2014 such a great year for movies. Here are some other standouts:

BEST Prequel: Dawn of the Planet of the Apes

BEST Action: The Edge of Tomorrow

BEST Use of Michael Fassbender: Frank