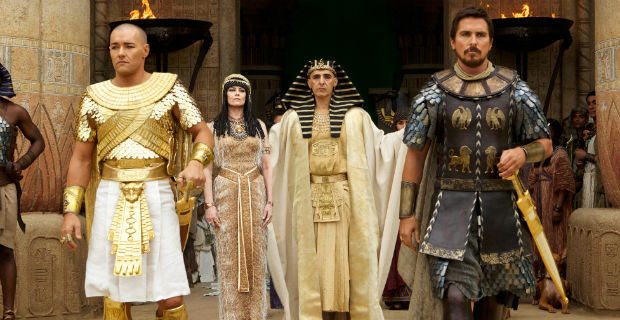 The head of the censorship board said these included the film’s depiction of Jews as having built the Pyramids (the Pyramids are believed to have been built about 1,000 years before the story of the Exodus), and that an earthquake, not a miracle by Moses, caused the Red Sea to part.

There have also been reports that the film is banned in Morocco.

I’m honestly worried that this is just a ploy to generate interest in a failing movie, akin to how the Sony hack ended up being “good” for The Interview (at least in terms of popularity).

I know it’s a baseless theory, but some things about this whole thing don’t add up. It seems strange that the movie would be banned outright like this, despite some inconsistencies that are frankly not that big of a deal.

And the timing is suspicious too. Exodus has been out for a few weeks now, and it’s not doing well. The film has only gone on to collect about $100 million worldwide, which isn’t close to the production budget alone. Once you add marketing expenses, Exodus is in big trouble of flopping.

I’m currently researching to find out if there’s a precedent for this in Egypt and Morocco. Is it normal for them to ban an inaccurate adaptation of a true story? That’s what I want to find out ASAP.

8 thoughts on “Is Egypt Banning ‘Exodus’ To Make It More Popular?”