And that’s saying something.

Let me preface this by saying that I was absolutely in love with the idea of a new Annie movie for this new generation. I was also glad that they were willing to take creative risks with the story, characters, and even original music.

Ironically, none of that is what makes the film the worst Annie movie of all time, as well as one of the worst movies I’ve seen in years. 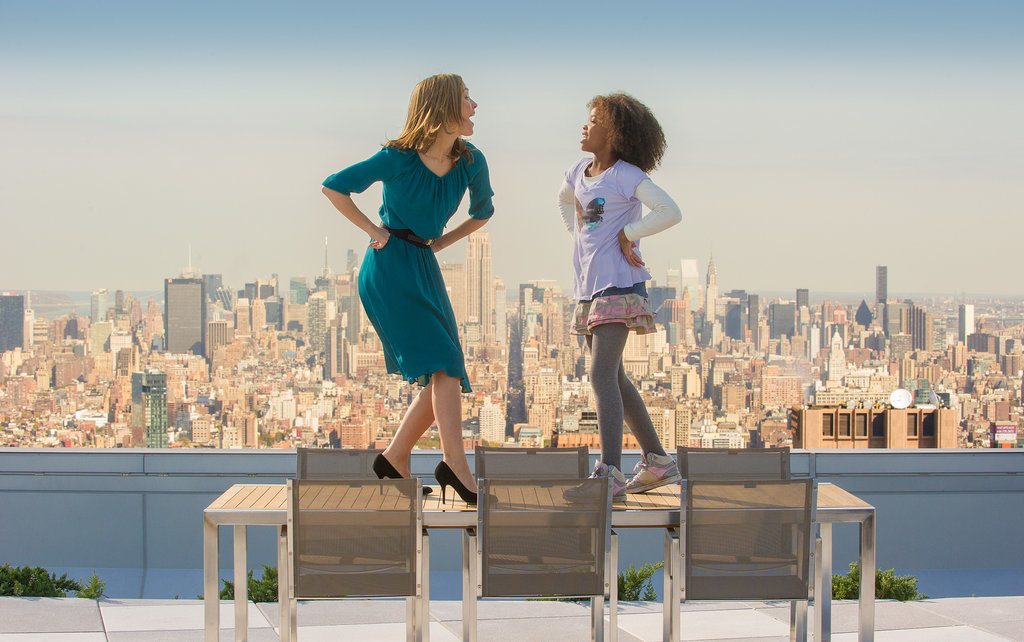 That said, the new story is inventive and even gutsy. I actually bought that it was “Annie” for the modern day. It was a little jarring to be taken out of the 1930s, but I stuck with it.

No, what brings this film down is the fact that someone decided to release a post-2005 Disney Channel Original Movie into theaters, masquerading as a tribute to one of the most celebrated stories of the 20th Century.

I’ll state outright that anyone who even remotely dislikes the post-High School Musical Disney Channel will be disgusted by this movie. For them (and me), it’s unwatchable. 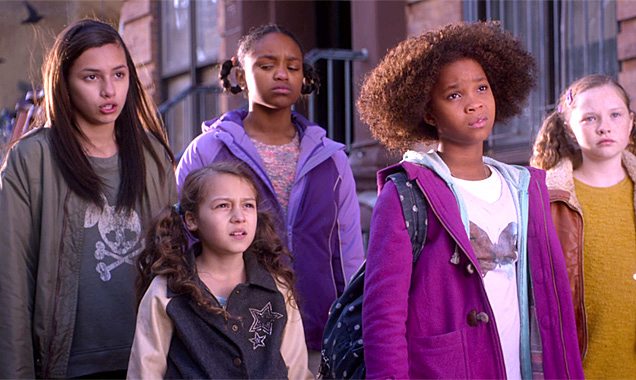 And even if the Disney Channel is your thing, I suspect you’ll still be put off by various other gaping missteps this movie takes, from countless  plotholes to unwittingly preachy left-wing messaging that felt incredibly out-of-place.

The major sins of Annie (and trust me, I hate to even call the movie Annie) include some of the things a movie based on a major broadway play should make priority #1. The first is the sound recording. None of the characters even look like they’re actually singing, and the recordings are so “polished,” there isn’t an ounce of immersion. 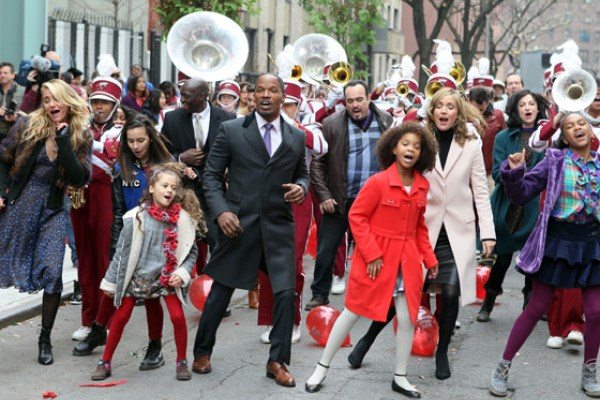 The closest the film came to decent choreography and sound was during “It’s a Hard-Knock Life,” but that was only thanks to the fact that you couldn’t really see the characters anyway. And other classic numbers are so poorly done, you’ll wonder why they even included music in this movie at all.

Jamie Foxx does what he can with this script, along with Rose Byrne and Quvenzhane Wallis as Annie herself. Strangely, these three main characters deliver fine performances, and it was their chemistry that made the trailers seem promising.

But the acting falls apart nearly everywhere else. Cameron Diaz is clearly phoning it in as the persistently drunk Ms. Hannigan, and her overacting makes me think she was actually wasted on set. 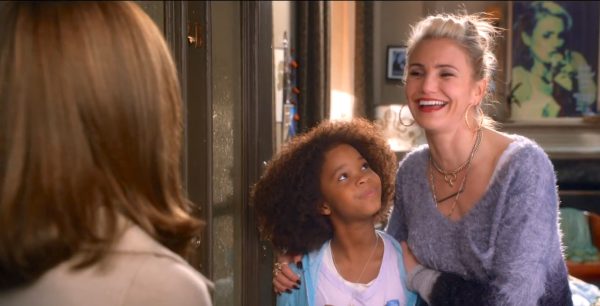 And the children from the orphanage couldn’t deliver a single believable line, despite the fact that countless other young (and competent) actors would be chomping at the bit for a role in Annie. Where were they during auditions?

None of the humor worked for me (yes, they save the few funny lines for the trailer), and as I mentioned earlier, the plot holes are too huge to ignore, no matter how old you are.

SPOILER WARNING (though, it’s related to pretty much every other Annie plot): 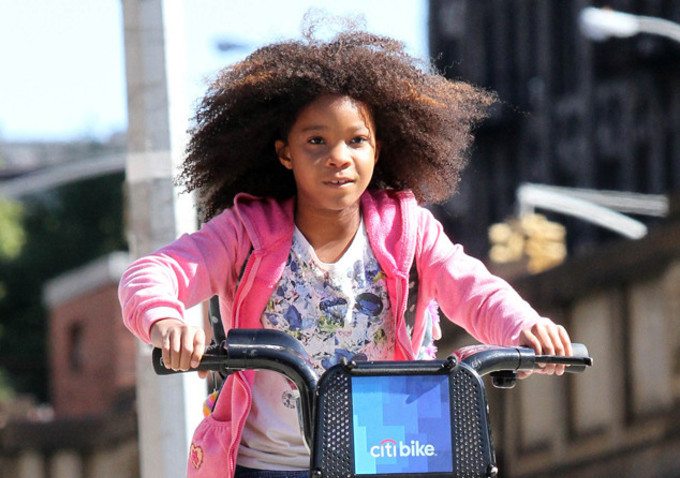 One of the biggest plot holes of the movie left me with my jaw so wide, I couldn’t write this without pointing it out. Toward the end of the movie, Annie gets kidnapped by two people claiming to be her parents.

We clearly see her leave her room with her phone on her, but when she’s later locked in the car with her kidnappers, she doesn’t use the phone to call for help. We just don’t see the phone at all (the phones in this movie, by the way, look bizarre to the point where I feel compelled to bring up how strange they look).

Now Jamie Foxx plays the CEO of a cell phone company, and we find out early in the movie (by the chauffeur of all people) that the company spies on everyone. You know, like Bruce Wayne in The Dark Knight. 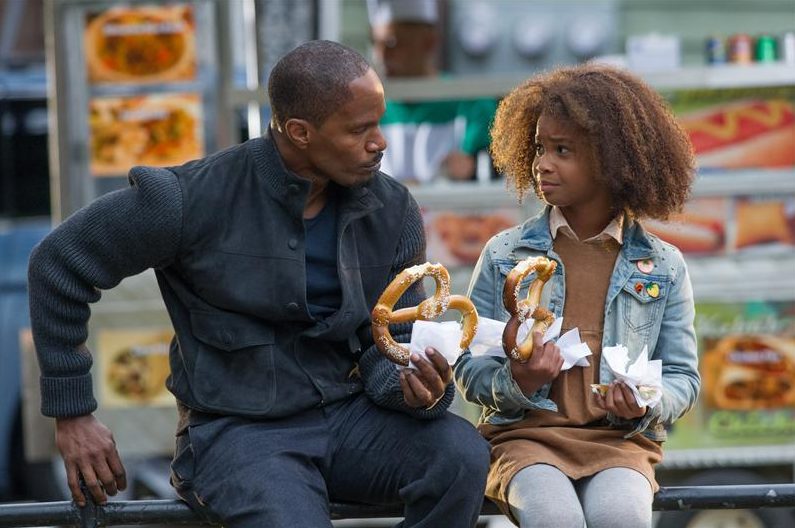 But when they try to use this technology to find Annie, they just give up and decide to use recent pictures of her posted on Instagram and Twitter.

Guys, can I just say that I am sick and tired of these movies made by people who try way too hard to incorporate modern technological phenomenon in their movies. It’s to the point where “going viral” is the plot device of almost every single movie since The Social Network, including objectively good movies like Birdman.

Another gaping plot hole is that the kids in Annie’s orphanage know that Ms. Hannigan is auditioning people to pretend to be Annie’s parents. We see them admitting people into the orphanage for tryouts as they practice their lines. These are Annie’s closest friends, and they don’t say a word to anyone about it. 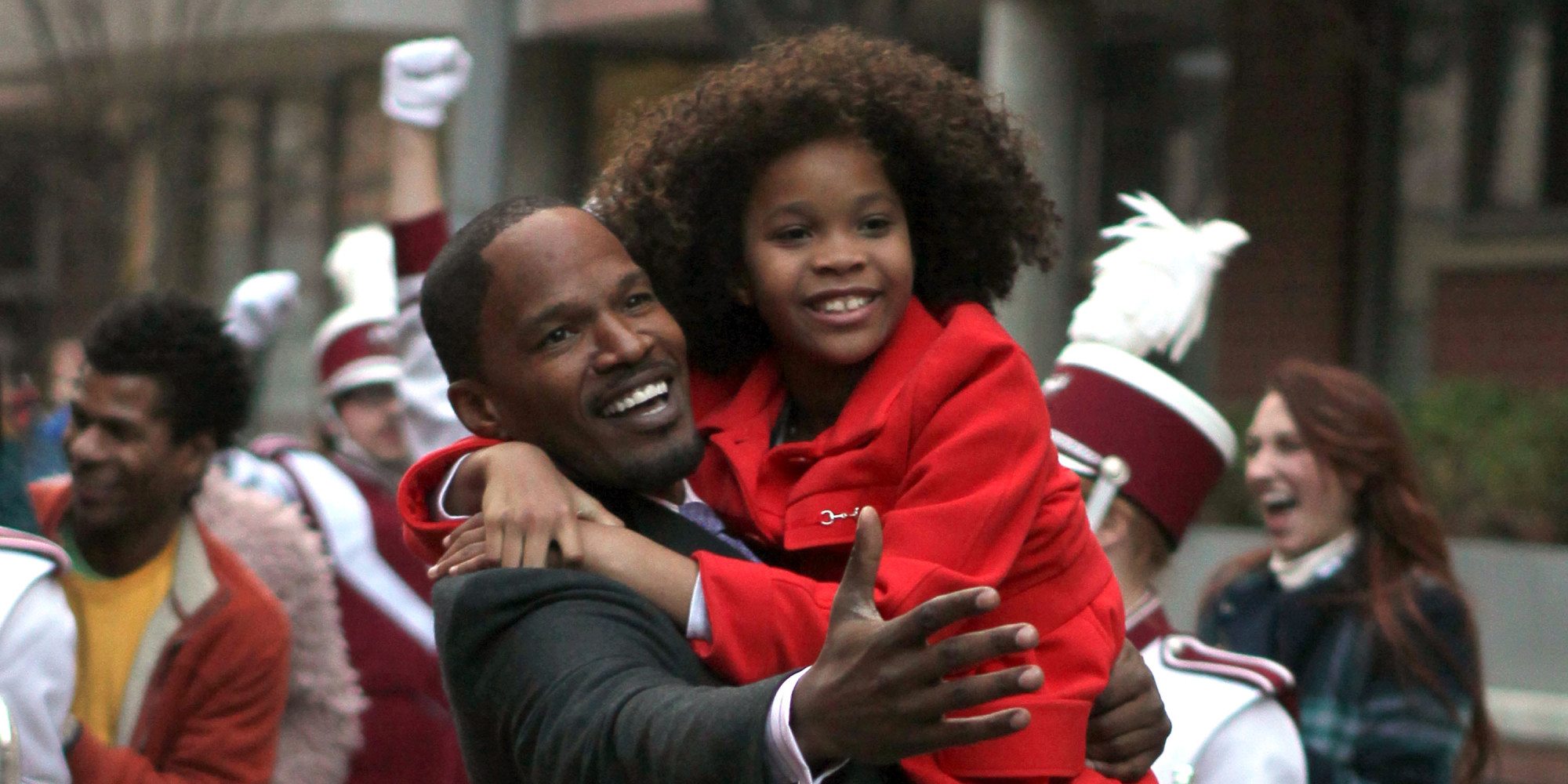 I could go on, but I think you get my point. It’s very rare that a movie infuriates me to this level. I can shrug off a bad movie. They happen. But when you mess with a legacy like Annie, which has legions of fans of all ages, and ruin it for an entire generation, you do something cinematically unforgivable.

This is saying something, but Annie (2014) is so terrible, I’m actually glad that it strays so much from the original Annie. At least this way, fewer people will confuse the two.

My advice? You’re better off watching the TV movie version from 1999.

56 thoughts on “Review ‘Annie’ Is the Worst Movie I’ve Seen All Year.”