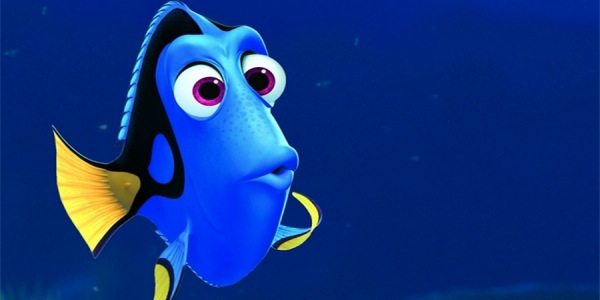 In the last few days, Pixar has come out with a wealth of new details surrounding two of its most-anticipated films: Finding Dory and Inside Out. I’ve compiled some of the new things we’ve learned below!

Finding Dory: Turns out Dory (Ellen DeGeneres) was born and raised at the Marine Biology Institute of California. She was released into the ocean at a young age, and this Finding Nemo sequel will be about the forgetful fish trying to reunite with her long-lost parents, Charlie and Jenny (Eugene Levy and Diane Keaton).

Modern Family‘s Ty Burrell will also be lending his voice talents as a beluga whale named Bailey, and Marlin (Albert Brooks) will be returning as well.

Honestly, I can’t wait to see all of the new fish they’re drawing for us at this aquarium. 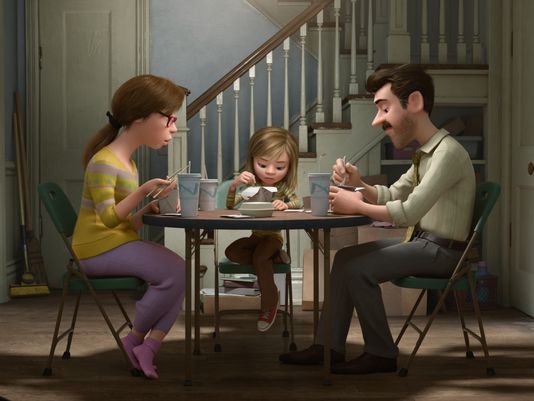 Inside Out: The details are a little heavier here since Inside Out is coming out sooner. The big news is that we’ll get to go inside the minds of Riley’s parents (voiced by Kyle McLachlan and Diane Lane). Of course, we know already that most of the movie centers around 11-year-old Riley and the emotions personified inside her head.

But according to writer-director Pete Docter, Riley’s parents will also be a major focus (not too surprising for a Pixar movie). As Docter puts it:

“I started out doing a film about growing up, but it turned out it’s a film about me watching my kids grow up. These parents are realizing that their kid is changing. That’s difficult. But it is a part of life.”

We also learn that the job Riley’s dad is taking in San Francisco is for a start-up company (another not-so-surprising surprise). And Riley’s mother is the supportive “Aunt Cass” of the family who tries to make the best of their big move from the Midwest. According to Docter, the role of the parents is to help grind the story in reality, which is helpful considering the fantastical nature of the rest of Inside Out‘s cast.

“These guys are the pillars on both sides. They are pivotal parts, knowing how joyful this kid Riley used to be and the young woman she’s changing into.”

And of course, Inside Out will take us inside the heads of the parents. Riley’s mustachioed dad has a fittingly militaristic “Headquarters” inside his head, filled with likewise mustachioed emotions. Her mom’s Headquarters looks like something out of The View.

A lot of Docter’s comments actually inform a bulk of the narrative we’re likely to see. As he puts it:

“We’re intercutting to show what’s going on inside each of their heads behind the scenes. What seems like a simple family dinner is actually fraught with all sorts of emotional angst and drama.”

So while Riley’s emotions go haywire, we can probably expect some fantastic set pieces to come out of a usually normal dinner, and Inside Out is clearly going for the coming-of-age theme that Pixar Animation has a certain mastery of.

We’ll find out more as July approaches. As for how this fits into the Pixar Theory, we’ll just have to wait and see. I’m not saying anything until I see the movie.