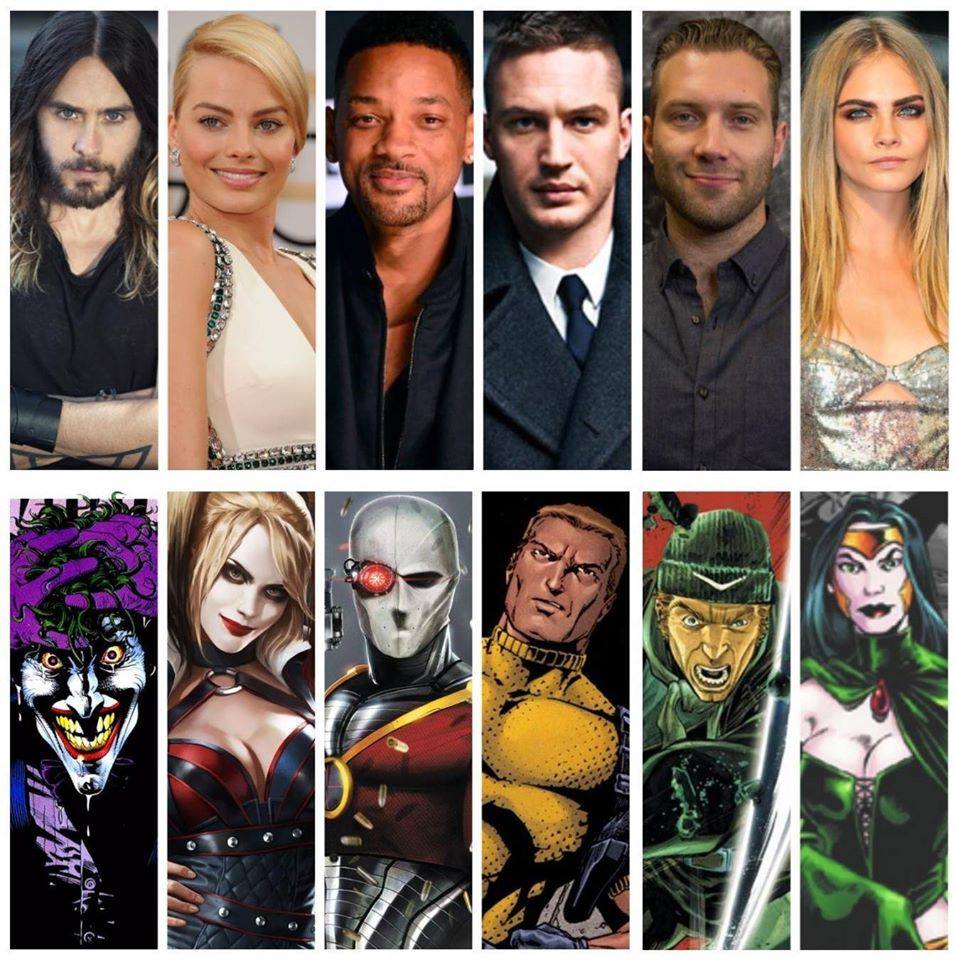 Also cast in the movie based on the DC Entertainment villains-forced-to-be-heroes are Jai Courtney and Cara Delevingne. Much of the castings have been previously reported, but the studio also confirmed which characters the actors will play.

Leto will take on the Joker, while Robbie will play Harley Quinn, his on-and-off girlfriend. Courtney will be Boomerang, while Delevingne, the model-turned-actress who is also in Warners’ Pan tentpole, will play Enchantress, a sorceress.

Is anyone else shocked that Will Smith’s superhero debut (Hancock notwithstanding) is not just as Deadshot, but in an ensemble role?

Tom Hardy pulling a Chris Evans and being TWO characters within the same universe?

Anyway, this movie could be really good. You know, as long as Jaden Smith stays plenty far away from it.