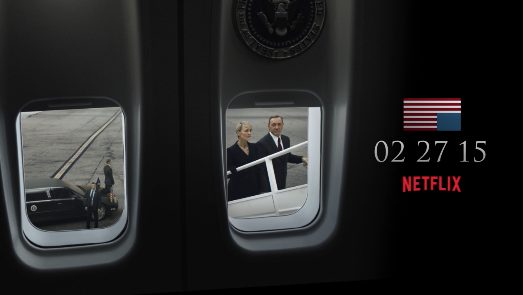 The 13-episode second season of House of Cards debuted this past Valentine’s Day, February 14th, and was reportedly finished by over half a million people in the first weekend — and by at least one person (me) in the first 12 hours.

The Season 3 release date announcement was made by the House of Cards official Twitter account, which teased a perfectly chilling video of the “First Couple” entering Air Force One.

Now we just have to come up with something to fill the time until February 27th. I’ll mostly be wondering how they’ll manage to match the near-perfect first episode of Season 2, which featured my personal favorite twist of the entire series thus far.