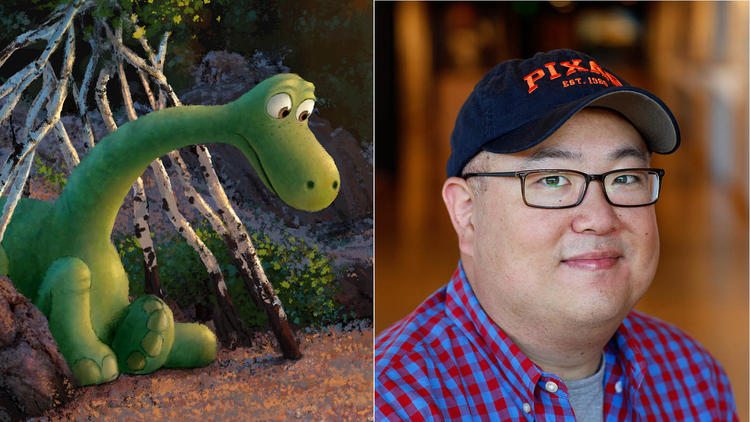 “The heart of the story remains the same,” Sohn said, in an interview last week. “It’s always been about this young dinosaur growing up. But the world itself has changed a lot. Nature has become a character.”

…the film still posits that an asteroid never hit the Earth and the dinosaurs never went extinct; a teenage Apatosaurus named Arlo takes a wild, young human boy named Spot as a pet.

This is a wonderful piece by the LA Times that details the transition this film has gone through, both in terms of leadership and creative vision.

Bob Peterson exited The Good Dinosaur as its director, due to conflicts with the story. He’s been quietly replaced by Peter Sohn, an inexperienced director who got the job thanks to a gutsy presentation of a new take on the movie (which he did with storyboards last summer).

Peterson’s moved on to helping write Inside Out and Finding Dory, so we’ll still see some of his finesse in coming years. And from what we’re slowly learning about The Good Dinosaur in terms of story and visual treatment, I’m happily excited as we get closer to next November.

Though I have to admit the whole “brute takes on a human pet” thing sounds a little too Monsters Inc.