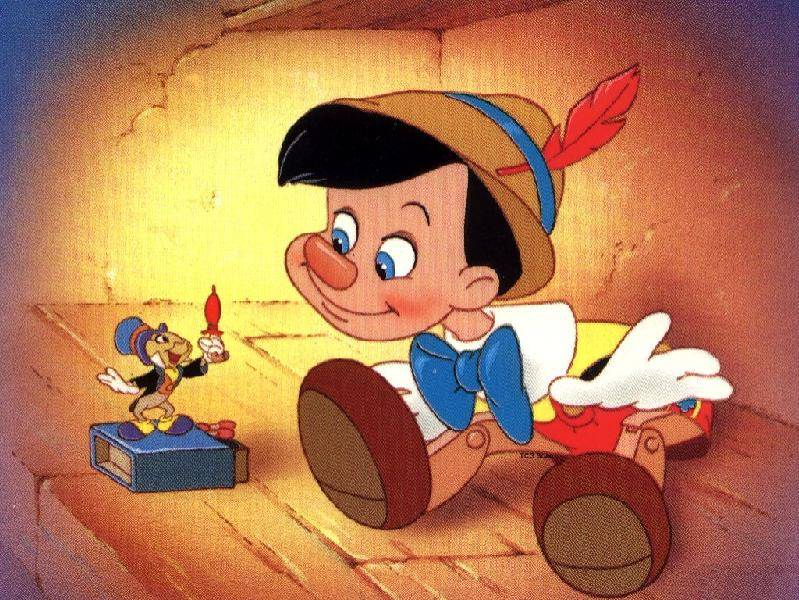 Genevieve Koski | How Pinocchio set the standard for feature animation

Most of the elements and techniques Disney used in Pinocchio weren’t completely new—Disney regularly used its short films as proving grounds for things like the multiplane camera—but they were untested at Pinocchio’s level. And that represents perhaps the film’s greatest achievement: unprecedented artistic ambition. From the macro level—making major alterations on the story and character levels—to the micro—spending a full year animating water droplets—the production of Pinocchio represents a calculated risk that established Disney Feature Animation as an artistic force as well as a commercial one. Snow White set the records, but Pinocchio set the standard.

That last line is referring to the fact that Pinocchio was a major financial flop for Disney, earning only about half of what it cost to make.

But as the article states, Pinocchio was incredibly important for the world of animation. It took risks no one even knew existed yet, and we’re still gaining from those benefits today (especially if you’re an animator). It makes me wonder which “flops” from our generation will go on to be revered and inspired classics.

Also, you may have noticed that this is the “Movie of the Week” on The Dissolve. Basically, they pick a movie every week for readers to watch and discuss, which is what you read above. I’m happy to share from their excellent site, and I encourage you to check it out.

6 thoughts on “Movie of the Week: ‘Pinocchio’ Was More Groundbreaking Than It Was Successful”