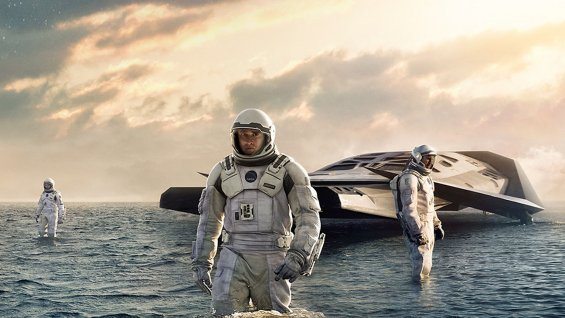 Is Interstellar worth watching?

Yes, but manage your expectations.

I watched the film in its best format — 70mm IMAX on one of the biggest screens in the country. I couldn’t have been any closer to the content.

It’s a spectacle of a movie. It uses a lot of flair and constrained visual effects to justify its ridiculously long runtime. And it’s best feature is the emotional story that evolves between Cooper (Matthew McConaughey) and his daughter Murphy (played by Jessica Chastain as an adult).

But the fantastic performances and literally epic world-building is undercut by the science of it all. The ultimate story. It doesn’t wrap up as nicely as it ought to, as the final act tries to be a deserved payoff, but for me it felt confusing and underwhelming.

But it’s still a blast of a movie, and among Nolan’s most ambitious. It’s just not his best.

The trick with Nolan is that he’s often misunderstood as more of a thinking filmmaker than he really is. The director excels most at spectacle that is raised by high concepts, so it’s easy to expect a little too much out of his offerings. 2001, this isn’t.

In other words, he’s very serious, but you shouldn’t take him too seriously. Here, he scatters his near-future world with interesting locations, a race against time, and deep familial relationships, but the only matter truly at the center here is the latter. Otherwise, it’s a lot of exposition carried on by mostly relaxed scientists placed in a hopeless situation. Interstellar gets much of this drama right, but it comes sparsely within the meat of the movie’s middle.

By the end, the power and mystery of love get a little too much attention, as the film trades its interesting themes of man versus nature for a strange admission that both are one in the same. For most moviegoers, this message won’t resonate. But perhaps they’ll be too enthralled by the gorgeous vistas and raw human emotions that are also in play.

Interstellar speaks a lot of sacrifice, both unseen and through our main character, Cooper. Strangely, a lot of the sacrifice he undergoes is written out of the story in favor of a convenient resolution. That said, Nolan shouldn’t be faulted for putting so much effort into injecting spirituality into a film void of hardly anything else.

If the tide continues to turn in favor of Christopher Nolan being one of our most overrated filmmakers, then Interstellar will likely be one of the jewels of that argument. Strangely, it’s probably Nolan’s boldest work.