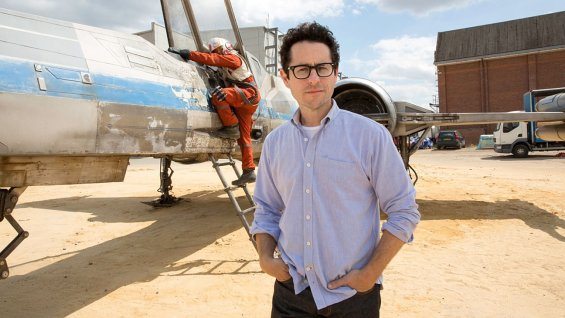 The Star Wars: Episode VII team descended upon London’s Science Museum en masse Saturday night for a huge celebration many have speculated could be the film’s wrap party.

J.J. Abrams, Mark Hamill, Harrison Ford, Carrie Fisher, Daisy Ridley, Andy Serkis and John Boyega were all in attendance, with Boyega posting several images and videos onto Instagram of him with his co-stars. One showed him dancing to Stevie Wonder‘s Superstition with Ridley, while another saw him next to R2-D2, captioned “home time buddy.” Regular Abrams collaborator Simon Pegg was also at the event, leading to further rumors that the actor-director could have landed himself a part in the film.

This movie is going to be huge. Like Titanic huge.

Not sure how I feel about Simon Pegg’s possible involvement, though. If that’s the case, it’s certainly a sign of J.J. Abrams’ growing talent harem.