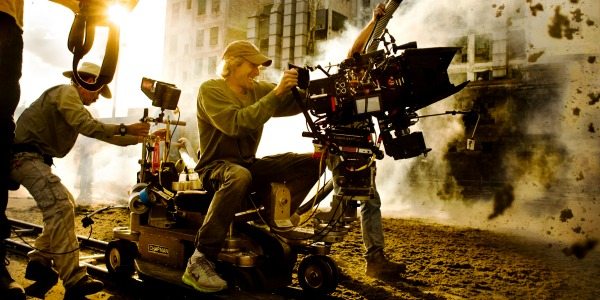 Variety reports that Bay is in preliminary discussions to direct Paramount’s 13 Hours. Based on actual events, the story recounts the attack on the U.S. Special Mission Compound and a nearby CIA Annex in Benghazi, Libya, on the 11th anniversary of Sept. 11.

While Transformers: Age of Extinction has banked more than $1 billion worldwide, the 49-year-old director recently announced that he wanted to pursue other projects.

“I have a lot of stories to tell,” Bay said. “And it’s about flexing new muscles.”

I wouldn’t get your hopes up. He said the same thing about doing a fourth Transformers movie, but that happened anyway.

And I’m sure he’ll handle Benghazi with about as much grace as you’d expect.

As for the future of the Transformers franchise, fans have little to worry about. At this point, the formula has been pretty much nailed down, so any director who takes the reigns will find it easy to carry on what’s made the franchise such a consistent success at the box office.

It would take a franchise-killer director like  Shyamalan to mess this up.

7 thoughts on “Michael Bay Will Not Return For Next Transformers Film.”