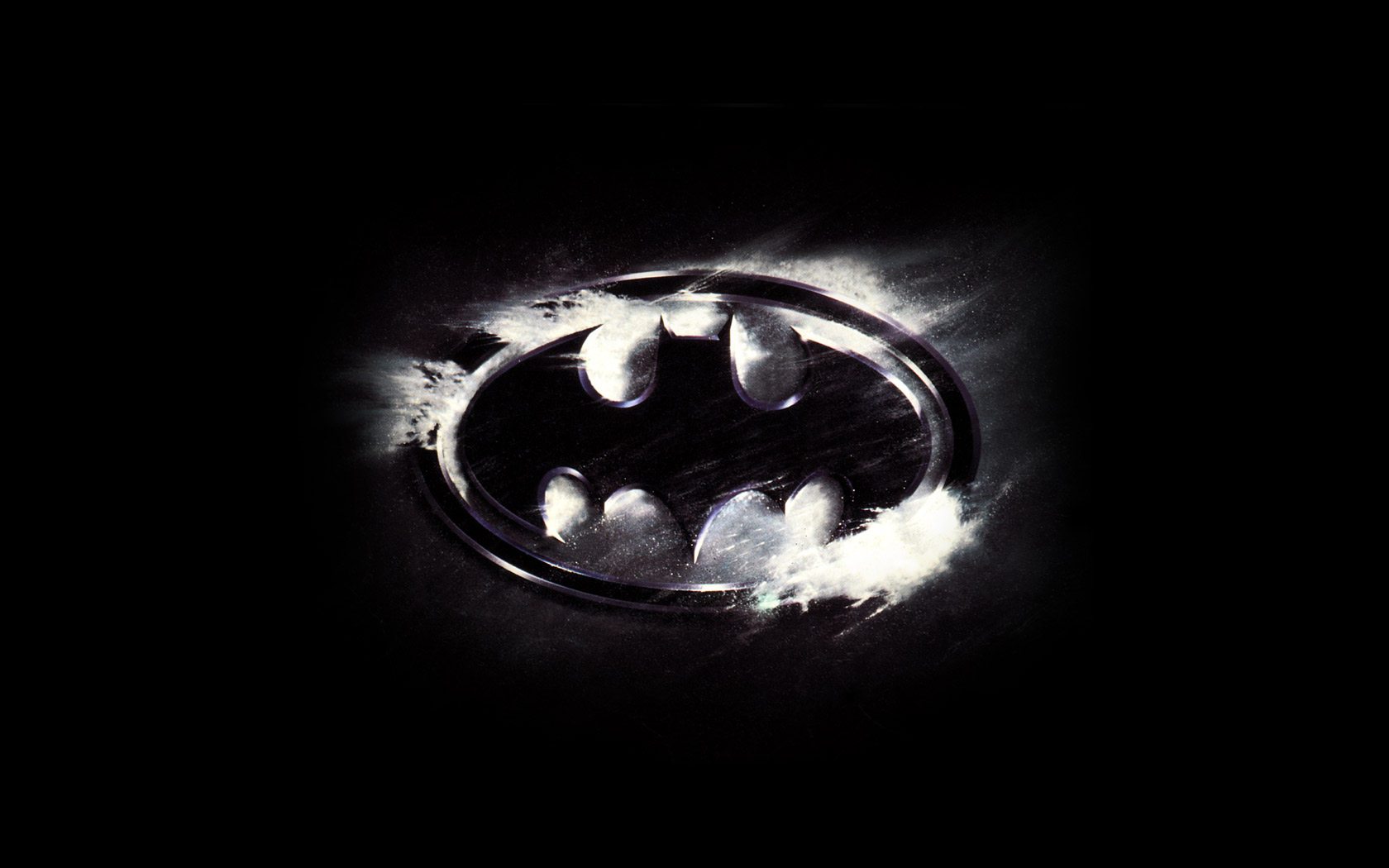 Who is the real Batman?

Is it Christian Bale? Ha, that’s a laugh (or a scream). 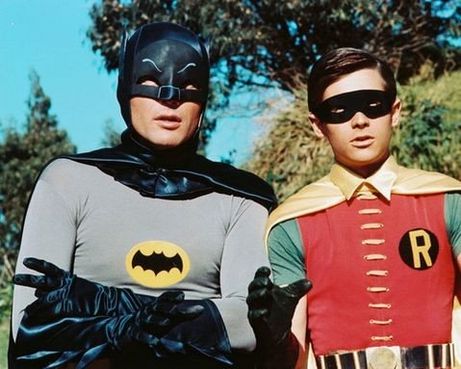 But what if the “real” Batman is Michael Keaton, who appeared in 1989’s Batman and 1992’s Batman Returns? Both of which are Tim Burton films, by the way.

The Batman Theory is that Michael Keaton’s version of Batman is the “original” Batman. And the subsequent movies featuring Val Kilmer and George Clooney in Batman Forever and Batman & Robin are simply movies about Batman taking place in Tim Burton’s version of Gotham. 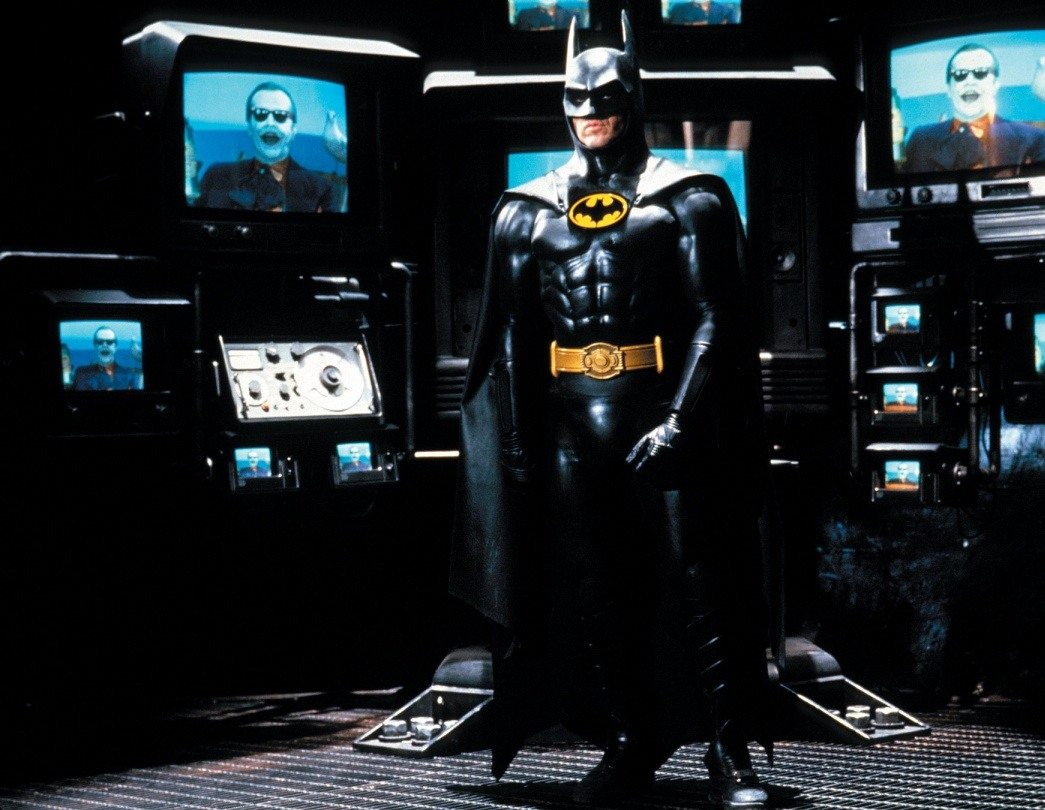 Now this isn’t my theory, to be clear. In fact, I’m having trouble pinpointing the originator of this theory, but here’s how I came across it. Cracked author Adam Wears recently highlighted this theory in an article. He cites a Redditor who brought it up in r/fantheories, though he claims it’s not his theory either.

Wears greatly expands the Redditor’s idea in the article, and I’m going to expand further. But here’s the basic rundown.

The Tim Burton movies starring Michael Keaton were the first “serious” Batman movies after years of the character being seen as a campy, comical superhero. Batman and Batman Returns are gritty and dark interpretations that haven’t really been mimicked since they came out (save for Fox’s Gotham, which delivers a spiritual prequel reminiscent of Burton’s vision). 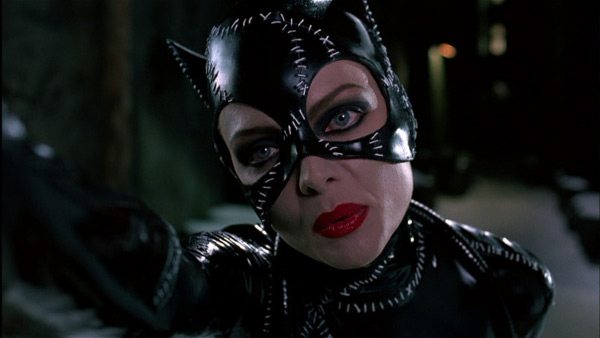 Now at the end of Batman Returns, Bruce Wayne believes Catwoman has run out of her nine lives, leading to her death. Though she was a villain initially, Bruce and Selina (Catwoman’s alter ego) developed a romantic relationship. Even though she (as Catwoman) plotted to kill Batman at one point.

At the end of the movie, Bruce believes she is dead, though we see she is still alive. Heartbroken, this would lead Bruce to “retiring” as Batman and confessing he is Batman to the rest of the world. Personally, I just think he died or was killed eventually. And from his remains, people figured out who he was. 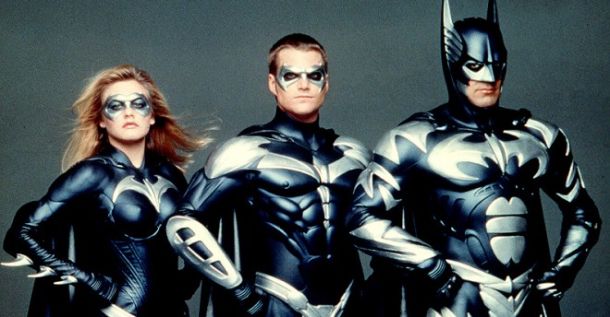 The theory is that someone would come along and make a movie out of his life, which would lead to the Joel Schumacher movies. These “movies” would be based on the Michael Keaton version of Batman.

This would explain why there is such a tonal and stylistic change between the two sets of films, and why there are different actors for Bruce Wayne in both movies (even though other actors like Chris O’Donnell stay the same, and Harvey Dent goes from being Billy Dee Williams to Tommy Lee Jones).

And of course, it explains why the Joel Schumacher movies suck…unless you were a kid when they came out. And why we should never regard them as canon ever again.

Wears brings up that these changes are apparent when you compare the screenshots of the Tim Burton movies against the Joel Schumacher ones. 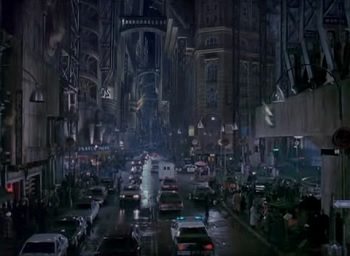 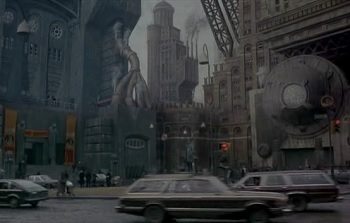 These screenshots capture a city that is very “industrial and gothic,” as Wears puts it. Contrast that with Batman Forever and Batman & Robin: 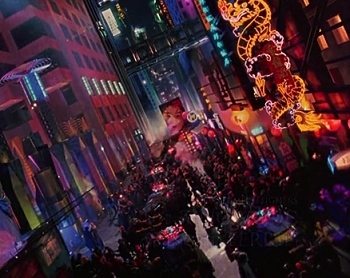 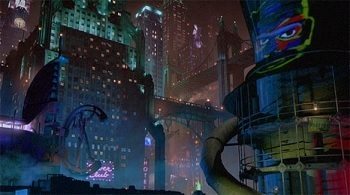 And of course these “re-imaginings” of Gotham are more vibrant and colorful. For a city that is so bankrupt morally and optimistically, it makes sense that they would have over-the-top movies that appeal to kids, showing off a lighter, campier version of Gotham.

But what of Alfred? Michael Gough plays Alfred in all four of these dang movies. Same goes for Pat Hingle playing Commissioner Gordon in all of them. 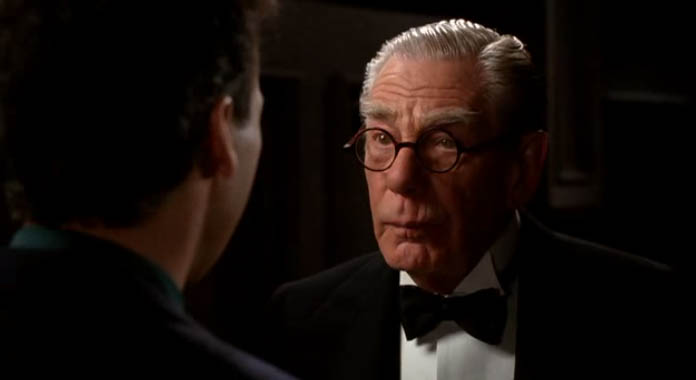 Are we really supposed to believe that these guys would play themselves in movies about Batman?

Well, sure. One thing we know about Gotham is that it’s the opposite of the land of opportunity. Not everyone has a Batman Credit Card, so if your one job was working for the Batman but he suddenly died, then what else are you going to do? (Oh yeah, this is why the retirement idea doesn’t work for me). 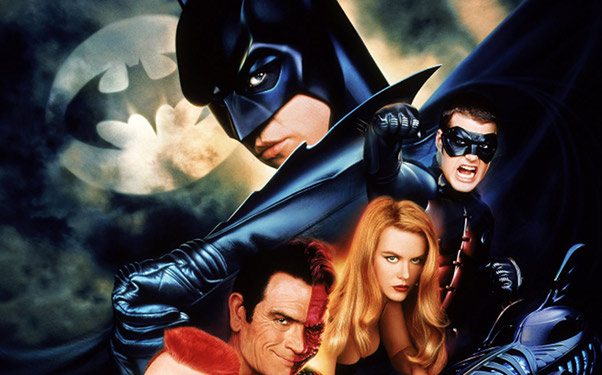 So Alfred would carry on the Batman legacy by helping produce these films, inspiring the children of Gotham that crime is bad. Same goes for Commissioner Gordon, the super cop who is not actually incompetent and should be seen as the hero of law enforcement.

After all, the news of their connection to Bruce Wayne would instantly elevate them to celebrity status. What would you do with that level of fame? Probably what other people do. Make movies.

Basically, the Joel Schumacher movies are propaganda that are used to carry on the effectiveness of the cowl beyond the grave. Of course, this is assuming Bruce Wayne/Michael Keaton would really be dead, when really, he’s probably just off with Catwoman (who’s also believed to be dead) in another country. Hey, what does that remind you of? 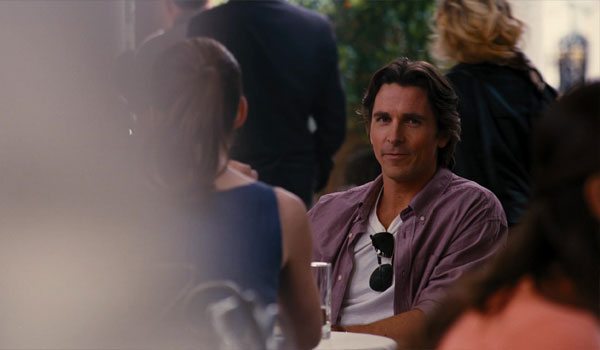 8 thoughts on “The Batman Theory Of Everything”