Long story short? There are a lot of comic book movie adaptations coming out in the next six years…

Graphic is below, and I’m wondering right now: how many is too many? Do you think we’ll be sick of these films by 2020? Or craving for more… 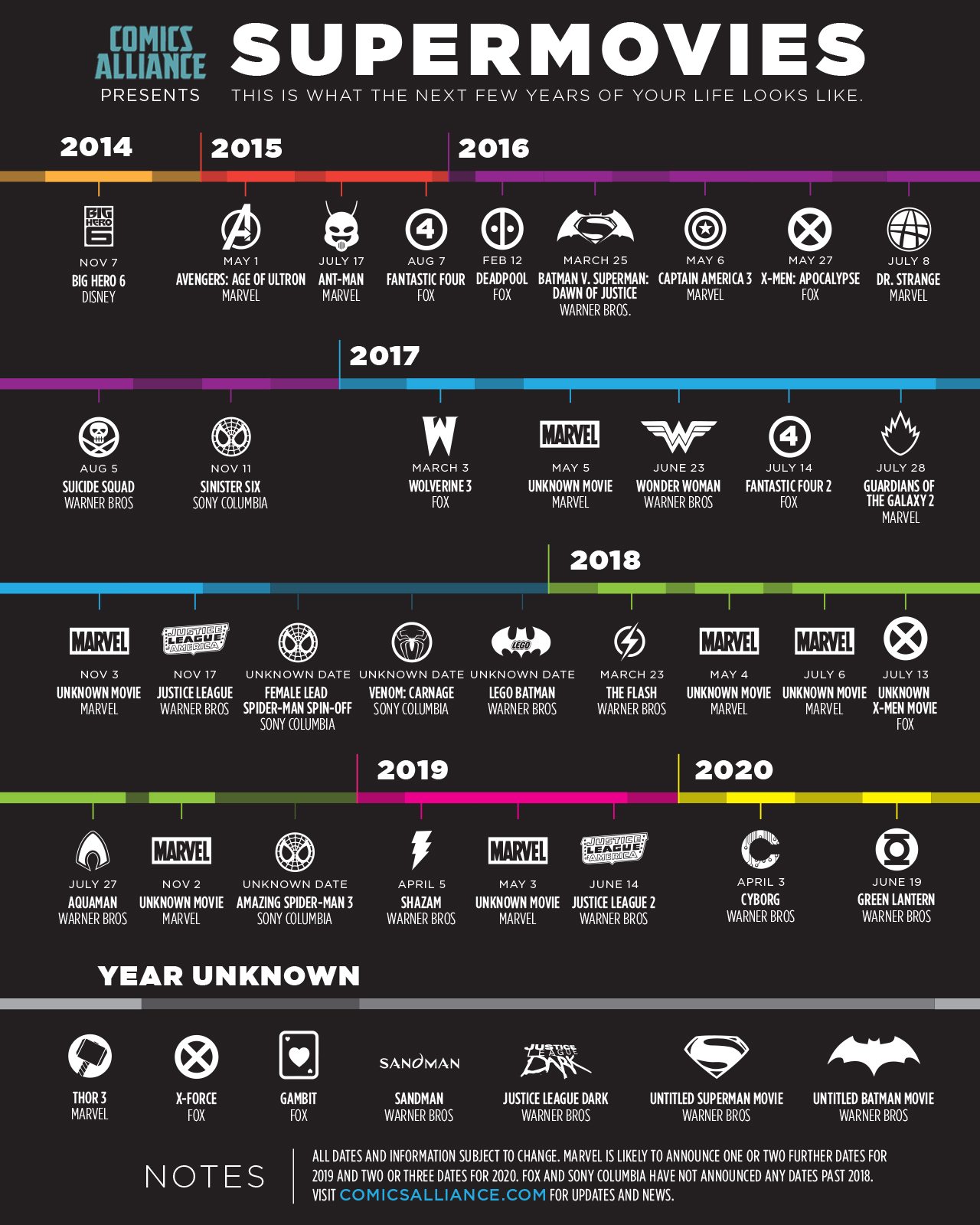 The info graphic comes to us courtesy of comicsalliance.com. And as you can see, they’ve pretty much covered every base you can cover, down to the Lego Batman movie.

I’m also entertained by the fact that dates for “Unknown Movie (Marvel)” have been announced before the actual concept. Only in Hollywood.

This of course means they have several untitled projects (maybe a Hulk movie?) that they could slip into those release dates, and the powers that be are simply waiting on the call from preproduction. Won’t be long before they actually make the announcement.

Anyway, is the comic book movie market getting over saturated? It’s pretty easy to think so after looking at a list like this, and I’m tempted to roll my eyes. But the key thing to remember is that thanks to Marvel and D.C., “superhero” movies have been broadened to include more genres than just the men in tights gimmick.

These studios have proven that you can make movies that encompass genres that are faithful to their stories. Thor is a fantasy movie above all else. Captain America is a political thriller. And Iron Man is action comedy. With all of these movies telling different types of stories on different scales, I’m worrying less and less about over saturation. For now.

15 thoughts on “This Graphic Shows You Every Comic Book Movie Coming Out In The Next 6 Years.”