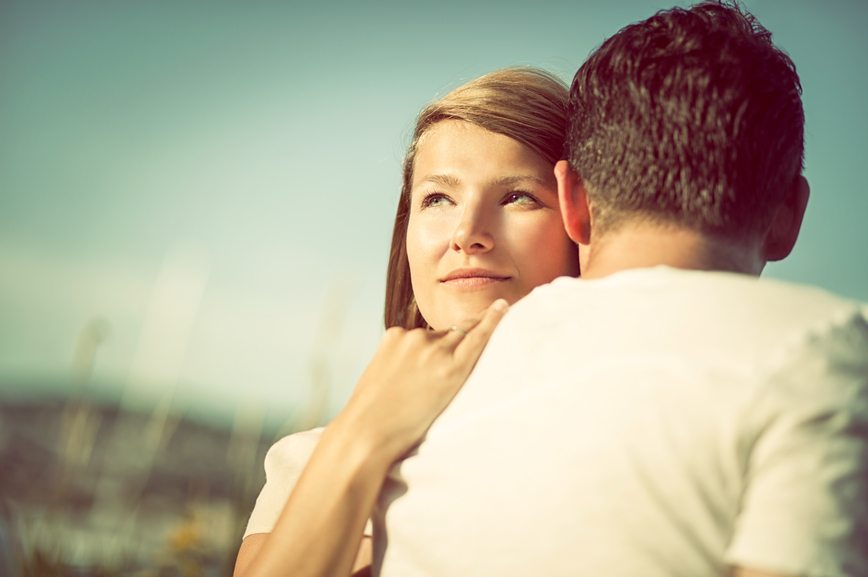 Is it love? Or is it unconditional love?

You’ve been friends with this person for months, maybe years.

Everyone tells you that the two of you are the next Harry and Sally, whatever that means.

You’re attracted to how easy and fun your platonic relationship is with this person.

And yet you still have no idea what to do about it.

Because the question of, “Will this ruin our friendship?” burns in your mind every time the subject is brought up or close to getting brought up.

Most people assume that the woman is always the one to hesitate in this respect, while the man is ready to move the friendship into something more.

This is definitely true in a lot of cases, but men go through the same thought process.

Ladies, I’ve come to believe something depressing: Most guys only want to become your best friend in order to date you.

I know this because I’ve done it, and so has almost every guy I’ve ever met or come in contact with. We talk about it. We don’t like to admit it to you.

Maybe there’s a bright side. Maybe it’s OK to be flattered by the fact that a guy is willing to be friends with you before harassing you with dating requests.

The only problem is that constructs like the friend zone require an immense amount of maturity to navigate, and most guys don’t have the ability to handle that. So for that, ladies, I’m sorry.

But know that even if the guy has an agenda, it can come from good intentions. He’s probably just handling it wrong. He’s attracted to you, but he doesn’t want to quickly ask you out before getting to know you (or he fears rejection…there are plenty of possibilities.)

Let’s be honest. This is borderline manipulative on his part. If the man in the friendship only wants to date you, then you’re in trouble. Every move he makes is going to work toward his advantage first and foremost — instead of yours.

He’ll talk trash about the guys you bring up in conversation (sometimes with clever subtlety), and he may even orchestrate ways to keep you from other friends and possible love interests. For that, ladies, I’m sorry. A lot of us are simply unprepared to handle the responsibility of delicate relationships like this, and human beings are generally terrible at being good to each other as is.

Here’s my story. I’ve always hated the idea of dating your best friend. I’ve never had luck with it, starting with the first time a “best friend” convinced me to stop dating someone else for her (Yes, it works both ways).

Of course, this was back in High School, and that dark four-year time period does a lot of damage to all of us. So much so that it took me years to recover and am still a changed person (she broke up with me a month later). Perhaps for the better.

You’d think I would have learned my lesson, but 5 years after that, the exact situation repeated itself. Best friend + lured me away from another girl = broke up with me a month (and 1 week) later. History repeats itself and all that. Only difference is that we’re still friends years later.

The good news is that these experiences have allowed me to appreciate the close friendships I’ve cultivated with women regardless of whether or not we would end up dating. It’s actually a freedom I wouldn’t dare discontinue.

The best part is that most of you ladies are actually willing to let a guy into your life without having an agenda of your own because most of you understand how a platonic relationship can be just as rewarding as a romantic one.

But this still doesn’t address the most important problem I see with people who are pressured into dating their best friends. Don’t get me wrong — I firmly believe that growing a romantic relationship from a close friendship is one of the best ways to find someone you can spend the rest of your life with.

We just need to take a step back and examine some things first.

First off, and this is for the men out there, be ridiculously honest. Communicate. If you are attracted to your best friend and you notice the friendship becoming more intimidate, tell the girl how you feel.

If you hold back or ignore your feelings, letting them fester unchecked, then you’re setting yourself up for inevitable pain. The friendship is at actual risk of being ruined when you wait far too long and then drop the “I have feelings for you” bomb. In other words, the longer you wait, the harder and riskier the conversation will be.

The key is to be transparent before you start building a close friendship. If you haven’t asked her out yet because you want to be friends first, then let her know. Let her know that you are attracted to her, but you’re willing to stay friends and be platonic, at least for now. If she isn’t fine with this, she now has a chance to opt out. The same works the other way around.

And if the truth is that you only want to be her friend for the sake of a romantic relationship, then walk away and do some soul-searching. Guys, there is much more to life than seeking a wife, and if that’s all you want from women you aren’t related to, then you need to be single for a while.

So tell the girl how you feel before you let the friendship progress, assuming you have strong feelings in the first place. If it’s basic attraction, you likely don’t need to say anything depending on your maturity level. We’re talking about actual, heart-ready feelings and a craving for true intimacy.

The worst case scenario is that she won’t reciprocate your feelings, but she will hopefully appreciate a clearing of the year. She doesn’t have to wonder what your intentions are. There’s no room for awkwardness anymore because you’ve filled it with a possibility of honest friendship.

At this point, you’ll know exactly where you stand with the other person, and you don’t have to begin pining away for someone who will always see you as a friend and nothing more. You can finally invest healthy emotions into the friendship, which means you both benefit.

Do you know why most friendships end when the guy does tell the girl how he feels? Resentment. Either he will resent the girl for rejecting her when he was so sure she wouldn’t (perhaps because he waited too long), or she will resent him for having an agenda.

This isn’t a science, but don’t wait too long. Prevent resentment by promoting transparency. You can’t resent someone for being honest with you from the beginning.

If she rejects you, then I can almost guarantee that the girl will stay friends with you, and if she doesn’t, it’s fine to move on.

After all, she’s not stupid. She’s likely wondered whether or not you have “other” feelings, and she’s probably waiting for you to just be honest about them.

Ladies, be ridiculously honest. Men can take it. Leading us on for the sake of sparing our short-term emotions can do more damage than you might realize, even if you’re unaware of whether or not you’re leading a man on.

That said, handle with care. If the man is willing to talk to you about how he actually, brutally feels, then you’re dealing with someone who is worthy of being your best friend. Why would you want to be confide in someone who doesn’t have the integrity to let you know exactly what the deal is?

Finally, and this is for everyone, you don’t have to date your best friend. You just don’t. Don’t let the pressure from other people and external obligations dictate your personal life.

I think for some of us, we want to date our best friend because we may not be confident in our ability to find compatibility with another human being from the ground up. But do you really believe the odds are against your favor that much?

Give yourself, and the world, a little credit.

21 thoughts on “How Not To Date Your Best Friend”